People want to name a Toronto laneway after Degrassi's co-creator

The daughters of Toronto producer Kit Hood, known for launching the careers of Degrassi stars Drake, Nina Dobrev and Shenae Grimes, would like to leave a lasting legacy in Toronto of their father.

Christopher "Kit" Hood, the co-creator of Degrassi died in January of 2020 at the age of 76.

Hood along with Linda Schuyler were the creators behind the first show Kids of Degrassi Street along with other parts of the series franchise including Degrassi Junior High.

Now, Hood's daughter Georgia Hood hopes to name the laneway behind 935 Queen St. E., where Hood and Schuyler's production company Playing With Time was once housed.

Hood has launched a petition and is looking for neighbourhood support to get the laneway named "Kit Hood Lane" or "Kit Hood Alley."

Please share this post if you can. Renaming this lane way would be a lovely tribute to Kit Hood and the impact he made in Canadian children’s television

"I am just trying to find a way to honour my dad," Georgia tells blogTO. "My father died quite suddenly and I have been wanting to do something to remember him."

Hood says she was walking the lane and noticed how it is a "wreck" with cracked pavement, weeds and graffiti. Later, she would like to tidy up the lane as well.

Kit Hood was involved from the beginning of the Degrassi, says Georgia.

"It (Degrassi) was very local," she says. "All the kids were local kids — they weren't actors."

Georgia even recalls helping out with traffic control on set when she was about 12 years old. 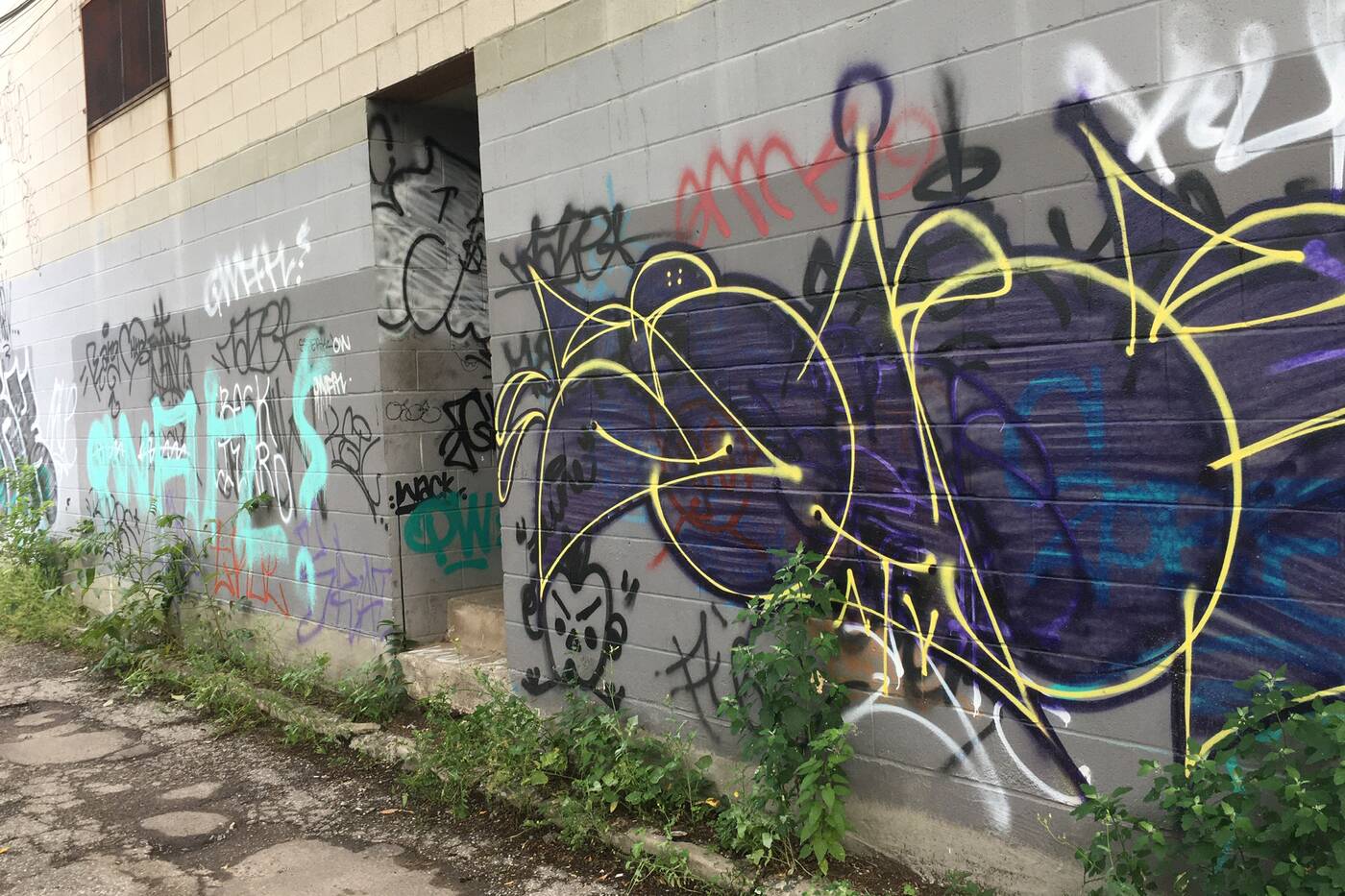 Degrassi was ground-breaking in dealing with such taboo topics at the time as abuse, neglect, teen pregnancy, abortion and sexual orientation.

"They were very much pioneers in the ways they went about story-telling."

Georgia says her father mentored former Degrassi actors and those involved in the show for many years. In addition to Degrassi, he worked in cinema and Walt Disney productions in London.

After he retired, Hood rented the Playing With Time offices to Woodgreen Community Services and the Red Door Family Shelter which acted as an emergency shelter and support for women and children affected by domestic abuse, families experiencing a housing crisis and refugee claimants, she says.

Georgia hopes people will support the laneway name as it helps "build community connections, good will and a feeling of neighbourhood pride."

After she gets enough support, Georgina will take the petition to The Laneway Project.