Local businesses are fed up with a stalled TTC construction project that has turned an already confusing Toronto intersection into an even bigger nightmare.

The King-Queen-Queensway-Roncesvalles (KQQR) intersection was partially shut down on April 5th, just before the start of an especially crucial patio season for restaurateurs.

The closure — necessary to replace streetcar track, overhead wires, water main and sewers — has dragged on far too long for the liking of businesses in the area.

Frustrations are now boiling over after over a month of inactivity on the project and a lack of dialogue between local businesses, the City, and the TTC.

The TTC issued their last update on the project back on July 20th, stating:

Over five weeks of inactivity later, the noncommittal language of this construction notice is making area businesses uneasy about the remaining patio season, most suffering immensely after paying continued overhead through extended lockdowns.

Peter Morrison, Owner of Easy Breakfast — a local establishment open since 1999, known for their all-day breakfast and huevos rancheros — has been particularly hard-hit by this stoppage in work, telling blogTO "we're not doing that great." 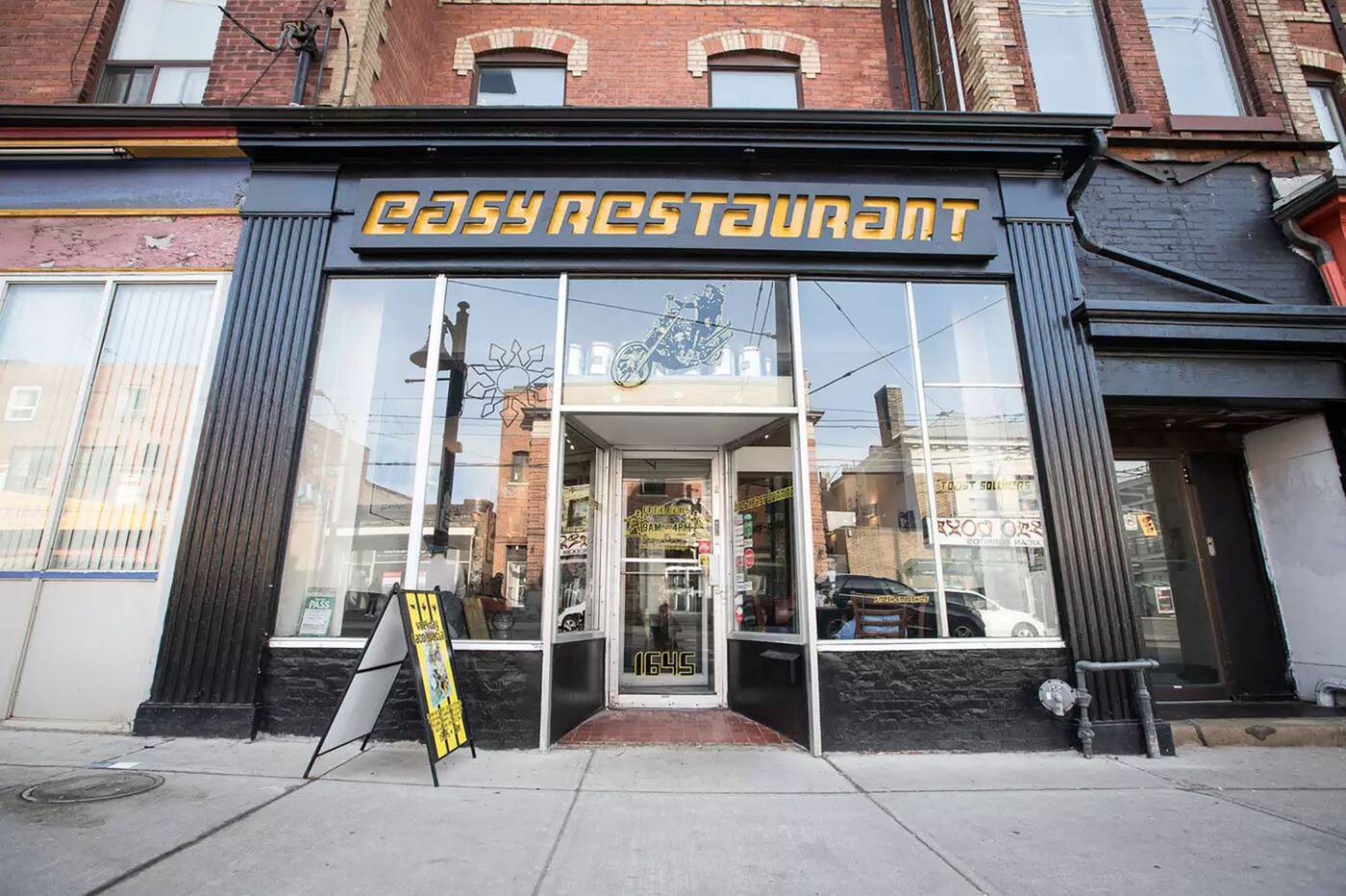 "We're nowhere near our pre-pandemic levels, and we can only serve so many people inside. I was assuming that I was going to be able to set up my patio, but on July 21st, I was told by TTC and By-law officers that I wasn't allowed to do that due to the construction zone not being cleared."

The patio season is fading fast with Labour Day approaching, a crucial summer for business owners under pressure to recover from losses incurred during the lockdowns.

"I got a CafeTO permit in the interim, but I can't put my patio back up until they clear those fences, which have been sitting there for over five weeks with nobody working around them," said Morrison. 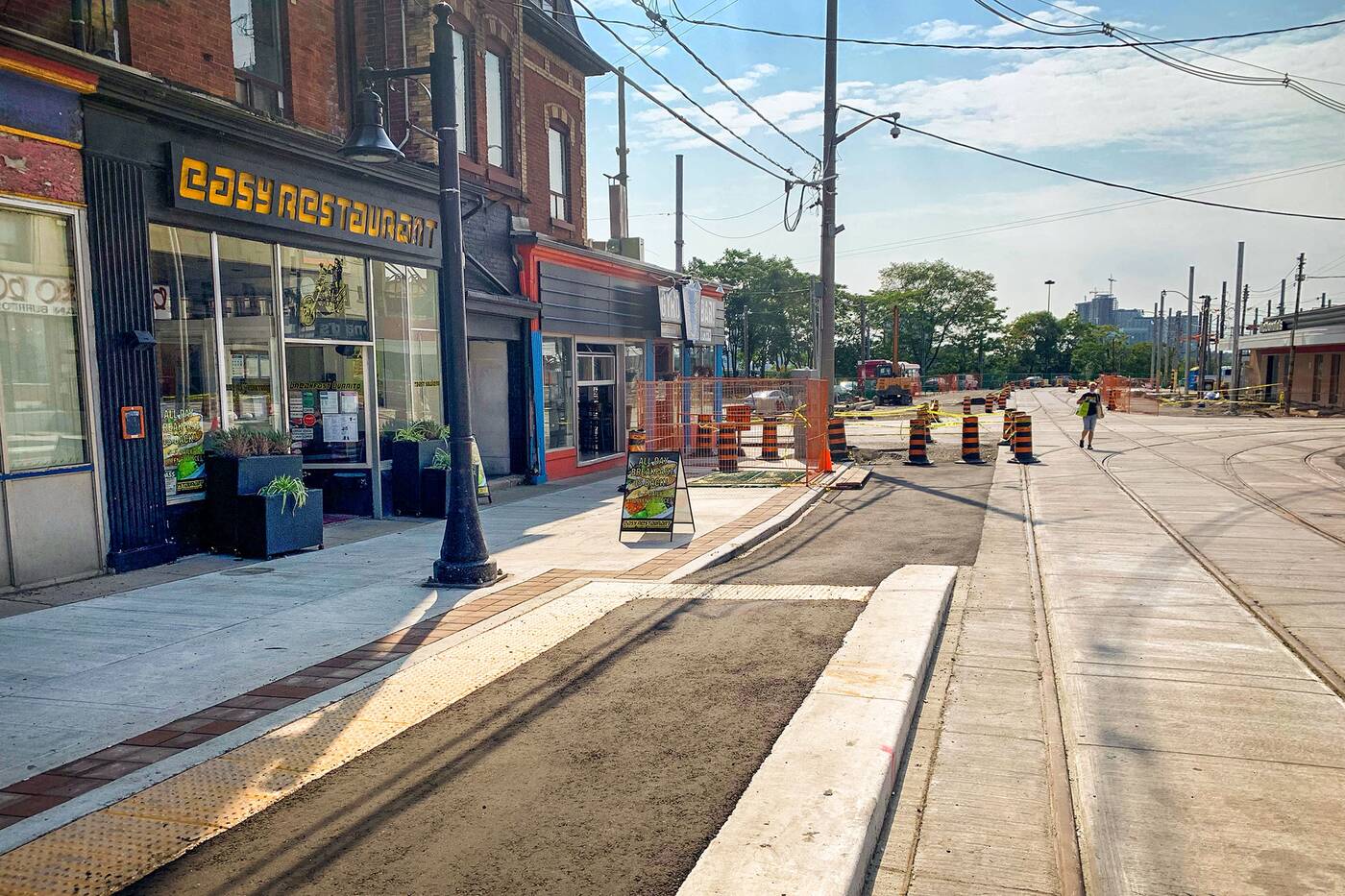 "Business owners in the area are getting desperate. They're getting angry because nobody is reaching out to us or helping us. You can see garbage all over the street, construction materials are lying around. It looks closed for pedestrians. It's tough. There's no traffic."

Hanna Stewart, Senior Communications Coordinator at the City of Toronto, tells blogTO, "An unforeseen utility conflict created a delay while installing new hydro poles at the KQQR intersection, which required detailed design modifications to ensure the safety and integrity of the intersection's infrastructure both during and after construction."

"The contractor is resuming construction work at the intersection this week and the City of Toronto is coordinating this critical work with local businesses, BIAs, utility companies, the TTC and other organizations and stakeholders in the area to carry out construction in a timely manner and reduce impacts as much as possible," says Stewart.

"In partnership with the Parkdale Village and Roncesvalles Village BIAs, the City continues to encourage residents to continue to shop and dine locally and sent approximately 4,000 Shop Local flyers to households in the area earlier this summer. An updated construction schedule is being finalized and will be posted on the website soon." 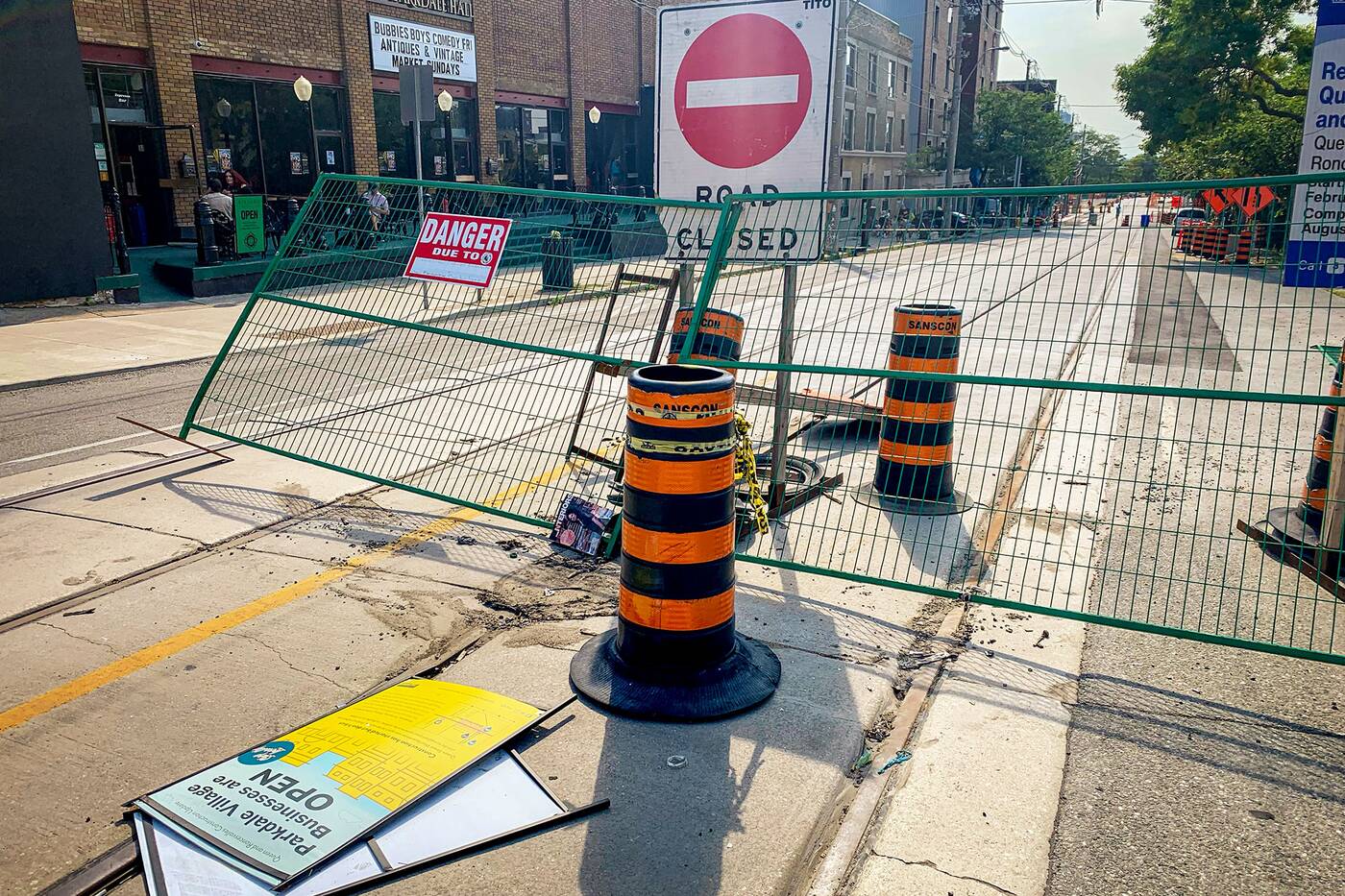 Closed off intersection is making it harder for businesses to survive. Photo by Peter Morrison.

Morrison says that there has been no communication with local Parkdale-High Park Councillor Gord Perks throughout the ordeal: "He hasn't come to our business to see how we're doing. He's been no help."