Two Toronto magnet fishers, known as the Sludge Pirates, pulled in a surprising and terrifying haul from the busy harbourfront area.

Two Toronto actors and friends Neil Girvan and Evan Sabba took up magnet fishing as a way to pass the time outdoors during the pandemic and made a YouTube show about their interesting finds.

Over nearly a year of magnet fishing, they have found old knives, pop cans, a school chair covered in molluscs, a grocery cart and a pile of CNE Casino slot machine coins.

On July 21, the Sludge Pirates dropped their magnet in the busy harbourfront area at the foot of Spadina Avenue. Girvan and Sabba tell blogTO they have fished there before but this time the Empire Sandy had moved opening up a new spot to drop their magnet.

In the video released on July 31, they are clearly excited when Girvan pulls up a piece of an old gun.

"That's a gun…this an old gun pulled out of this lake," says Girvan.

Girvan looks at the gun and finds there is a sight and wood.

"This is an extraordinary find – it's like an old British soldier find," says Sabba.

Then Sabba announces he has found another gun, the first of four. 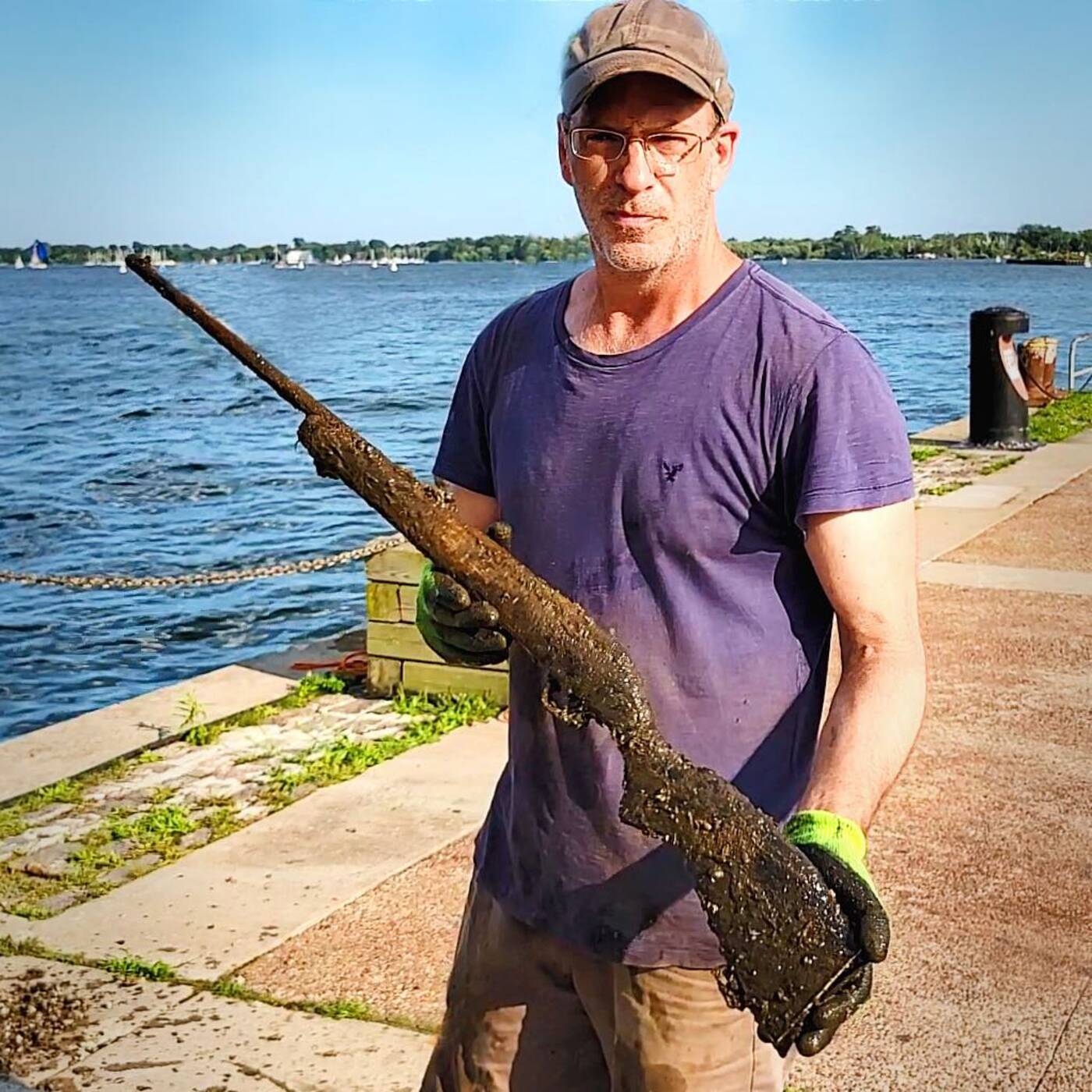 Neil Girvan shows one of the rifles the Sludge Pirates found in the Toronto Harbour.

"We caught four rifles in a row after that (the first piece of a gun)," Girvan tells blogTO.

Recently the duo found a safe but the guns are the most exciting thing they have pulled out of the water thus far, Sabba says.

"These guns they were a complete shock — I mean you are not expecting to pull guns up from the harbour," Sabba says. 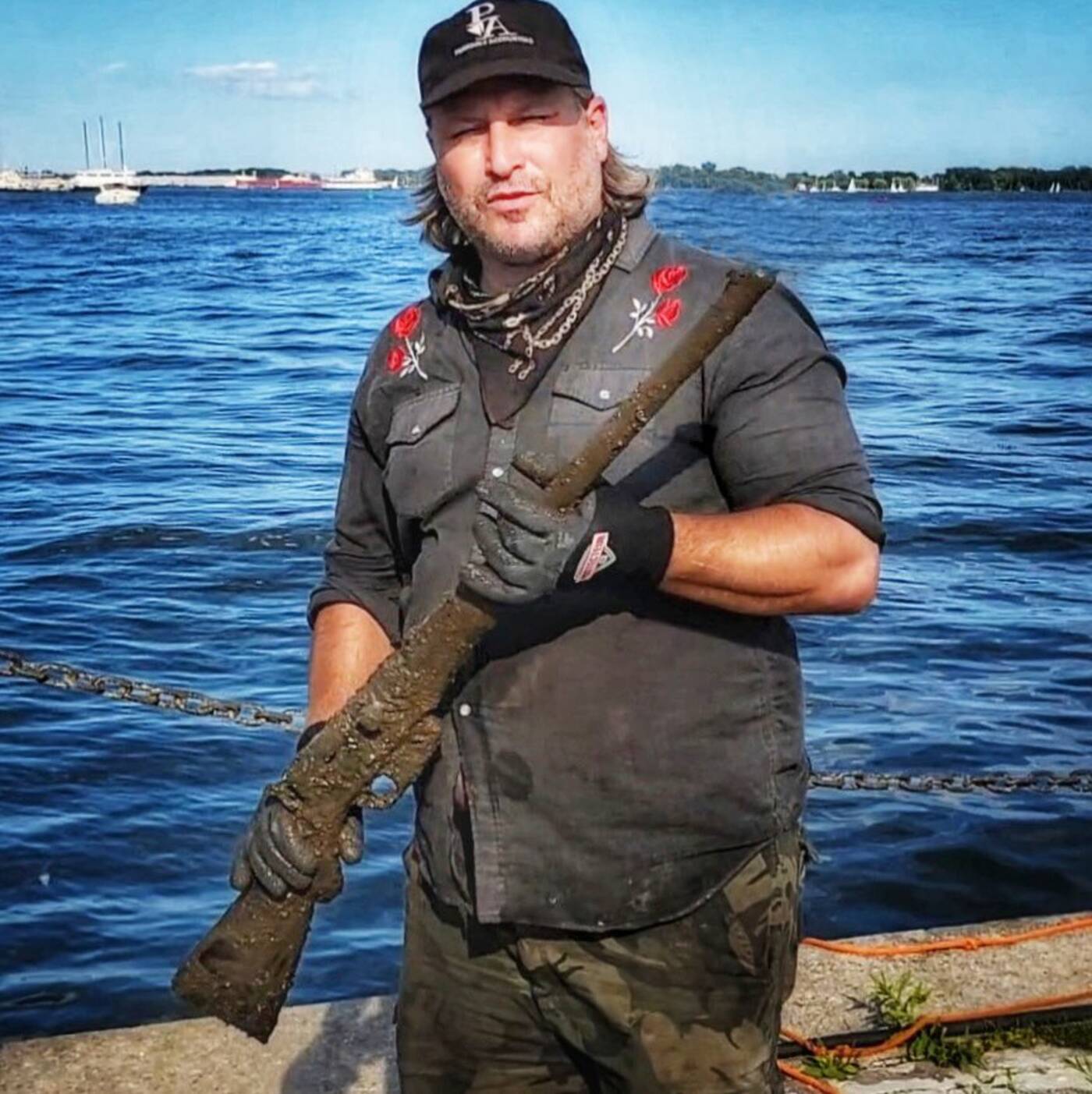 Evan Sabba shows one of the rifles found at the Toronto harbour.

Focused on their find, they had no idea people in area condos and passersby were watching and several decided to call police. The police pulled up in a boat just as they were bringing up the last rifle.

"They (the police) said the switchboard lit up about two men pulling rifles out of Lake Ontario," says Girvan.

The police were friendly but they had to confiscate the guns for safety reasons and to investigate the origin of the guns. In addition, people in Ontario aren't allowed to have a gun without a license. Toronto Police Service sometimes has programs to take back unwanted guns. 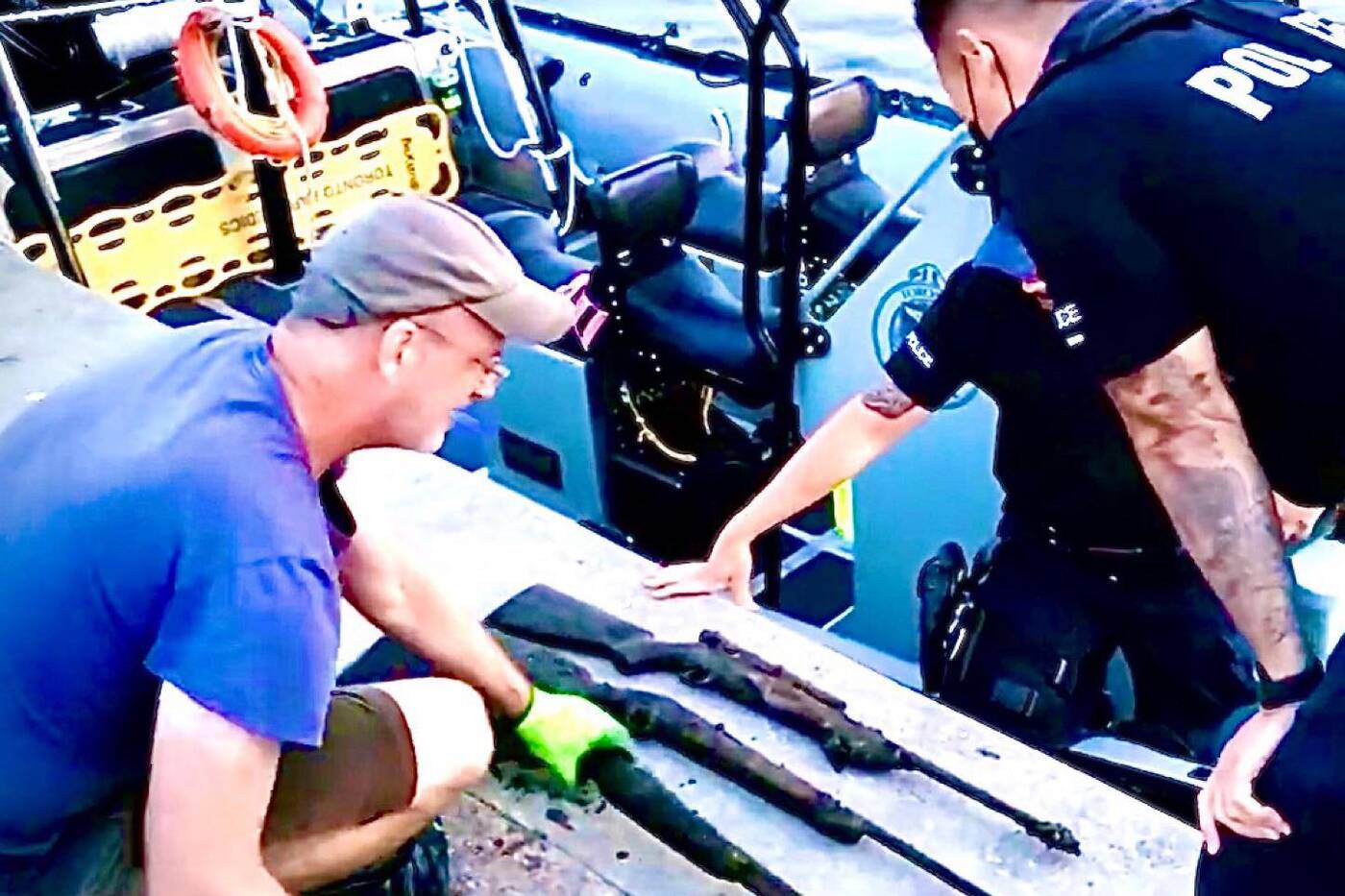 Two of the guns were identified as a Marlin Lever and Remington Model 8.

As of Aug. 5, the police are analyzing them and checking to see if they have been used in a crime.

"If they haven't been used in a crime, they will be released back to us," Girven says.

People on social media told the Sludge the Marlin Lever looks to be 50 or 60 years old. Sabba thinks the guns may have been in the water more than 20 years. Condos have built up in the area over the last 25 years and it would be difficult to dump guns undetected now. 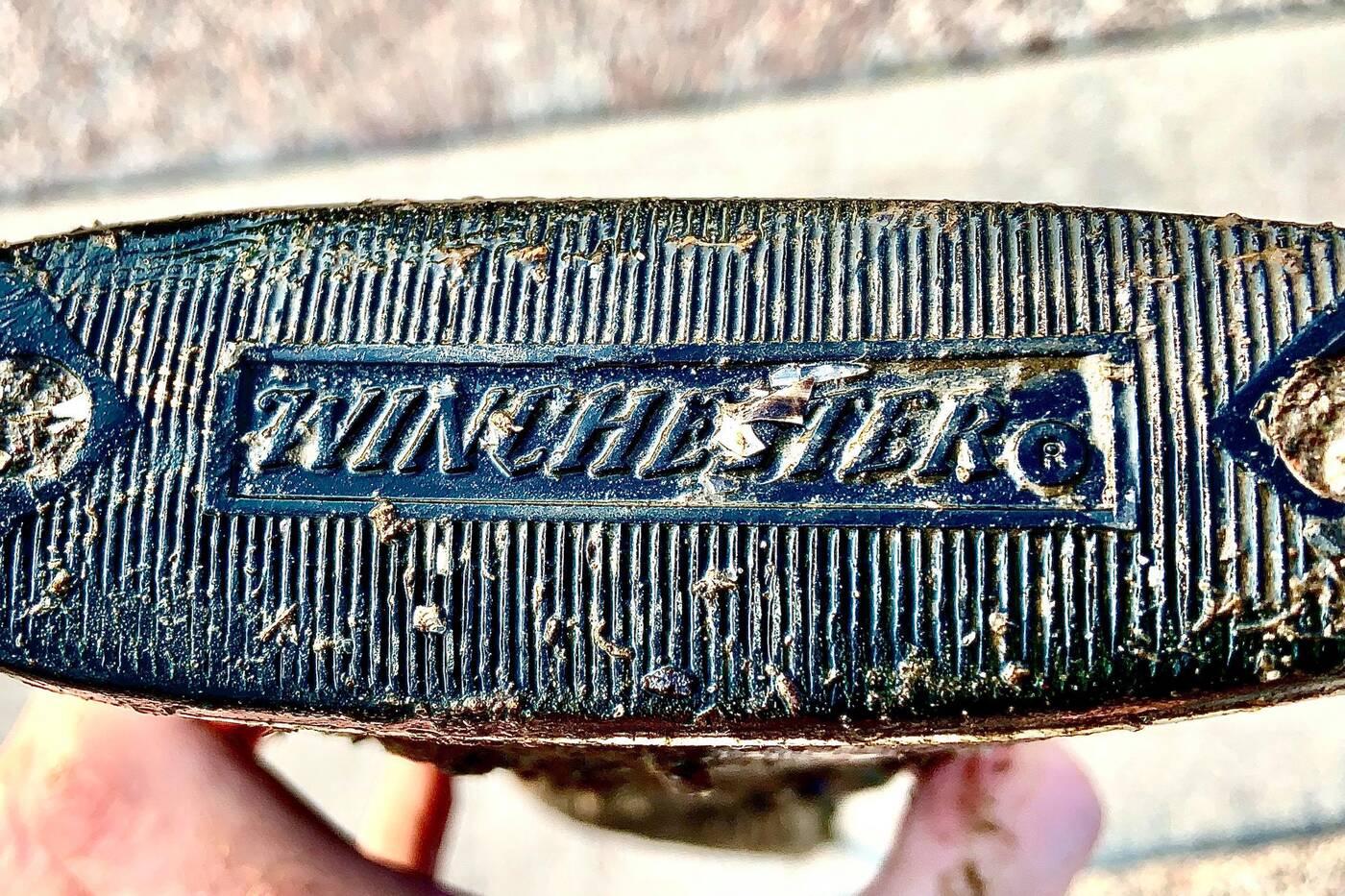 One of the guns is a Winchester.

While it is possible the guns were involved in a crime, a more likely possibility is that someone who inherited the guns dumped them, unsure of how to deal with firearms.

Once the police are finished their investigation, the Sludge Pirates hope to get the guns back to clean up and hang on the wall or sell.

Girvan and Sabba say they have returned to the same spot and fished for hours but didn't find anything else. They plan to return again in the future.