As anyone living along or near pretty much any major downtown Toronto street can tell you, watermain replacement is a huge thing in the city right now. And every summer, pretty much. 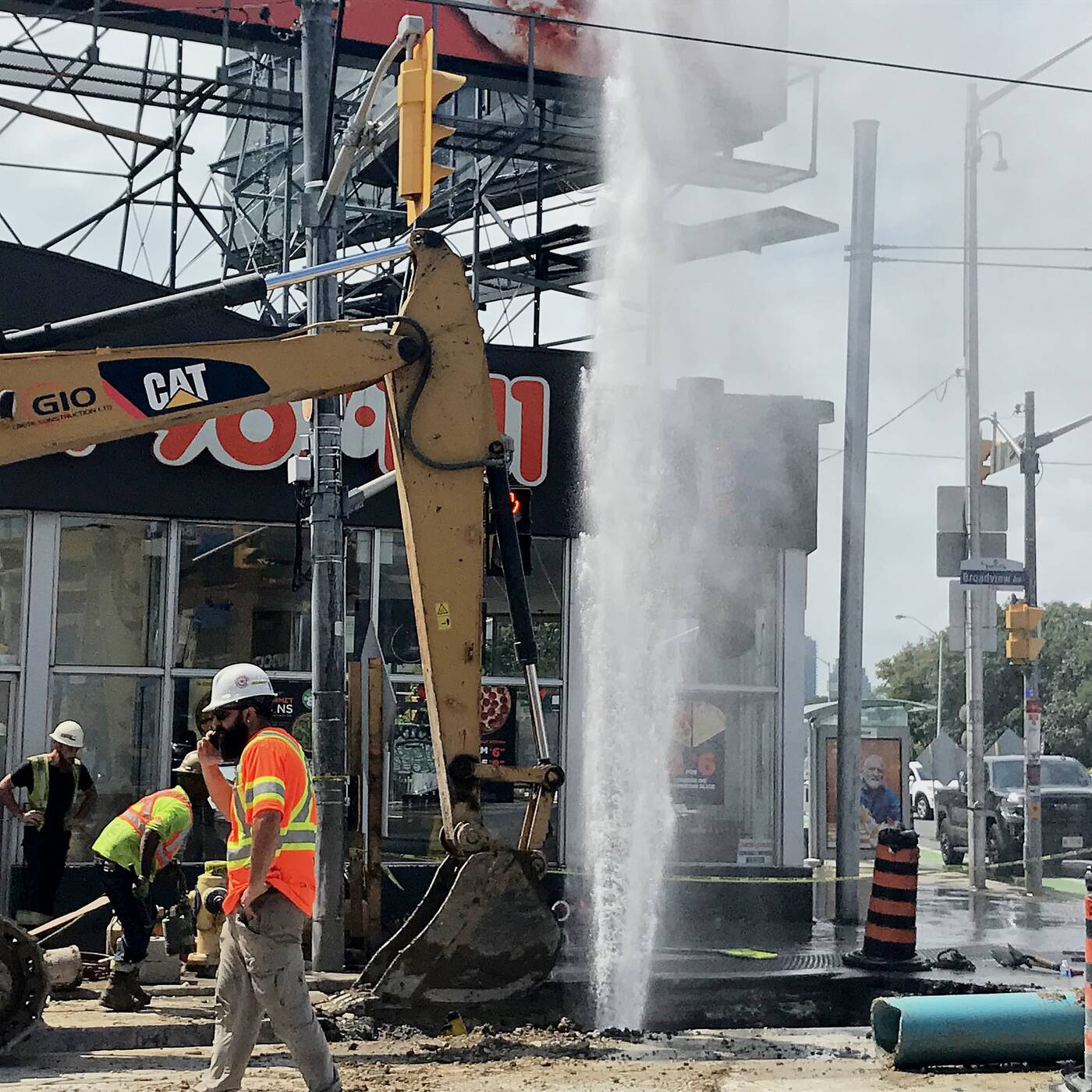 A watermain pipe break gave the Pizza Pizza at Broadview and Danforth a thorough soaking on Wednesday afternoon. Photo via Bonnie Hewitt.

Watermain replacement work started on Broadview Avenue, from Danforth Avenue to Gerrard Street East, back in May of 2021. It was supposed to have been finished by the end of this year, but the city announced in June that the project had been delayed by a materials shortage.

Work has now resumed, but not all is peachy keen, as locals reported that a break in one pipe had caused water to burst forth into the air right at Broadview and Danforth. 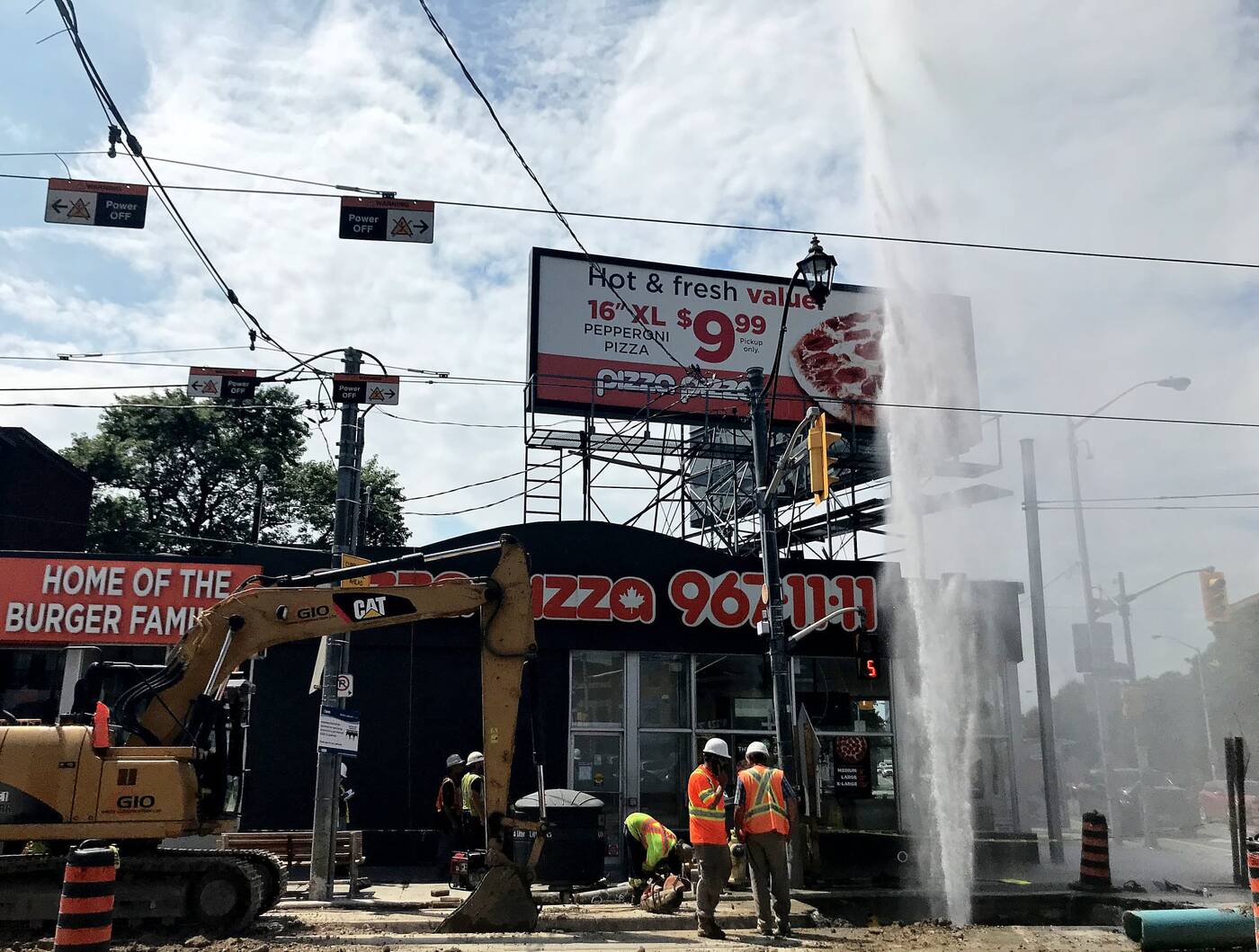 People weren't exactly mad about this surprise geyser, given how hot it's been outside in Toronto lately. Photo by Bonnie Hewitt.

City of Toronto officials were not immediately available for comment, but witnesses say that construction workers accidentally (I hope) broke the very watermain they're trying to replace.

Whatever the case, nobody seemed particularly mad about it as we head into another brutal heatwave. It was actually pretty cool.

Describing the incident as "a bit of excitement," local resident Bonnie Hewitt said she saw the geyser around 3:30 p.m.

"I don't know when it started, but there were already puddles, so it started sometime before," she told blogTO. "They finally used the bulldozer to stop it, around 3:45." 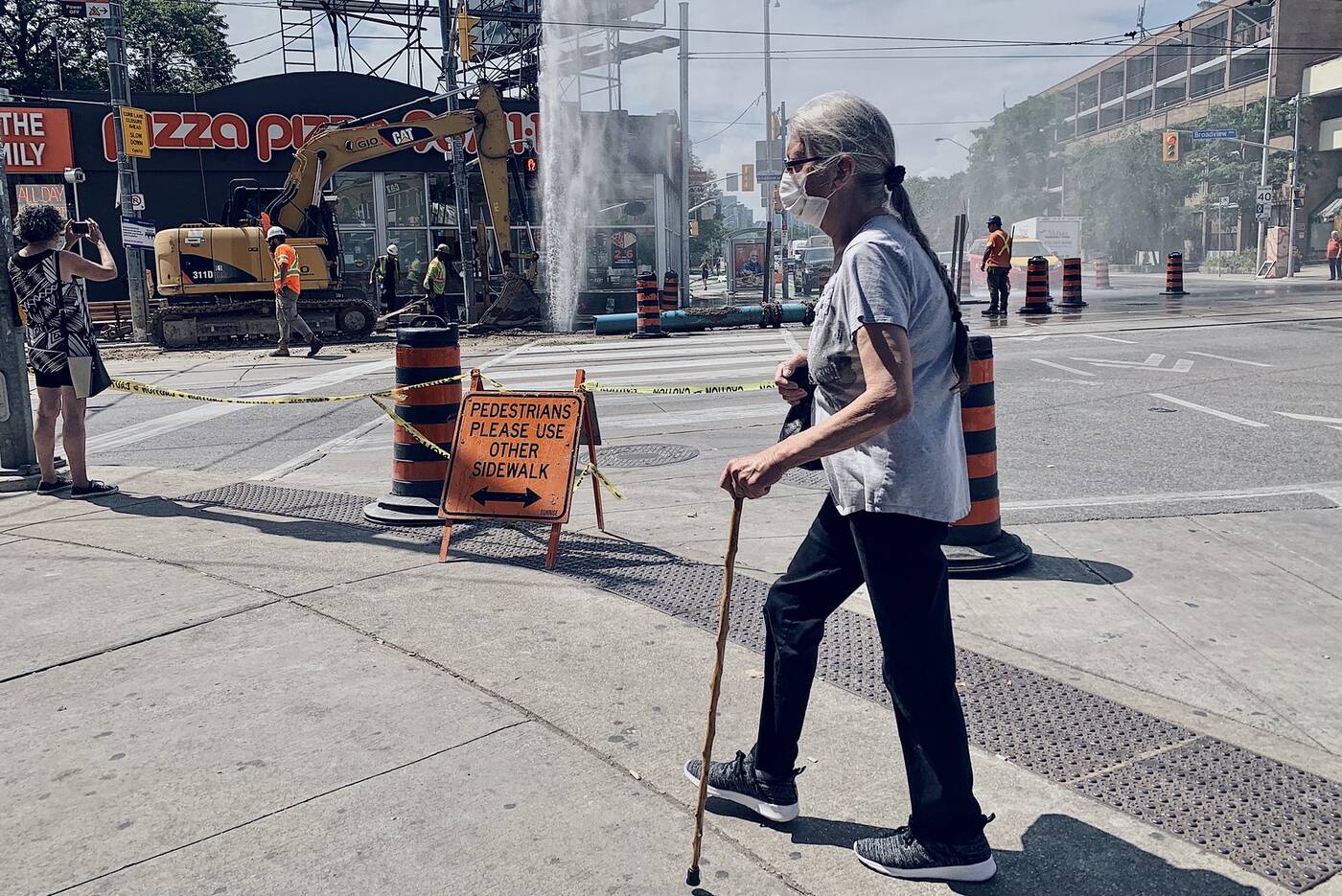 Pedestrians were diverted after the geyser sprang, but traffic — already impacted by roadwork — was not much further affected. but Photo by Dominic Bugatto.

It may not have lasted too long, but the geyser did make for some beautiful pictures before it was capped off and closed.

"These photos have that Toronto archives vibe to them!" commented one person in a Danforth community Facebook group.

"Oops but refreshing on this humid day!" wrote another.

It would be hard to argue with either of those statements.