Toronto went to great lengths to close illegal cannabis shops a couple of years ago but now as the city is overflowing with weed shops, a few unlicensed locations continue to thrive.

In an attempt to halt business at illegal dispensaries, the city installed huge cement blocks in front of the entrances in 2019.

That didn't stop Cannabis And Fine Edibles (CAFE) who continued to sell products outside the store.

The blocks were eventually removed and some of the unlicensed shops continue to operate, including CAFE. The popular dispensary even had a petition launched to keep it open.

"Marijuana is legal. Why spend tax payers money trying to shut down a business that is in favor of the people? CAFE is for the people," wrote one signee. "The government is just trying to make money off of individuals who truly need their supply."

The petition nearly reached 5,000 signatures but CAFE appears to have remained open anyway.

CAFE did not respond to blogTO's requests for comment.

The Alcohol and Gaming Commission of Ontario (AGCO), which licences cannabis shops in Ontario confirmed that none of the locations are authorized to open. 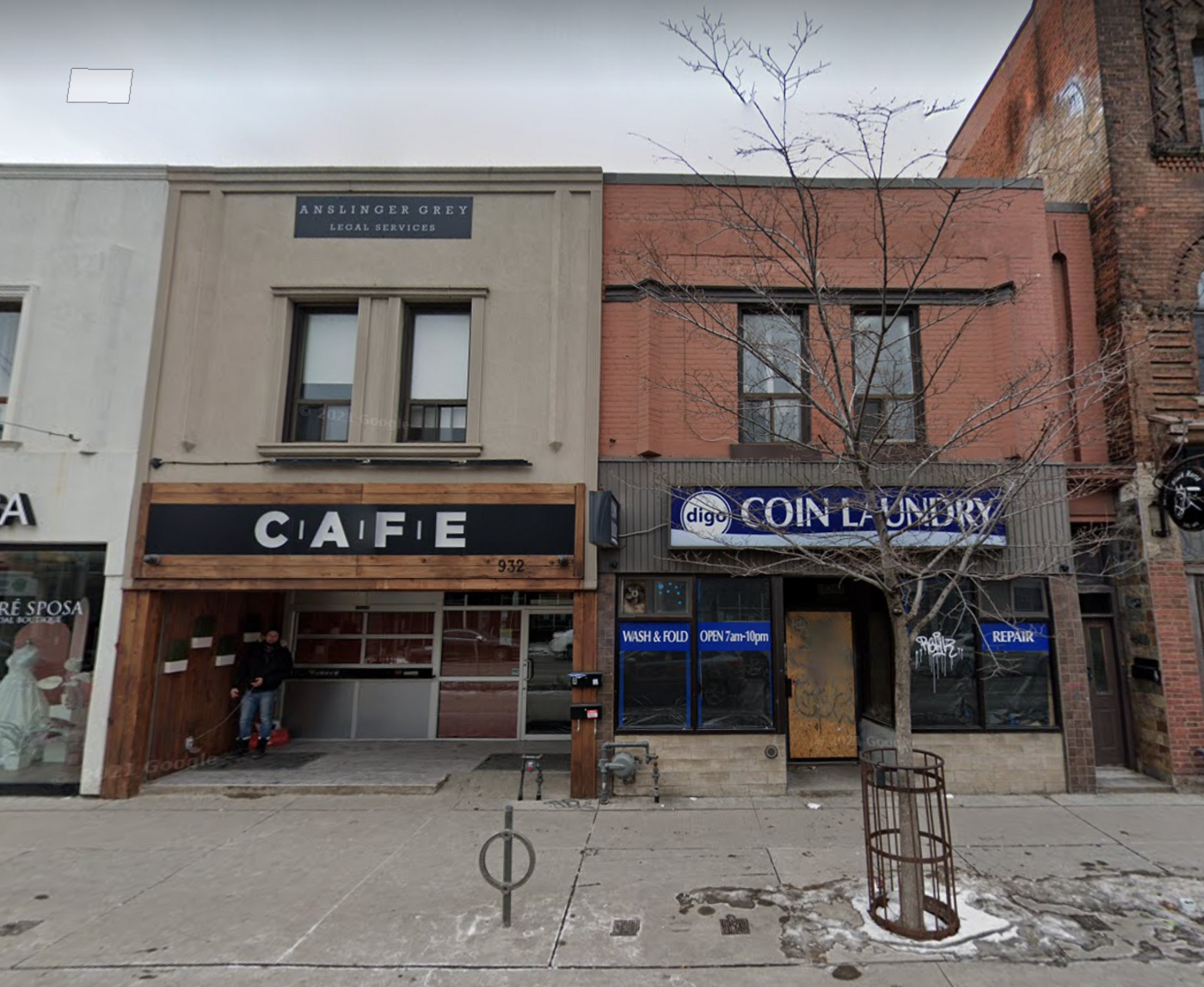 The CAFE location on Bloor Street in early 2021.

"These locations have not gone through the due diligence and eligibility process to obtain an AGCO Retail Operator License (ROL) and a Retail Store Authorization (RSA)," the AGCO said.

The city has laid numerous charges against the owners and operators of CAFE, the spokesperson said.

Because the case against CAFE is before the courts, the city cannot provide further information.

But they did say that charges under the Cannabis Control Act could total up to $250,000 and operators could face imprisonment of two years less a day.

Corporations can be charged a minimum of $25,000 and up to $1 million. Following a fine, the Justice of the Peace can also issue a closure order against a property for up to two years, which means the property cannot be rented to another individual or company.

Charges under the Cannabis Control Act are considered a provincial offense.

Cannabis shop operators that have been fined are also no longer eligible to apply for a legal cannabis retail licence under the Alcohol and Gaming Commission of Ontario.

CAFE opened its first location in Toronto's CityPlace neighbourhood in 2016, before expanding to four shops around the city.

Jon Galvano, the co-founder of the chain died in Mexico in May. Galvano co-founded the business alongside Wesley Weber, a life-long friend, according to CBC. Weber was "one of the most well-known counterfeiters in Canada," according to a Bank of Canada report.