There have been a number of proposals for an elevated park in Toronto that would be reminiscent of New York City's lauded High Line, whether its the transformation of an old rail bridge into a nature trail, a soon-to-be-decomissioned LRT line into a cool public space or an ambitious "Green Line" through a hydro corridor.

The latest addition to this list of suggestions is one that would see a complete revamp of the city's tallest bridge that carries one of its busiest thoroughfares.

The bridge could look like a much improved, almost unrecognizable version of its current self (to the inevitable chagrin of drivers). Rendering by Farrow Partners.

The complete reimagining of the Prince Edward Viaduct — more casually known as the Bloor Viaduct, where that street turns into Danforth Ave. — comes from Toronto-based architecture firm Farrow Partners, which wants to extend current sidewalks into the five lanes of traffic and create a new offering for residents.

There would be space for seating, public art, market stalls, events, flora and more along promenade sections, which the company hopes would make a new "civic, social, and pedestrian centred destination for Toronto" with a killer view, similar to the High Line (but admittedly on a smaller scale). 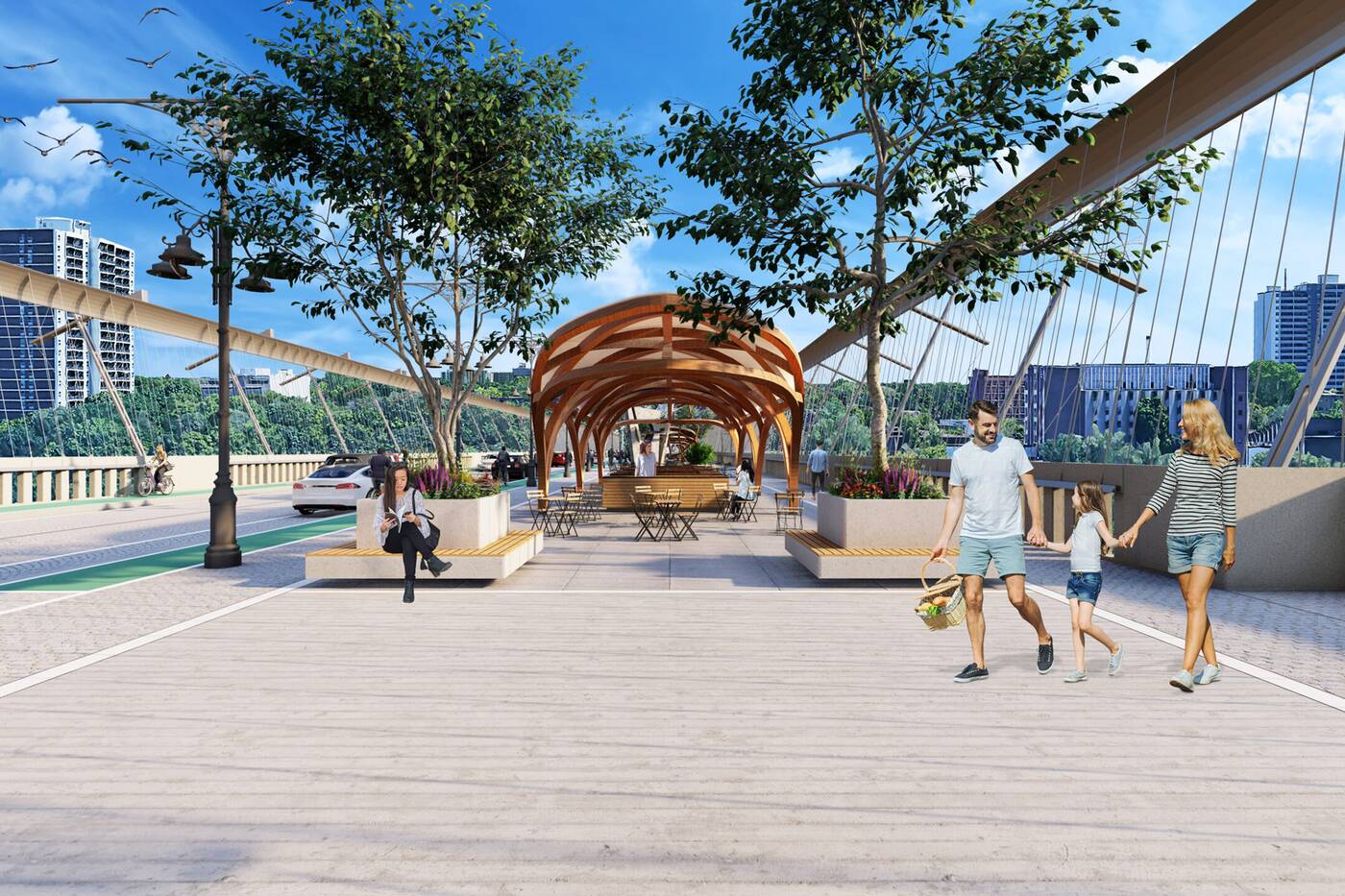 "Mixed-use market-like pavilions" would house various vendors of food, goods, and more along the bridge. Rendering by Farrow Partners.

What is currently to some considered a "desensitized space, empty and devoid of pedestrian life" could be enriched with opportunities for shopping, socializing and other activities along a historic piece of infrastructure.

There are also plans to use the space as a connector to the Don Valley's extensive trail network and other green spaces through stairways and an elevator system. 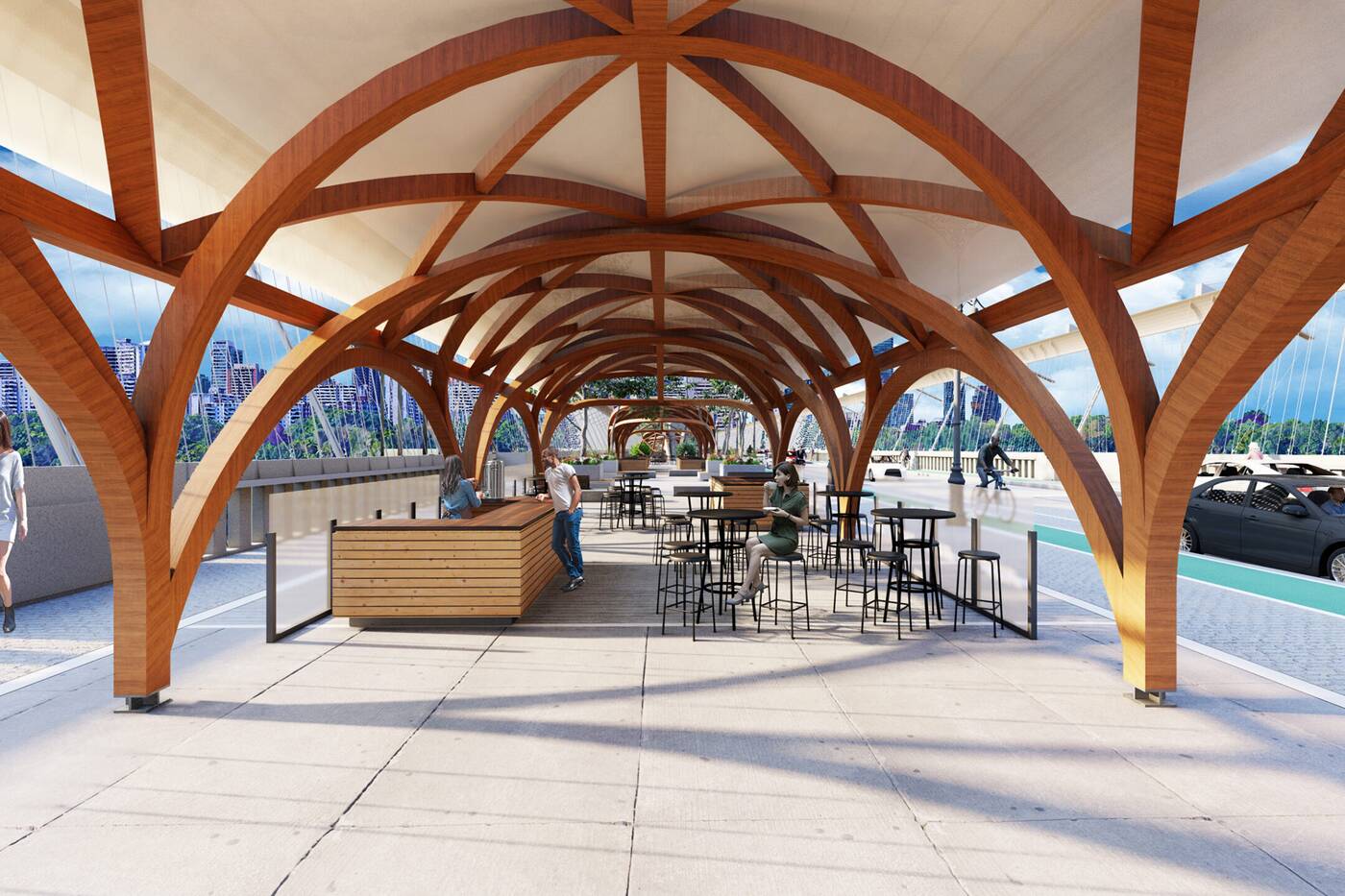 There could even be different curbside dining options, much like the CafeTO program. Rendering by Farrow Partners.

"What the pandemic has show us is that we need to reimagine our public realm to be friendlier and inviting to pedestrians, versus car dominated streets," Farrow writes in its summary of the project.

"Co-creatively imagining and exploring varying ways that might make the Viaduct a more inviting and celebrated community place seem like a fitting challenge as we make our way out of the pandemic, through a shared and participatory discourse: about opportunities for health-oriented thinking at an urban scale."

The enhancement to the public realm would be undeniable. Rendering by Farrow Partners.

Though the idea would be a beautiful and very feasible contribution to civic space in the city, the reduction of car traffic to one lane in each direction would very likely piss off Toronto drivers.