After nearly seven years of ideation and planning, the City of Toronto is finally revealing designs for its own version of New York's High Line — the famously-inventive public greenway built atop an abandoned freight rail line in Manhattan a decade ago.

Called the "Green Line," Toronto's new linear park will be located across a 5-kilometre, provincially-owned hydro corridor that stretches roughly from Lansdowne and Davenport to Spadina and Dupont.

It won't be elevated like the High Line, but the Green Line holds plenty of promise as far as public revitalization projects go.

More than 30 new public parks are proposed as part of the connected east-west green space on the west side of Toronto. Image via DTAH/City of Toronto.

"Finding new space for parks in an increasingly dense city is a
challenge," reads the executive summary of a recently-released Green Line Implementation Plan from the City of Toronto and Park People.

"Recognizing a rare opportunity for new parkland, the vision for the Green Line is to transform a currently in-use electric transmission corridor into a five km-long connected park and open space," the document continues."

"The creation of a connected series of open spaces within this corridor has been a goal of local citizens and the City of Toronto since before amalgamation." 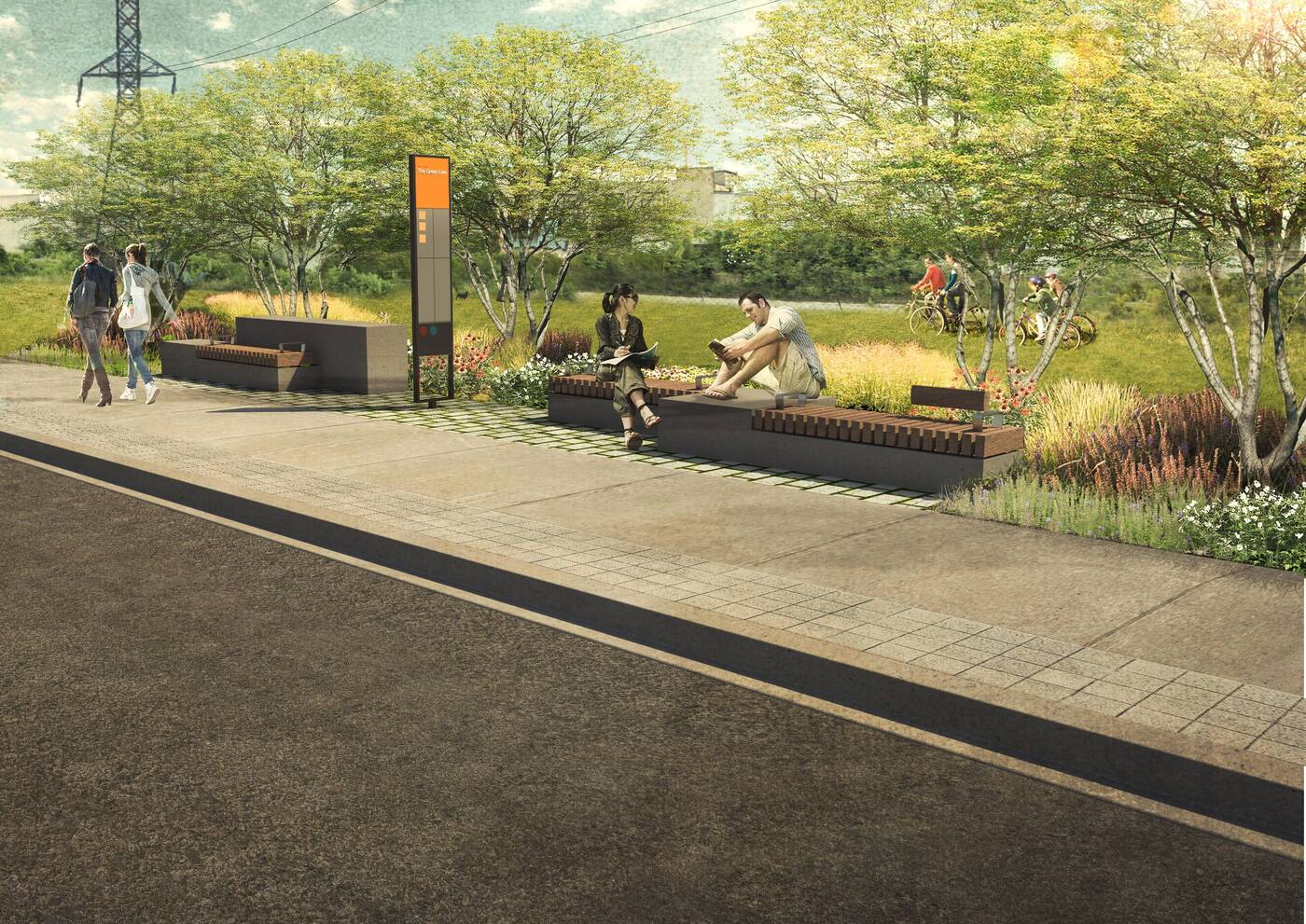 One of the Green Line's key features, according to the plan, will be a "safe, convenient, and connected pedestrian system" across the entirety of the corridor. Image via DTAH/City of Toronto.

Prepared by a team led by the acclaimed landscape architects DTAH, the implementation plan breaks down the east-west corridor into six "character areas," each of them named for adjacent neighbourhoods and dominant land uses.

More than 20 different projects are proposed throughout the stretch, with timelines varying from immediate (0-3 years) to "longer term" (up to 10 years).

Multiple community gardens, for instance, are proposed in different parks that will be encompassed by the Green Line, as well as gathering plazas, public art, dog parks, open play areas and "habitat planting" zones.

Community members will have a chance to object to any of these ideas, of course, before they come to fruition. 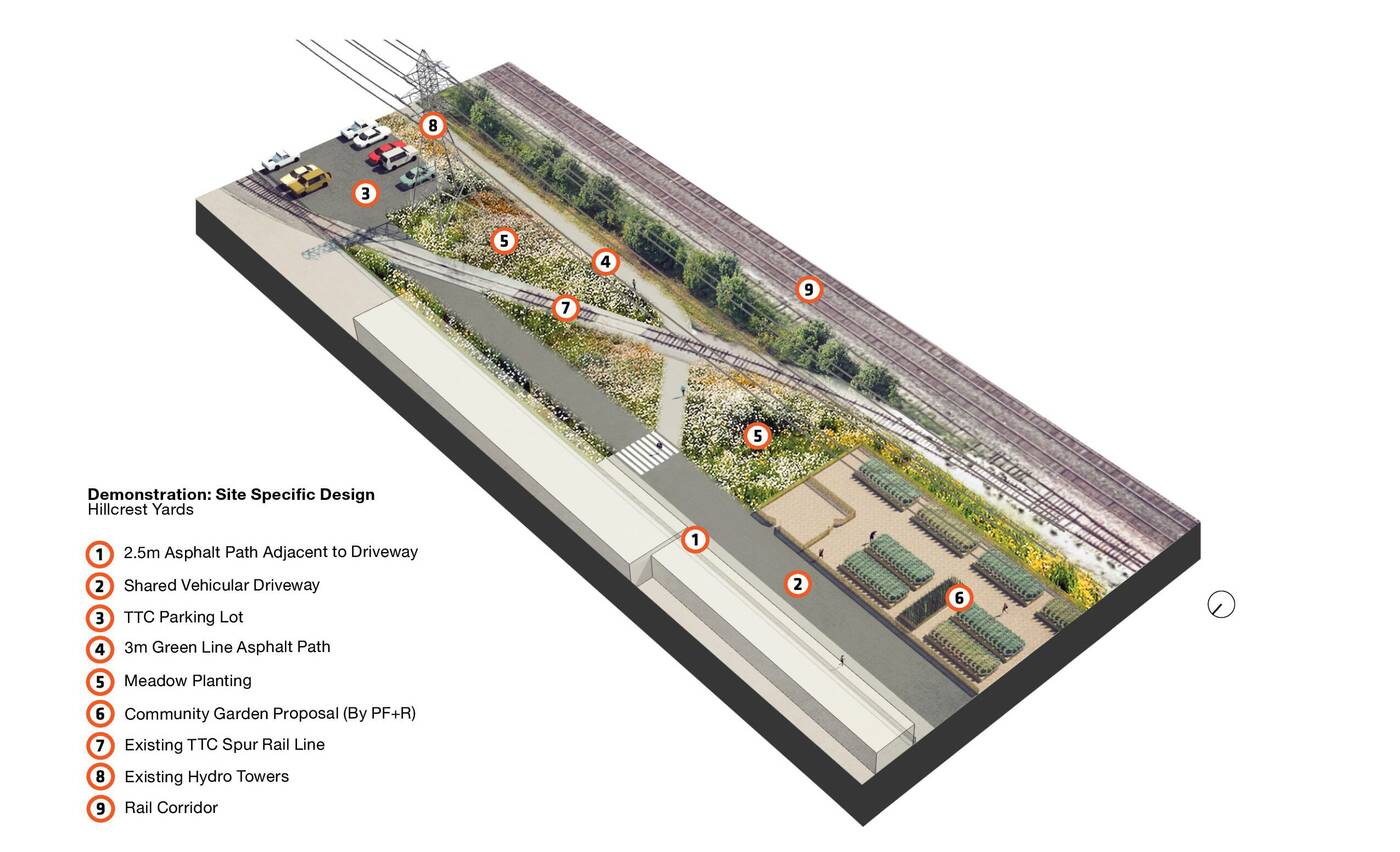 Public art, seating, wayfinding fixtures, and public amenities are but a few of the considerations discussed at length in the new Green Line Implementation plan. Image via DTAH/City of Toronto.

This goal of a continuous green corridor just north of downtown Toronto has been a goal for the city since at least 2012, when it launched a design competition asking "architects, landscape architects, designers, planners, artists and community members" to "propose how a piece of infrastructure can be transformed into exemplary public space."

DTAH was brought in a few years back to develop a comprehensive vision, which was eventually translated into 46-page-long plan we speak of today.

View it yourself for more information on everything from its guiding design principles to the various types of perennials, grasses, trees and shrubs that are expected to make up the Green Line's sprawling urban meadows.