The often-idyllic Riverdale Park East, famous for a huge, sloping hill from which couples have long gathered to canoodle while watching sunsets, is becoming more and more like Trinity Bellwoods, it seems, in terms of Toronto party hubs.

Toronto Police reportedly spent at least five hours on Friday evening dealing with what's been described as a "rave" at Riverdale Park, where an estimated 200 people gathered in violation of current municipal bylaws and provincial orders to dance the night away.

The first call for the event came in around 9:30 p.m., according to police. Upon arrival, officers are said to have found the aforementioned 200(ish) people in front of a DJ booth within the popular park on Toronto's east side.

It took until about 2:30 a.m. for the entire crowd to disperse, but no tickets were issued during the event and no charges have been laid to date. This is subject to change as officers investigate the incident and identify attendees / organizers.

The party appears to have been organized as part of Dusk Chroma, which is described by organizers as "a series experience-based performances that highlight talents in the BIPOC/ LGBTQ+ communities for the people of Toronto."

A GoFundMe page was launched last week for donations to help "cover the cost of gear and transportation for the experience set-up," billed as Dusk Chroma II.

The campaign, which had raised just over $1,000 as of Monday morning, contains a graphic (also tweeted by at least one of the show's headliners) that indicated an event would take place on June 4 from 5:40 p.m. until "late" at an undisclosed location. 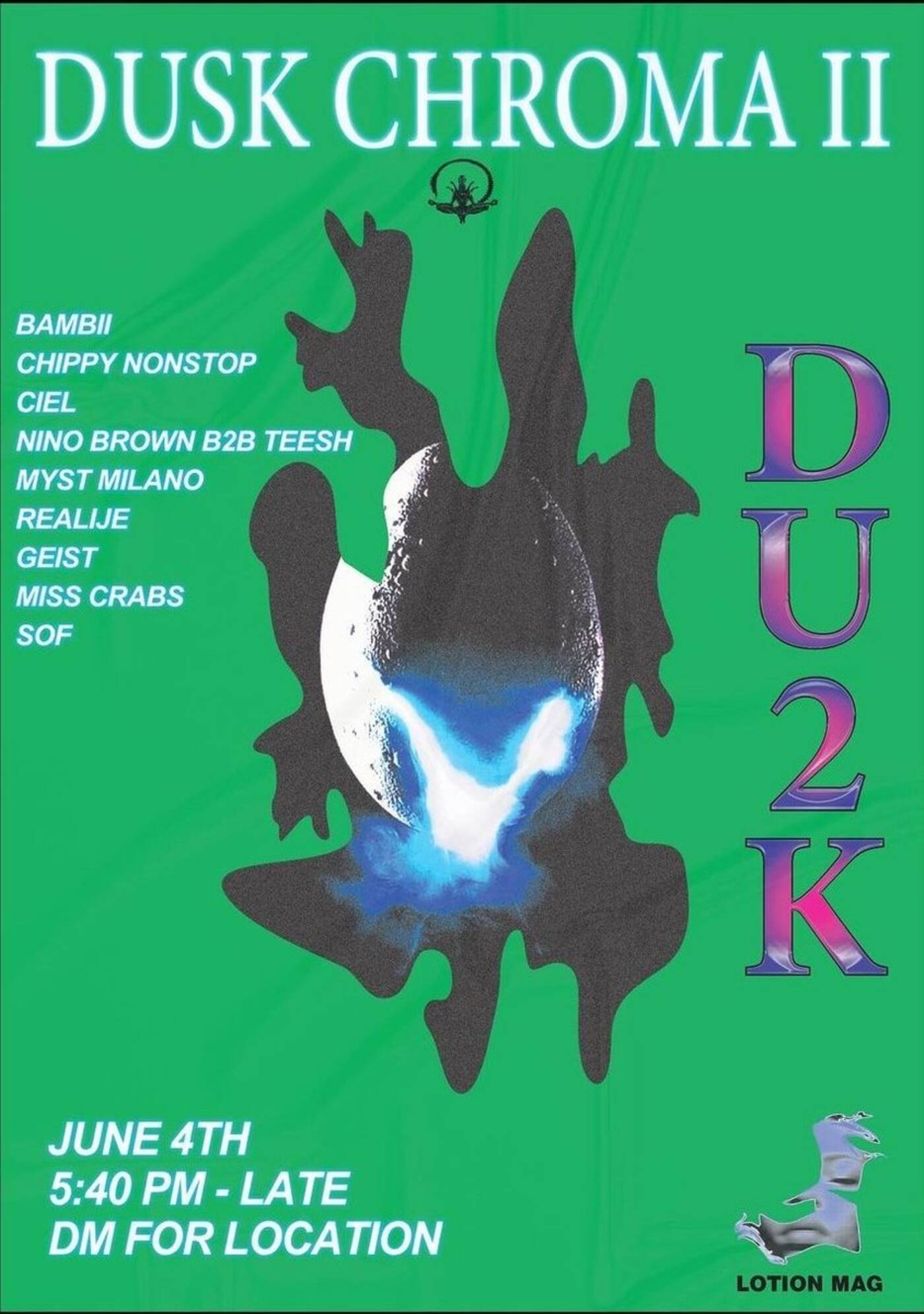 An event matching the description of what went down at Riverdale Park on Friday night had been advertised on social media ahead of time. Image via GoFundMe.com.

Footage from the event shows a tightly gathered crowd of people enjoying the evening, many of them in masks. The crowd does not seem agressive or disorderly, and attendees appeared to have cleaned up after themselves following the event (which is more than some Toronto park partiers can say).

Still, despite the event's good cause and the respectful behaviour of those who attended, the gathering was illegal under current provincewide lockdown rules.

Stay-at-home orders were lifted in Toronto last week, but all of Ontario remains in shutdown mode for the time being (at least until we enter Step 1 of the new reopening framework.)

Gathering limits of up to five people outdoors and zero indoors are currently in place. The City of Toronto itself also has a bylaw in effect requiring all people who don't live together to maintain at least two metres of distance between them in parks and other public spaces.