Toronto's public transit system is getting a slew of serious upgrades over the coming years in the form of some significant expansions to current lines, an entirely new subway route that will traverse the entire downtown core and additional LRT infrastructure, including along the Harbourfront.

The forthcoming Waterfront LRT, which will connect Long Branch to Woodbine via Queen's Quay, will mean not only more east-west transportation options, but also a lot of major upgrades to the south of the city. 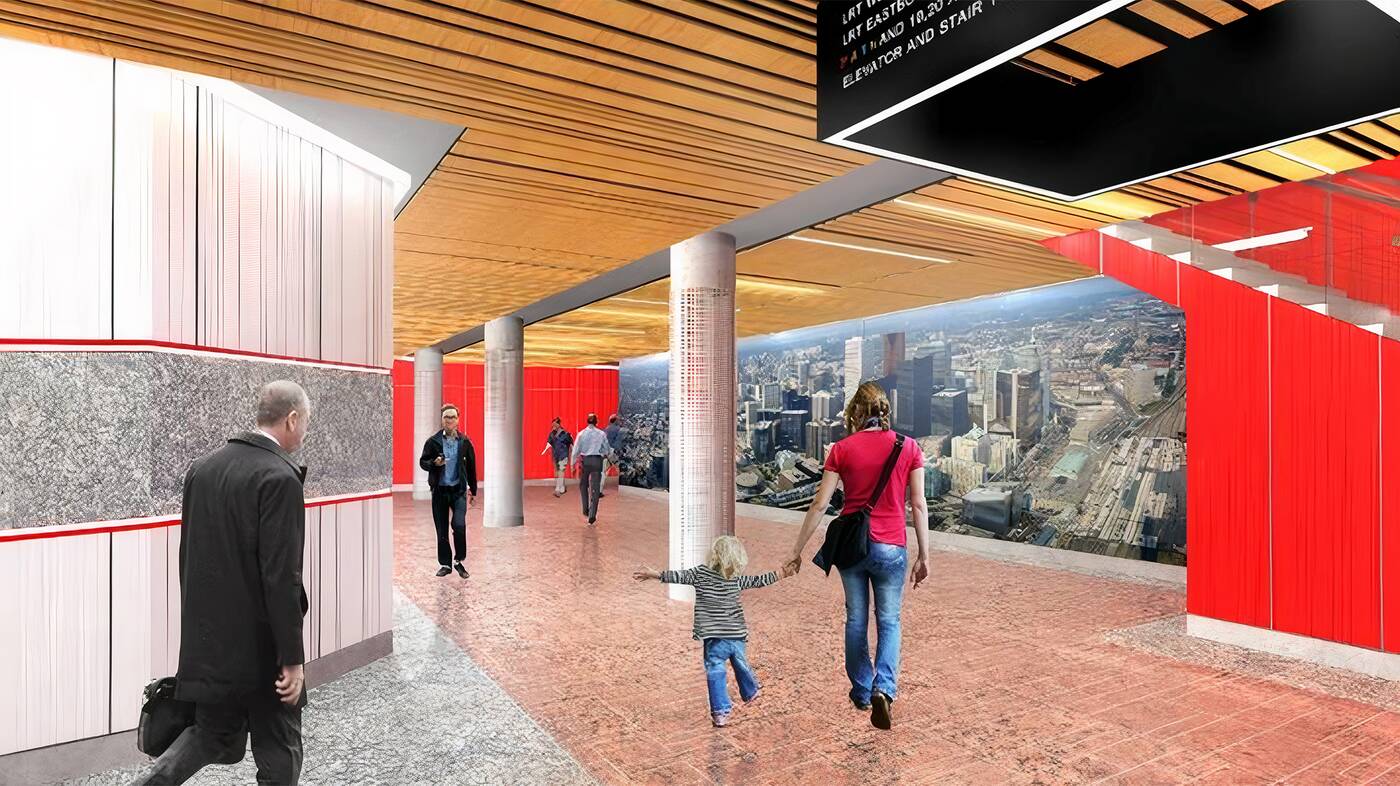 Among them are a brand new TTC hub, Queen's Quay-Ferry Docks Station, which will be situated under the thoroughfare at Bay.

The station will connect to ground level via a future office building slated to replace the 41-year-old Westin Harbour Castle Conference Centre, as well as via multiple external entrances and a link to the PATH network. 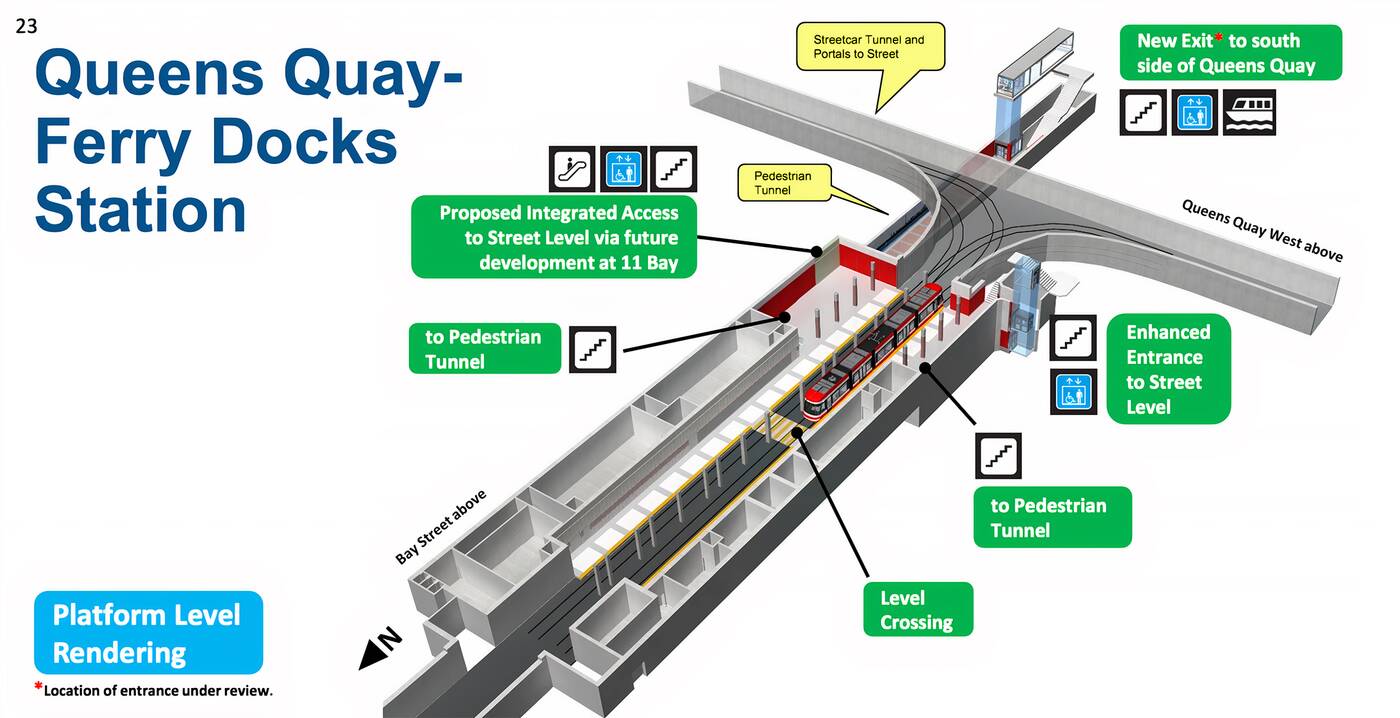 The station will be bright and airy with a modern design, and will even have design measures to prevent motorists from driving into the tunnel like they are notorious for doing elsewhere in Queen's Quay.

Sound-minimizing tech, art installations, outdoor portal canopies, and ground-level public realm improvements will also be in place to make the station as state-of-the-art as possible.

Other major changes coming with the LRT line will include upgraded slips at Yonge, Jarvis and Parliament, and a potentially redesigned Bay Street.