The Westin Harbour Castle Conference Centre might soon be transformed from a squat two-storey building by the waterfront into a glassy 54-storey skyscraper.

A proposal from QuadReal Property Group and private real estate company Barney River has been submitted to redevelop the 40-year-old conference centre at 11 Bay Street into a looming golden tower with retail stores, office spaces and ballrooms. 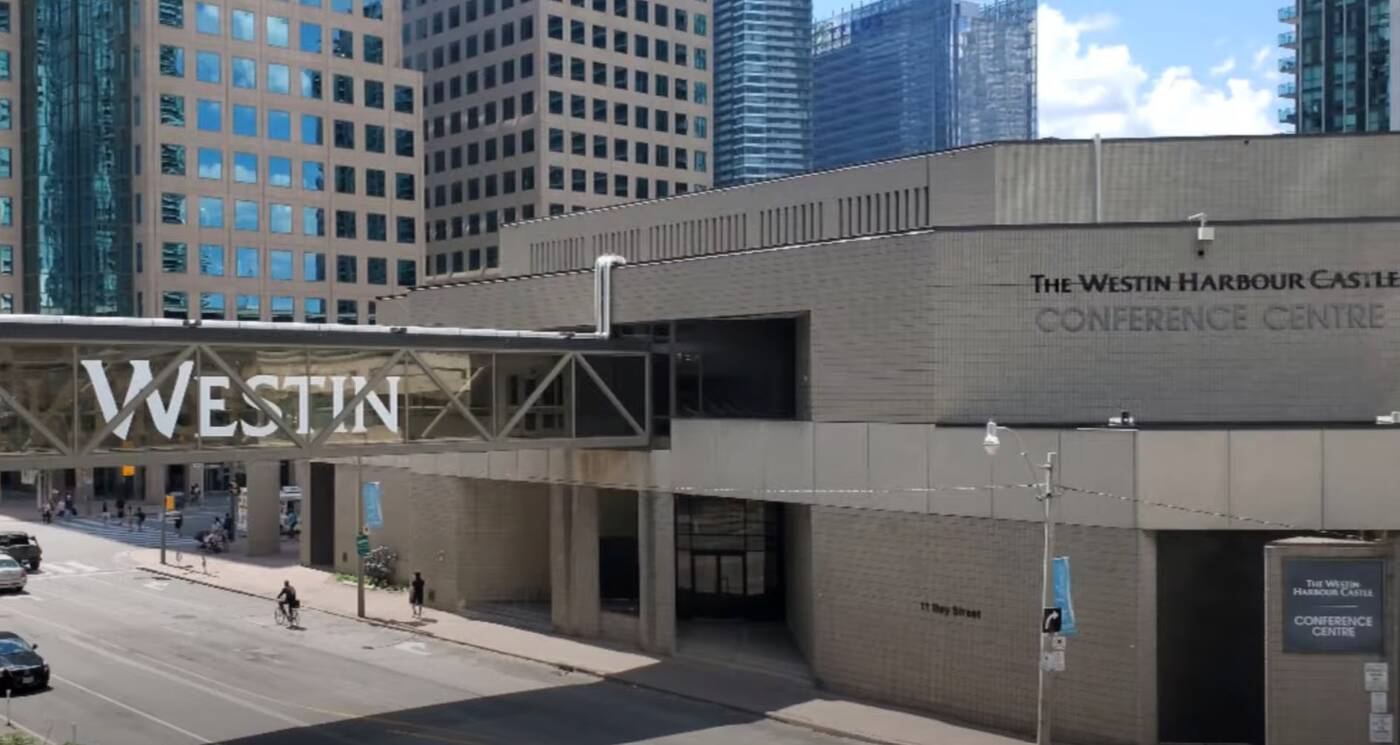 The conference centre, which sits on city-owned land, is connected to the 977-room Westin Harbour Castle Hotel (one of the largest hotels in downtown Toronto) by a pedestrian bridge.

Described as "outdated" and "functionally obsolete" by developers, the conference centre will get a massive transformation, if the proposal goes through.

Adamson Associates Architects, Hariri Pontarini, and DTAH are listed as some of the architectural firms on the project team. 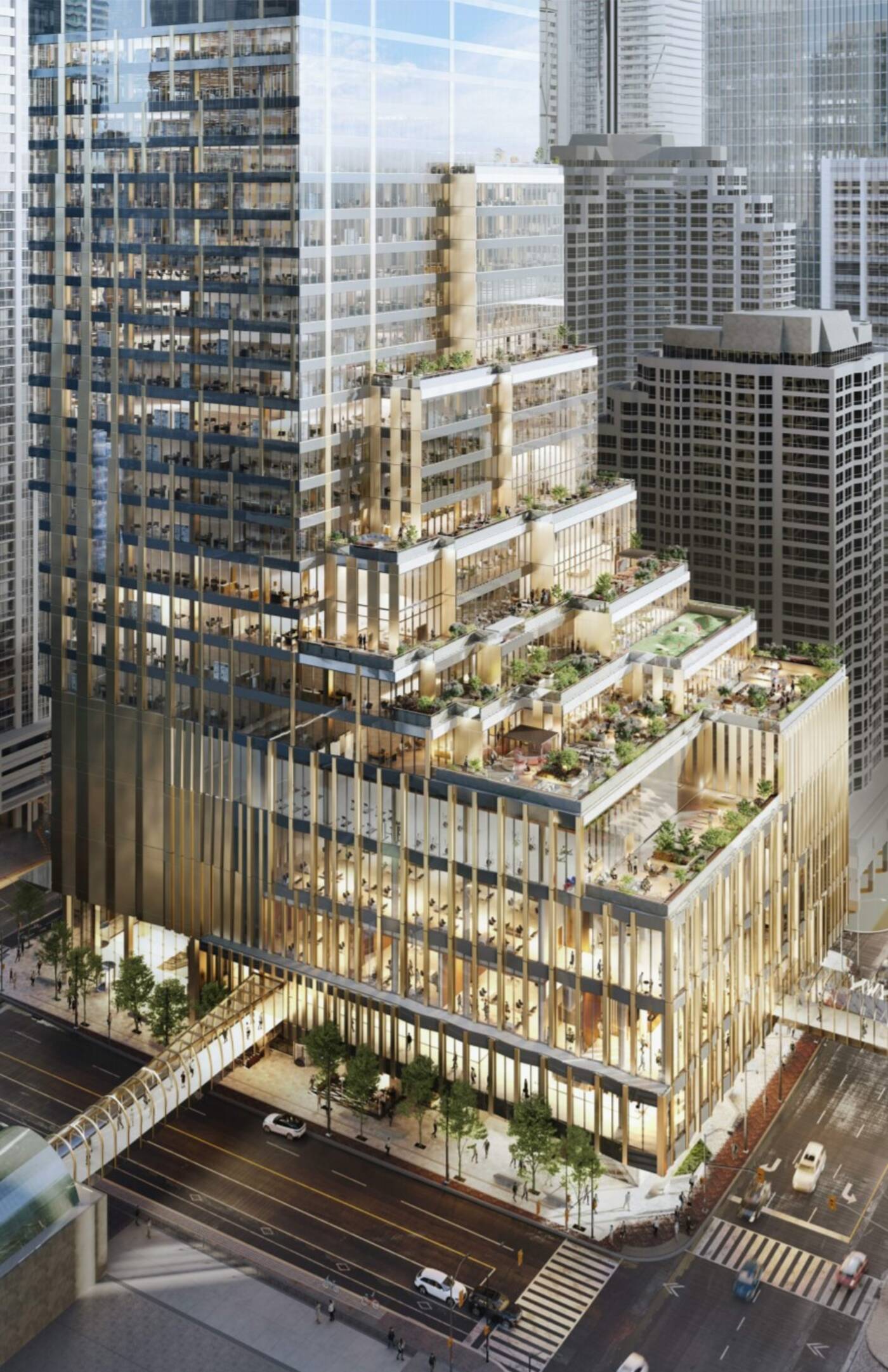 A new conference centre will come with multiple ballrooms within a five-storey podium. Photo via City of Toronto development application.

For starters, it will be replaced by a new 103,118-square-foot conference centre with a main ballroom, a junior ballroom, meeting rooms, pre-function areas and back-of-house spaces.

Above the five-storey podium will be 8 storeys of gradient office terraces that face the lake, and above that, a 41-storey tower with more than 113,000 square feet of office space. 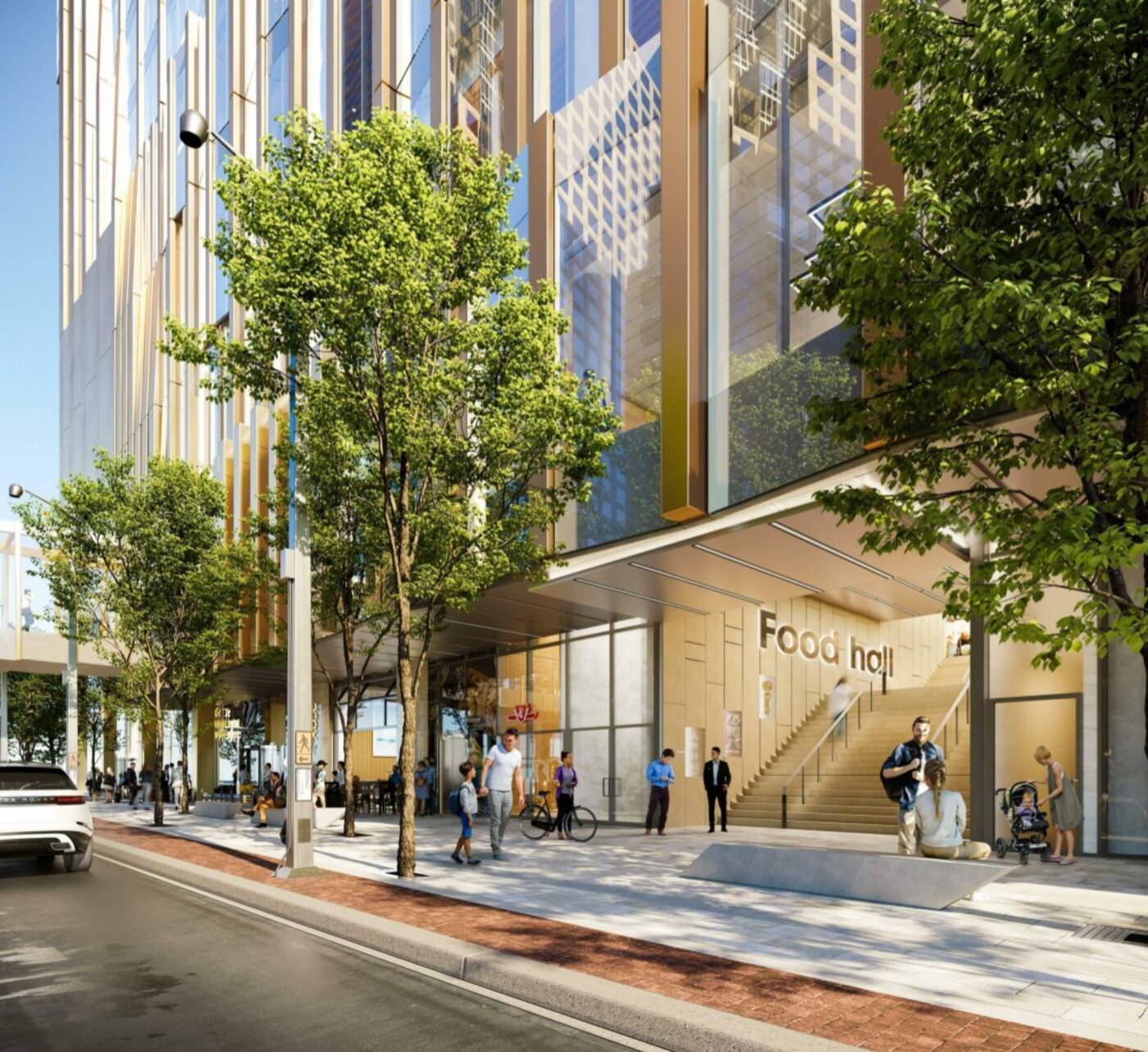 Retail space will include a food hall that can be accessed from Bay Street. Photo via City of Toronto development application.

Retail spaces will include a second floor food hall with 12 stalls. Pedestrians will be able to access the hall directly from Bay Street via a grand staircase.

There will also be new pathways and boulevards on the ground level. On the second floor, visitors will be able to access the PATH system, which will be suspended over Bay Street, connecting the conference centre to RBC WaterPark Place.

An existing pedestrian bridge connects the conference centre with the neighbouring hotel. Photo via City of Toronto development application.

At present, the existing bridge between the conference centre and the hotel has been criticized for obstructing views of the waterfront from Bay and Queens Quay West.

That bridge will also be replaced, and will also provide better access to the Jack Layton Toronto Ferry Terminal (which will see a major upgrade of its own), though no solid plans have been submitted for what that might look like yet. 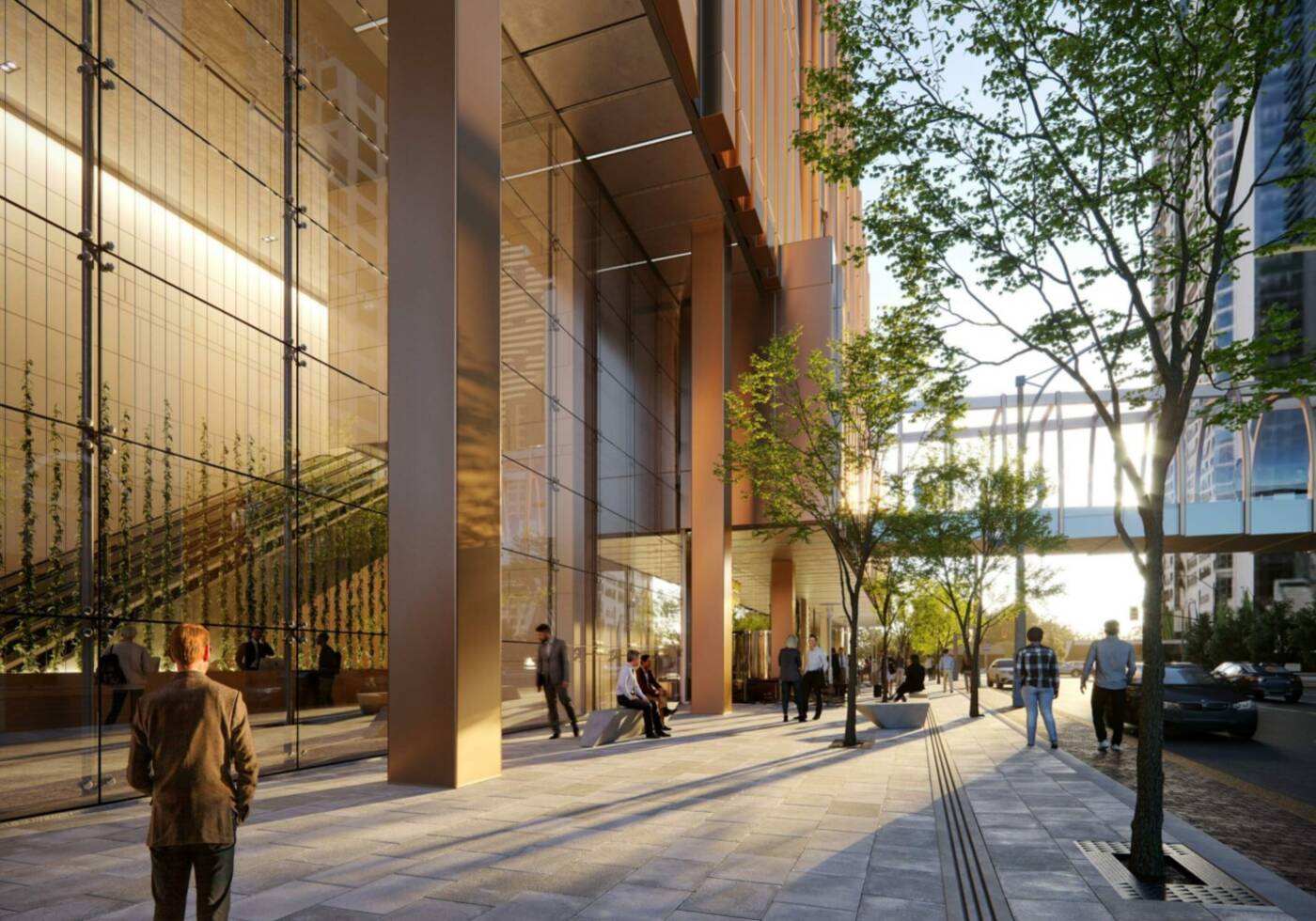 There are several bridges planned for the project including several extensions of the PATH network. Photo via City of Toronto development application.

The building's exterior has also been designed with both solid and glazed portions to minimize heat loss.

According to the planning documents, the conference centre plans to reopen to visitors by 2024, and the office tower will be in use by 2025.

via City of Toronto development application.