A plan to revitalize the ferry terminal that serves as the gateway to the Toronto islands is one step closer to coming to fruition.

The project proposes a beautiful redesign of the portion of the Toronto waterfront that more than a million tourists and locals travel through each year to get to one of the city's biggest attractions. 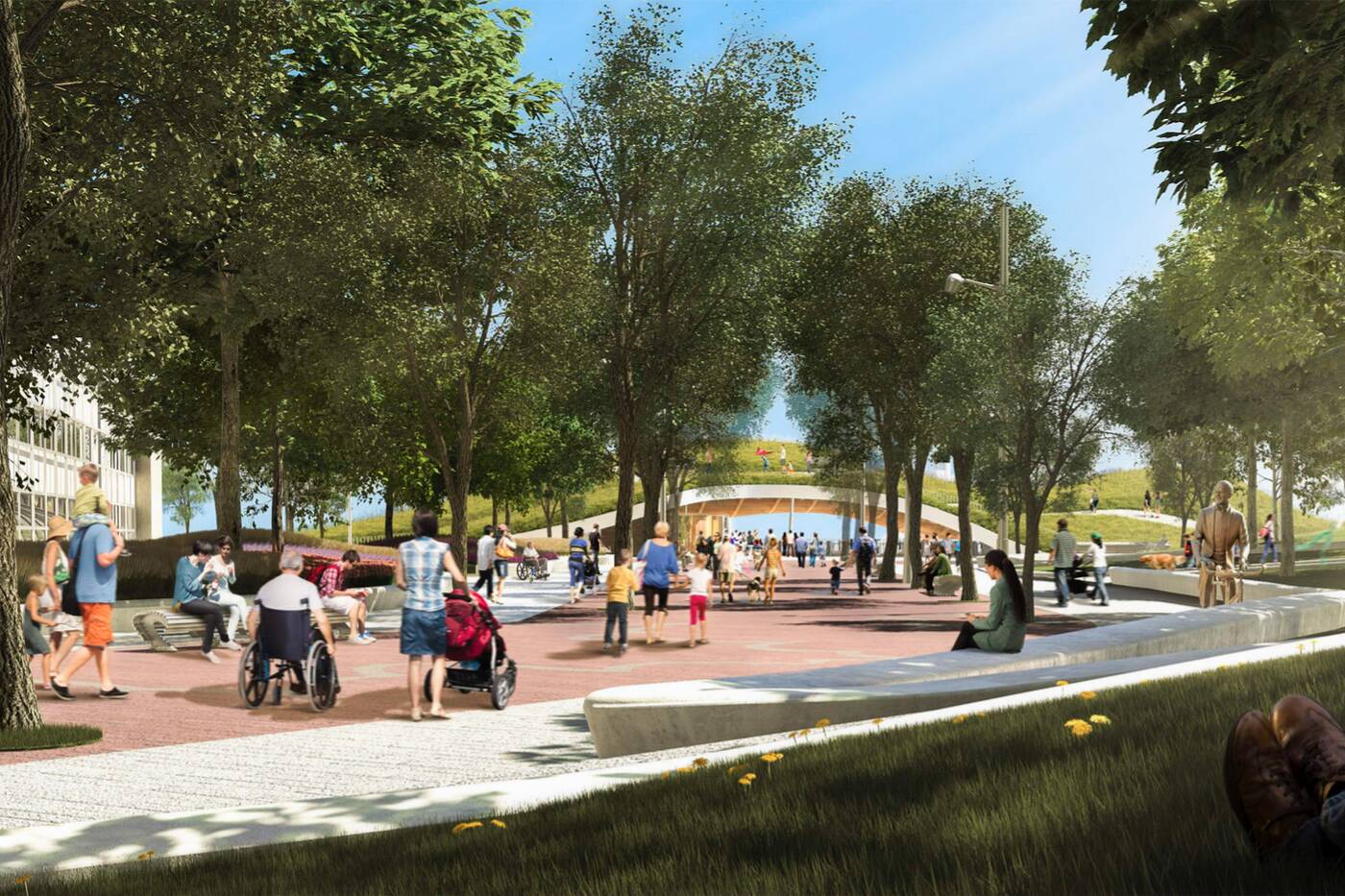 The Jack Layton Ferry Terminal itself — currently a relic of the '70s brutalist architecture fad — would be completely rebuilt and modernized with a unique curved design evocative of moving water.

It would also be outfitted with new seating and facilities to better serve those waiting in line to get to the islands on hot summer days.

Surrounding walkways including the York Street Slip would be widened, made accessible and refitted with granite mosaics or wooden boardwalks — some of the work on which has already been completed — and new flora would planted along the paths, including a stunning archway of trees showcasing a view of the lake. 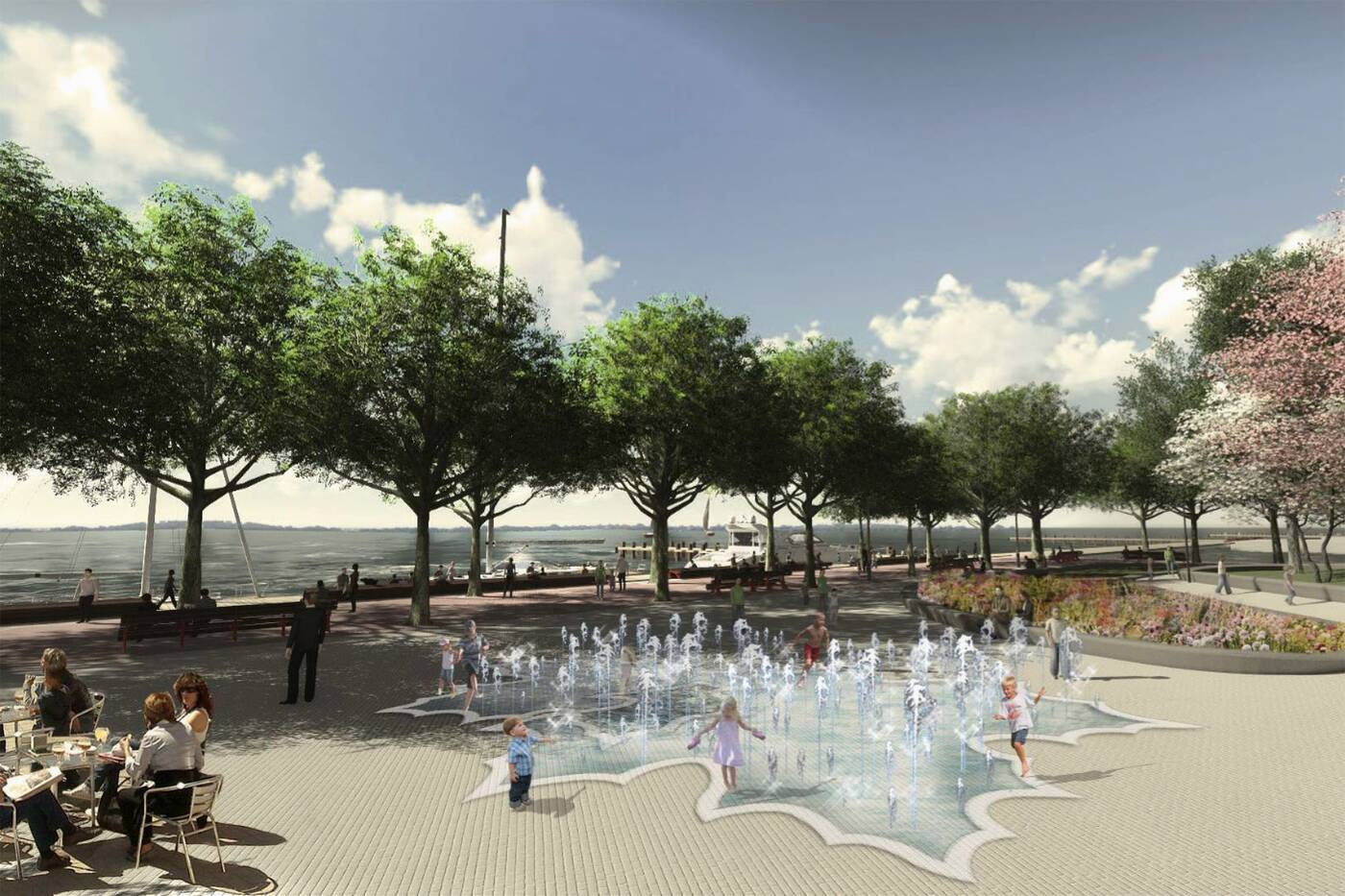 The area around the terminal would be redefined as Harbour Landing, an urban park providing "animated and dynamic public space for all seasons" connected to Toronto's continuous network of public space along the Lake Ontario shore.

The park and beautiful lake views would continue atop the ferry terminal's canopy roof, which would be crafted out of wood and covered with grass to double as additional public space. Skylights would fill the covered outdoor space below with natural light. 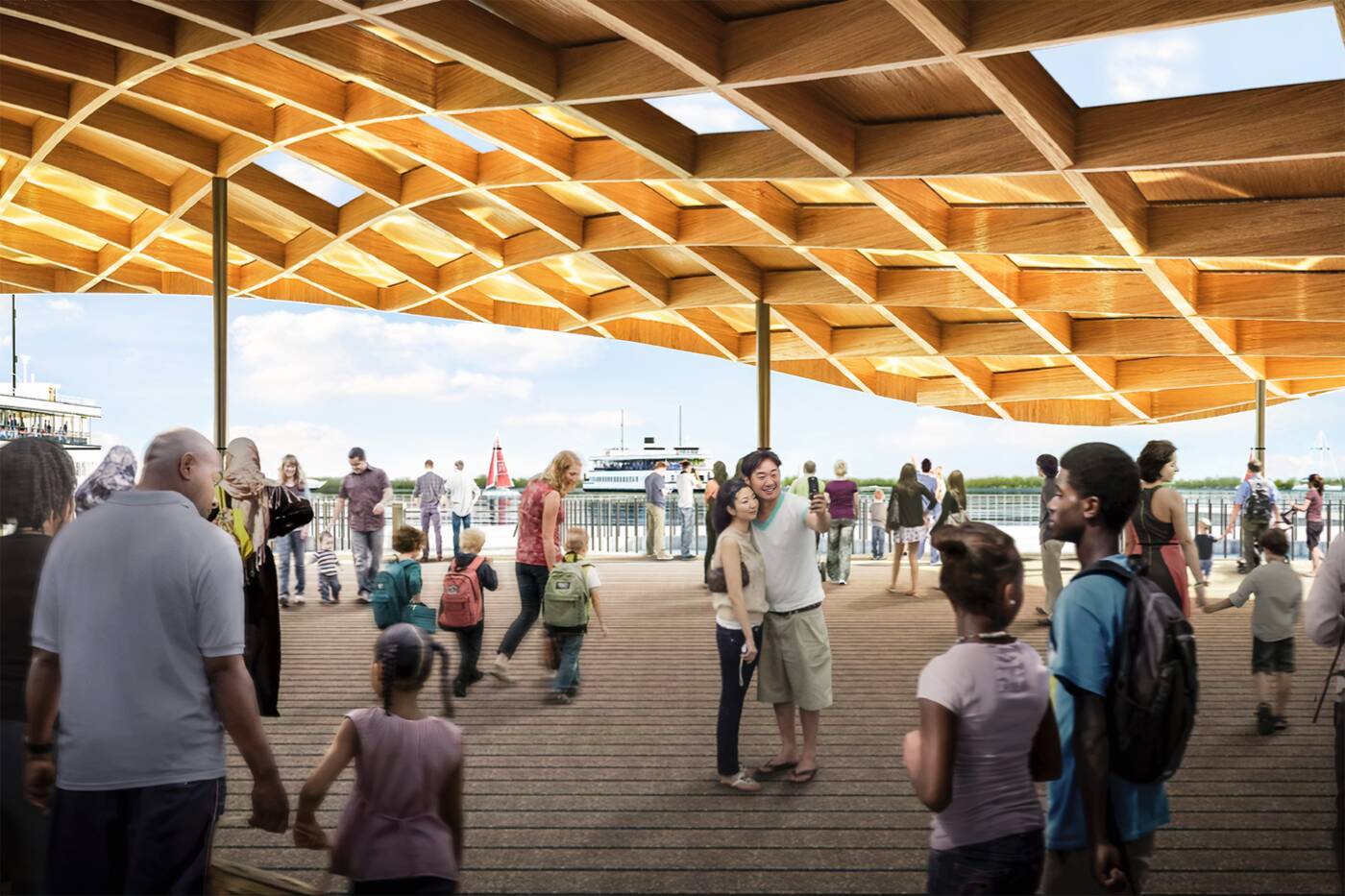 The proposed design from KPMB Architects, West 8 and Greenberg Consultants won a competition launched by Waterfront Toronto and the City a few years back to help find the perfect way to revamp the area.

Ever since, City officials like former Deputy Mayor Pam McConnell have been advocating for work to continue past the early phases of building the promenade leading to the ferry docks, which began at the end of 2018. 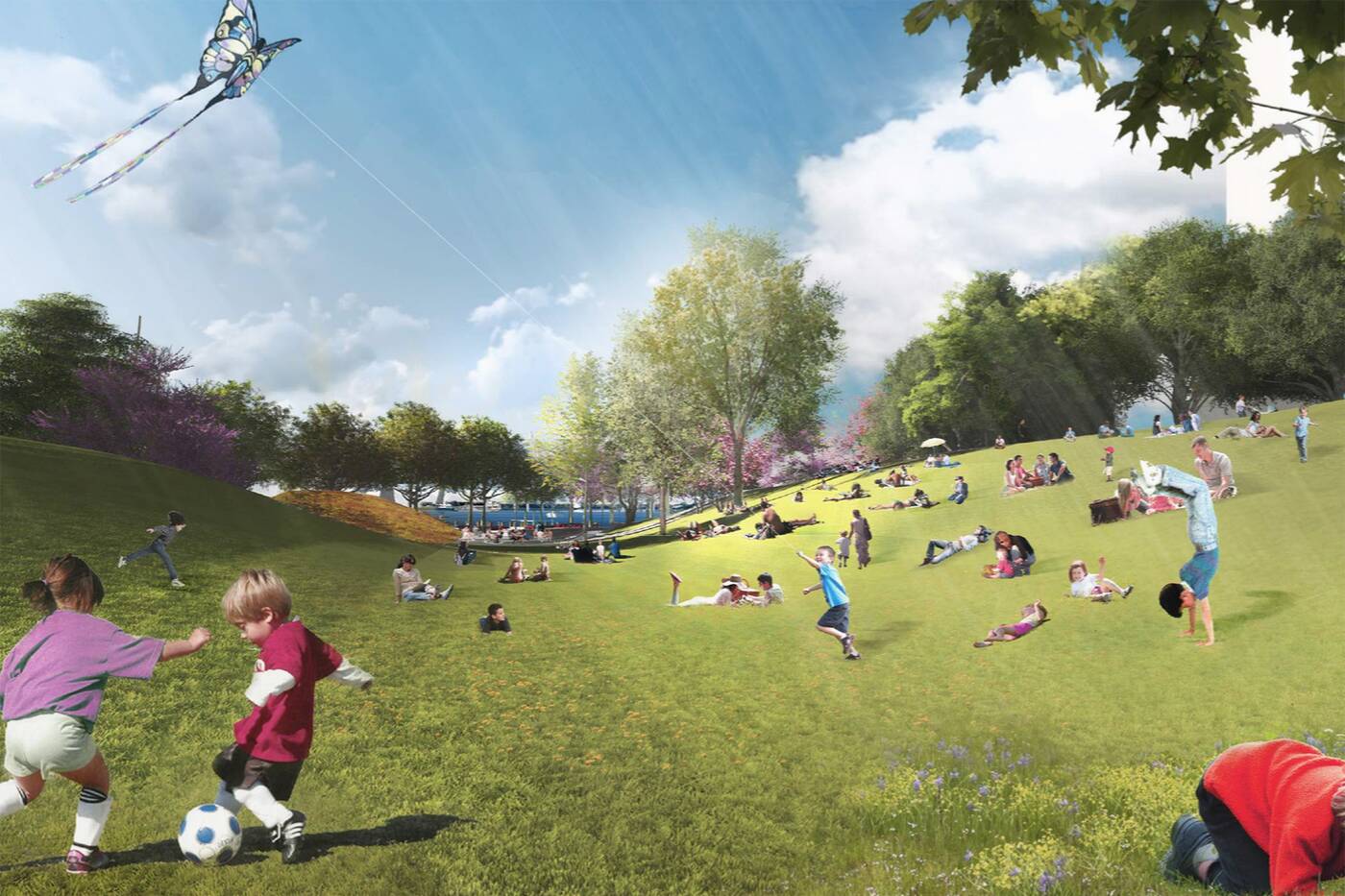 Ward 10 Spadina-Fort York City Councillor Joe Cressy has now jumped on board, issuing an open letter to the board of directors at CreateTO — the agency that manages the portfolio of city-owned real estate — to look at redeveloping land at 11 Bay Street, adjacent to the terminal.

The redevelopment of the lot, which is now home to the convention centre attached to the Westin Harbour Castle hotel, would mean upgrades to the terminal as part of the deal. QuadReal and Barney River propose to demolish the aging centre to build a brand new one with additional office facilities above, and direct connection to the ferry docks. 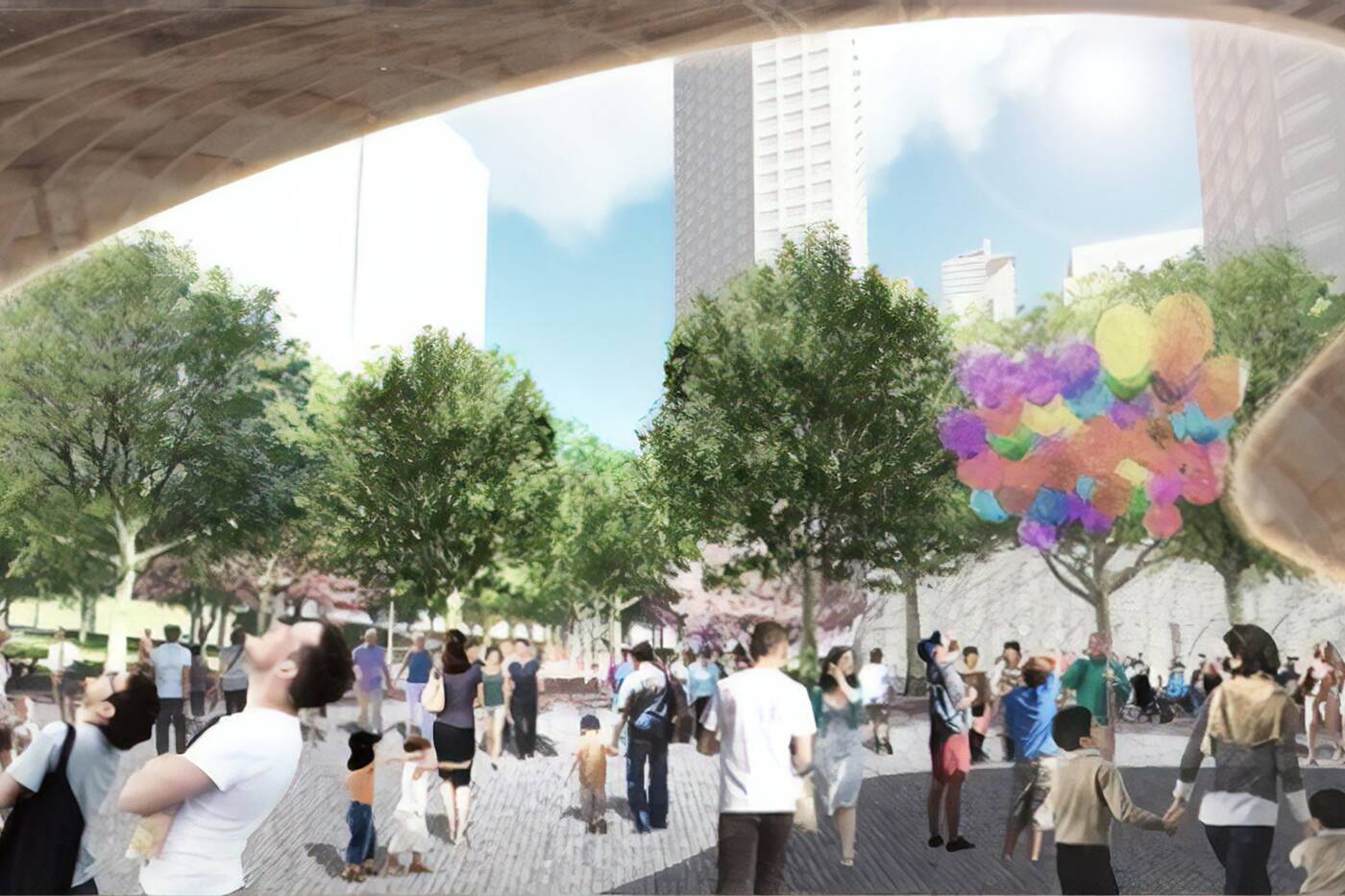 The CEO of CreateTO has already expressed support for the whole initiative, which would be a huge improvement for an area that is currently rather unsightly and dated given how popular and crucial it is for Toronto tourism.