Toronto's promenade just got extended along the waterfront

If you like long walks on the beach — the Toronto version, anyhow — you're in luck, because the walkway in the city's East Bayfront area has just been extended. 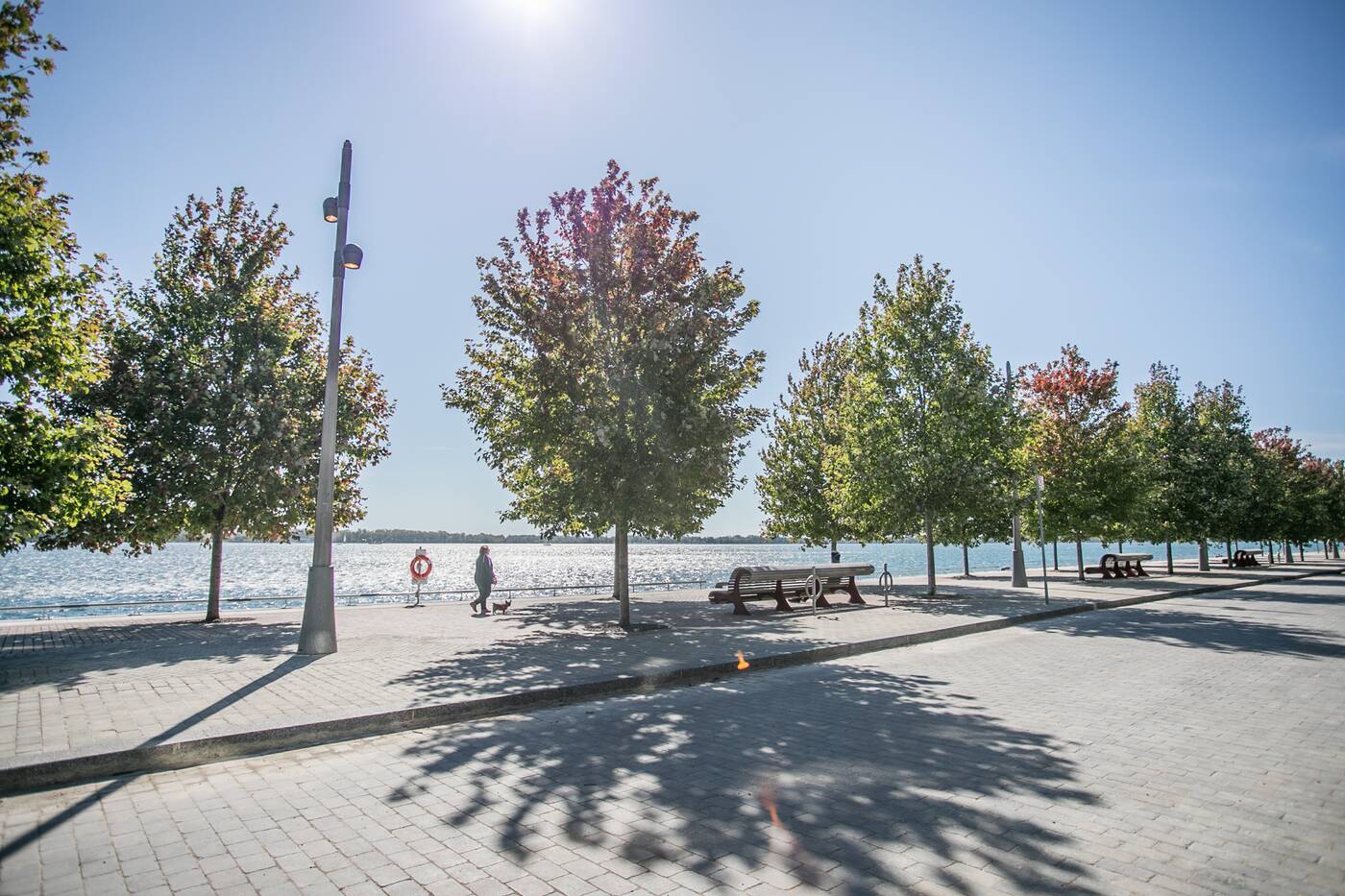 The project saw the replacement of old asphalt with a 12-metre wide granite mosaic walkway, rows of trees, and bench seating. An 8-metre wide wooden boardwalk that will extend out over the water is still to come.

The promenade revitalization began centrally in 2005 in the area surrounding Harbourfront Centre, followed by the first stretch of the east promenade between Sugar Beach and Sherbourne Common in 2010. 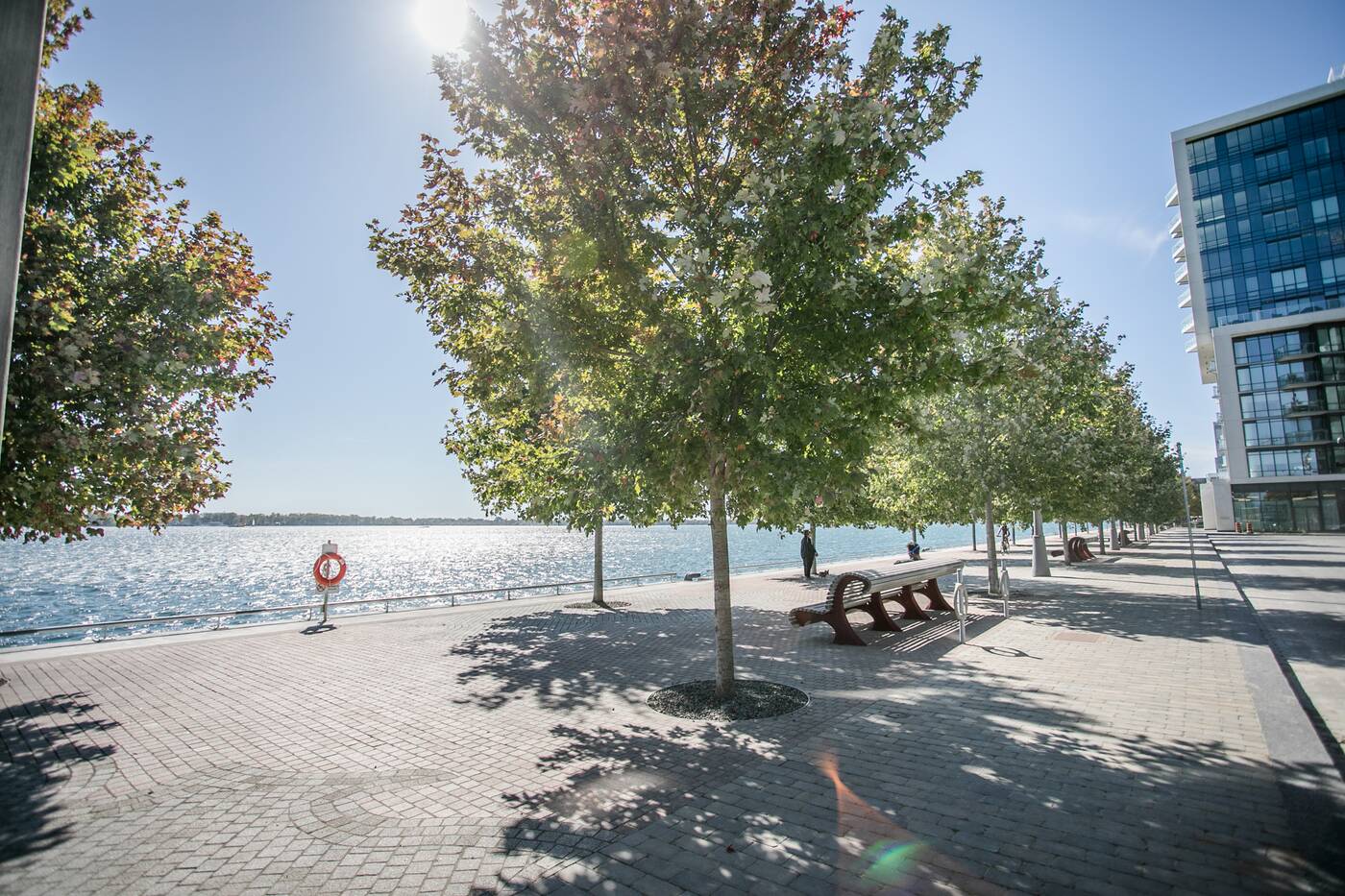 The Promenade East totals 1 km in length, to be eventually complemented by a 1.8 km-long extension further west from Ireland Park to York Street, as well as five footbridges to connect gaps in the boardwalk.

Waterfront Toronto media relations and issues advisor Andrew Tumilty says this is part two of a multi-phase development to offer a long, uninterrupted walkway along the lake and better access to the city's waterfront. 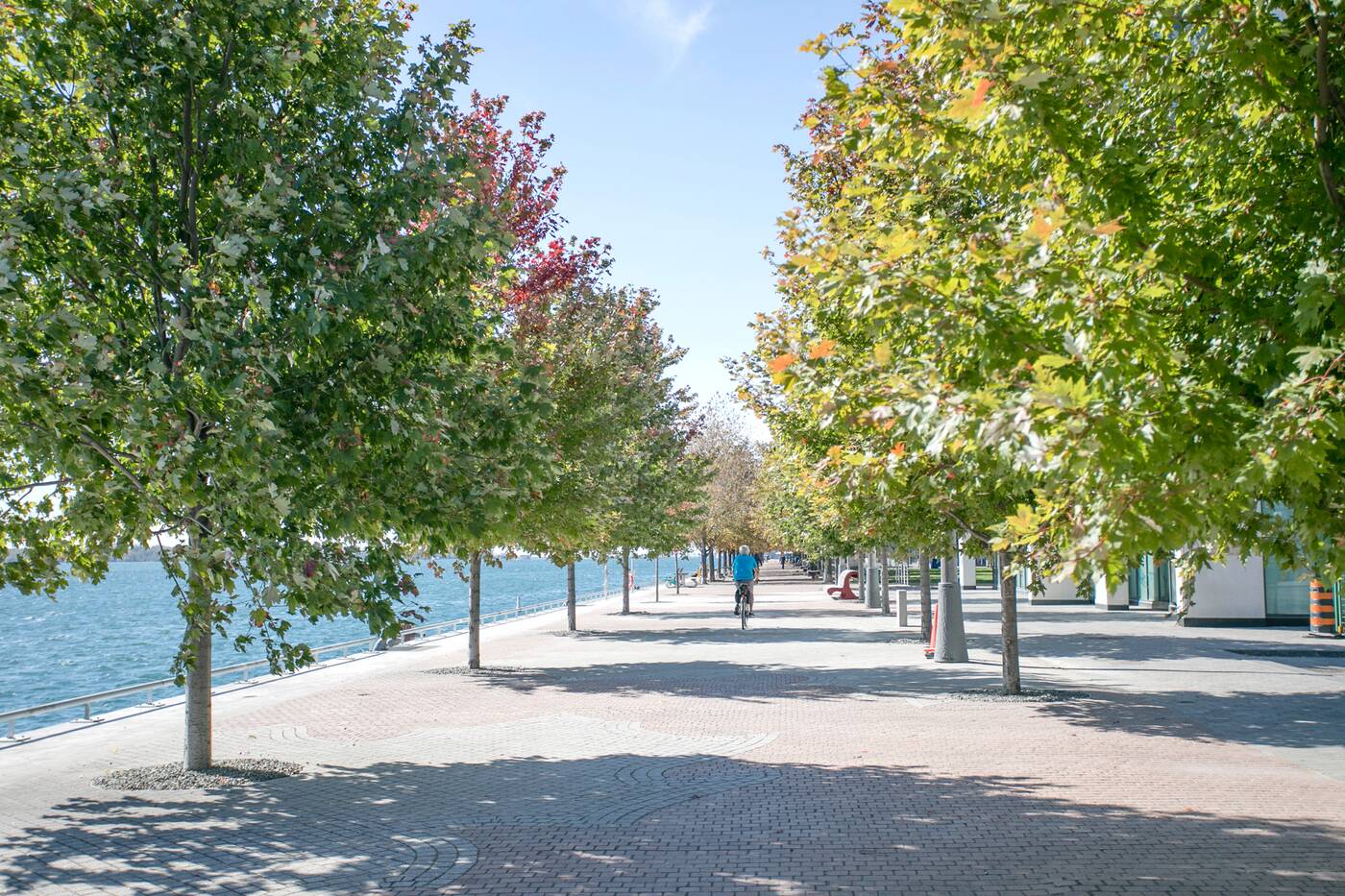