How does a disposable face mask find itself lodged in the branches of a massive evergreen tree some 60 feet up in the air?

The tricksy answer is that it doesn't: masks are inanimate objects and can't find themselves at all. The actual answer is birds.

Jean Amog was amused, but not surprised when her husband pointed out a standard light blue face mask in the branches of a tree in front of their Mississauga home.

"I wasn't surprised to see it because we have a lot of birds that bring all kinds of mess in our yard," she told blogTO. "Candy wrappers, grocery receipts, plastic bags."

While he only just pointed it out to her, Amog says her husband noticed the mask up there a couple of weeks ago. By the time she saw it, the mask had been secured by and enmeshed within a bundle of twigs.

Given how incredibly high up the mask is, it hasn't been easy to get clear footage or see who is behind the growing work, but Amog — a retired registered nurse who loves birds and counts bird watching among her hobbies — suspects a particular species.

"I see different kinds of birds in our yard, but it's mainly crows that bring the mess I think," she tells blogTO.

Based on the size and location of the nest, it could very well indeed be that of a crow (or rather, a couple of crows, as males and females participate in nest building together, according to experts.)

Dr. Kaeli Swift, an ornithologist and wildlife ecologist with a special interest in corvid research, explains that crows construct their nests from a variety of materials: Usually sticks lined with grass, fur, feathers or other soft materials, sometimes of human origin.

Substances of human origin such as paper, plastic, twine and hair are also sometimes used by crows to construct nests, according to the Cornell Lab of Ornithology. Crows will additionally make fake nests to deter predators if they think that they're being watched. 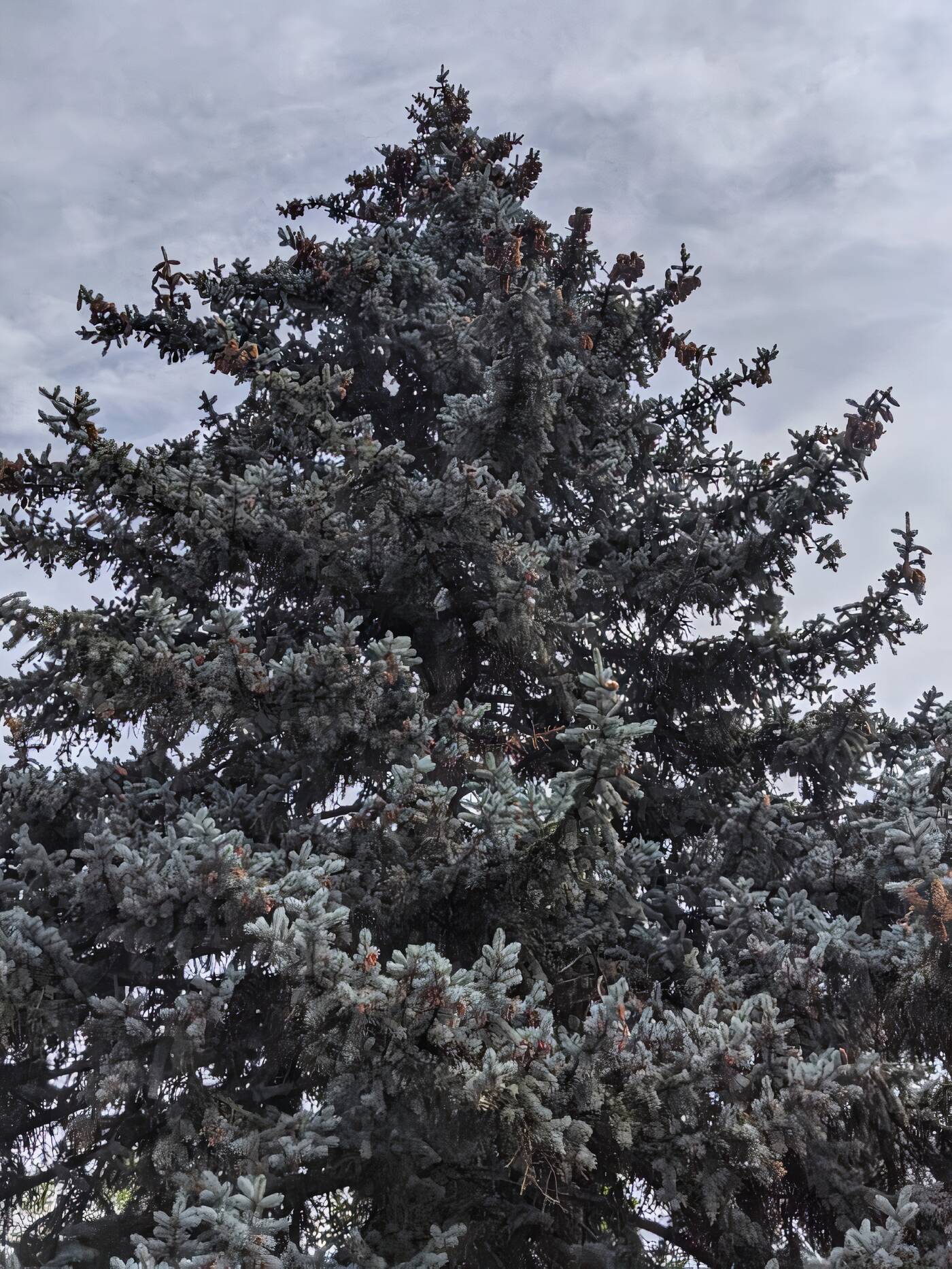 The mask can be seen faintly up high near the tall tree's trunk, surrounded by dark sticks and twigs. Image via Jean Amog.

Audubon's website says that crows usually build nest sites in trees or large shrubs roughly 10 to 70 feet above ground, which would put the nest in Amog's Mississauga yard right in crow territory.

Clever and cute as the idea of a crow repurposing a mask might seem, not every animal benefits from the improper disposal of human trash: Many have in fact become entagled in masks and died since the pandemic hit (though the problem of trash hurting wildlife has existed long before COVID.)

"Rinse all recycling and other garbage before putting it in the right bin," reads an animal-proofing guide on the charitable organization's website.

"Unwashed recycling and garbage not only attract wildlife, but can also hurt them: wild animals can get their heads or paws permanently stuck in cans, jars, and bottles."