By "makers," of course, I'm referring to us, the humans. We're the ones who produce and consume all of the plastic garbage our animal friends end up wearing or being killed by in record numbers.

We're also the ones with the power to stop it — or, at the very least, to cut our damn six pack rings before tossing them into the trash (yes, the trash. Plastic rings aren't recyclable in Toronto). 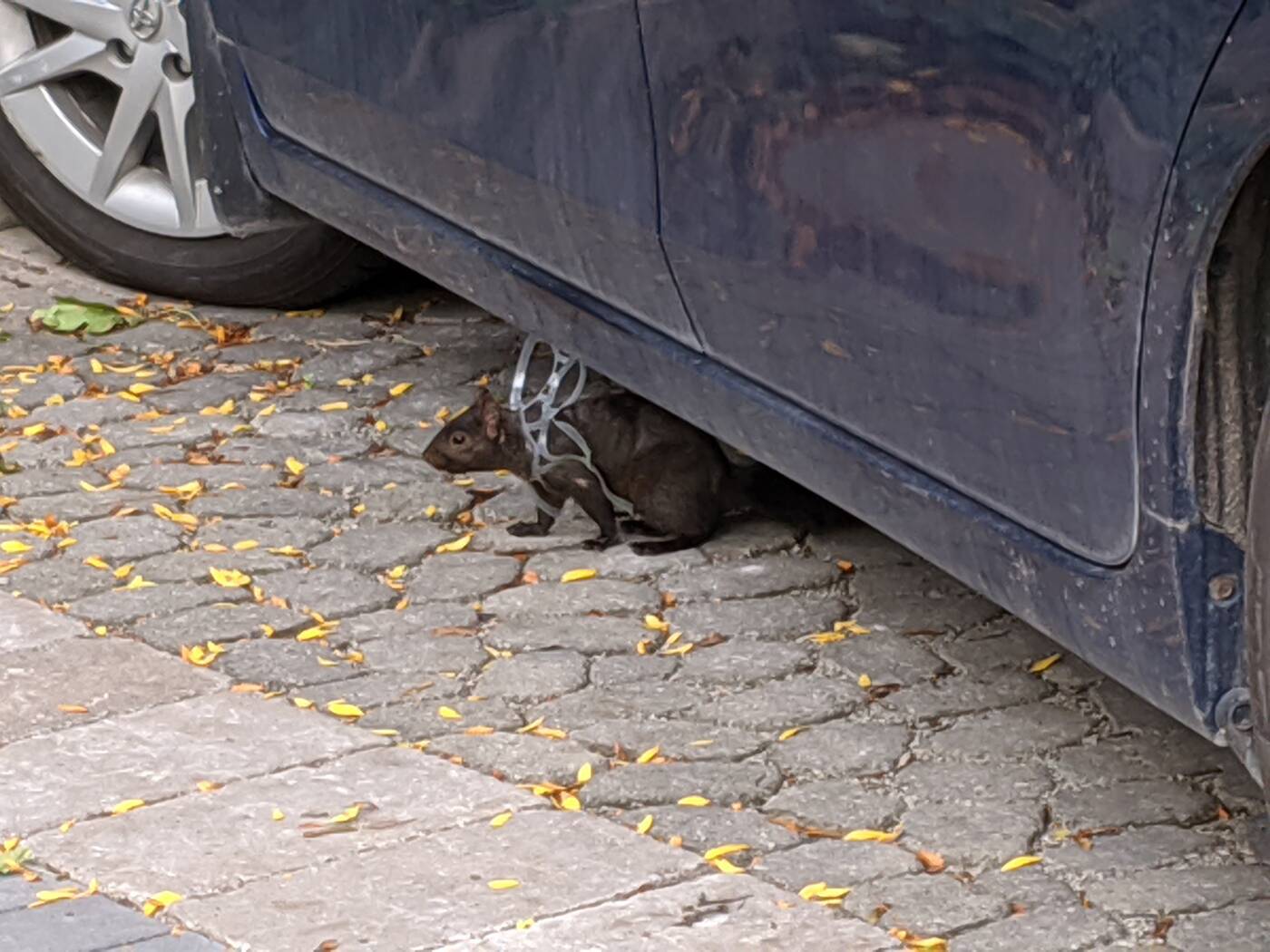 Toronto resident Branden Bratuhin spotted the cute yet unfortunate six pack ring squirrel seen above on Monday afternoon near his home in The Annex.

"It slowed as I approached — wishful thinking on my part that it would somehow let me help it — but it then ran up a tree," he said of the squirrel. "I spotted it again the same day around 6 p.m. around the corner."

Three hours later, and the squirrel was still trapped in its dirty plastic harness. 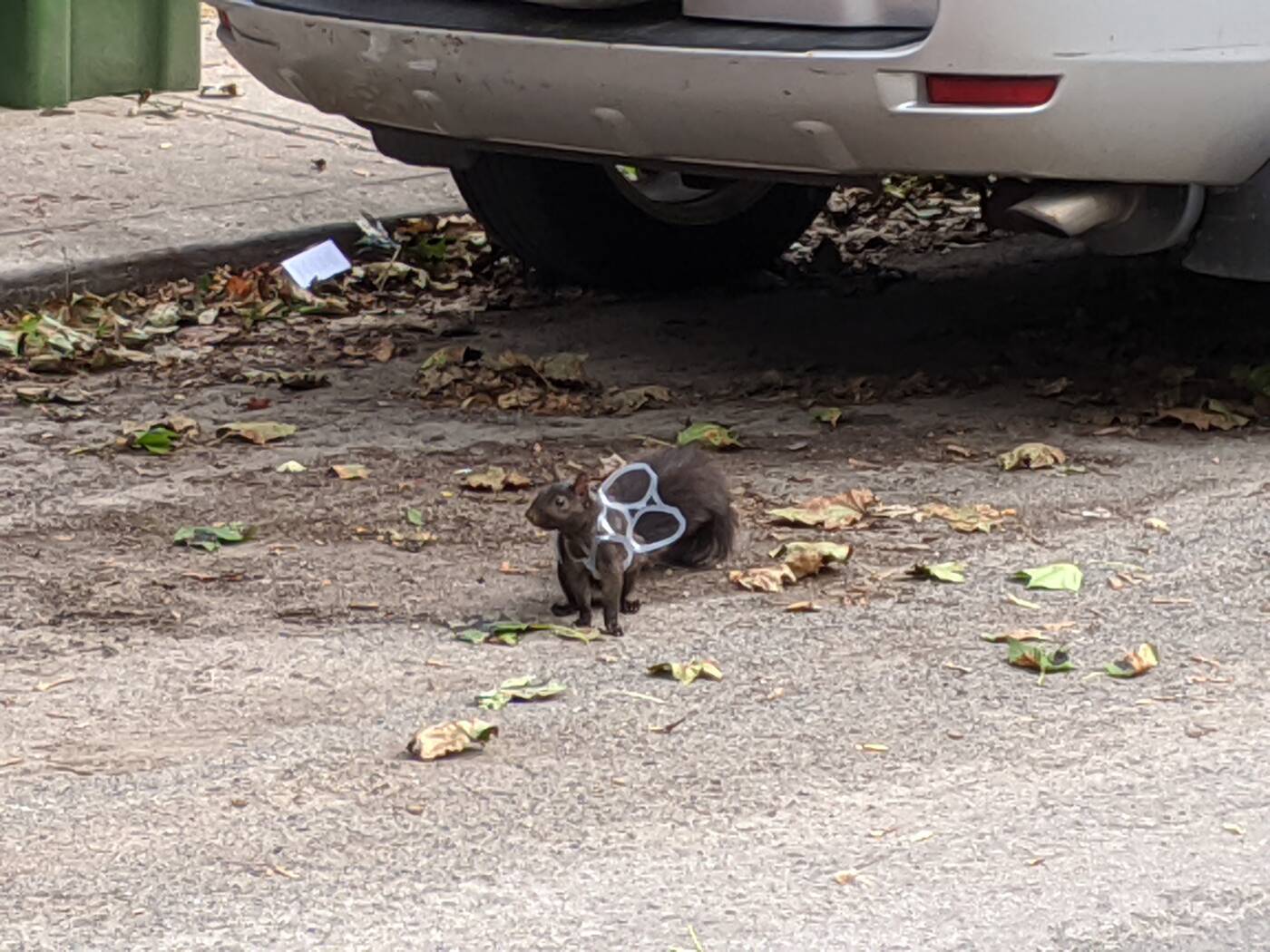 In an effort to encourage people to cut their six pack rings (or better yet, to use an eco-friendly alternative), Bratuhin shared images of the tiny distressed mammal.

"PSA: cutting your beverage six pack rings before tossing in the trash isn't just to prevent aquatic wildlife getting stuck. It also can affect furry friends who happen to dumpster dive," he wrote on Twitter.

Sadly, he was unable to catch and help the squirrel himself, but is asking Annex residents to "keep an eye out for this little fella."

The squirrel was last seen near Bathurst and Wells. Should you find out where it lives, Toronto Wildlife Services will be able to advise you on what to do.