Toronto has just installed 10 new litter bins across the city where dog-owners can now throw away bags of poop.

This is supposed to be good news, if you, like most of us travelling through this pooch-run city, have ever trod on a stinky dog deuce in the streets, or even inside a condo.

The three-month pilot program was announced Tuesday morning. If it goes well, there may be 20 more bins by the end of July, and a total of 100 bins within the six months after that.

According to the City, the introduction of these new bins (which look near-identical to the usual litter receptacles around the city) was in response to "a steady increase in dog waste disposal in litter bins."

A 2020 study showed that 99 per cent of the organic material found in street litter bins was dog poo.

The new receptacles will, hopefully, decrease the contamination of recycling materials in public litter bins and divert organic materials from the landfill. 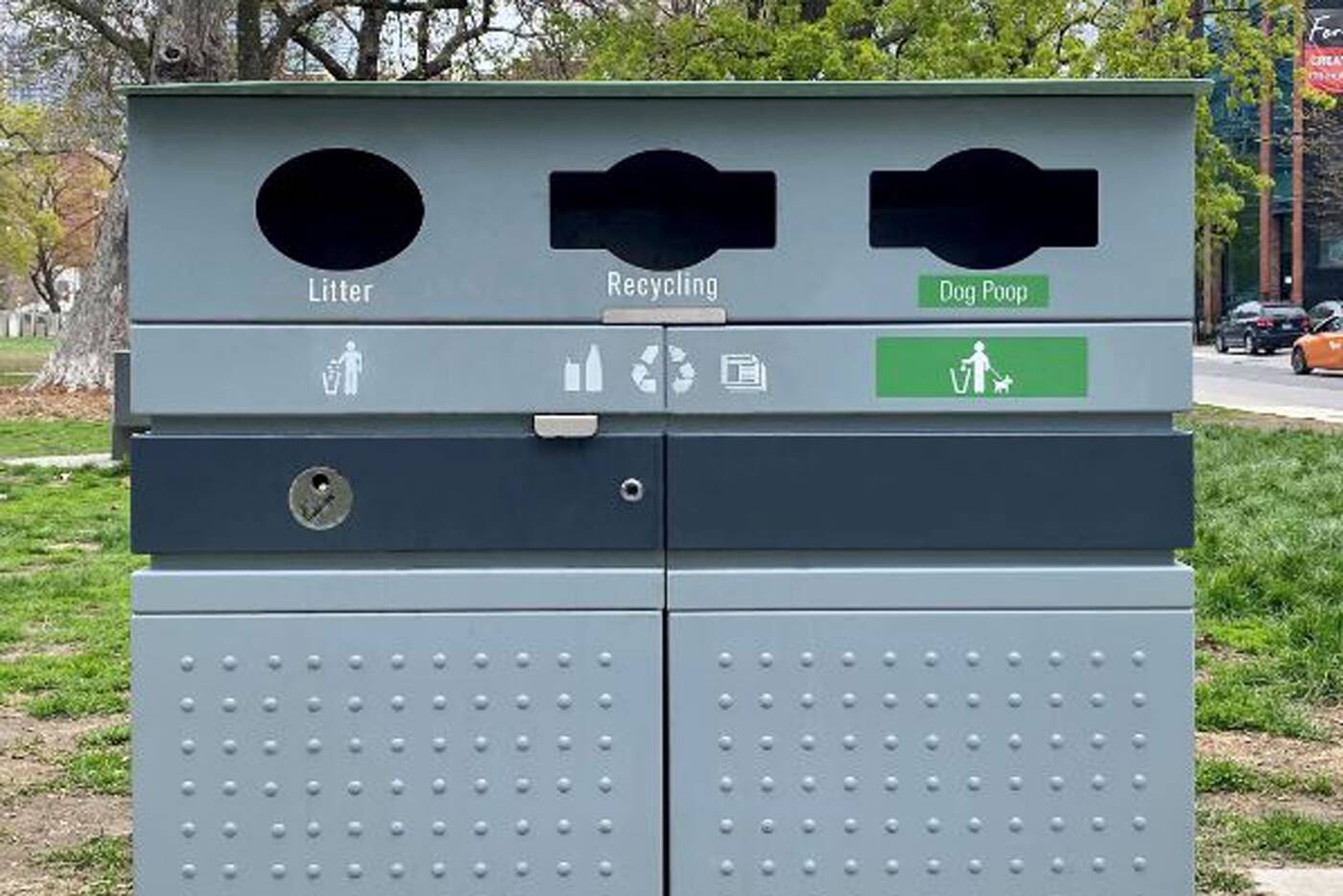 The city has implemented 10 receptables with designated dog poop compartments. Photo via City of Toronto.

Up until this point, dog owners (the ones who bother to pick up their dog's poo, anyway) have had the option of throwing out bags in green bins located at all of Toronto's off-leash dog parks. Compostable or biodegradable bags aren't needed.

All 10 of them have been dispersed around residential areas and popular dog-walking parks like Kew Gardens or Sunnybrook Park.

Evidently, Victoria Memorial Square (near Stanley Park, which already has green bins) has a particularly prominent poop problem: It's getting three bins instead of one.

Lisa Duncan, the Director of Collection and Litter Operations with the City, says that the dog waste compartment will be serviced separately from the garbage and recycling. It'll be collected three times a week (Monday, Wednesday and Friday) during the first phase of the pilot.

Here's where you can find the City's new dog poop bins: