One couple in Toronto wanted to dine on patios again so much, they came up with their own mobile, safe, distanced solution.

Jacob Leo, 24, and his 23-year-old girlfriend Lotte van Gelderen have been driving around the city with everything they need for a mobile patio stashed in the back of Leo's truck, including a table and chairs which they set up in the truck bed outside restaurants.

The pair met online during the pandemic, and like all couples that have gotten together during this time, they haven't been able to enjoy many normal restaurant dates.

About a month ago, Leo heard about how August 8 in Toronto's Chinatown was doing all-you-can-eat drive-in service, and that was where the couple first tried out their truck idea, bringing along Leo's mother and her partner from his bubble.

They enjoyed it so much, they've been doing it ever since, making every place they go into their own private drive-in.

Leo tells blogTO it's been "an alternative way to get out and actually do something" and "just a fun idea that we ended up enjoying quite a bit, so we kept it up as a good way to get out of the house and support our favourite restaurants." 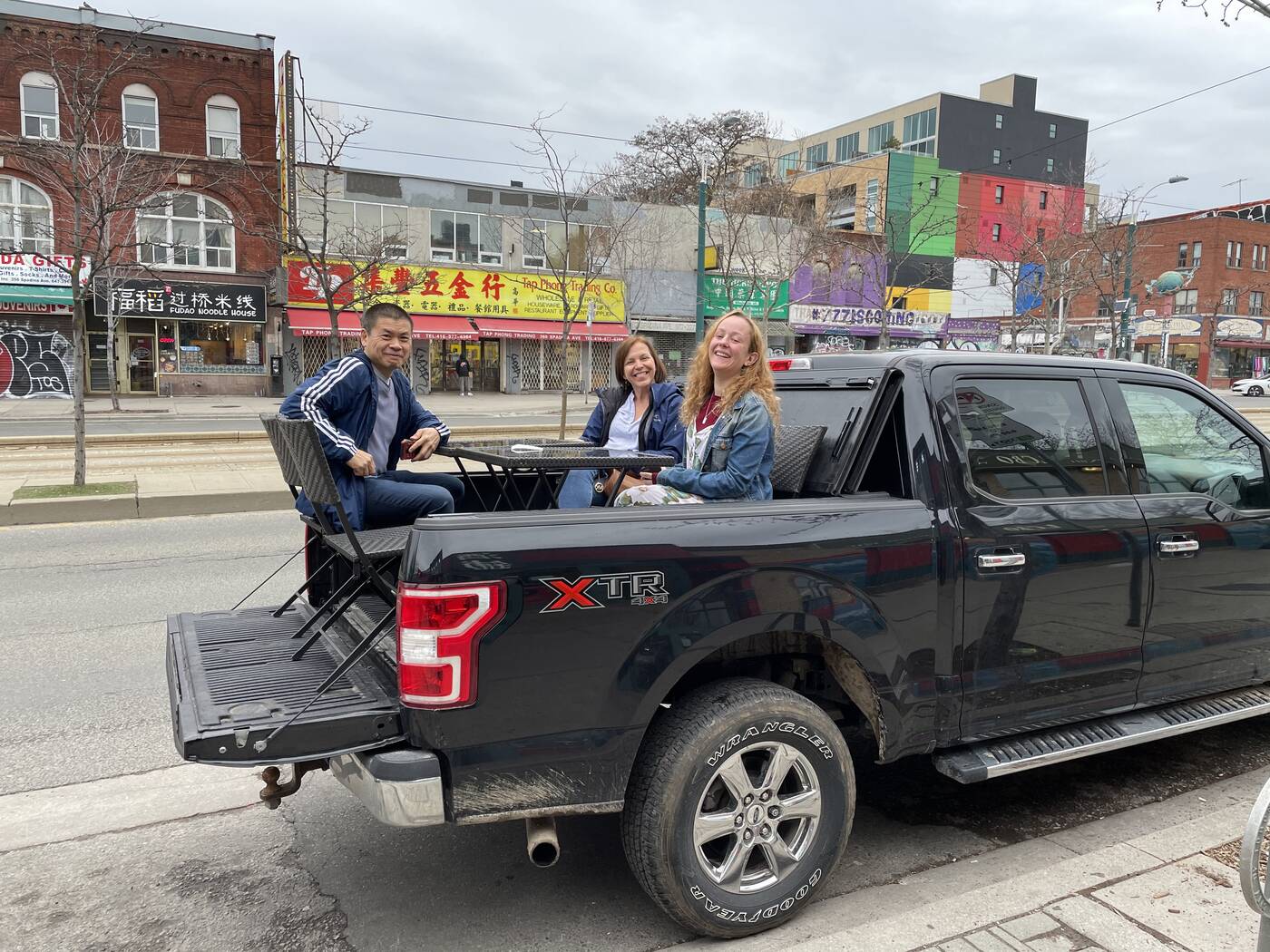 Van Gelderen dining in the cab of Leo's truck with his mother and stepfather. Photo courtesy of Jacob Leo.

"It seemed like a great way to enjoy the weather, while also being conscious of our, and other people's, safety," van Gelderen tells blogTO.

"Being able to people-watch, something I've sorely missed, while having our lunch, makes that light at the end of the tunnel seem that much closer."

"I've always been a fan of trying new places so I've been all over," says Leo.

"I personally loved the all-you-can-eat sushi. That's something that isn't available, even with takeout. Being able to do that again was such a fun experience, and we've done that a couple of times since starting," says van Gelderen.

"It's just been the two of us, as again, we want to stay as safe as possible, but we definitely have chats every now and then with the people on the street, which just adds to the entire experience."