August 8 is an AYCE dim sum and sushi restaurant with several locations throughout Toronto as well as Brampton, Hamilton and Burlington. What’s unique about this place is, you don’t have to open your mouth to order, just to eat.

They’re known for their iPad ordering system, through which you can choose from a wide selection of sushi, sashimi, hand rolls, dumplings, teppanyaki, udon and more. 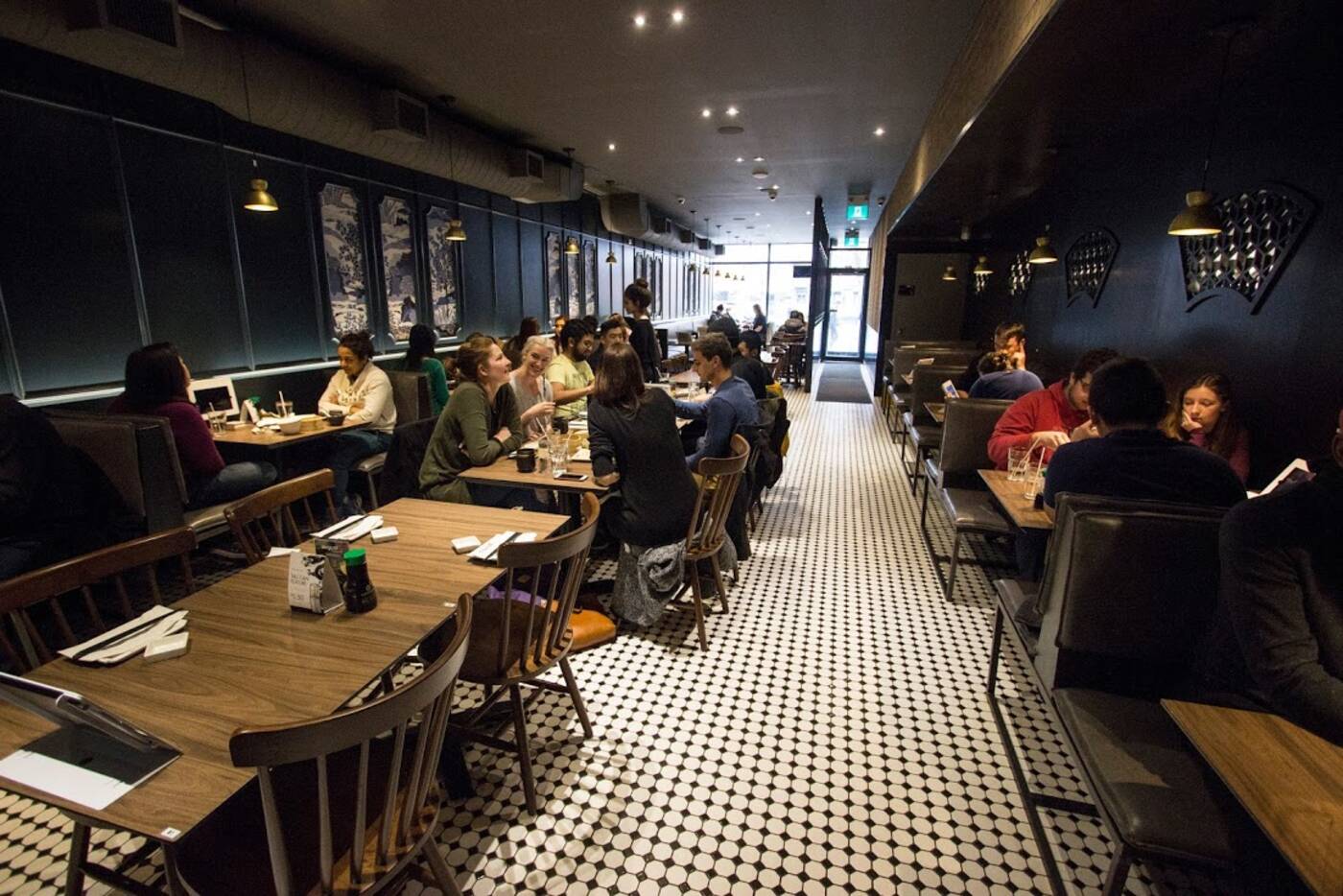 The interior is cute and pretty in shades of navy with a bold geometrical feature against the far wall. I see the inlaid designs on the walls and dim colour palette as a kind of homage to the classic decor of old school dim sum spots like Rosewood. 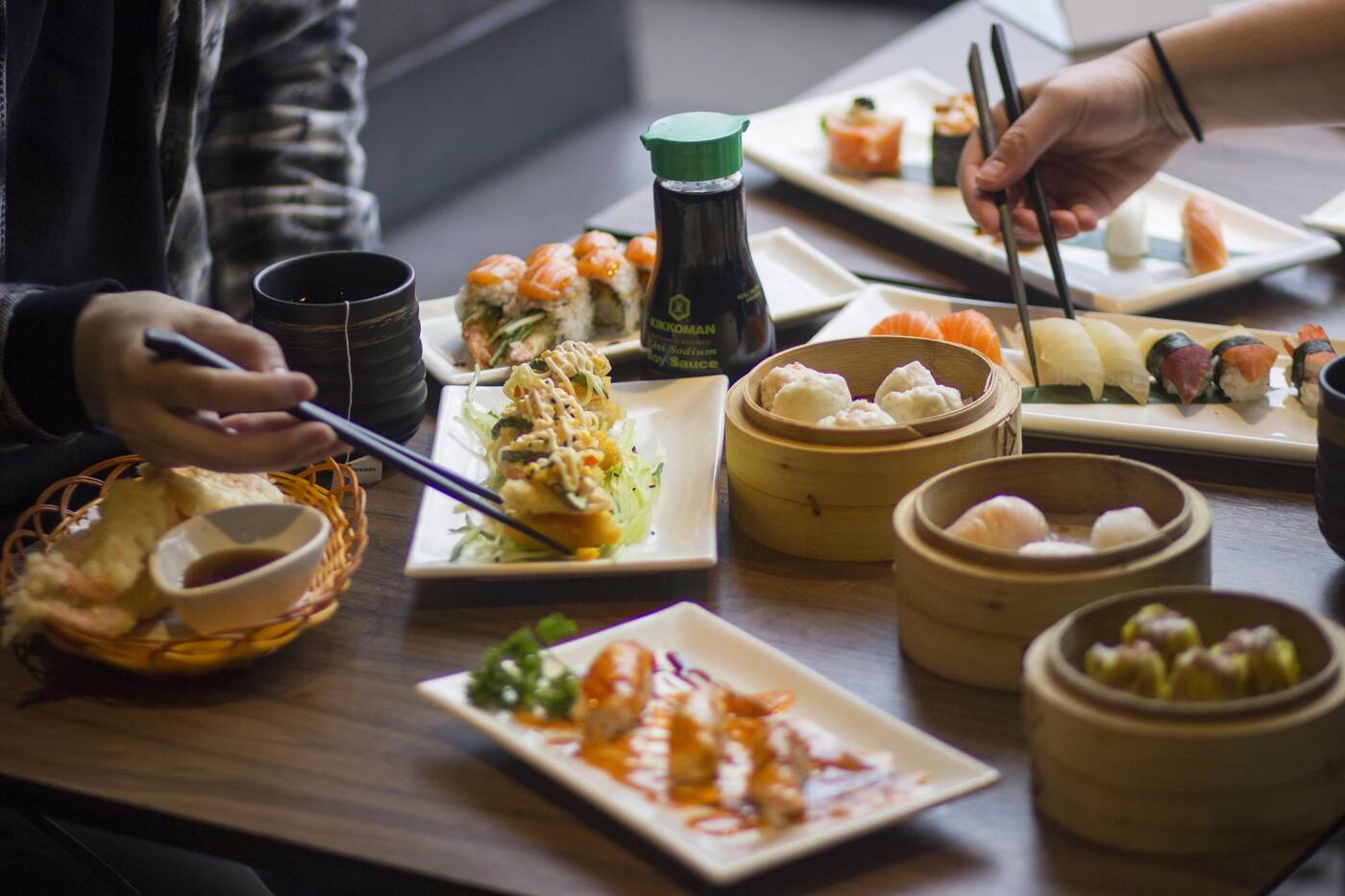 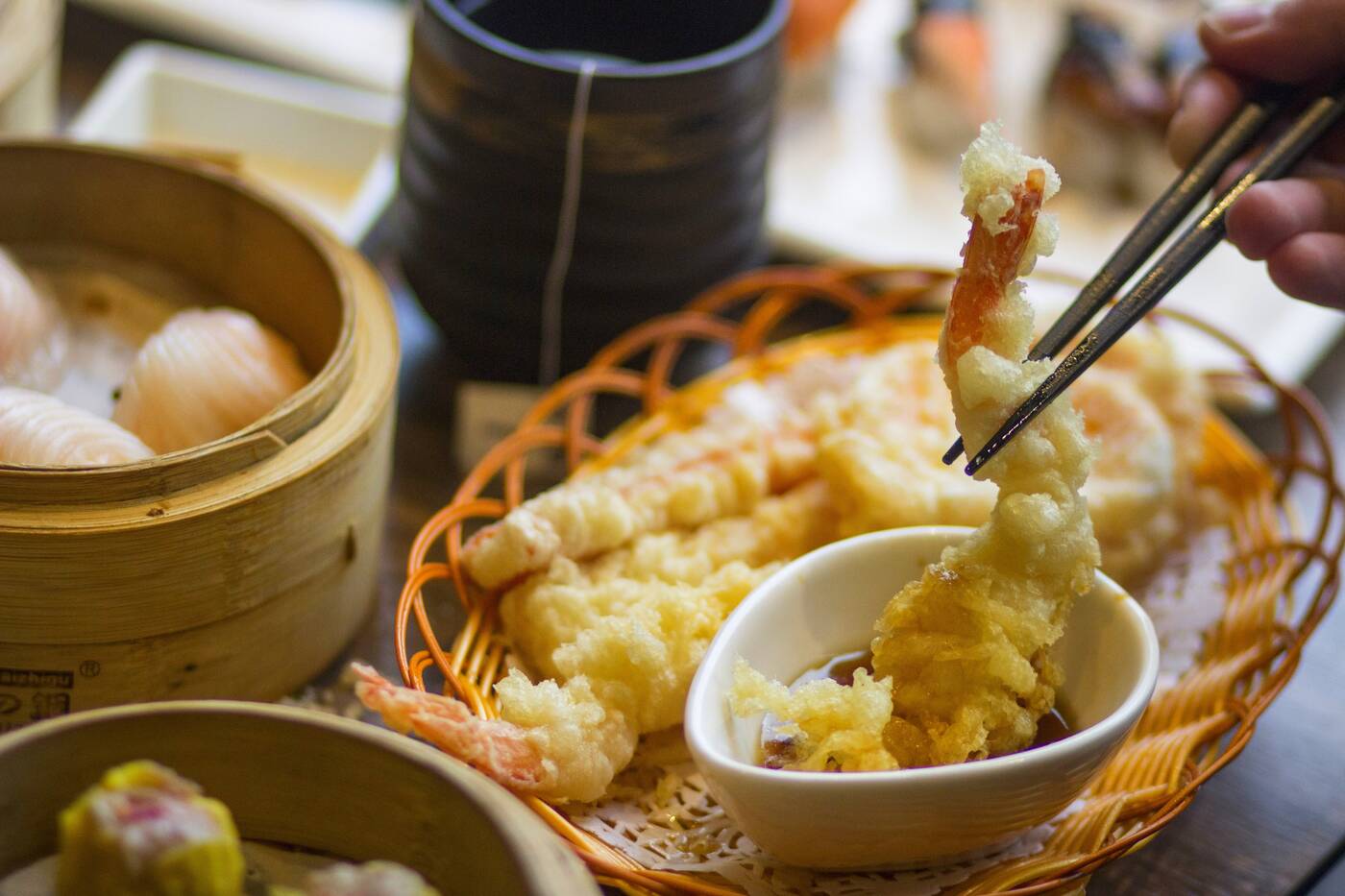 We try some typical yam, crab and shrimp tempura. The yam and crab were nice and thinly battered, but the shrimp was a bit lacking in comparison to its thick coat of batter. There are also more unusual tempura options like scallop, mango chicken, pumpkin and chicken wing. 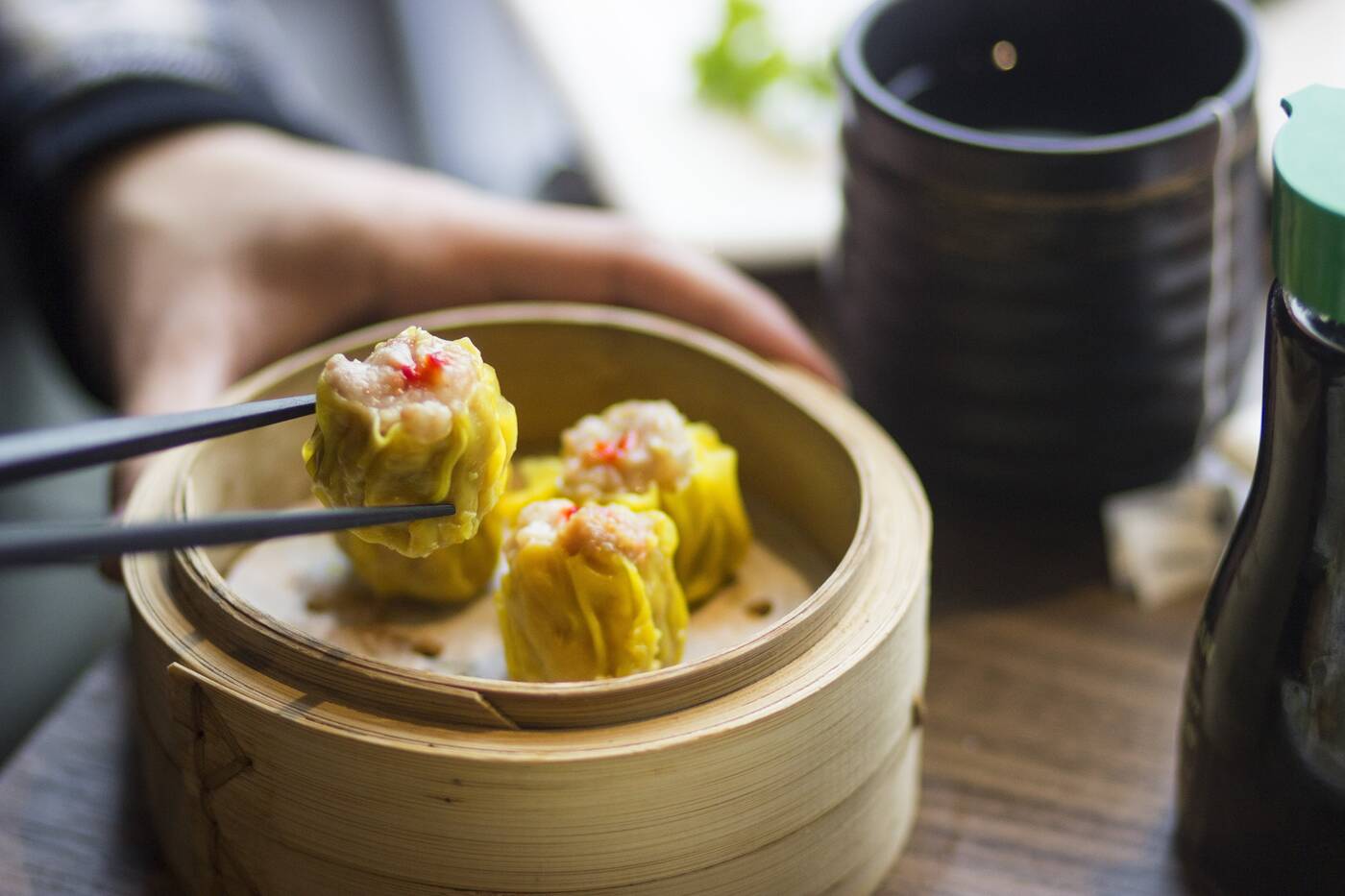 Pork shiu mai comes in an order of four in the basket it’s been steamed in, like most all dumplings and buns here. It’s not the biggest or most intricately presented but the pork filling is solid. 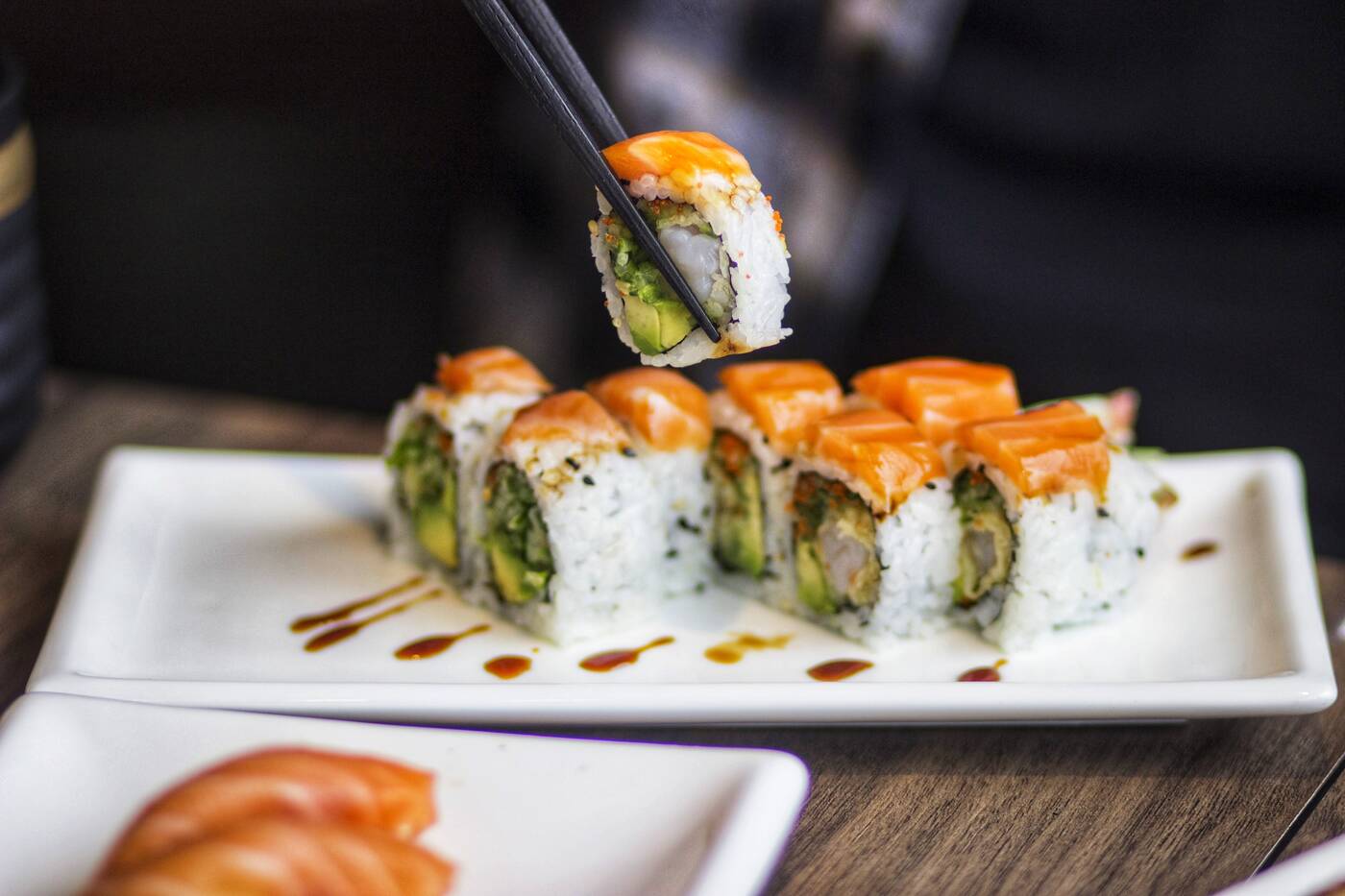 A red dragon roll is sliced into eight pieces, with the usual cucumber, tobiko, avocado and shrimp tempura, topping of salmon and two flashy, overstuffed tail pieces. There’s a good ratio of filling to rice and the roll is nicely compacted rather than crumbly. A drizzle of brown sauce is a nice finishing touch. 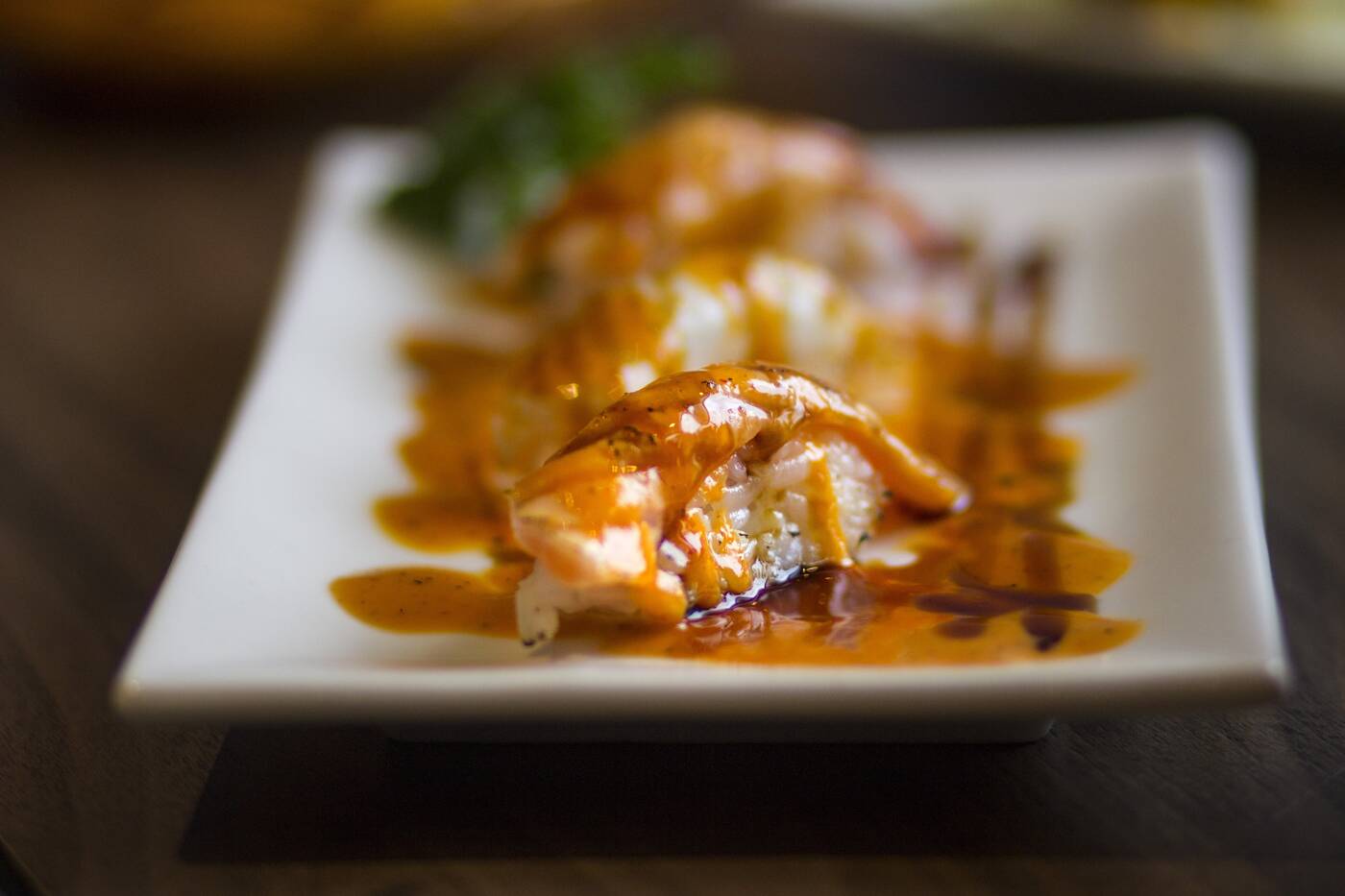 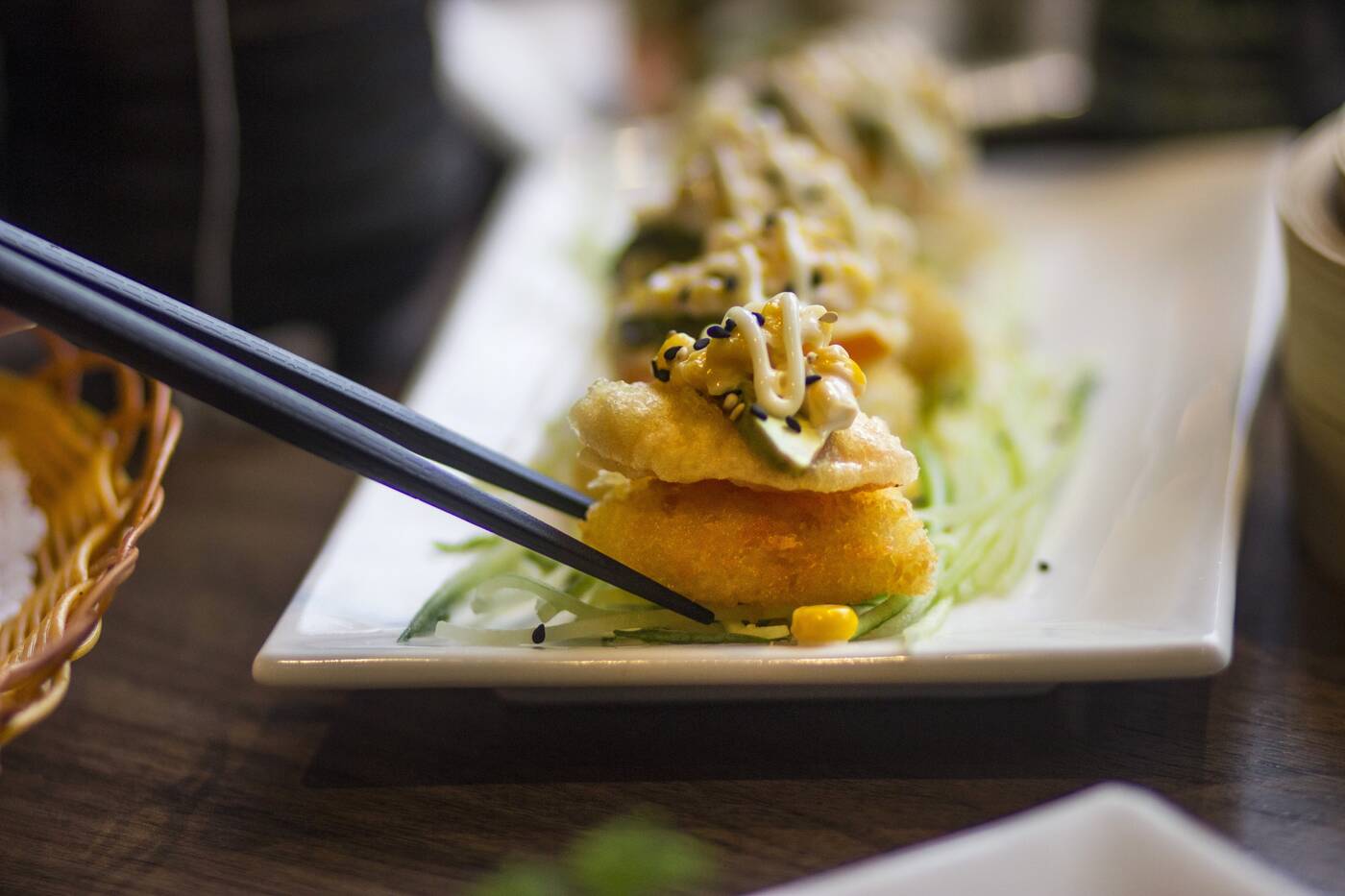 Most little “pizzas” contain fish like unagi or salmon but there’s one for the vegetarians here too: tiny slices of rice cake are topped with fried yam, avocado and corn for a crunchy bit that’s got enough fried elements to satisfy. 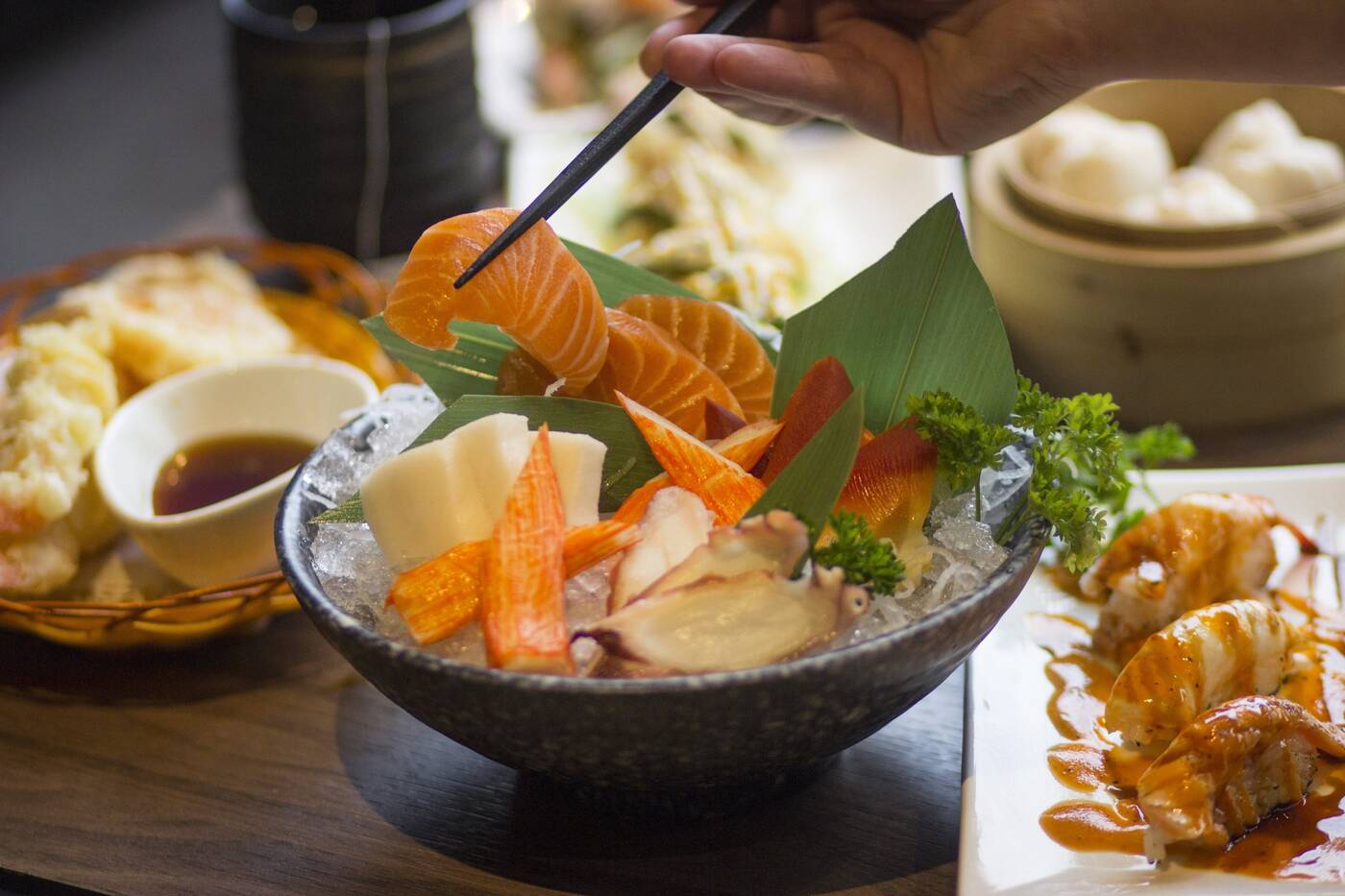 Sashimi is slices of fish cut thick and even. Fake crab is cut on a bias as well as octopus, showing off the pretty furls of the tentacle. Nothing is too tough or fishy, and all the sashimi is kept cool by a bed of ice. 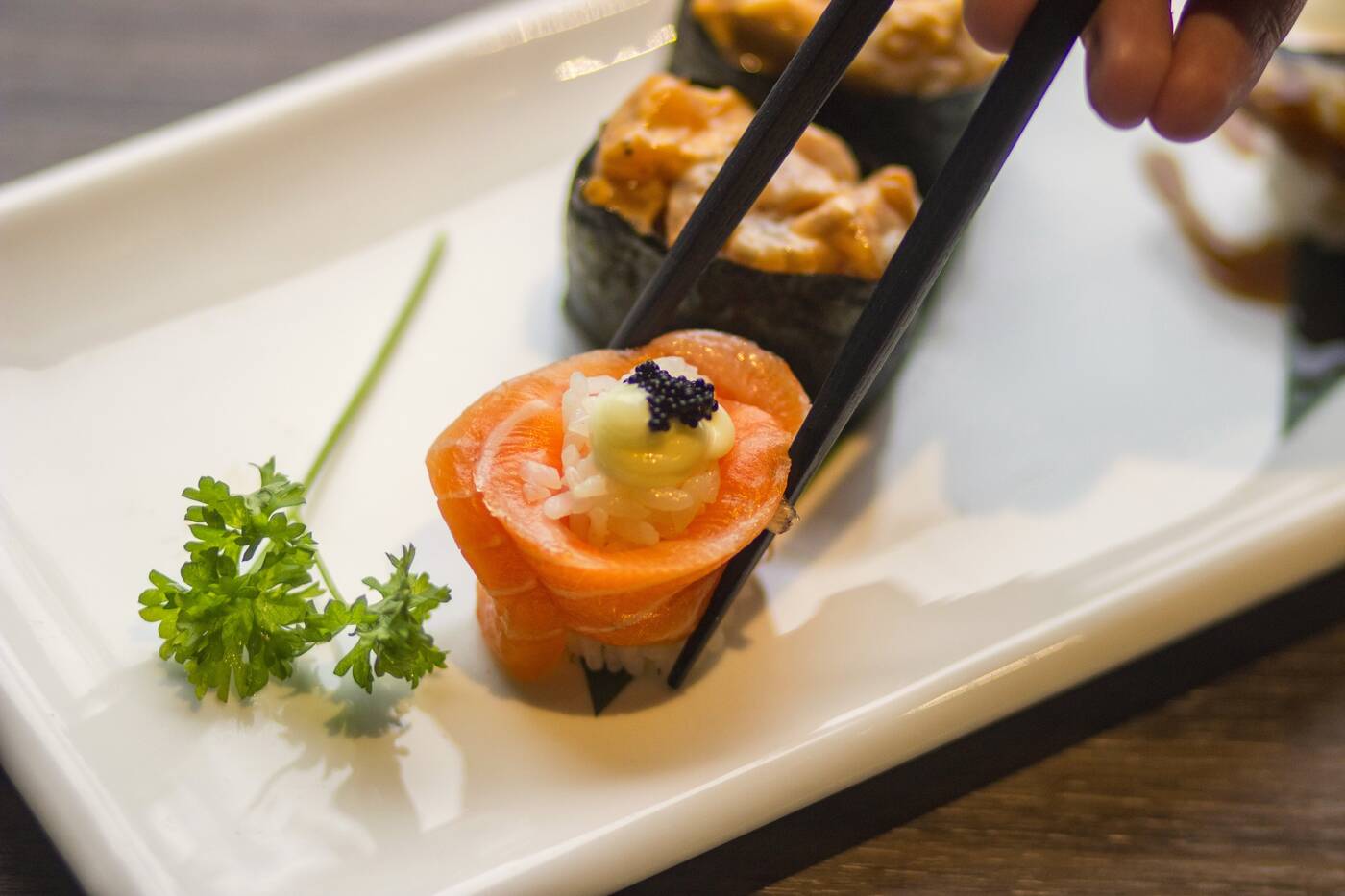 A salmon rose is basically an over-the-top salmon nigiri loaded up with mayo. There’s a little caviar on top that I wish I could taste more, but I’m loving the double salmon effect. 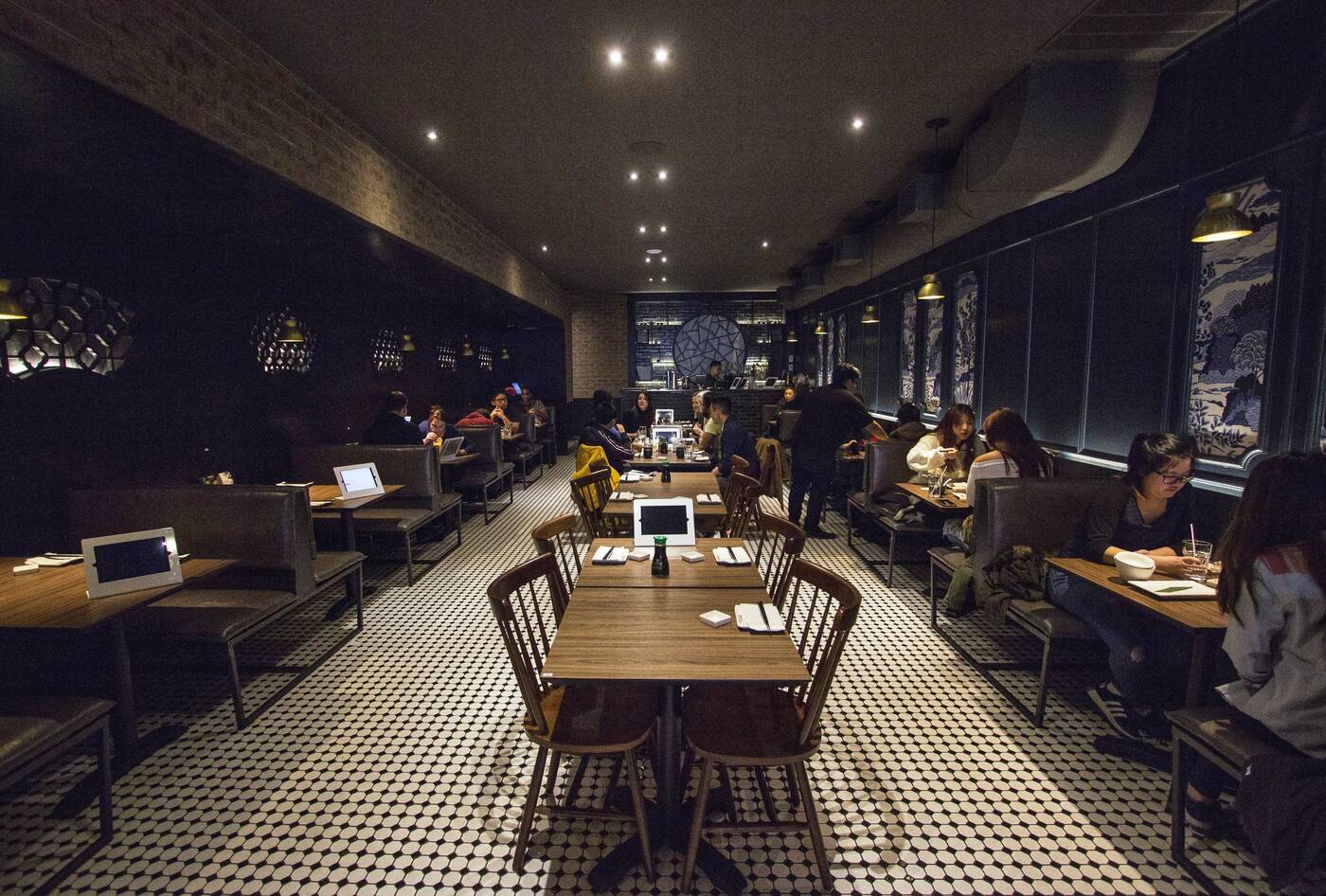 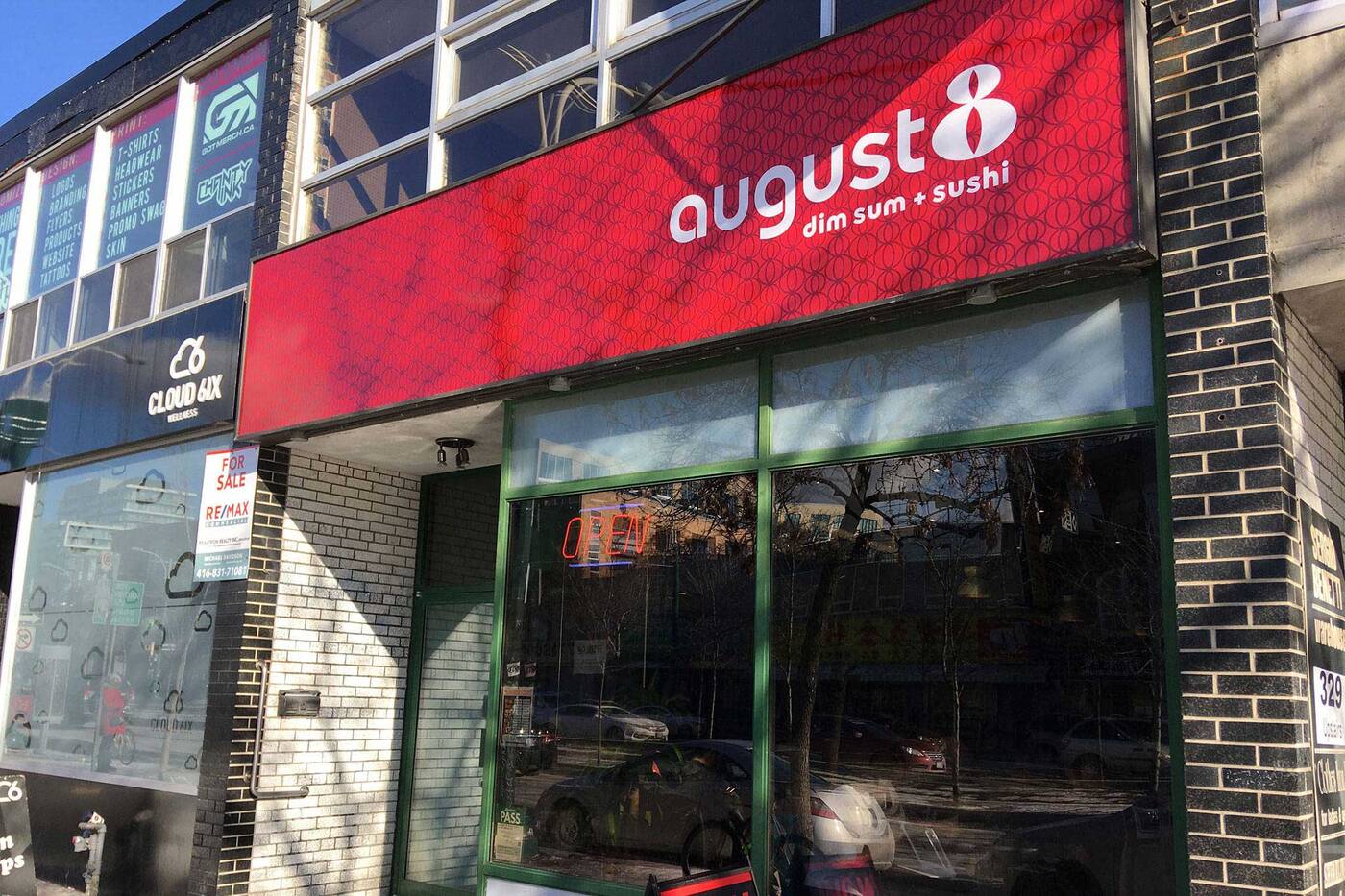 The Best AYCE Sushi in Toronto