Downsview Dells, just west of a much more frequented neighbouring park, leads through the Black Creek ravine where there are quiet trails surrounded by wide-open nature expanses and plenty of fire pits in a wetland setting. 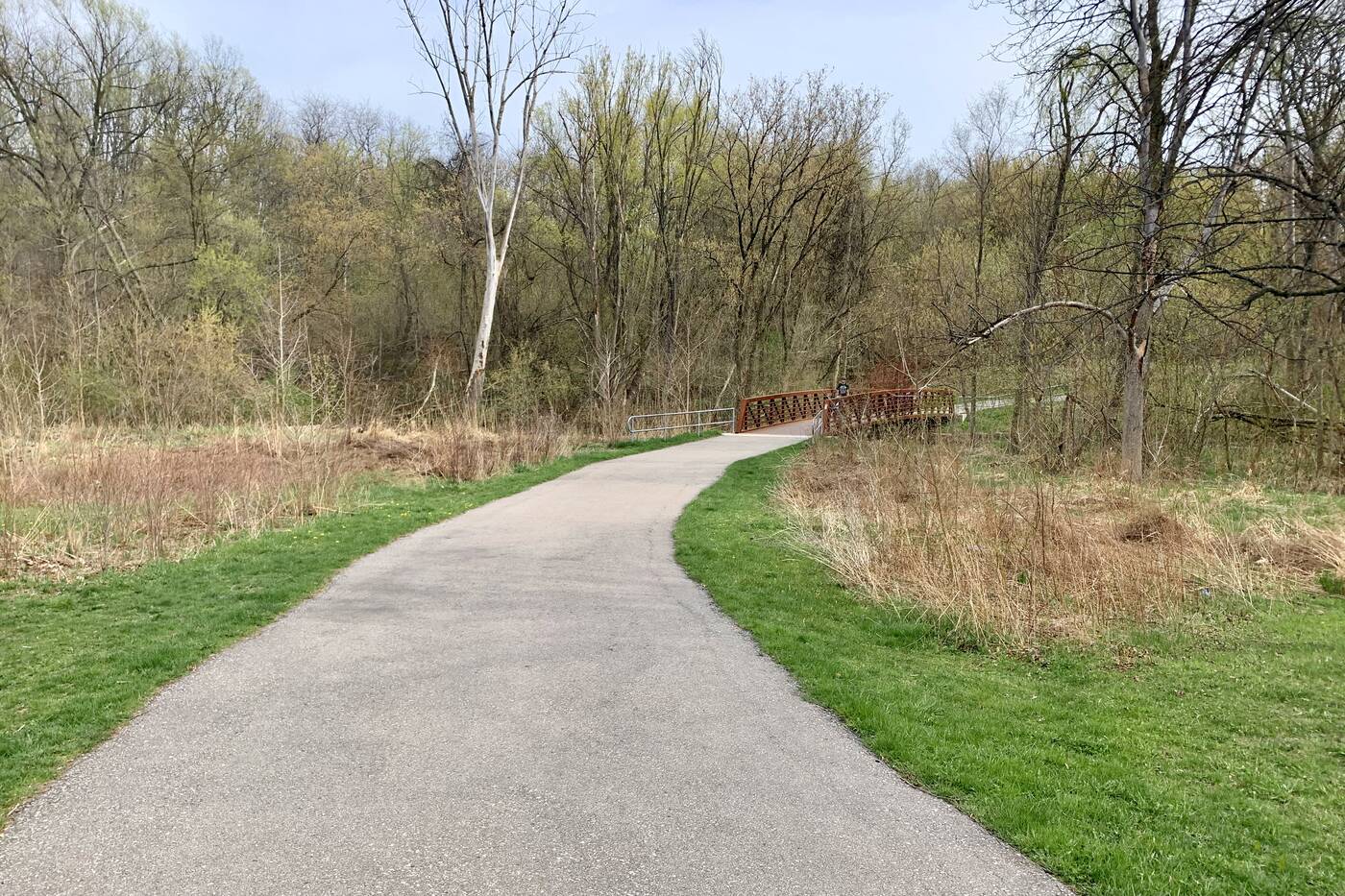 Downsview Dells Park can be accessed at Jane and Sheppard or off the residential Langholm Drive.

Starting just south of Sheppard and Jane, the park spans a whole 75 hectares and comes as a starting point for a five-kilometre walk up through the valley to the Black Creek Pioneer Village. 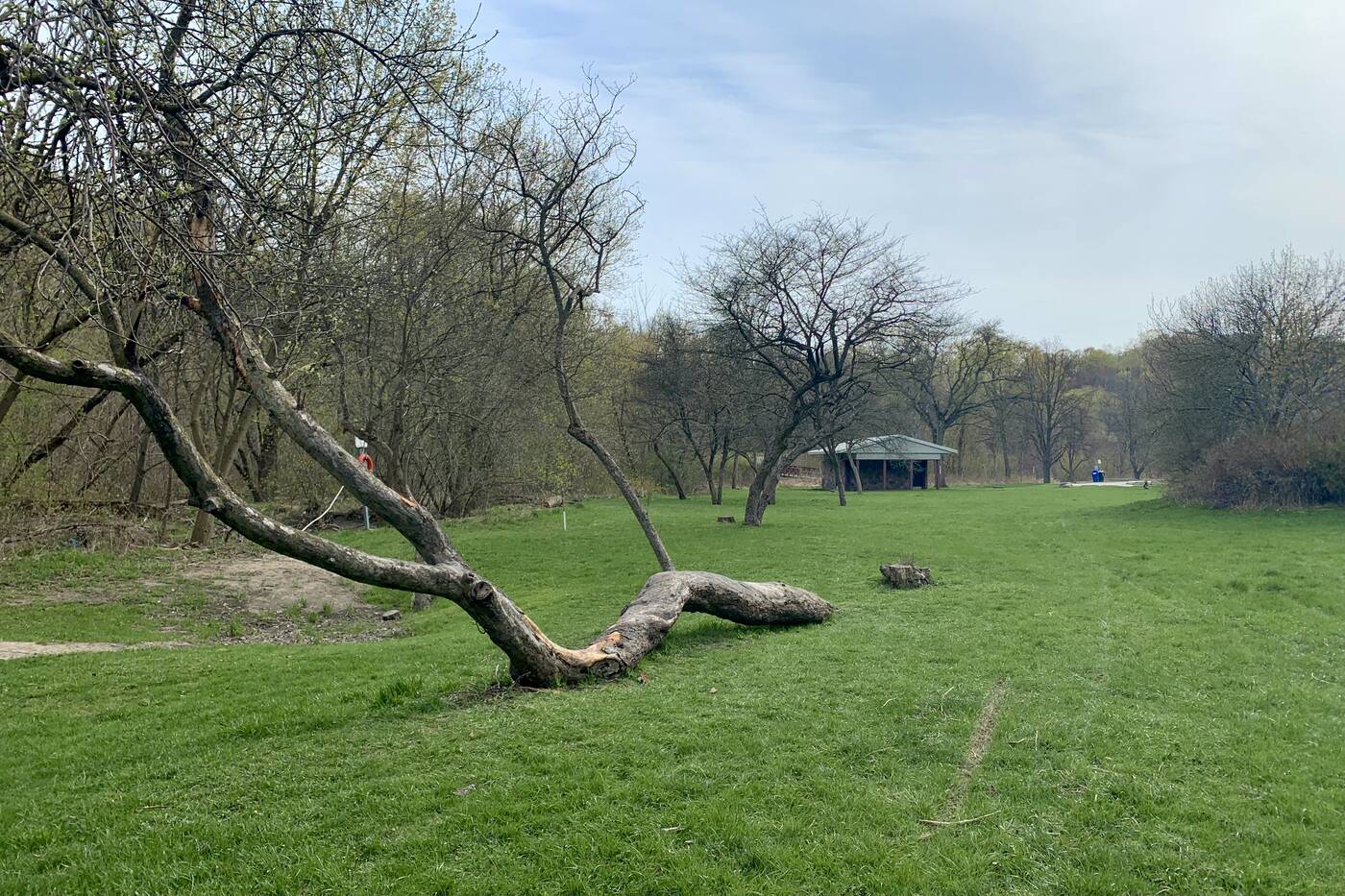 The park is surrounded by wetland and extends to the Oakland Golf and Country Club.

Even if you don't plan on making the entire trek northwards, Downsview Dells would be a nice and secluded spot to spend an afternoon. 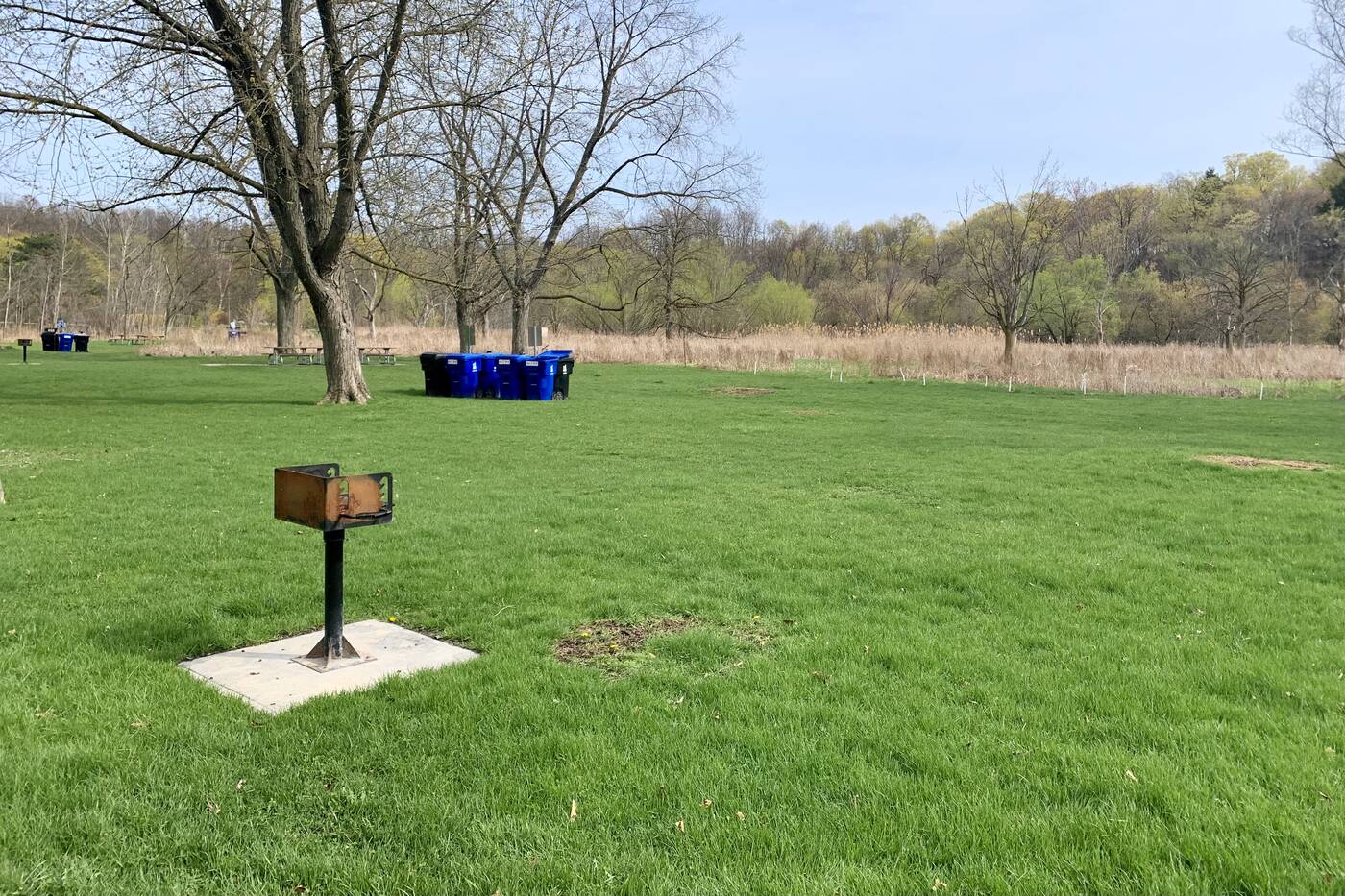 There are fire pits, barbecue and picnic areas in the large open grass patches through the area.

Grassy picnic areas with barbecues and fire pits sit right next to a large marsh, with the grounds of the Oakland Golf and Country Club bordering the west end. 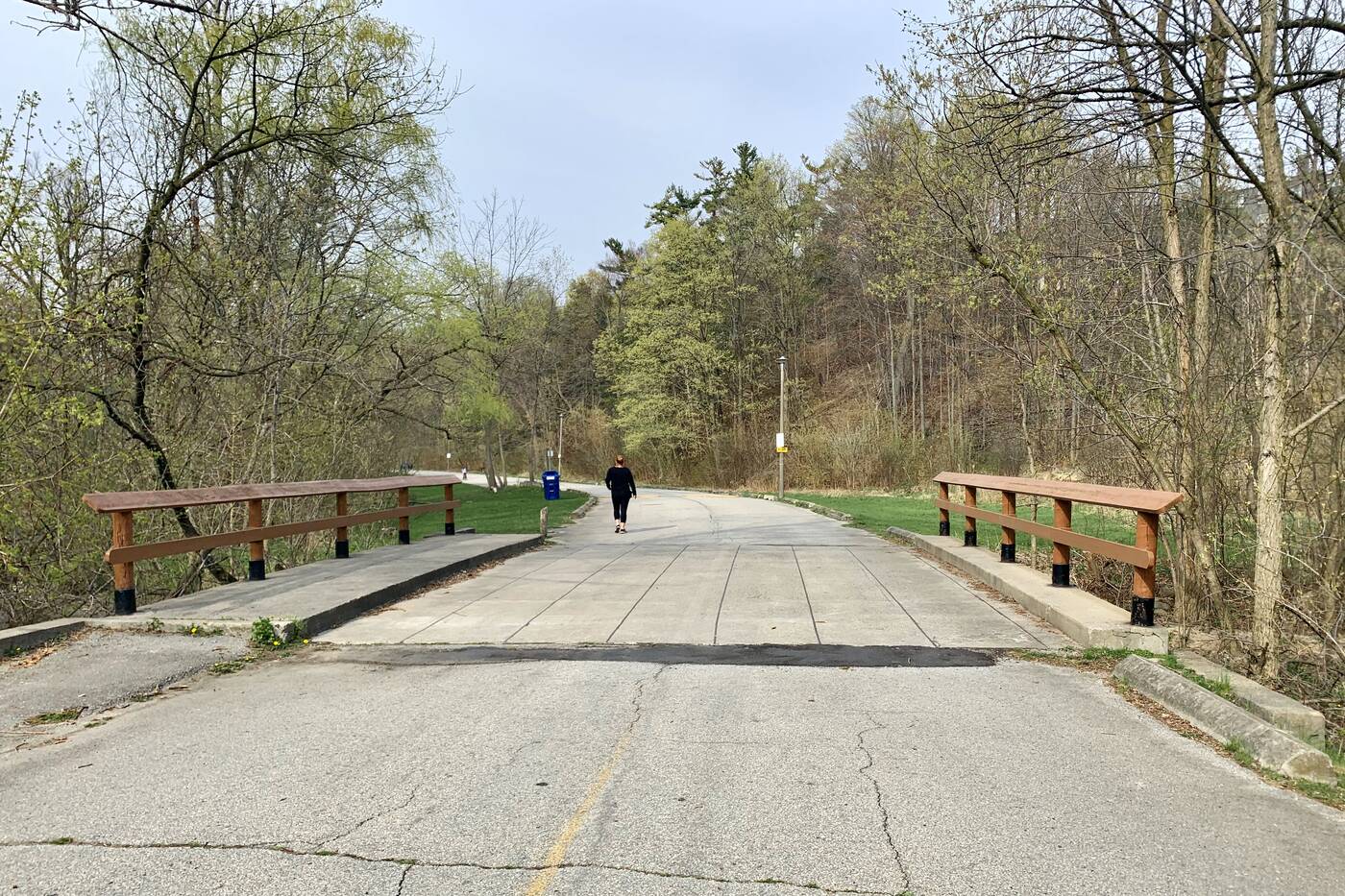 Heading north will bring you through the Black Creek ravine and by a few smaller parks.

The park that's been around since 1960 used to be named Black Creek Park and was later renamed when Black Creek Pioneer Village was put on the map. The small, tree-covered valley seems aptly renamed. 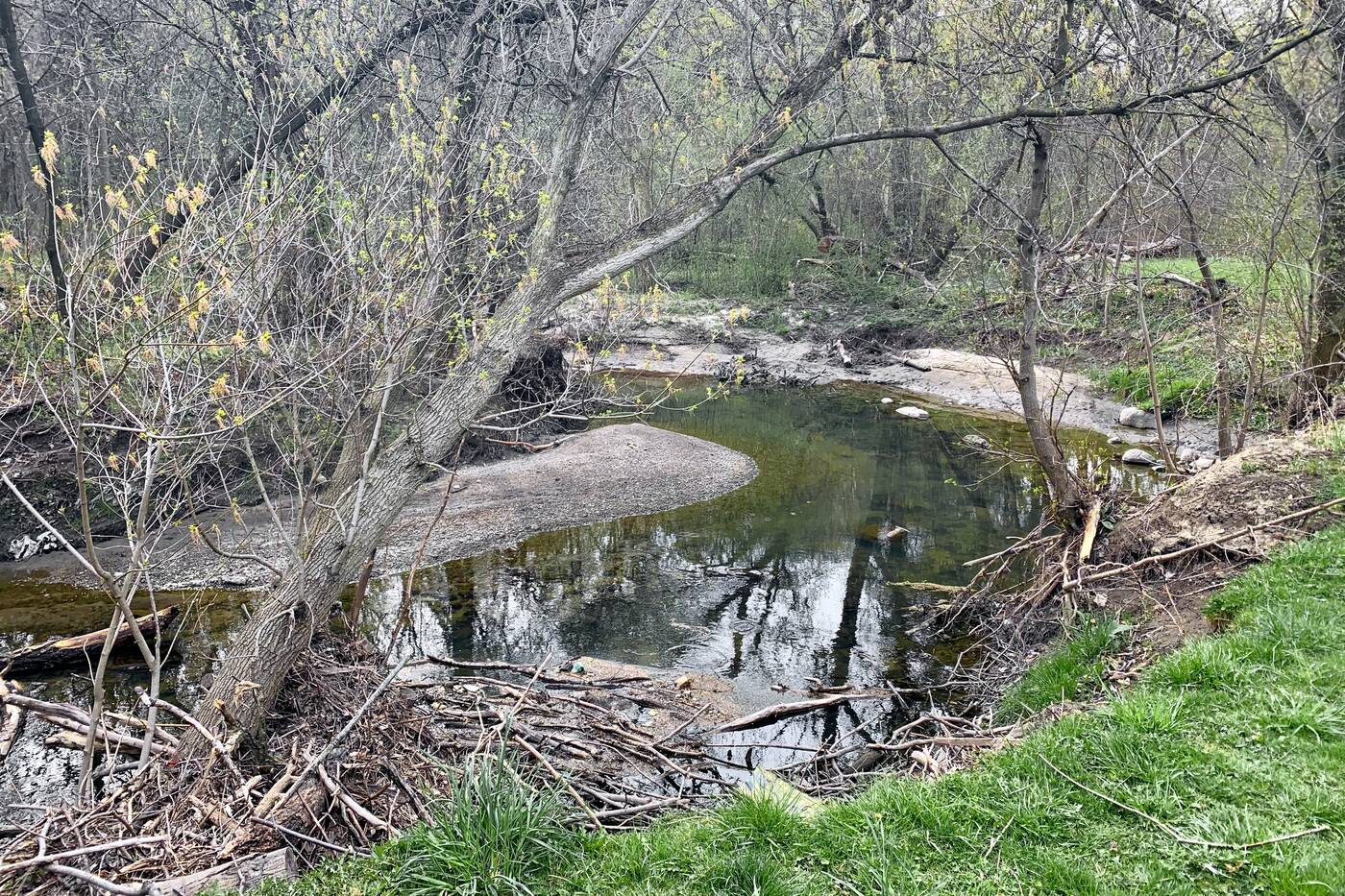 The Black Creek, a Humber River tributary, flows through the area.

The Black Creek that flows through the area winds in and out of little hills and valleys while on its way to Lambton Golf and Country Club where it'll empty into the Humber River. 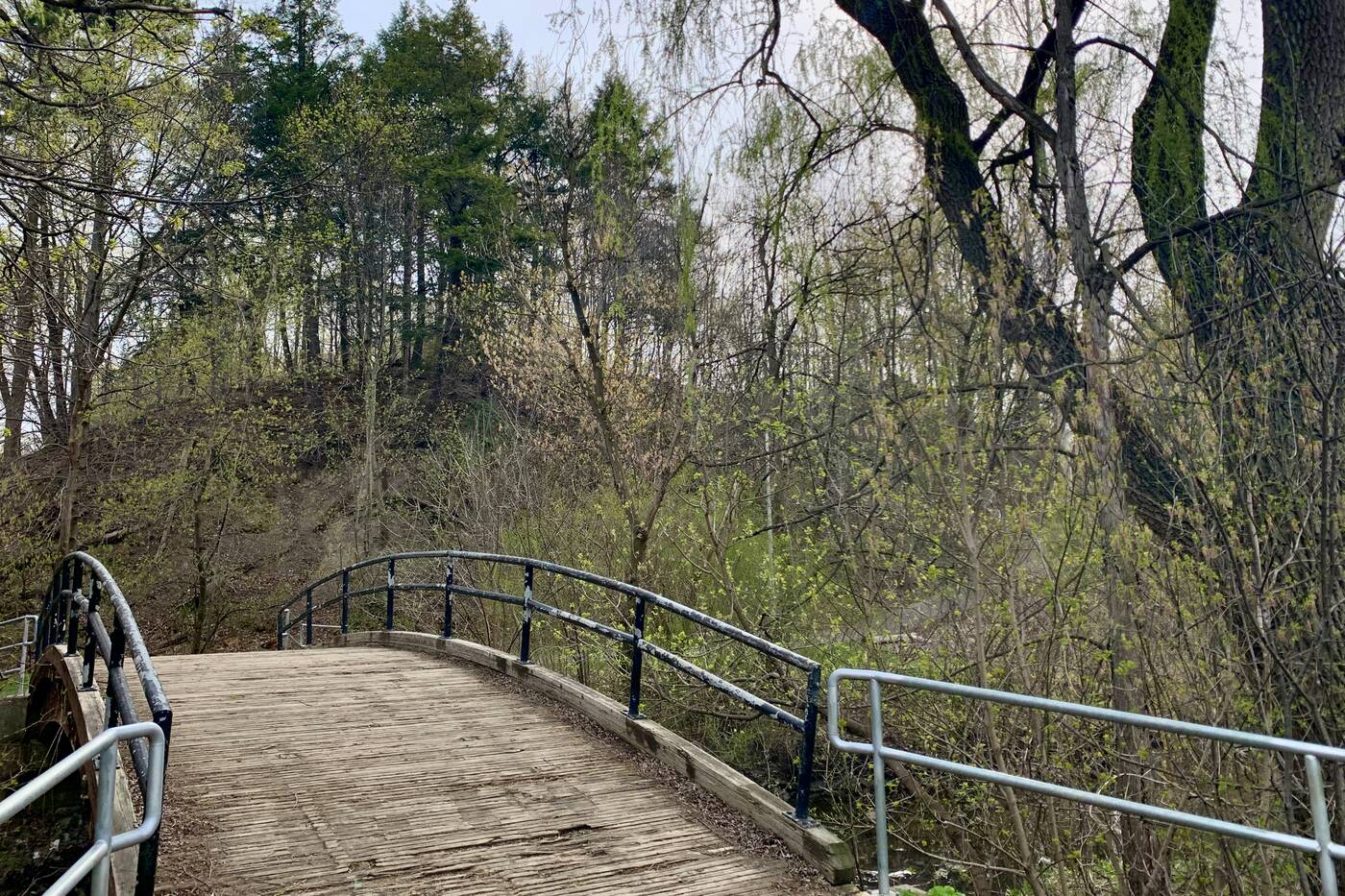 The creek eventually turns into a concrete channel, but the park features the waterway in its natural state.

During its journey down from Vaughan, the creek transforms from its natural state as seen in the forested ravine of the Dells to a concrete channel in the section southwest of Weston and Humber Boulevard North. 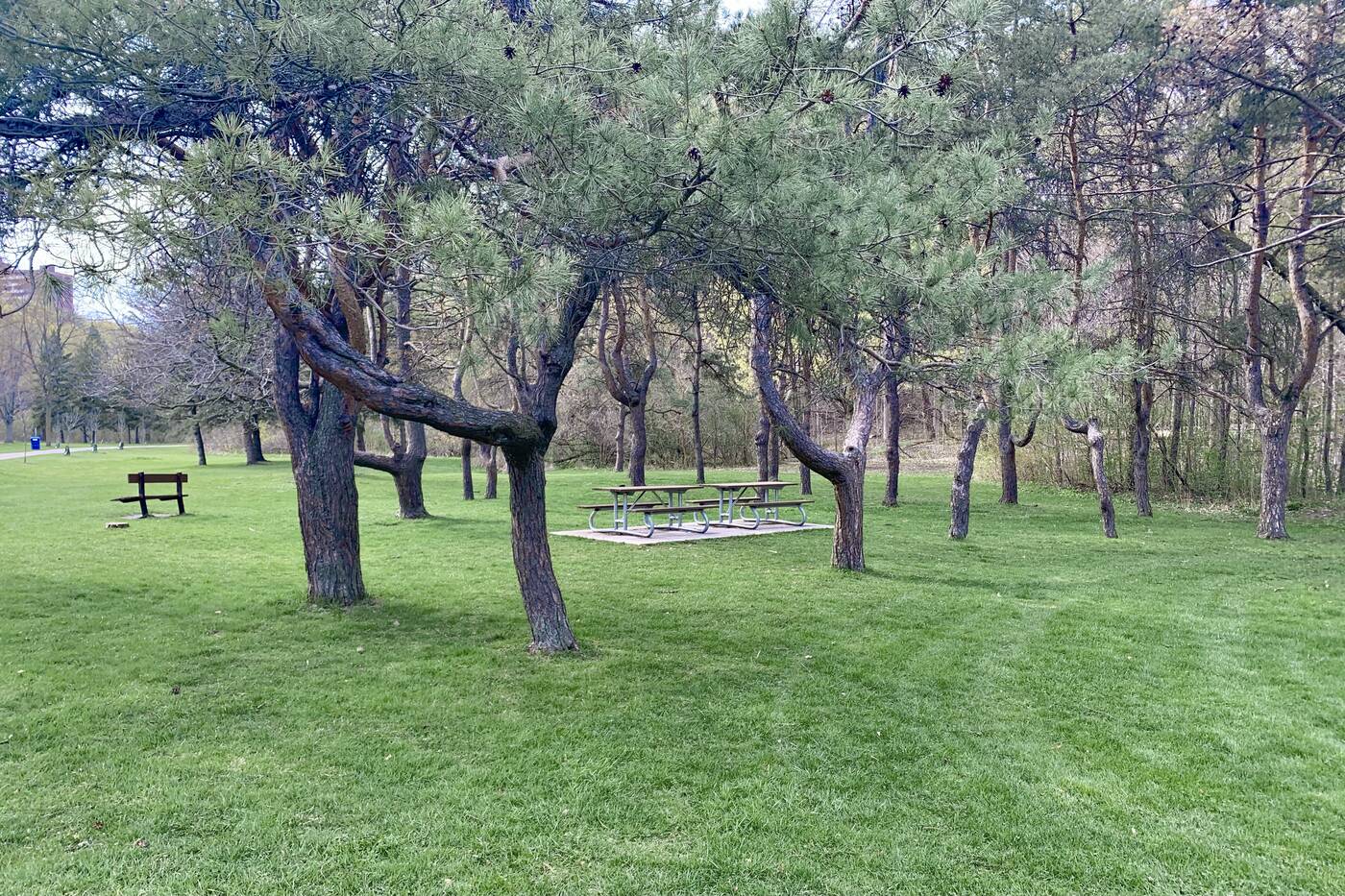 There are more picnic areas and fire pits in Northwood Park, along with plenty of shady trees.

You'll be led through a number of other small parks including Northwood and Derrydowns as you follow the scenic paved trail that follows the Black Creek. 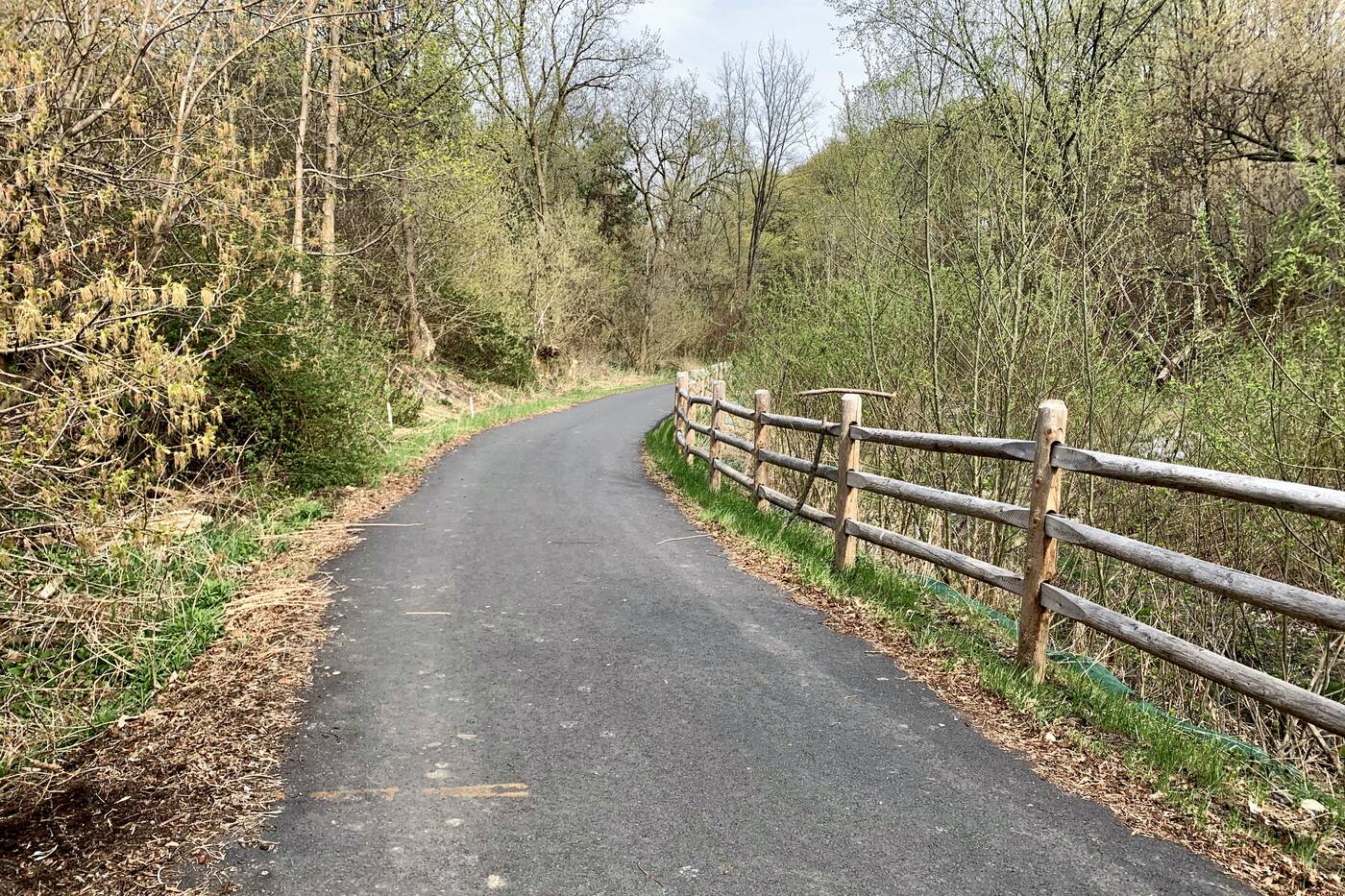 A shorter trail branches off of Northwood Park's parking lot and leads east toward Keele.

Cross the road at Sheppard to make your way to Northwood Park where yet another secluded fire pit sits. There's also a smaller fence-lined, tree-covered trail that branches off just east of the parking lot. 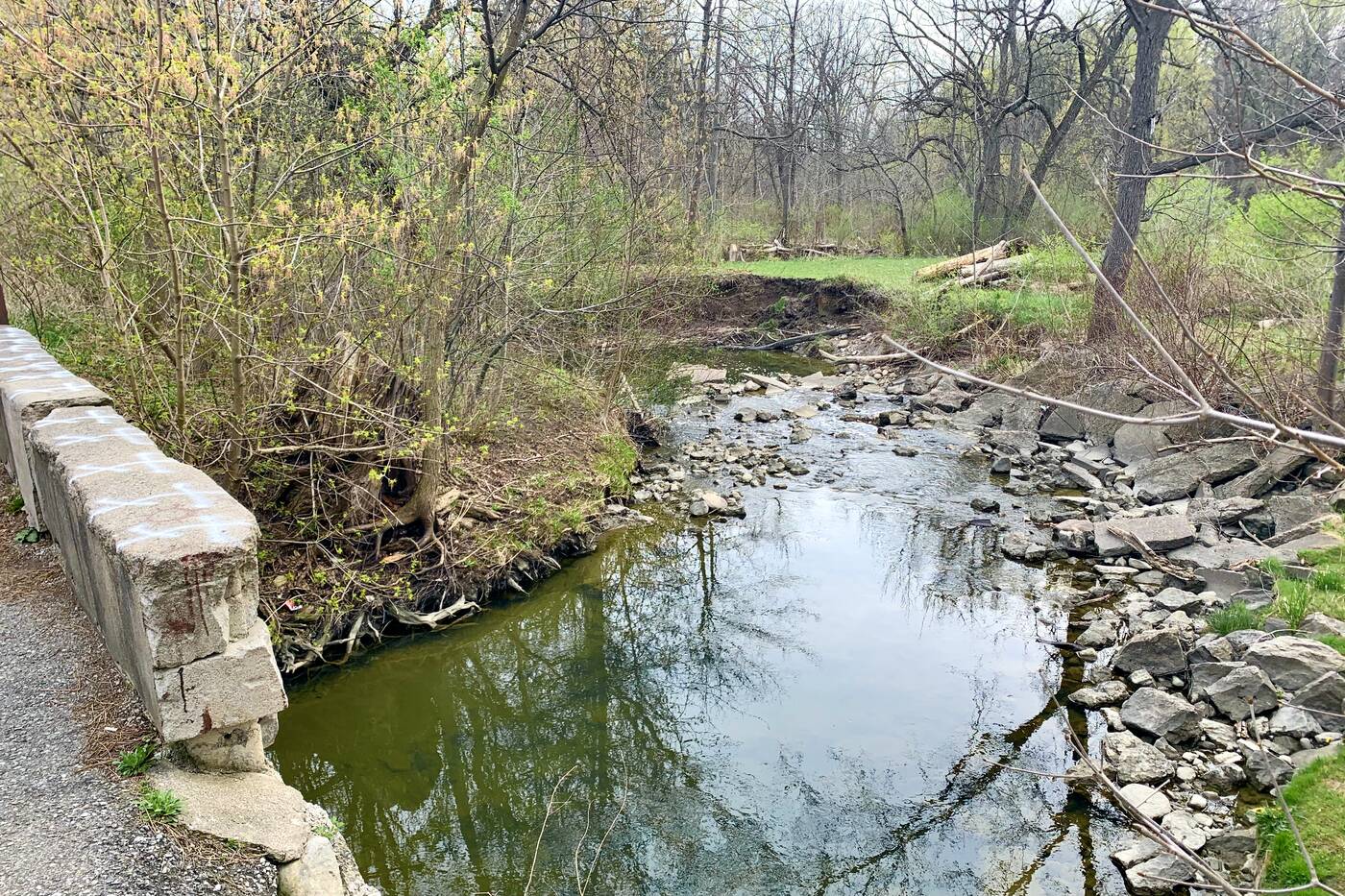 The creek widens through Derrydowns and the river's banks become more dramatic.

Continuing north will keep you on track toward Derrydowns, which is just across the street at Grandravine Drive. The rest of the walk offers up much of the same scenery as it follows the river and passes another fire pit, though the banks of the creek do become more dramatic as you journey on. 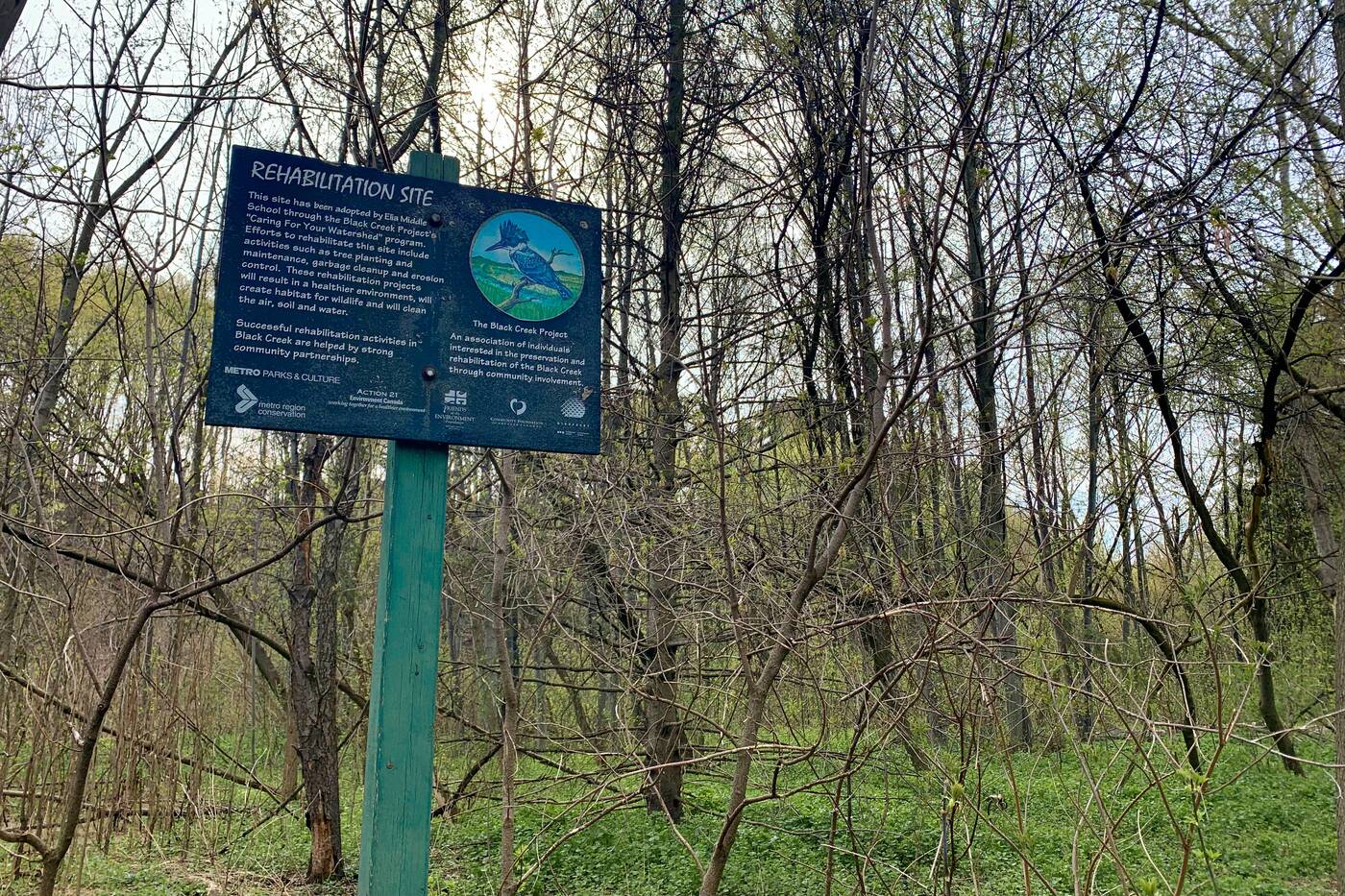 A vibrant forest area houses a rehabilitation site for the feathered creatures in the area.

The edge of Derrydowns Park also features a rehabilitation site for birds. marked with a sign. Keep on high alert as plenty of different birds can be spotted through this area. 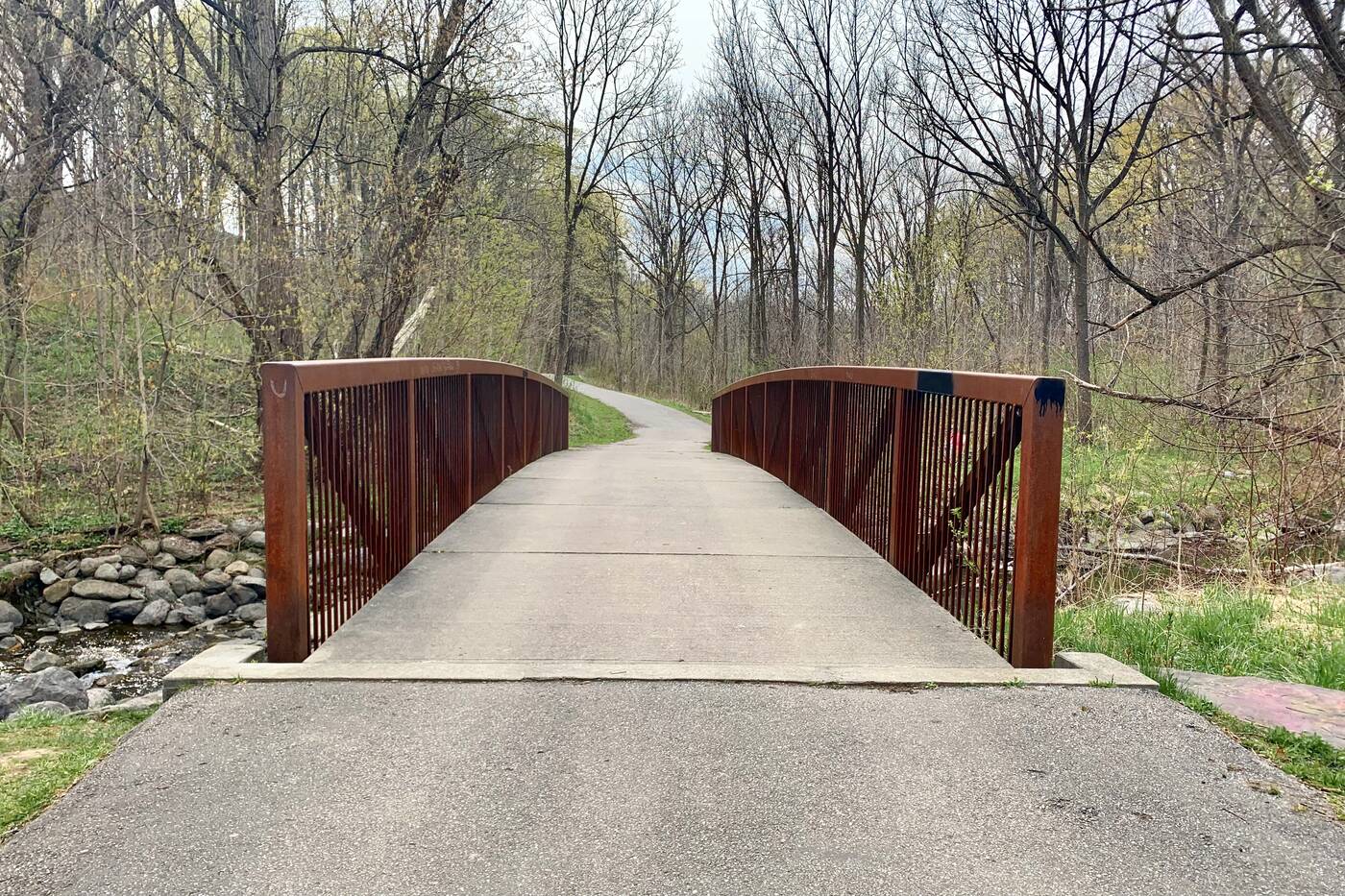 At the north end of the park, Finch Avenue separates it from the Black Creek Parkland where the paved trail continues all the way to the re-created pioneer village.