A Toronto vlogger known for live streaming his walks through the city was allegedly assaulted after being followed into Broadview subway station.

Johnny Strides was ending his two-hour-long vlog at Broadview Parkette on Thursday, April 1 when the incident occurred. It was broadcast live on his YouTube channel to his 44 thousand subscribers.

In the footage (starting at 1:55:31) a man is heard asking Strides what he is filming, to which Strides explains that it's a live stream for his YouTube channel.

The man, wearing a medical mask whose identity is unknown, seemingly recognized Strides saying "oh you're that guy I just saw the other night, yeah crazy."

When asked if he was alright with being filmed, he said no to which Strides responded by saying "alright I'll keep the camera away."

The conversation was civil and came to an end, as Strides said "cheers" and the man walked away. Strides then continued talking to his live stream, when the man turned around and came back. 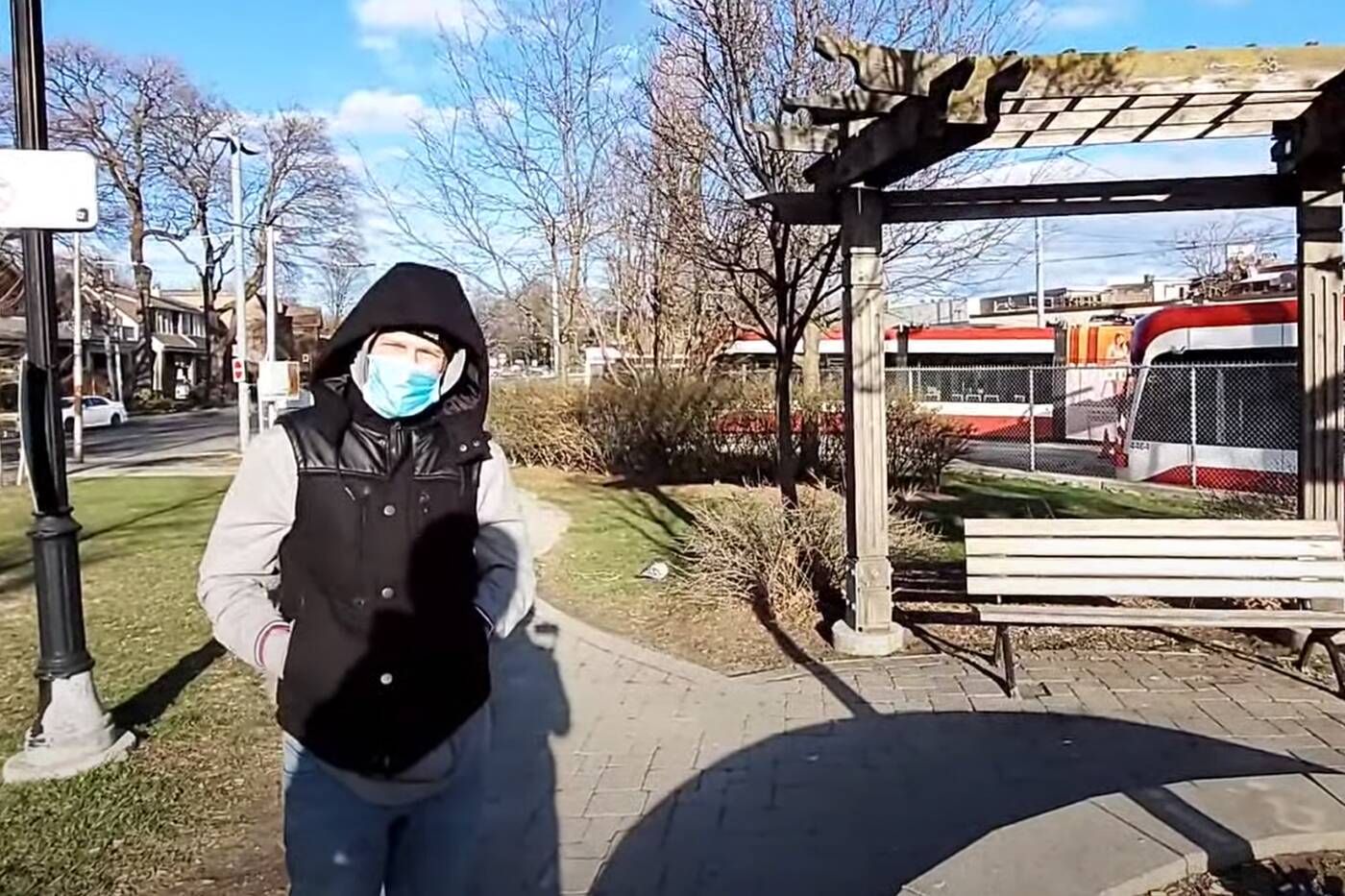 The man that Johnny Strides interacted with before allegedly being assaulted.

Strides asked the man to leave him alone and keep his distance as they both walked toward the subway station. When the man repeated that he did not want to be on camera, Strides replied with"you're in public, you have no privacy in public, that's the law."

The exchange between the two continued and the man followed Strides into the station. Strides told the camera "I'm going to head down to the subway because I got a guy chasing me."

As he made it down the stairs and signed off, the camera angled down but the audio continued to run. When the footage began to shake, Strides is heard saying "buddy, ow, holy f---, dude you f------ hit me again." 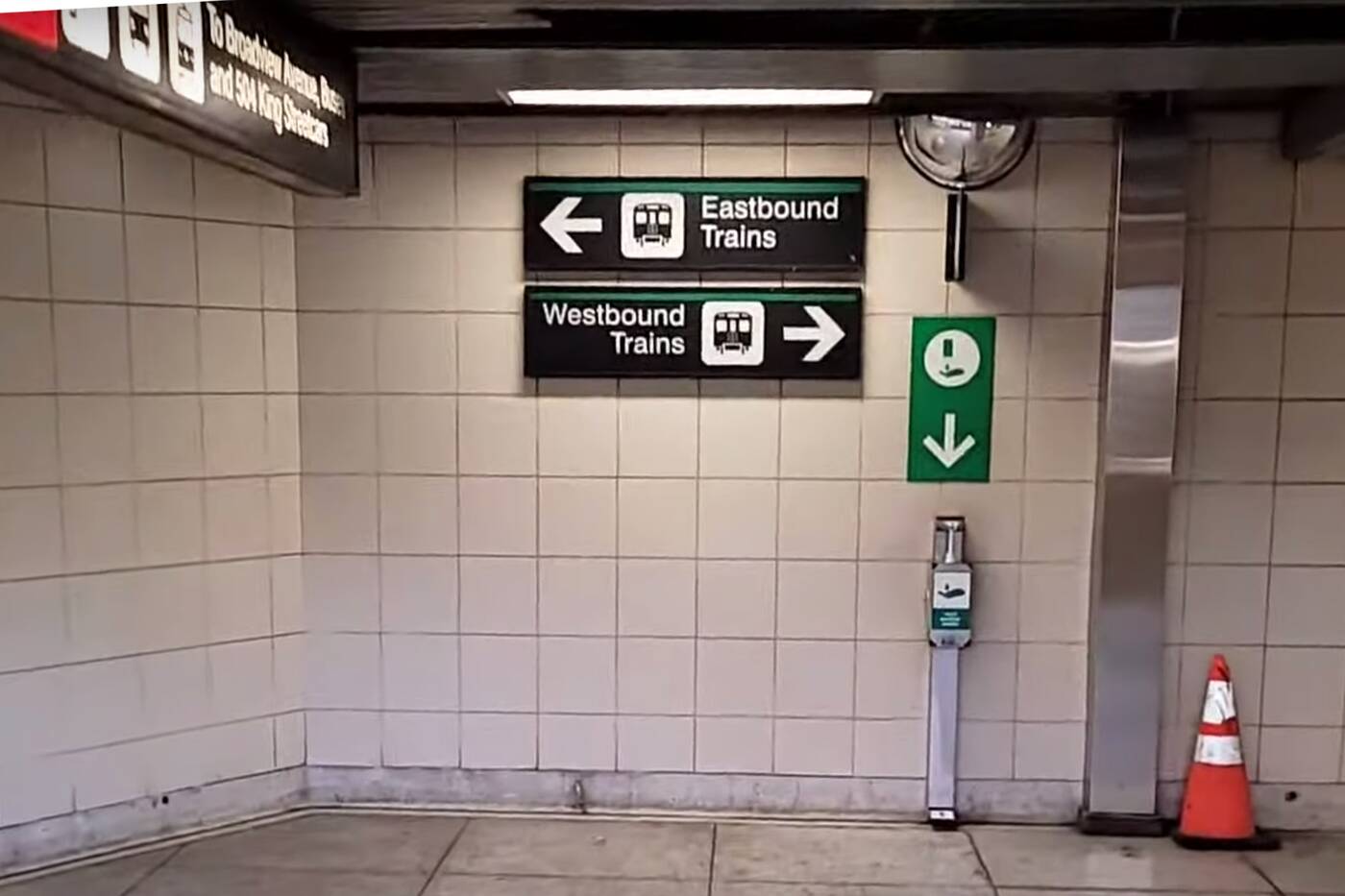 The inside of Broadview subway station where the alleged attack occurred.

Strides told blogTO that what wasn't shown on video was the man "coming around the corner" and "popping [him] in the head," before running away.

In a later video posted by Strides, titled "Update Regarding the Assault at Broadview Station" he said the incident left him with a sprained finger and injured nose, but otherwise fine.

"I don't want to victim blame myself, but I was kind of dumb for going to that one spot. I should have stayed at the ticket booth. But hindsight is 20/20."

After the alleged assault, Strides called the Toronto Police Service who came to his home and opened an investigation.

The Toronto Police Service's Constable Laura Brabant told blogTO that the incident is "being actively investigated and [they] are appealing to any witnesses to come forward.” 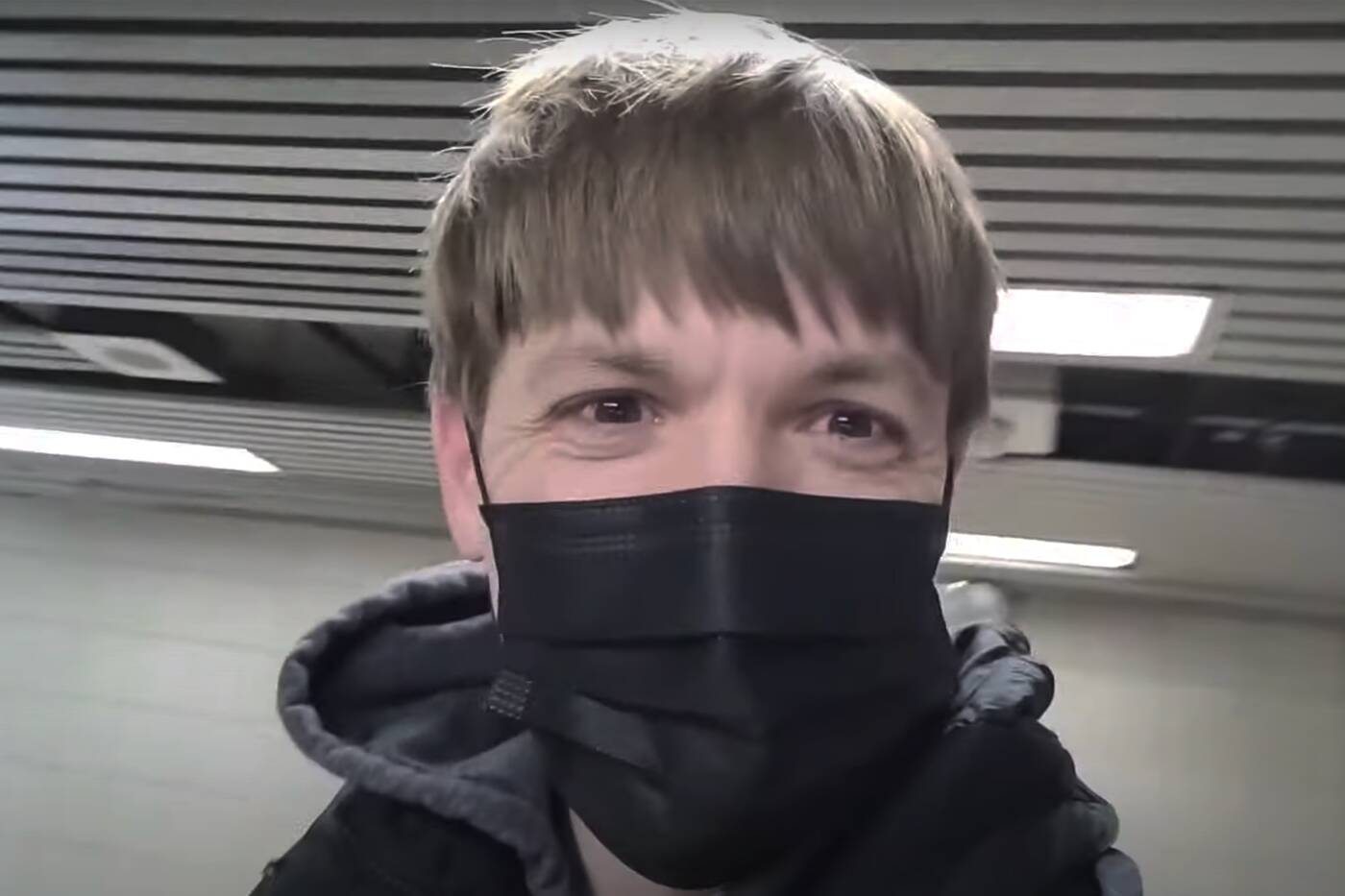 Johnny Strides signing off on his live stream on April 1st, just seconds before the alleged assault.

Strides told blogTO that many of his followers who were watching live called the police. One subscriber emailed him the number of the taxi the man supposedly got into, and another said he found what looks to be the same man in an earlier video on Strides' YouTube channel.

"It's a little weird. There's still a lot of stuff running through my mind. Like oh my God, do I have a stalker?" said Strides.

Despite this, he is continuing to live stream his walks around the city, and is thanking his followers for all of their support.

"I'm not really having PTSD or anything. But this sucks, and I can imagine how some people are just devastated when something like this happens to them," he said.

"It's really weird when it actually happens to you. You learn a whole lot about yourself."