If you've ever wanted to explore Toronto's streets without leaving your house, this man has got you covered.

Johnny Strides posts daily videos exploring the city on his YouTube channel. He told blogTO that he only began doing this in 2018 and has already accumulated over 32,000 subscribers.

"I did not expect to get as many views as I do now... probably ever. The pandemic has certainly helped boost views as many people are at home wondering what it's like on the streets in Toronto right now," he said. However, Johnny has seen viewers from all over the world tune in to watch his videos.

The inspiration came from a popular YouTube channel called ActionKid, which features walks through New York City. Johnny decided that he would give it a go in Toronto and everyone really seemed to like it.

"I think people enjoy the pedestrian experience of wandering around Toronto. We're quite fortunate to live in a city with such a vast urban landscape and such a diverse collection of neighbourhoods and communities," he said.

Currently, Johnny buys a monthly TTC metro pass so he can easily begin and end his route at a TTC stop. Occasionally he will hop on his bike and film a tour of a neighbourhood that way. 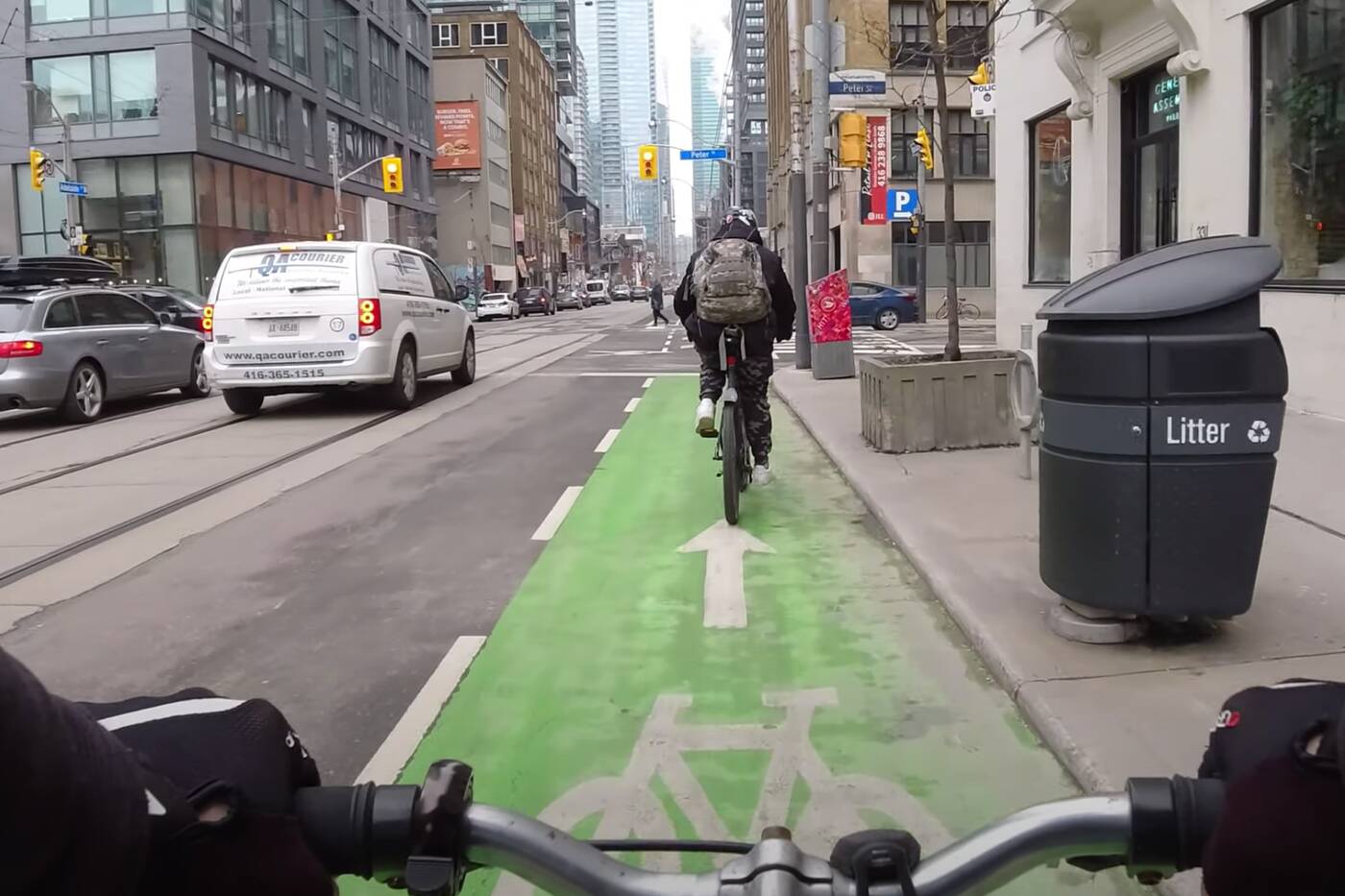 A photo from Johnny Strides' walk along Spadina Avenue in Toronto.

Luckily, he says hasn't had any bad experiences or accidents.

"I think I've been extremely fortunate to have so few incidents and that's a testament to what a safe city Toronto is overall. There have been some cases of drivers cutting it too close as I cross the street but that sort of thing will happen in every big city."

Recently, Johnny has broadened his videos by including live streams and narration to offer viewers his perspective of the city. He says that these have been greatly successful so far.

"As for where to evolve from here, I'm not really sure. I want to keep pushing the envelope and improve my equipment and technique as I go and continue to live stream. The interaction with viewers is extremely enjoyable," he said.

You can watch the weekly videos exploring new neighbourhoods in Toronto on Johnny Stride's YouTube channel.