Toronto fans of cherry blossoms certainly will do some ugly things to take pretty photos, like knocking down city-installed fences meant to protect both public health and delicate blooms.

Last week, after installing tall green fences around the largest sakura grove at Trinity Bellwoods, city crews returned to the west-end park to block off another, much smaller clump of trees near Dundas.

Whether the city was out of hardcore fencing or simply didn't think the park's northen grove would pose as many problems, they used what was later described to blogTO as "snow fencing" to surround approximately half a dozen trees.

The relative shortness of this orange fence actually gave photographers a pretty good, unobstructed shot of the trees in question, but that wasn't good enough for some jerks, it seems.

By Monday, the little orange fence had been trampled completely, to the delight of some I'm sure and to the disdain of many others.

"We can confirm that the orange snow fencing enclosing the cherry blossom trees at Trinity Bellwoods Park was knocked down by park users," said a City of Toronto spokesperson to blogTO on Wednesday.

Not only did staff install the taller silver fences, they resurrected the orange snow fencing so that now there are two fences blocking the trees. 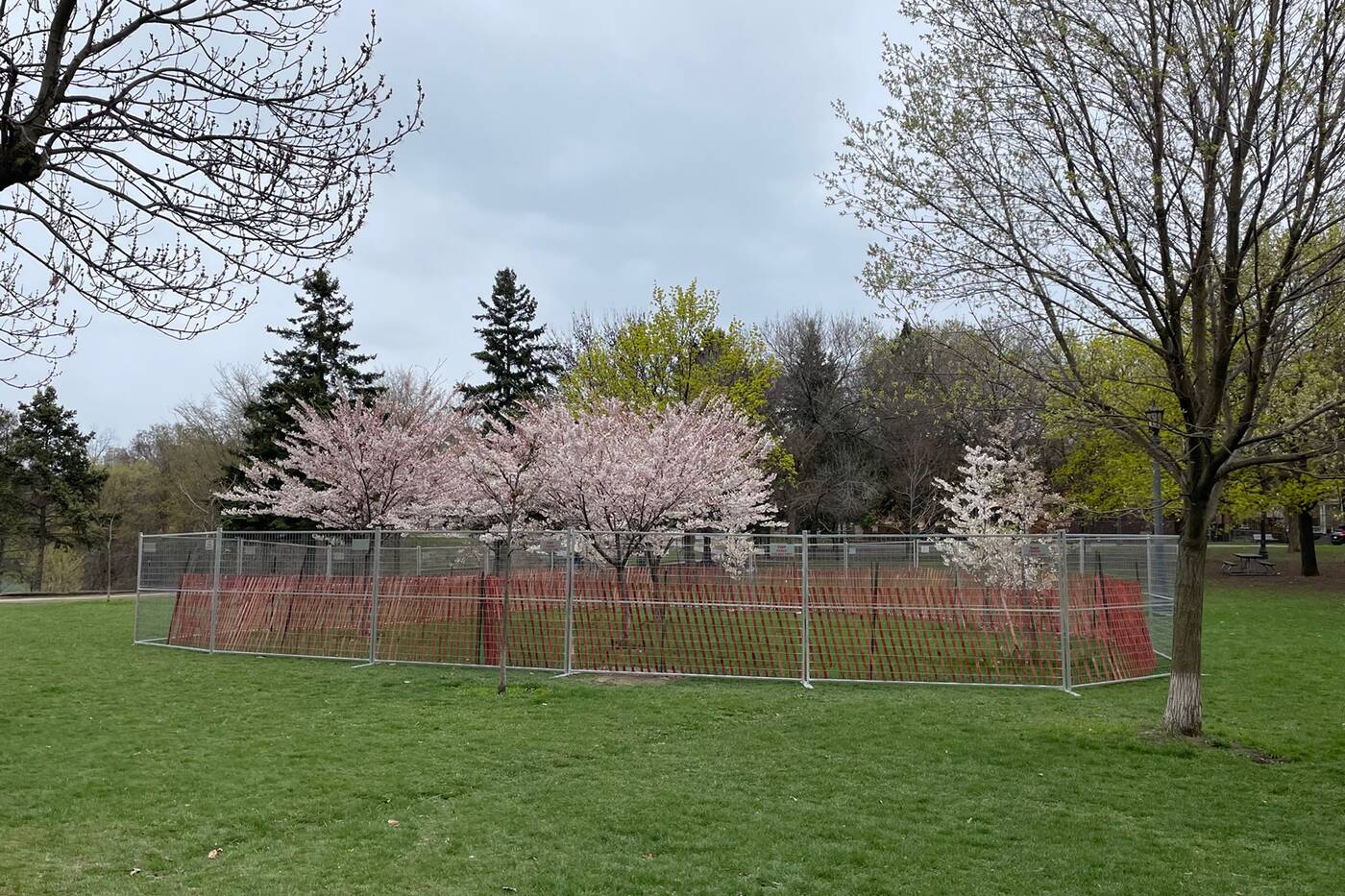 The irony here is that sakura season has only just started and the trees haven't even reached peak bloom. Today's snow might also further slow down the process, according to experts.

When peak bloom does hit (soon) people can attend virtual viewings of the blossoms at Toronto's largest cherry blossom grove in High Park via webcam.

The city has blocked the historic trees of High Park off as well to deter crowds from gathering amid the COVID-19 pandemic.