Toronto's new BloomCam — which was set up by the city to allow people to admire the blooming cherry blossoms in High Park from afar while it remains closed to visitors — captured footage of two people sneaking into the park last night and climbing the delicate sakura trees.

The webcam is currently streaming 24 hours a day, so it captures anything that happens in the cherry blossom grove no matter the time.

And one Twitter resident, who just happened to be watching in the middle of the night, posted photos of their escapades online.

What's happening in high park at 1.45 am? Who are those 2 ppl climbing trees? Doesnt look like cops @cityoftoronto @blogTO pic.twitter.com/KPvKdMG6x6

While the photos made it quite difficult to identify who, exactly, chose to break the law and climb trees in the middle of the night, one of the adventurers appears to have outed himself by way of an Instagram post.

A photo of a mischievous Toronto resident hanging from a sakura tree was posted to the Instagram account mosodede earlier today, and it was accompanied by the caption "#cheetah #someoneelsetookthis." 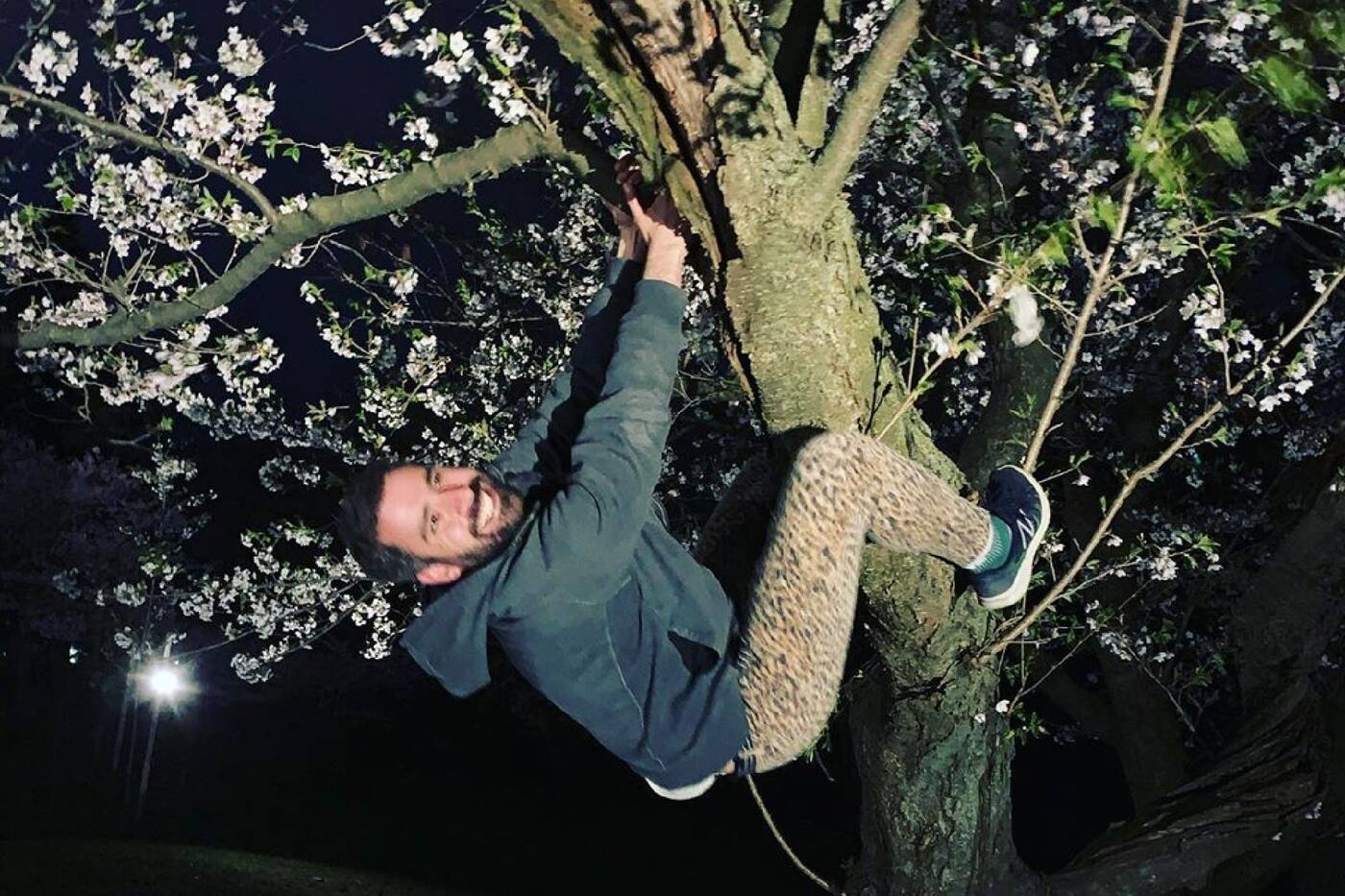 The image was quickly taken down soon and the account has since been made private, but anyone who saved the photo can get a pretty clear look at the face of one of the offenders.

Some further digging also reveals the person's name and links to other social media profiles, though blogTO has chosen to withhold this information for the sake of his safety.

The tree climber did not respond to a request for comment in time for publication, and the identity of the (at least) one other person who accompanied him last night remains unknown.