Toronto is known for being one of the most diverse cities in the world, but it wasn't always that way.

In the mid-1900s, lesbians were not welcome at most local establishments, forcing them to find their own spaces. This is how the bar of The Continental House hotel, located on Dundas and Elizabeth streets, became known as a place for queer women.

El Chenier is a professor at Simon Fraser University whose research focuses on the history of sexuality and gender. Chenier told blogTO that they came across the Continental when researching the city's butch and femme lesbian bar culture.

"This culture began after WWII when lesbians would get together socially, in bars that would tolerate them. Usually, those were very marginal spaces, in sort of impoverished, sketchy areas of town."

The Continental fit this description pretty accurately. Located in The Ward, the area was overcrowded and underfunded, and infamously known as a slum. 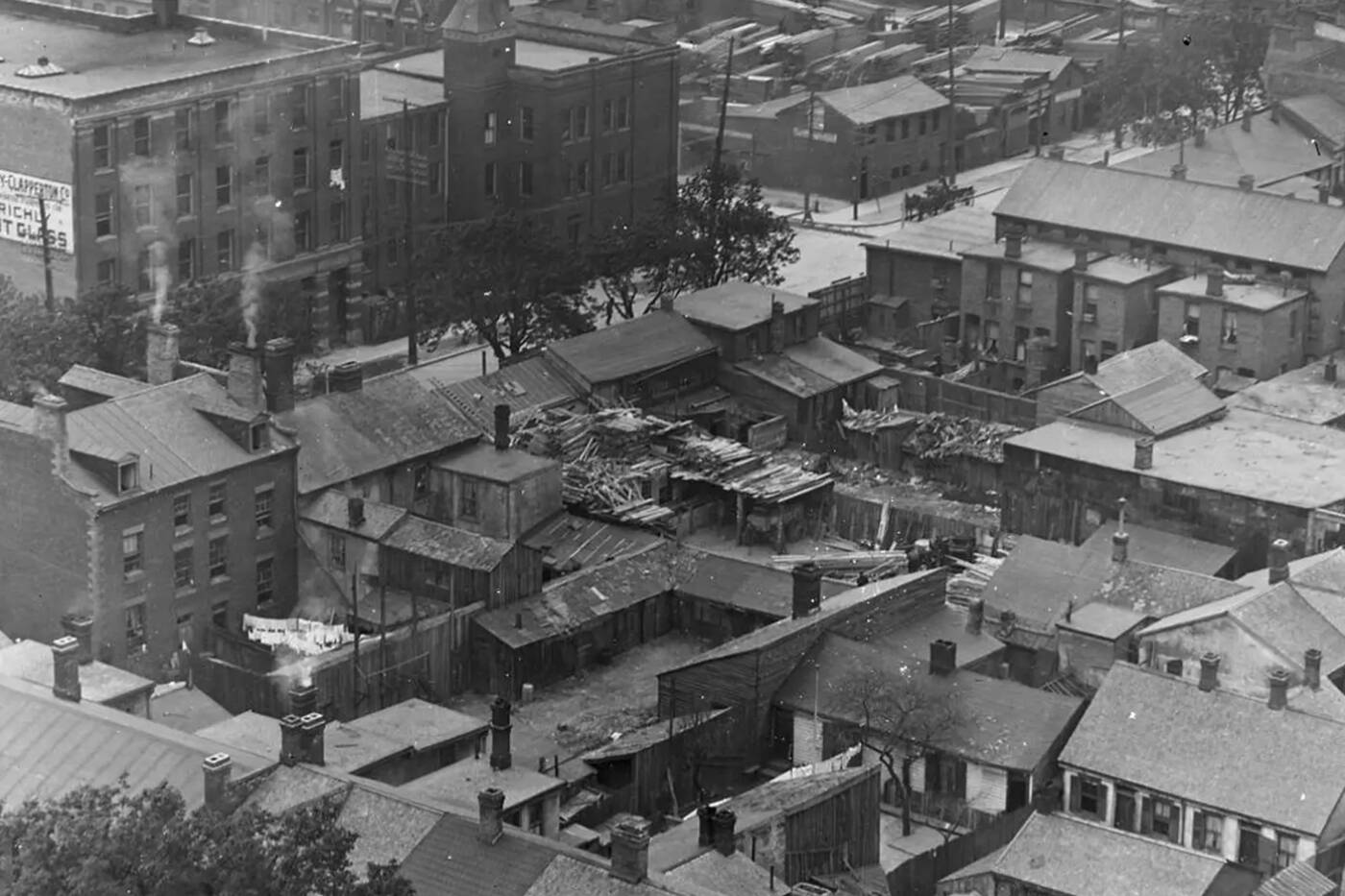 An aerial view of The Ward in 1910, a few decades before The Continental. Photo by Toronto Digital Archives.

The upstairs of the hotel building was just a handful of rooms and downstairs was for drinks and food. Like many bars, it had a separate women-only area so women didn't get any unwanted attention. This was the room often frequented by lesbians and sex workers.

"Gay bars tended to go to the kinds of public spaces where sex workers went because they were marginal spaces where the owners didn't care about the type of clientele. More respectable places would not tolerate same-sex attracted people," says Chenier.

The hotel's Eastern European owners did not play an active role in its existence. This form of property investment was not uncommon at the time. The actual man in charge was named Johnny, who Chenier said protected the customers.

During this time, Toronto was still a very conservative and protestant place. There was much hostility toward queer people, especially those who were open about their identity.

"Up until the end of the 1950s, the police did not raid the Continental, and there are no records to suggest that any effort was made to force the owner or management to ban their lesbian customers, even though liquor licensing laws contained provisions that allowed them to do so," according to Chenier's Rethinking Class in Lesbian Bar Culture: Living 'The Gay Life' in Toronto.

The media was not kind to the LGBTQ+ community either. Tabloid papers would often publish sensationalized headlines warning people in Toronto about "the rise" of gay men and women. 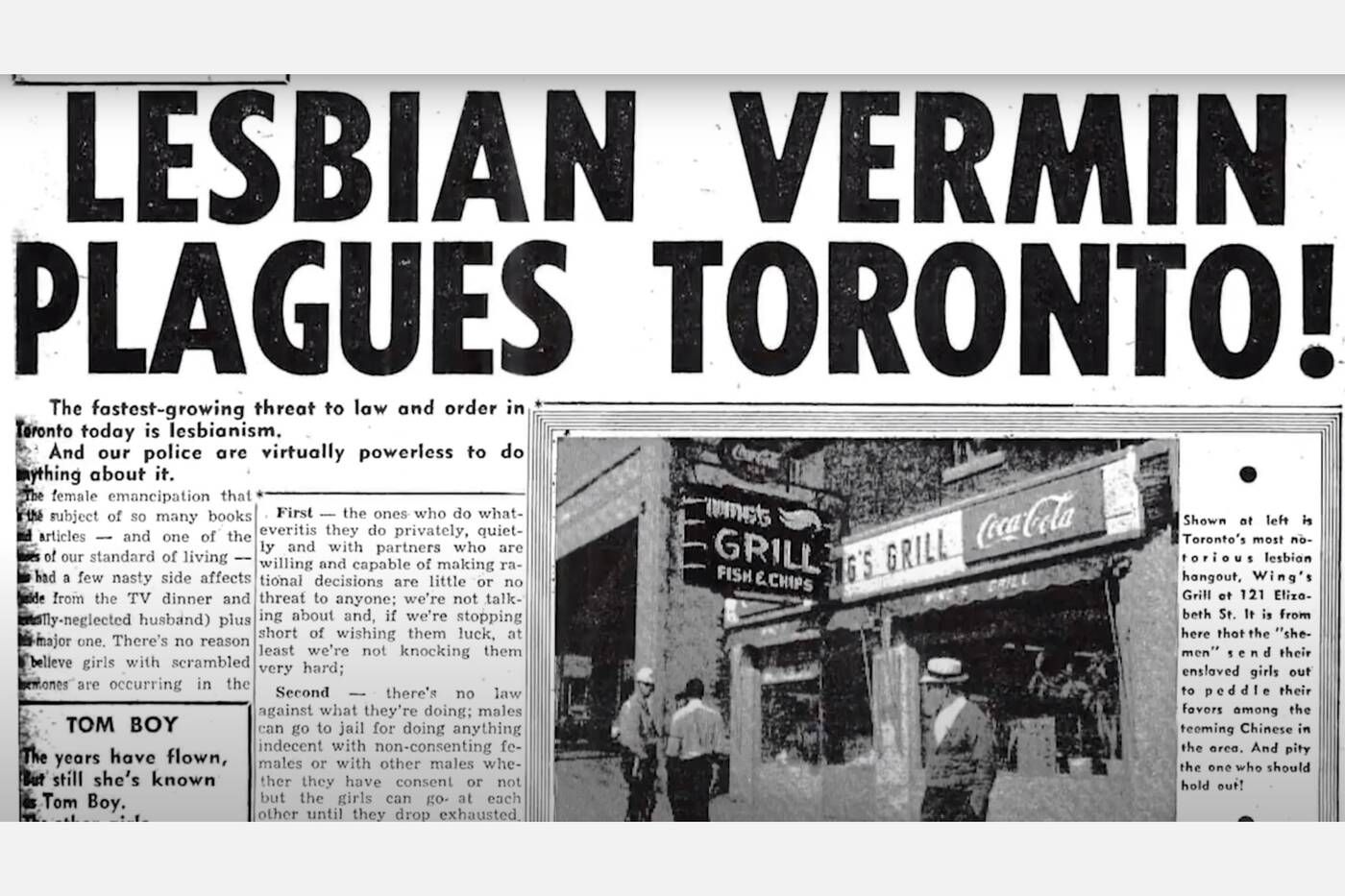 A tabloid newspaper article from the 1950s. Photo by Queer Story.

These are just a few of the reasons the Continental, along with other gay bars, were important institutions for Toronto's LGBTQ+ community.

However, this is not to say that they were very nice places. Many individuals who frequented the bar would partake in drugs and violent behaviour.

"People who went to these bars are rightfully seen as brave, carving out a much-needed space. But something we don't talk about is the incredible effect alcohol and drug addiction had on that community,"  Chenier says.

The Continental served as a safe haven for several marginalized communities, including Chinese men who faced racism and were unable to bring their families to Canada.

According to Chenier's research, many of these Chinese men lived with lesbians in arranged relationships. This setup would often have the man paying the bills and the woman having sex with them occasionally.

"In Canadian history, you read about sex workers, you read about lesbians and you read about Chinese people, and they're always separate groups. But here we had a community where they are all interrelated and had social and sexual connections," Chenier says.

The Continental is a great example of what marginalized communities had in terms of safe spaces for themselves. With many laws in place discriminating against and even outlawing such institutions, it was difficult for them to survive, much less thrive. 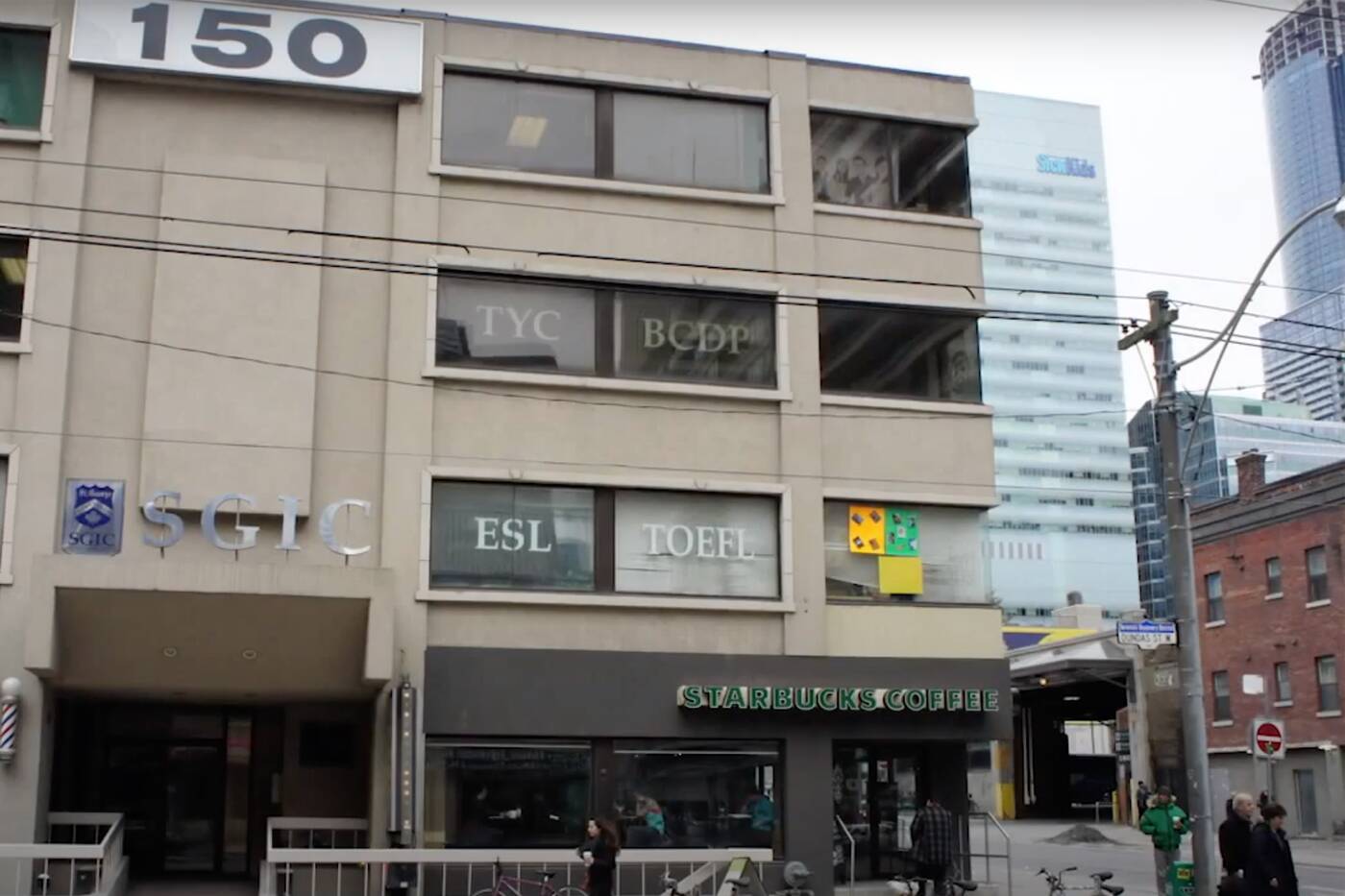 The location of the former Continental Hotel at 150 Dundas Street, where a Starbucks recently closed. Photo by Queer Story.

As years went on, the bar got more rundown and the upstairs rooms were forced to be closed completely. At the same time, according to Chenier, a few gay people had gotten the resources together to start opening their own spaces.

"There was a space at Church and Wellesley that opened up," Chenier says. "They didn't have a liquor license, but they were able to run a private club. There would be entertainment, and of course, women would bring a little bottle of alcohol in their purses."

After this, more and more people went to the Church and Wellesley bars and the scene at the Continental got quieter.

"All of these different factors led to the decline of the Continental. I would say it died a natural death," said Chenier.

It was only later, in the 1970s, that true women's bars began opening up. However, the small bar at the back of a hotel at Dundas and Elizabeth was never forgotten, getting star treatment in the acclaimed 1992 documentary, Forbidden Love.

While it wasn't exactly a nice place, the Continental was a space for those who had none.