A brief history of The Ward, Toronto's notorious slum

If you were poor and a new arrival to Toronto in the early 18 and 1900s there was a good chance you'd end up living somewhere in The Ward, a notorious, dense slum bounded by Queen, College, Yonge and University.

For decades, the area officially known as St. John's Ward was home to some of the city's poorest people and large parts of its Irish, Chinese, eastern European and African population. It was at various times Toronto's Chinatown, Little Italy, and the nexus of Jewish life, but conditions were universally bleak for all.

Now known as the Discovery District for its pioneering doctors, The Ward has completely vanished, consumed by office towers, hotels and the area surrounding City Hall and Nathan Phillips Square. What was once one of Toronto's poorest neighborhoods, rife with disease, is now a centre of bureaucracy and healthcare. 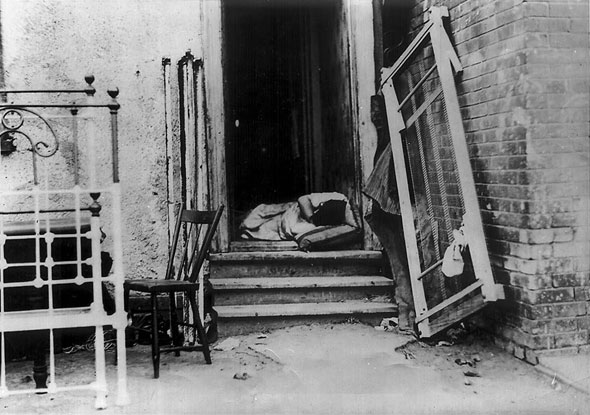 Originally known as Macaulaytown after Dr. James Macaulay, the first owner of the land, the area that would later be re-named The Ward was already designated a slum in 1850. It didn't get much better from there.

Thornton and Lucie Blackburn - two escaped Kentucky slaves brought to Toronto via the Underground Railroad - were early land owners who helped house others fleeing forced labour in the southern states of America. As a result, many of the first faces of The Ward were black.

The area was often the first port of call for penniless men, women and children fleeing desperate situations elsewhere in the world thanks to its relatively location close to Union Station and the port. Many Irish forced out by the potato famine settled into the ramshackle homes gathered around Elizabeth and Terauley (Bay) streets in the mid to late 1800s.

The crowded parcels of land containing homes, shelters and other dwellings were often subdivided by landlords to extract the most money from tenants. As a result, overcrowding became worse as people banded together to cover the cost of the property. In many cases, six or more people would share a room a single, filthy room.

The Ward must have been hell during winter. 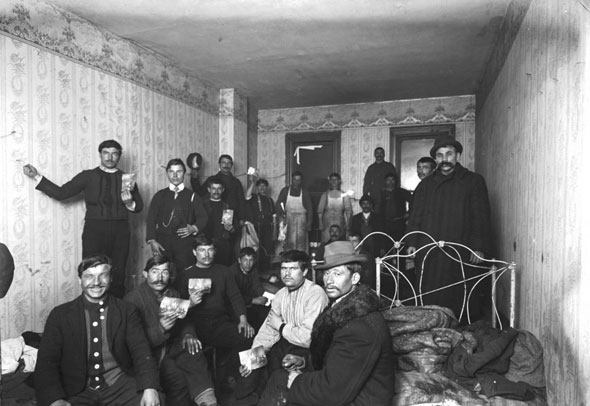 Displaced Jews from Eastern Europe were the next distinct group to arrive in the area, adding to the mix of people. Despite living in destitution (or perhaps because of it), many poor Jews were targets of anti-Semitism.

Around the turn of the century, parts of The Ward were exapropriated to make way for important city buildings. First Old (then New) City Hall arrived in 1899, then, in 1909, Toronto General Hospital was built on Elizabeth Street on the site of several former homes. As a result of the reduction in space and increase in overcrowding, the Jewish community began to move west into Kensington. 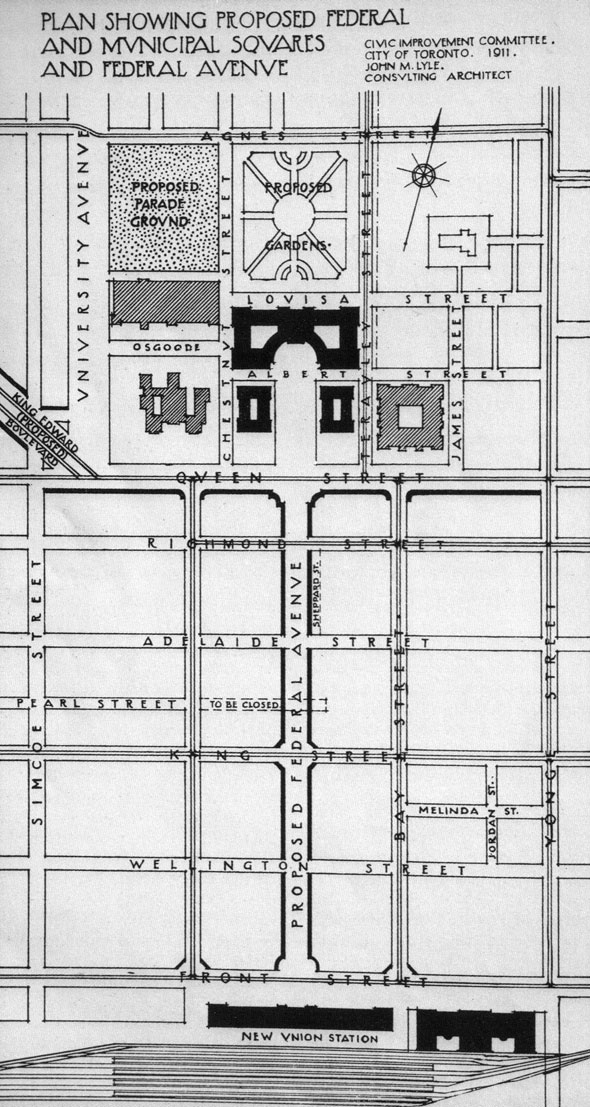 As long as there was poverty and destitution in The Ward, the city was working to "clean up" the area, usually by finding ways of demolishing it. Had the finances been in place, the aborted Federal Avenue (later Cambrai) and St. Julien Place projects would have cleared the area of its housing and built several new civic structures and public squares

Several grand proposals offered Toronto's citizens broad, tree-lined streets bounded by the grand structures of the registry office, Osgoode Hall and City Hall. If it wasn't for the depression, it's likely The Ward would have been killed earlier. The street grid around today's Queen and Bay would be very different too. It wouldn't have been a tough decision for Toronto's citizens, money aside, to opt for something that looked like the Champs-ĂlysĂŠes on paper. 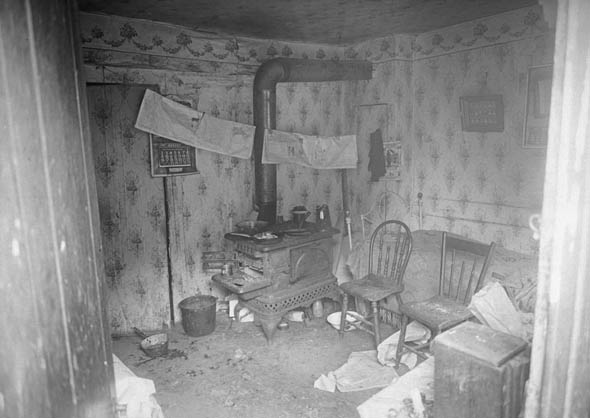 Continuing the cycle of arrival and departure, Italian immigrants began to settle and make their presence felt in the area. The Ward was Toronto's first Little Italy before it followed the Jewish community west to College Street

Finally, the last homes recognizable as part of St. John's Ward in the 1950s were largely occupied by Chinese people. By the time new City Hall was started in 1961, the area north of Queen was considered the city's Chinatown.

With City Hall came Nathan Phillips Square, the Eaton Centre, Sheraton Hotel, and numerous other buildings that solved The Ward's problems once and for all - by finally eradicating it as the city had wanted decades earlier. Today, the respectable Discovery District - home to politics, science and medicine - sits on an area once known for its poverty and disease. 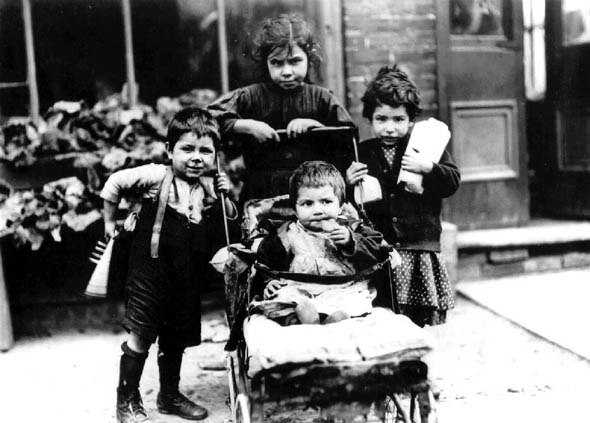 Slum children pose for a camera in The Ward. 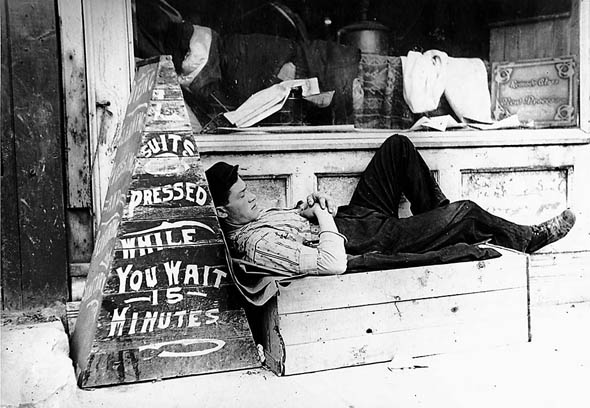 A man sleeps beside his shoeshine stand. 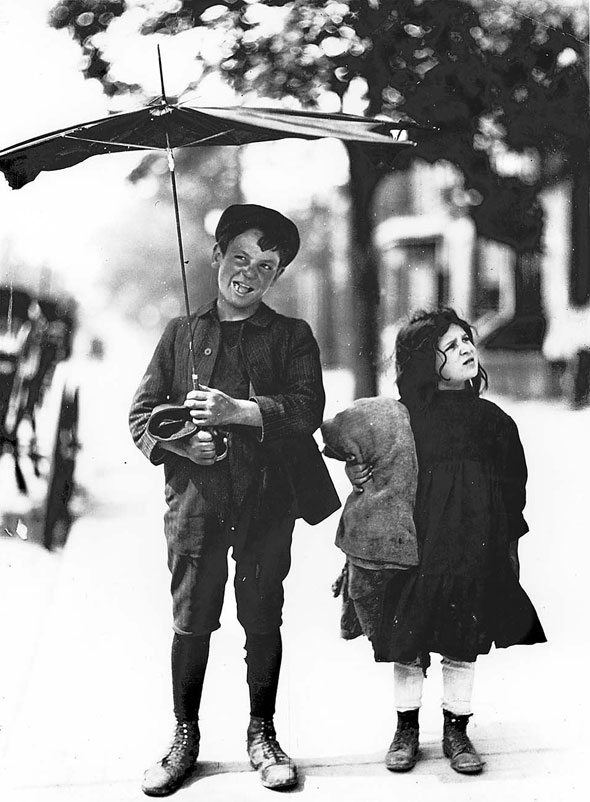 Looking like something out of a Hollywood movie, two children walk the streets in St. John's Ward. 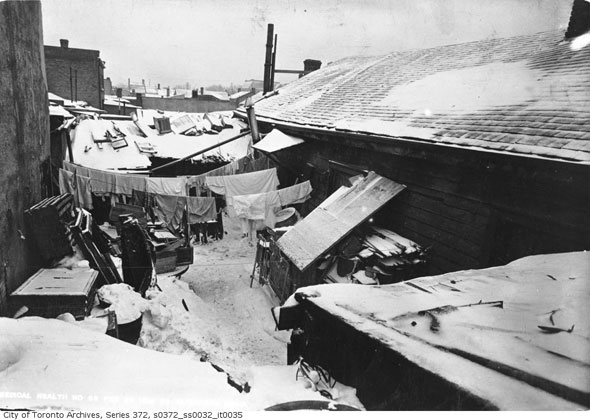 The Ward after a snowfall. 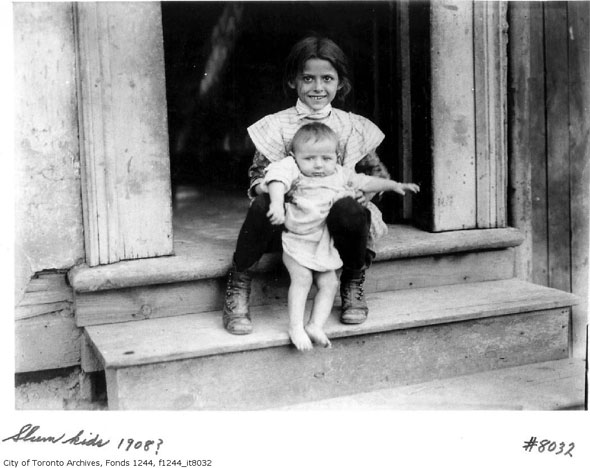 Two children - possibly brother and sister - pose for the camera on the steps of their home. 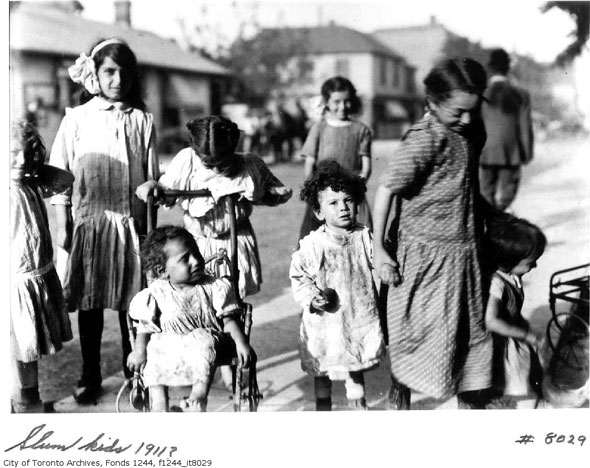 A group of Ward children playing in the street. 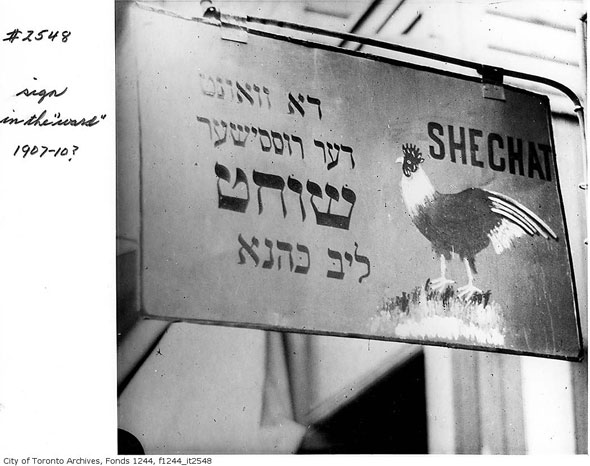 A Yiddish butcher sign identifying the owner as a Russian Jew.

Photos from the City of Toronto Archives.