The High Park cherry blossoms are officially in full bloom for the 2021 season despite a worrying snowfall earlier this week, but eager visitors will have to get creative this year to snag the best view. 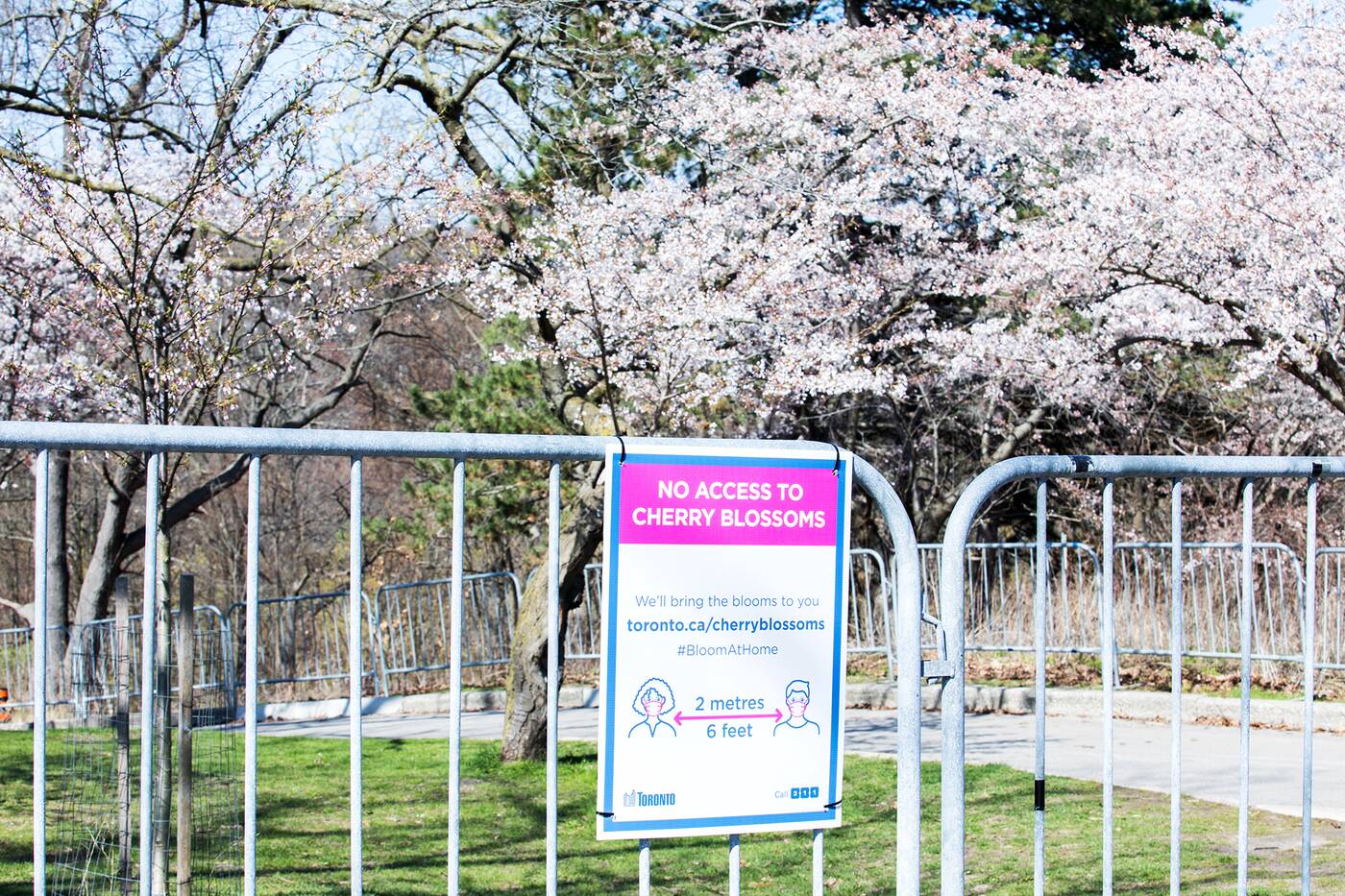 New fencing has been installed around the cherry trees in High Park. Photo by Fareen Karim.

New fencing has been installed around three of High Park's largest clusters of cherry trees, including Cherry Hill.

City staff erected them recently as a way to dissuade people from congregating around the beautiful sakura grove. 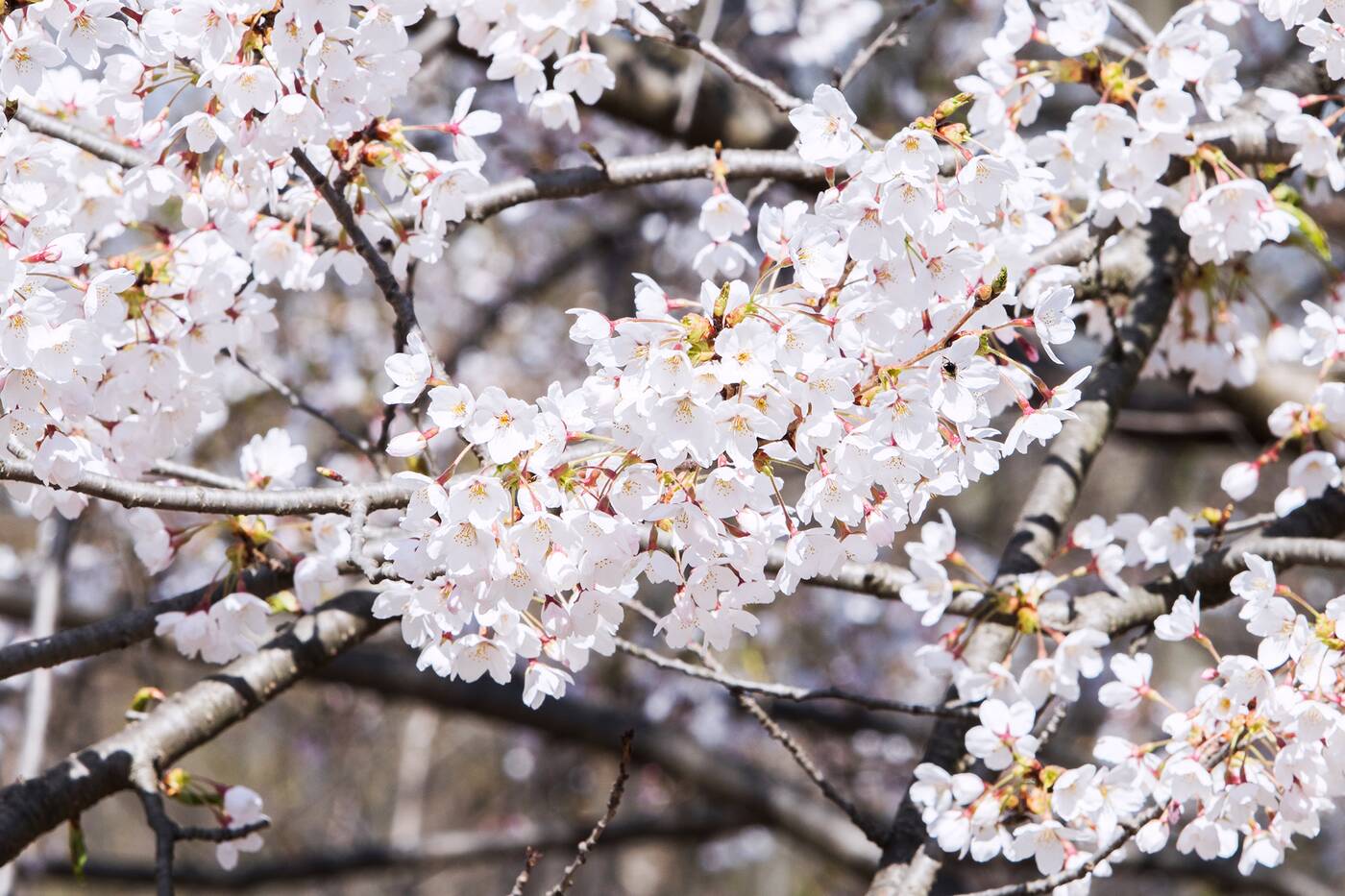 The blooms managed to survive a sudden snowfall and serious temperature drop earlier this week. 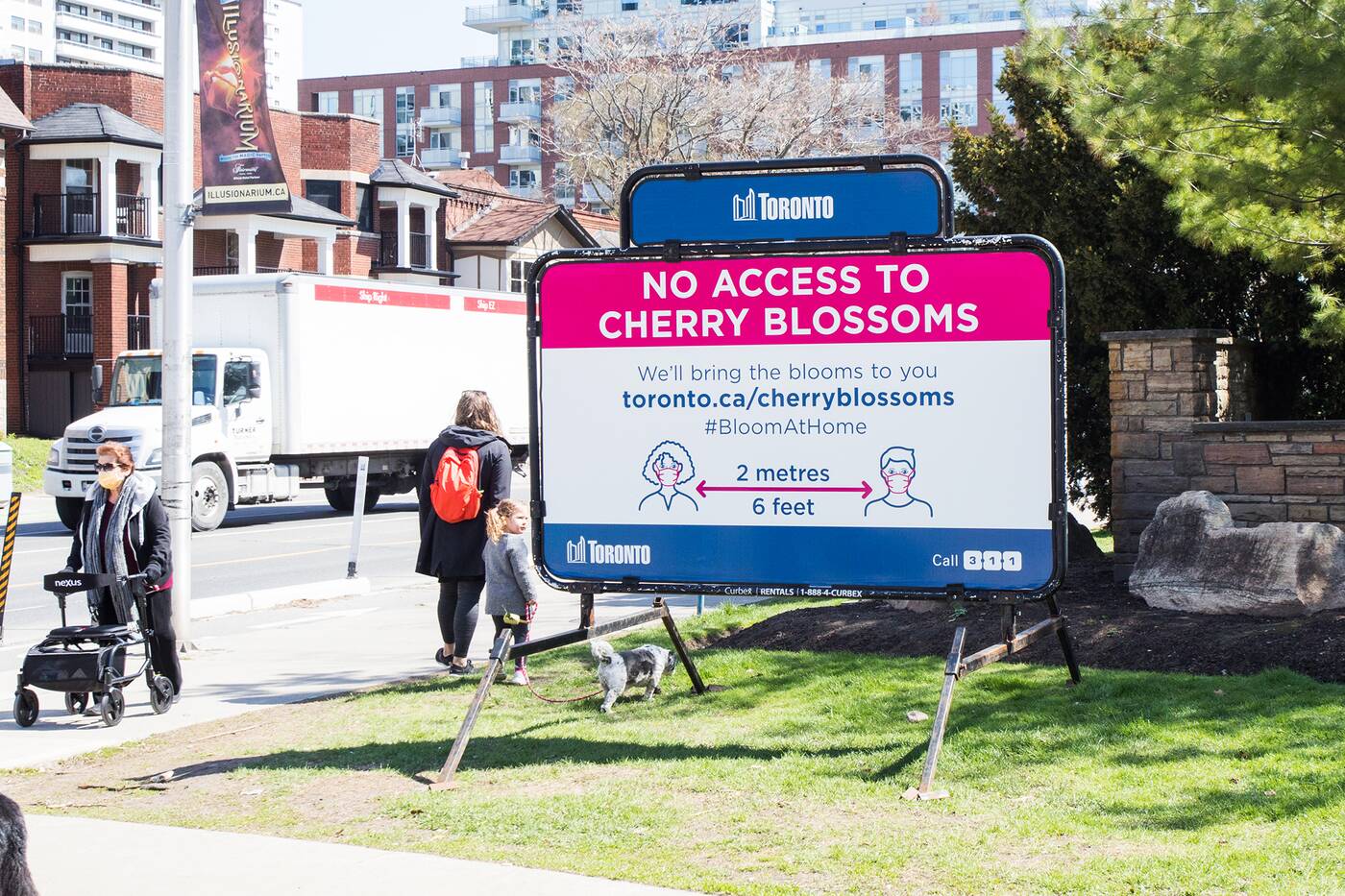 The city has erected a giant sign outside High Park to inform guests there's no access to cherry blossoms. Photo by Fareen Karim.

The majority of trees, which were donated to the city in 1959 by Tokyo as "symbols of friendship," now have at least 75 per cent of their blooms open, according to Sakura Watch.

Canopies of snowy pink blossoms are now on display. 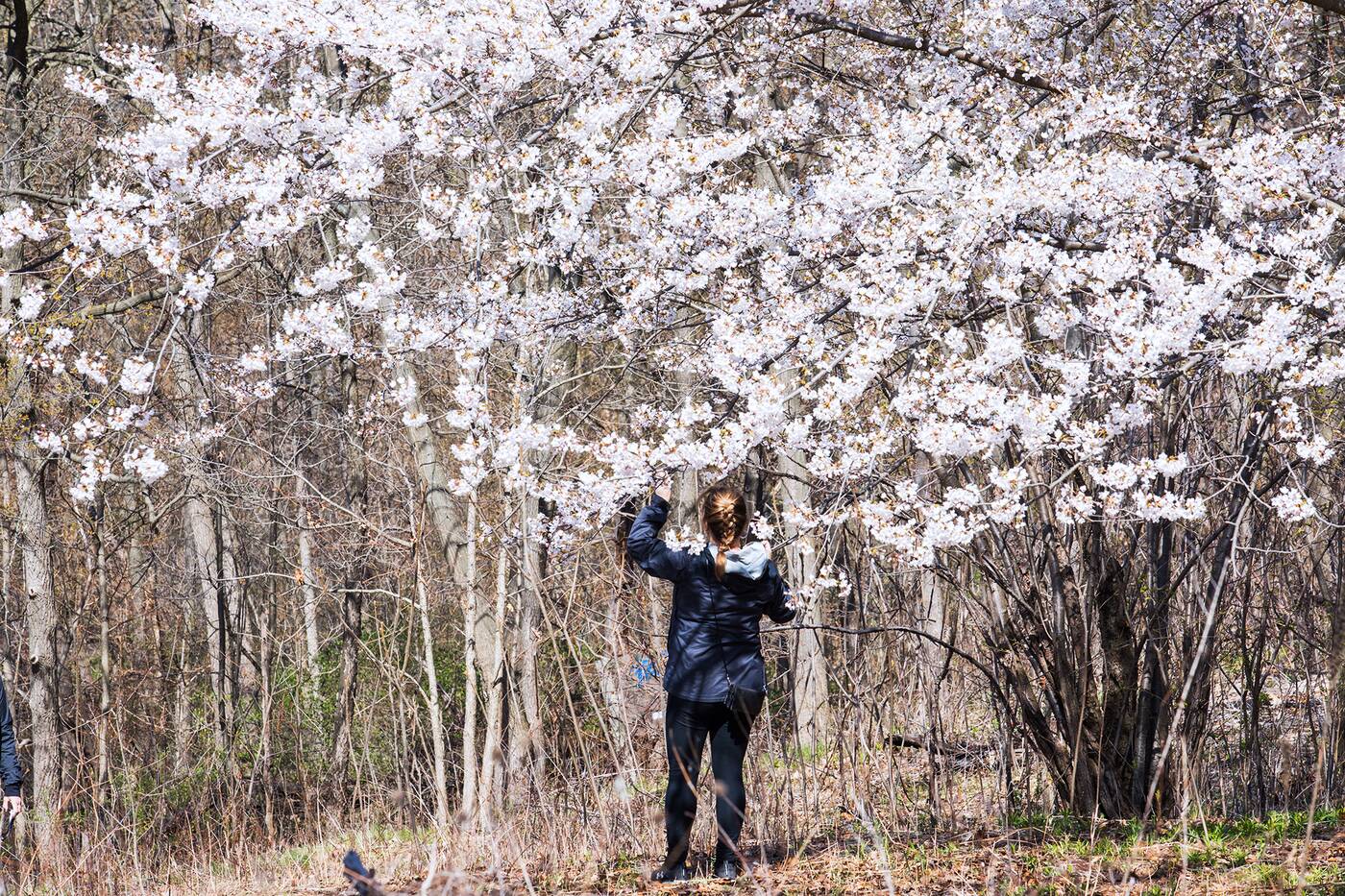 A sakura tree has been left out of the fenced off area, allowing for some close contact. Photo by Fareen Karim.

One sakura tree has been left out of the fenced off fold, allowing for some up-close-and-personal shots.

Another grove by the Jamie Bell Adventure Playground, which was donated in 1984 by Yoriki and Midori Iwasaki, is also fenced off. 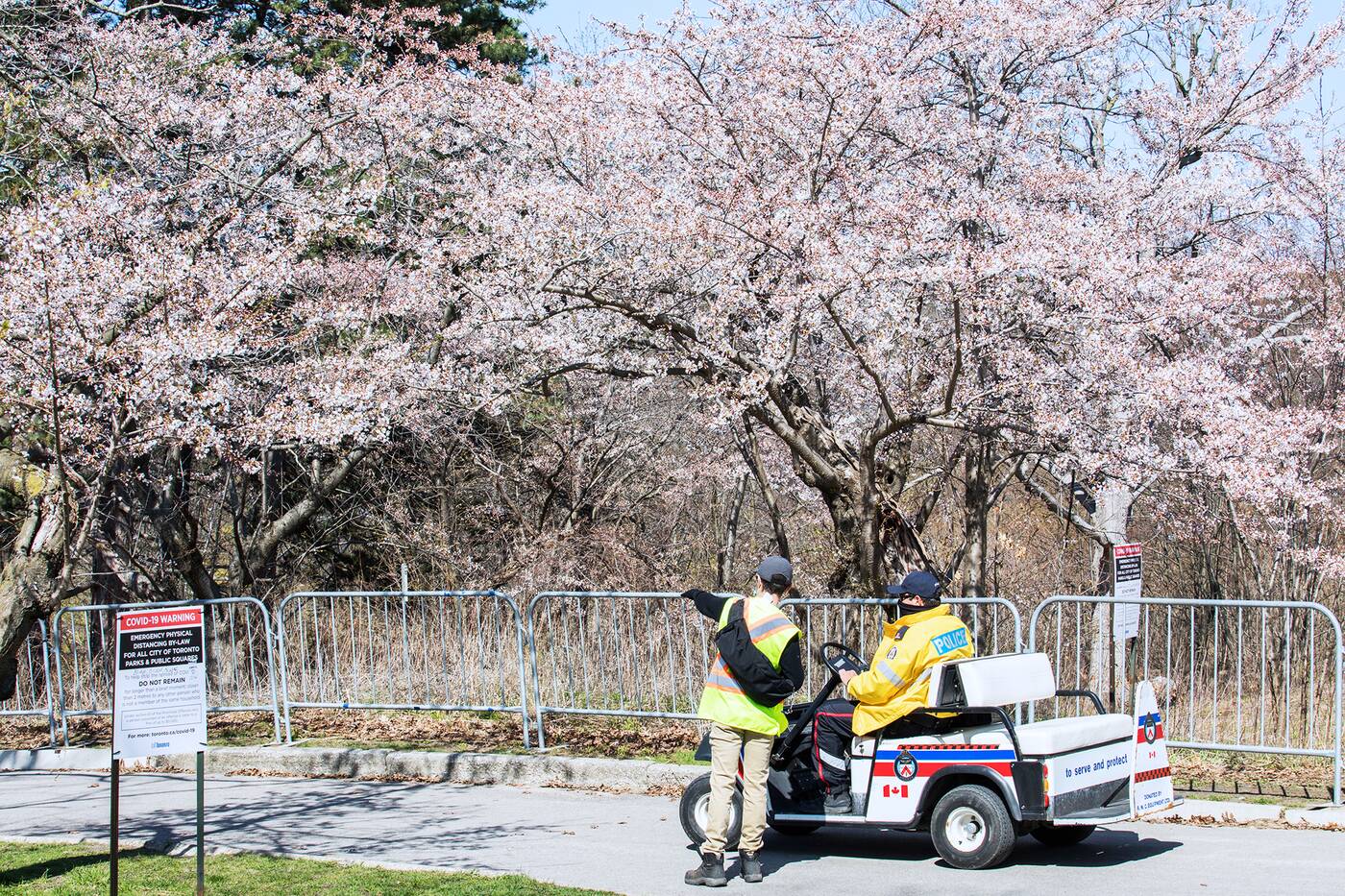 Despite the fact that access to cherry blossoms aren't allowed, High Park is still open to pedestrians. Photo by Fareen Karim.

Social distancing between visitors is, obviously, still in effect. There are city staff patrolling to make sure people adhere to the rules. 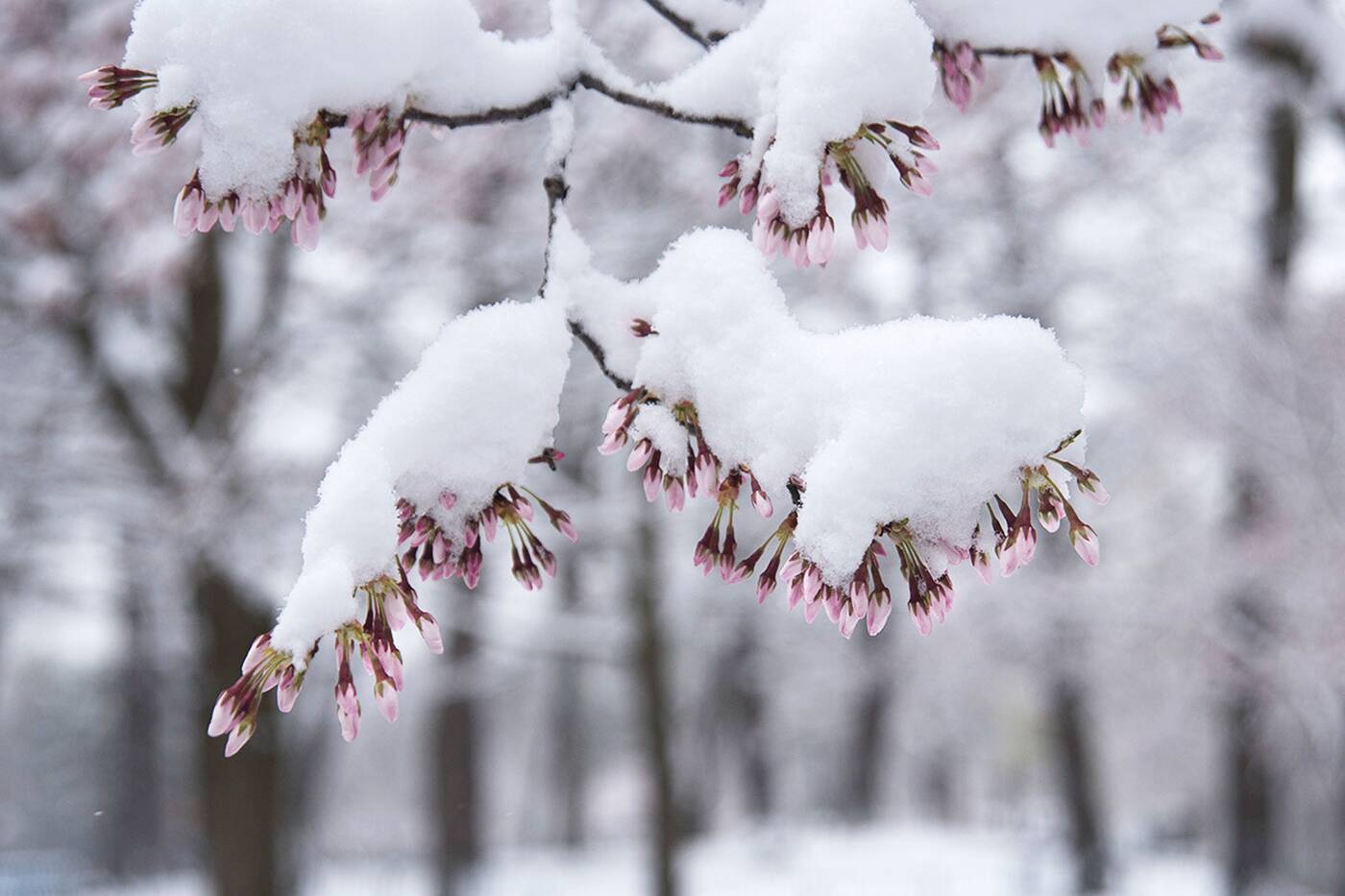 Cherry blossoms around the city managed to survive a sudden snowfall earlier this week and their blooms are now in full swing. Photo by Karen Longwell.

A relatively warm Saturday this weekend will likely see groups of people heading to High Park anyway, regardless of the barriers, though Sunday has rain in the forecast. 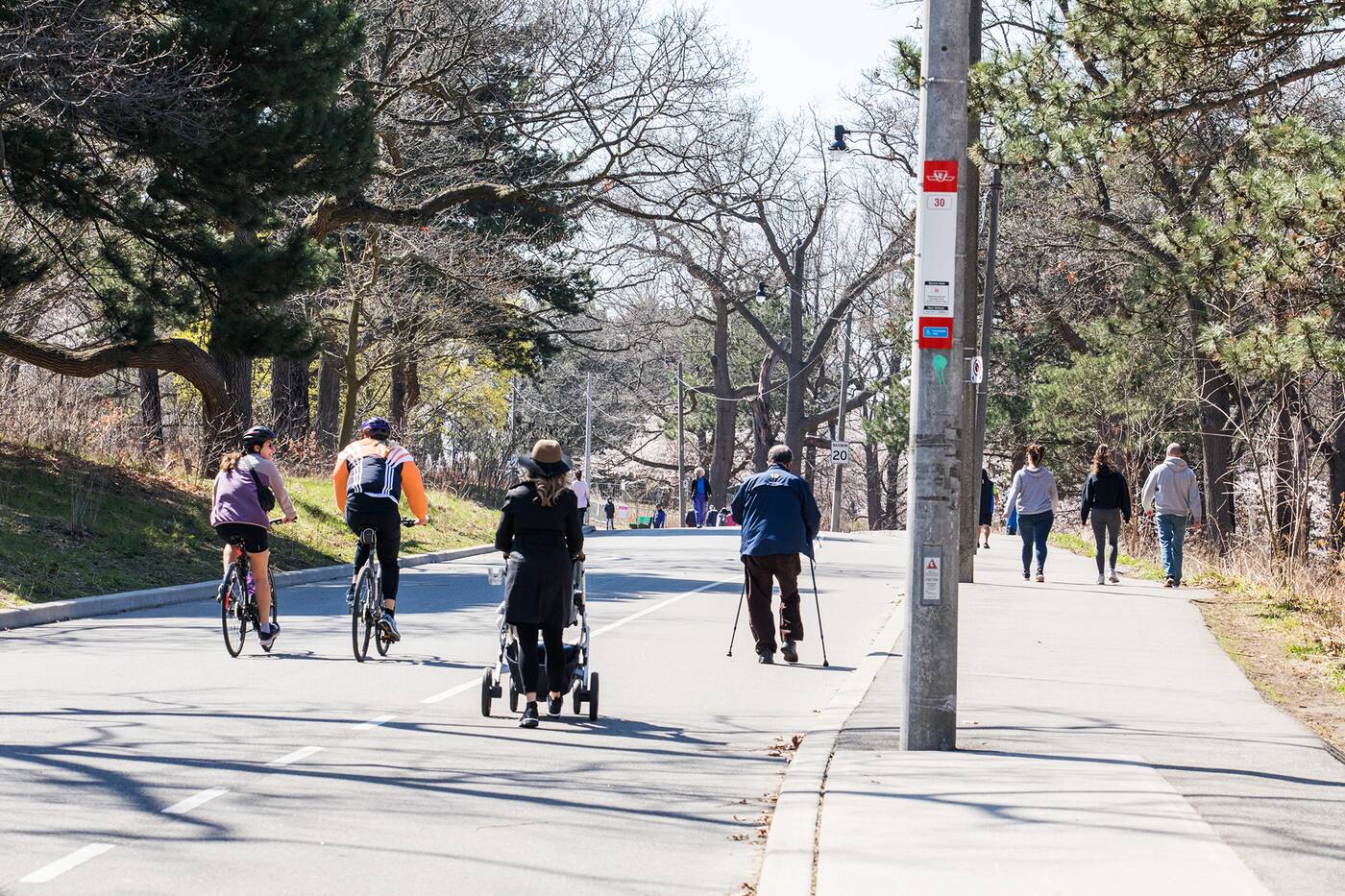 High Park has been a popular getaway during lockdown. Photo by Fareen Karim.

To avoid any crowds, it's highly recommeded blossom enthusiasts skip the High Park visit and check out the City of Toronto's 24/7, 4K BloomCam livestream instead, which sits at the top of Cherry Hill.

There are also other options: the sakura trees by Robarts Library on U of T campus are also in full bloom and offer a small pathway that's fully open to the public.