Toronto's 1973 TTC subway map shows the stations we never got

When the TTC subway was first unveiled in Toronto in 1954 as Line 1, it had 12 stations between Union and Eglinton.

More than half a century layer, our beloved subway system has four lines, 63 more stations, with more on the way—but it would have looked a lot different if things had gone according to plan.

The 1970s saw a number of major extensions to the TTC as part of the North Yonge Extension project. In 1973, we got York Mills station, followed by another expansion in 1974, this time all the way to Finch. 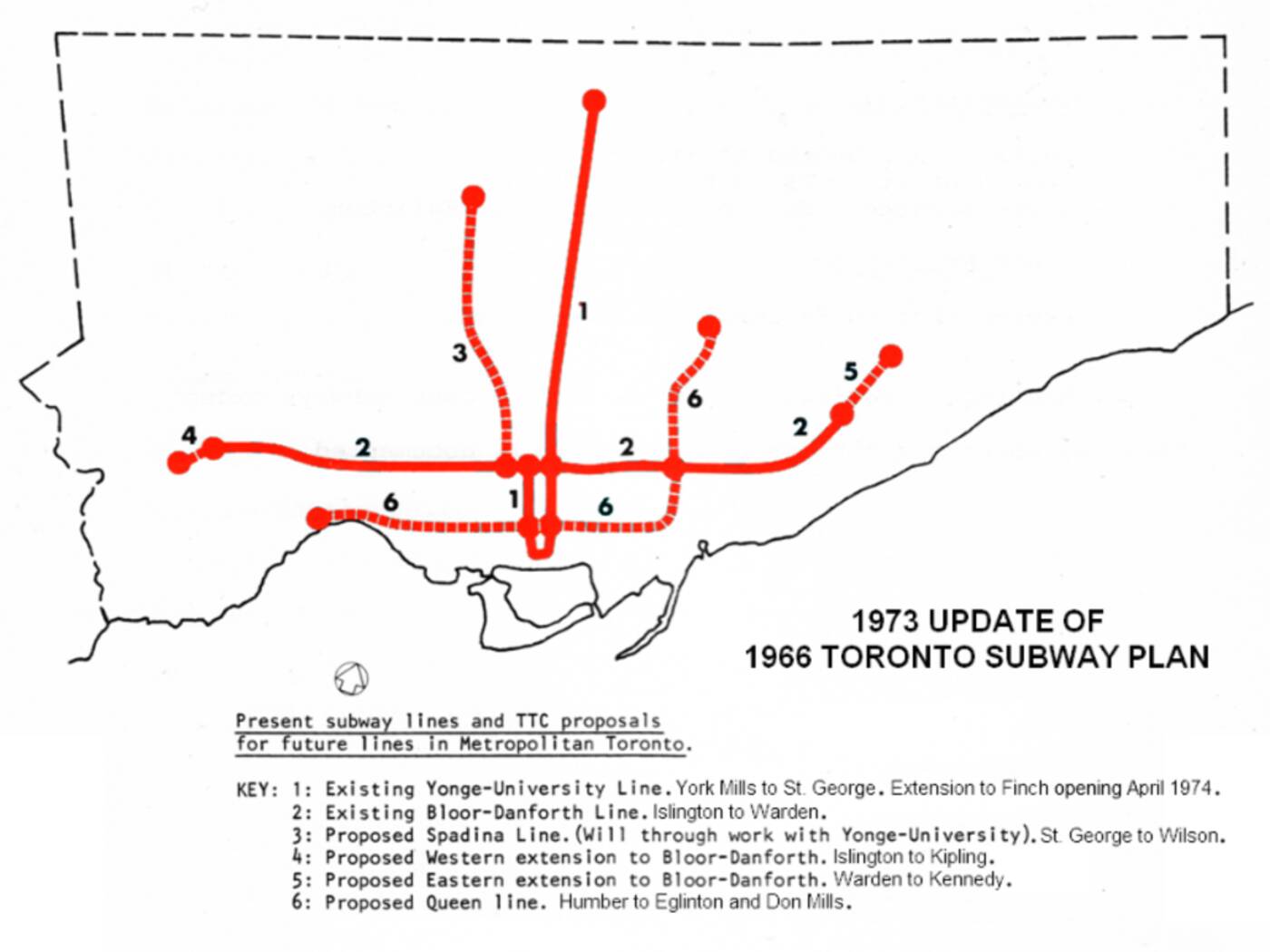 In 1973, the TTC released a new plan for its subway that proposed two new lines, including the Queen line, which we never got. Photo via City of Toronto.

Meant to follow the Spadina Expressway, the city got the Spadina segment of its Yonge-University-Spadina (YUS) line, going from St. George (then the northernmost terminus of the University line) up to Wilson, in 1978.

Thanks to the Spadina Expressway debacle, construction on the highway was cancelled south of Eglinton Avenue. Still, the Spadina line kept its name, despite running along Spadina Road for less than 2 km.

But while everything else went according to the 1973 plan, there's a whole other line that we never got: the Queen Street Subway Line.

Reddit user u/notGeneralReposti made a more readable rendition of a map plan, released by the TTC in 1973.

An update of the 1966 subway plan, the map (at the top of the story) shows two new proposed lines in addition to the existing Yonge-University and Bloor-Danforth lines. One of them was the Queen Line, which would have stretched from Humber up to Eglinton, then across to Don Mills. 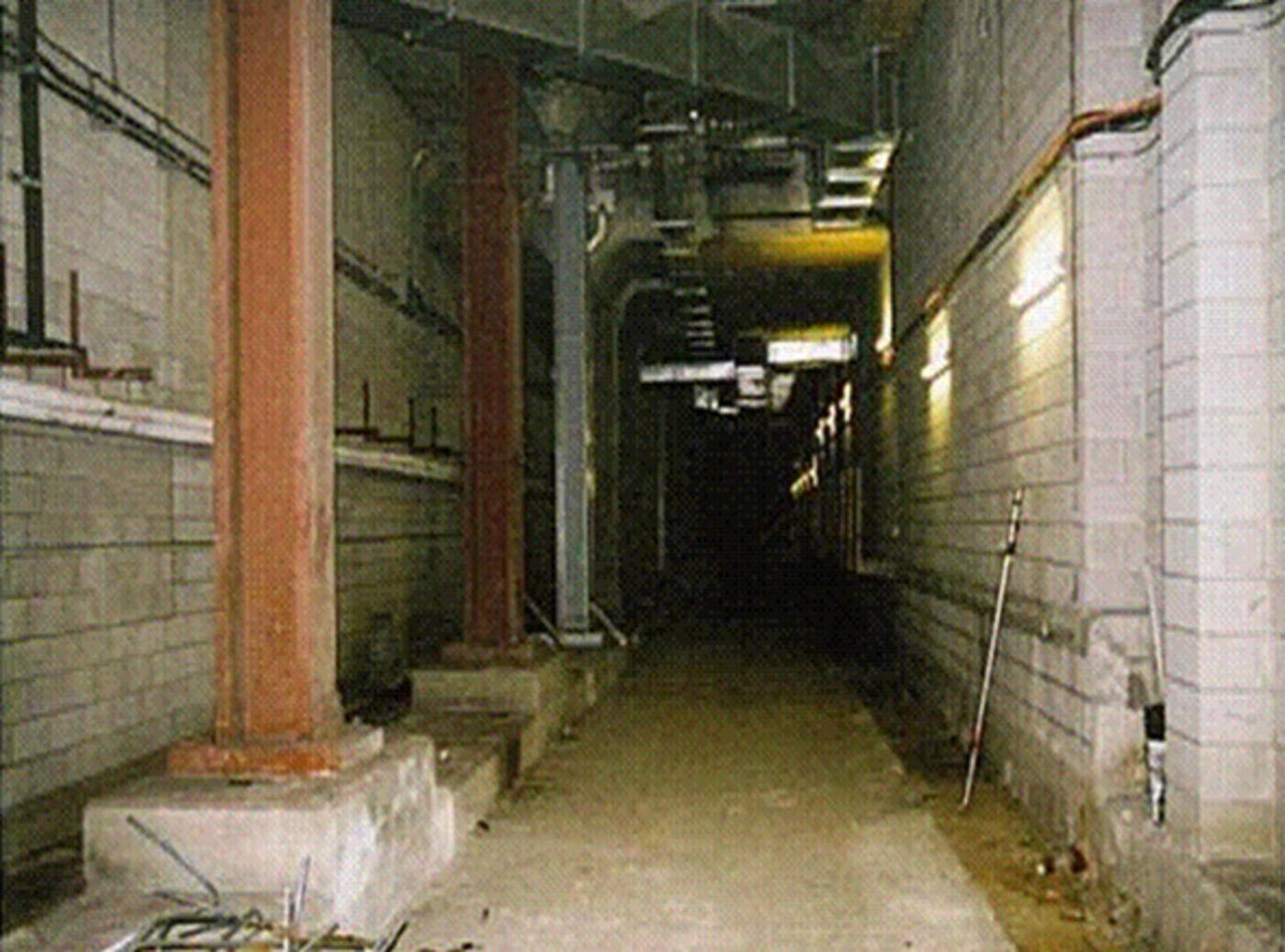 The only part of the Queen line to materialize is the abandoned streetcar subway station we know as Lower Queen. Photo via City of Toronto.

That line had actually been on the books since 1942, when the TTC first proposed two streetcar subways, one of which would run along Queen Street.

The Queen Line was approved by the TTC in 1973, but walked back by Ontario, who demanded to see a study showing that the line would meet Toronto's needs. Two years and one study later, it was determined that people didn't need a subway on Queen after all.

By 1980, the Queen Line had disappeared from TTC plans.

But a remnant of it still remains. Below Queen station sits a partially constructed part of the line: Lower Queen.