It seems that everyone in Toronto has been going on daily walks since the pandemic started, including one adventure-seeking cat.

Gibson, an almost-two-year-old Tabby, sports his harness and leash as proudly as any puppy would, and people on Instagram are loving it. 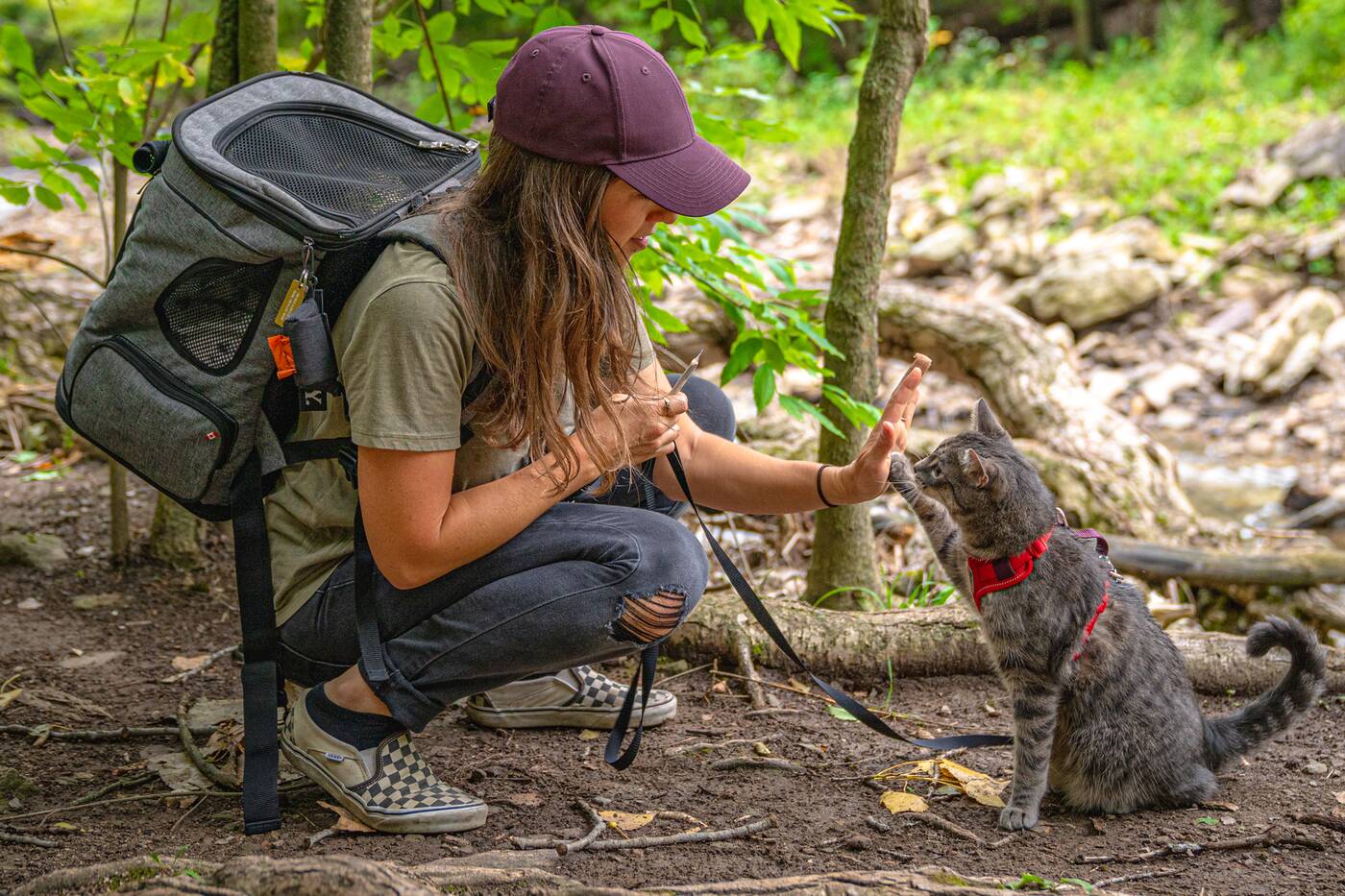 He is what is known as a "puppycat," domestic cats that take on many characteristics of young dogs.

"He was never a cat to be contained," his owner, Sarah Olewski Klassen told blogTO. She and her husband Peter got Gibson when he was just two months old, and say it was clear that he was an adventure cat from a young age. 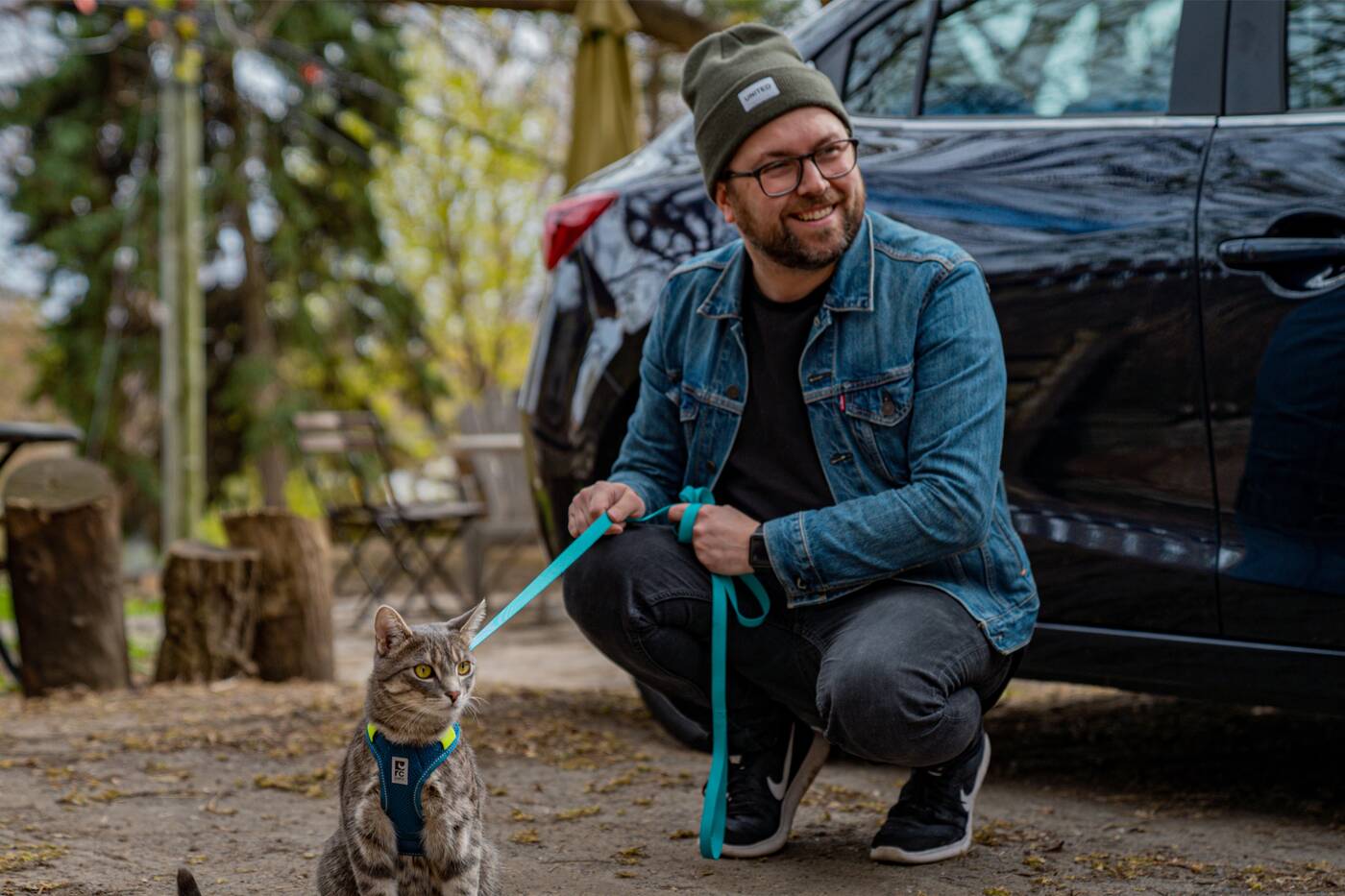 Gibson wears a harness and leash when in public.

Now, he walks Toronto streets like a true city dweller. Of course, it took a little bit of training to get him comfortable alongside cars and dogs. The couple began exposing Gibson to traffic noise and the outdoor world for ten minutes at a time and slowly increased these outings. 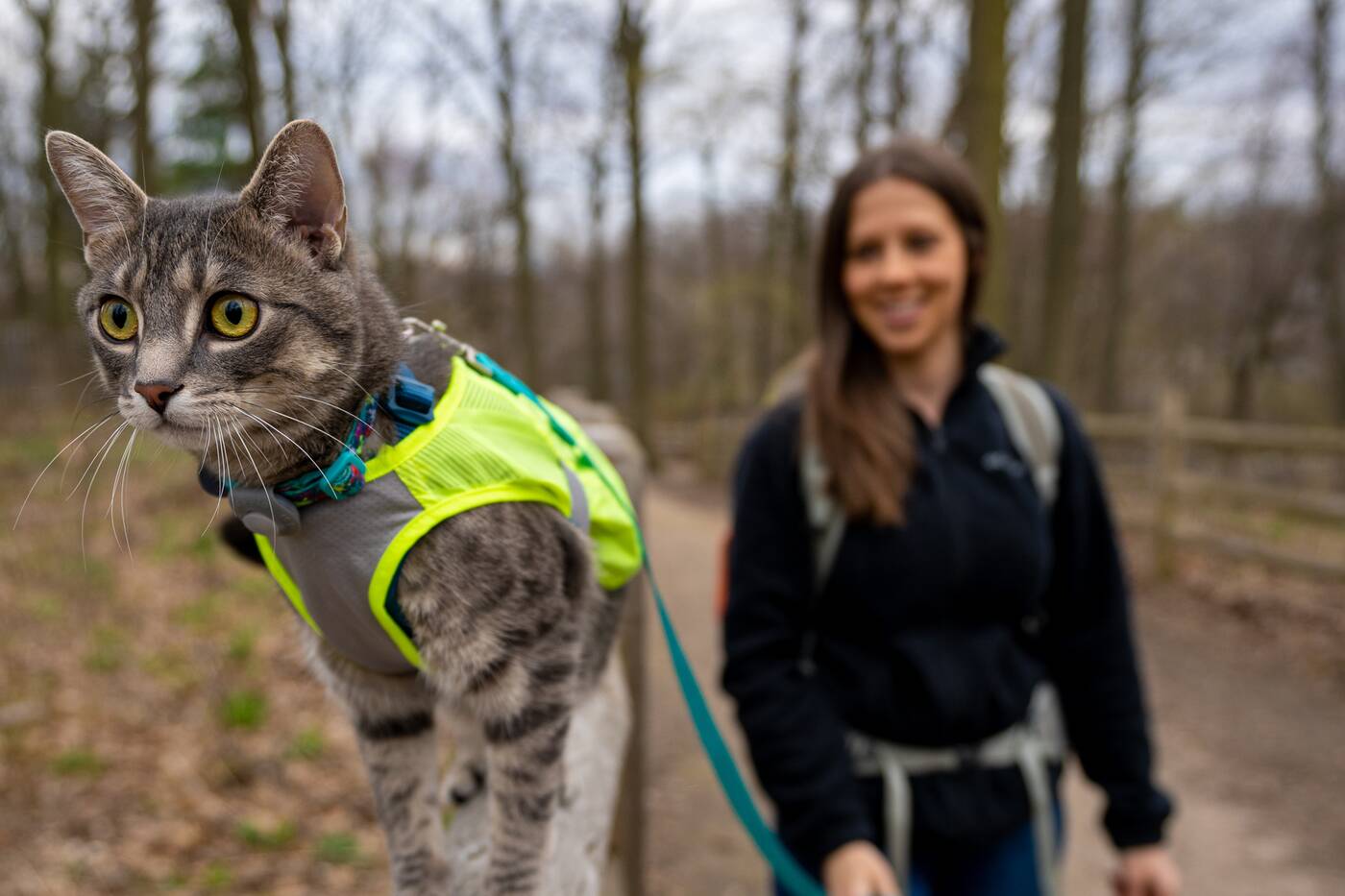 "He led the way when it came to his comfort level. You can't make every cat into an adventure cat, but it is something that can be trainable in some capacity," said Sarah.

Fortunately for the Klassens, Gibson was a fast learner and took to the adventure life quickly. While he still enjoys many simple cat pleasures, he's like a puppy in more ways than one. 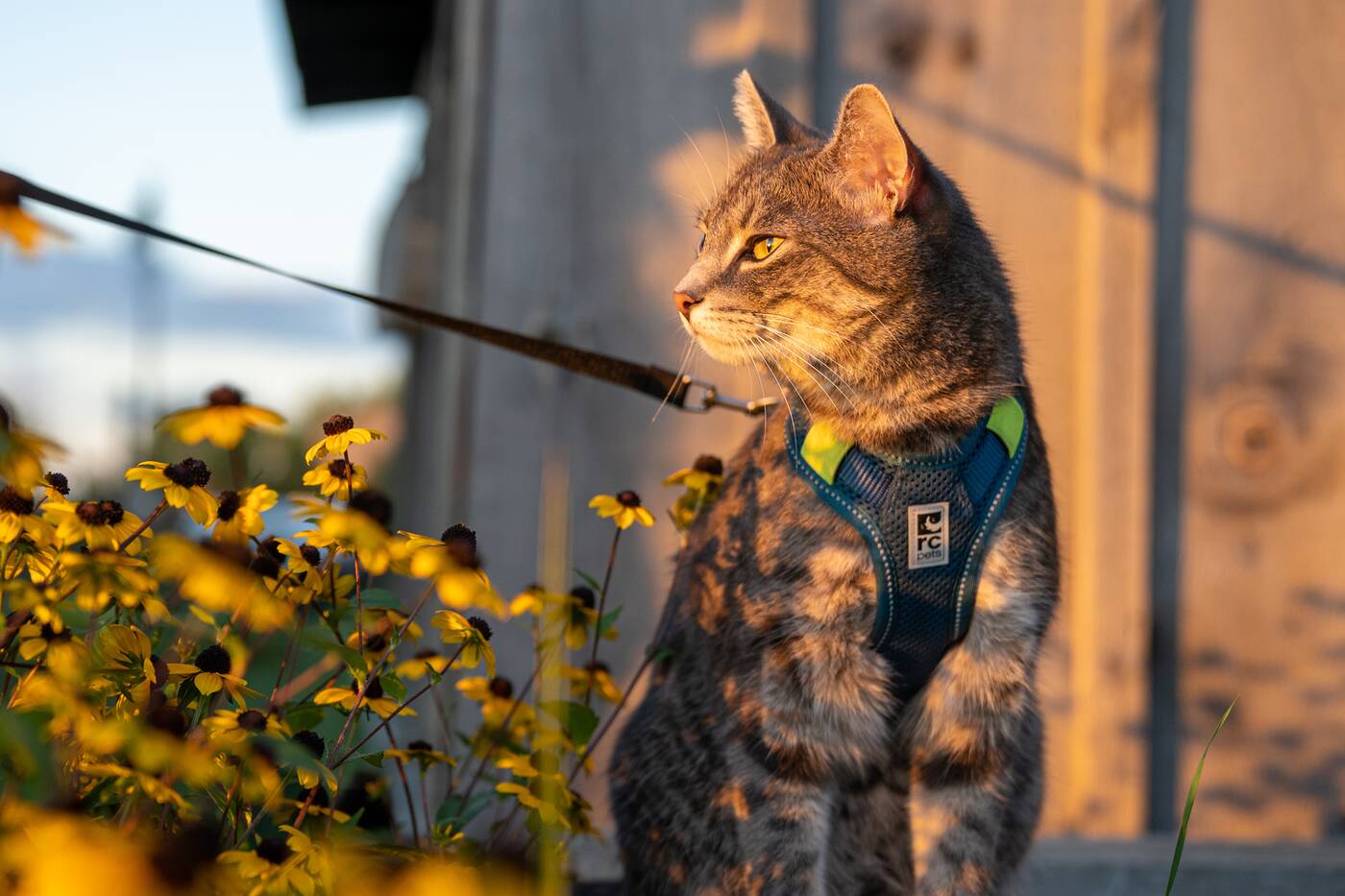 "He's this cat that walks on the leash, shamelessly does his business outside, plays fetch and goes for car rides with his head out the window," said Sarah.

While he walks alongside dogs outside, Gibson knows to go onto his owners' backpack if he feels unsafe. 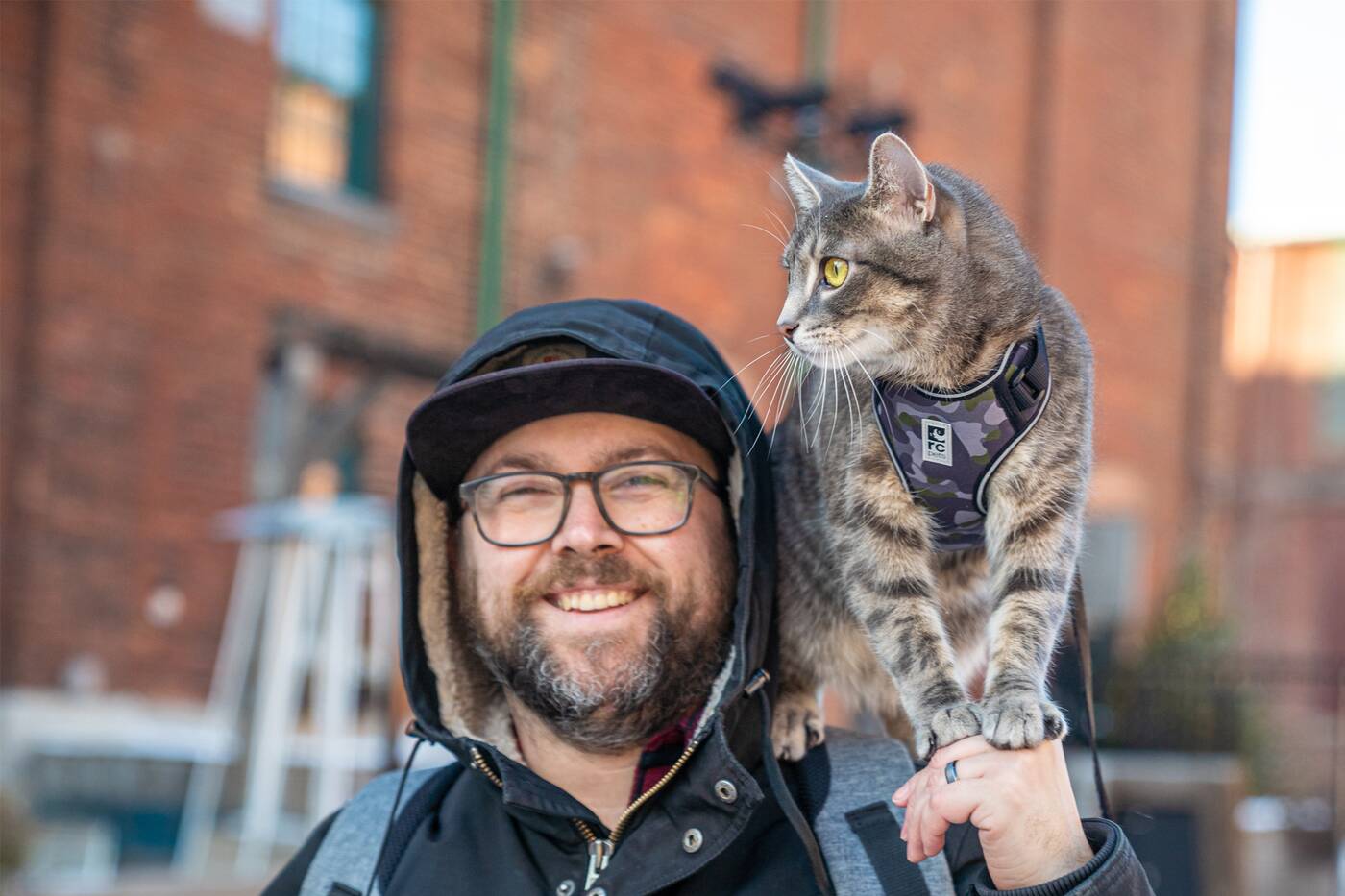 "When he rides on top of the backpack, he feels like he is untouchable, which is a really, really good thing because one time we were launched at by a dog and Gibson remained calm," said Sarah. 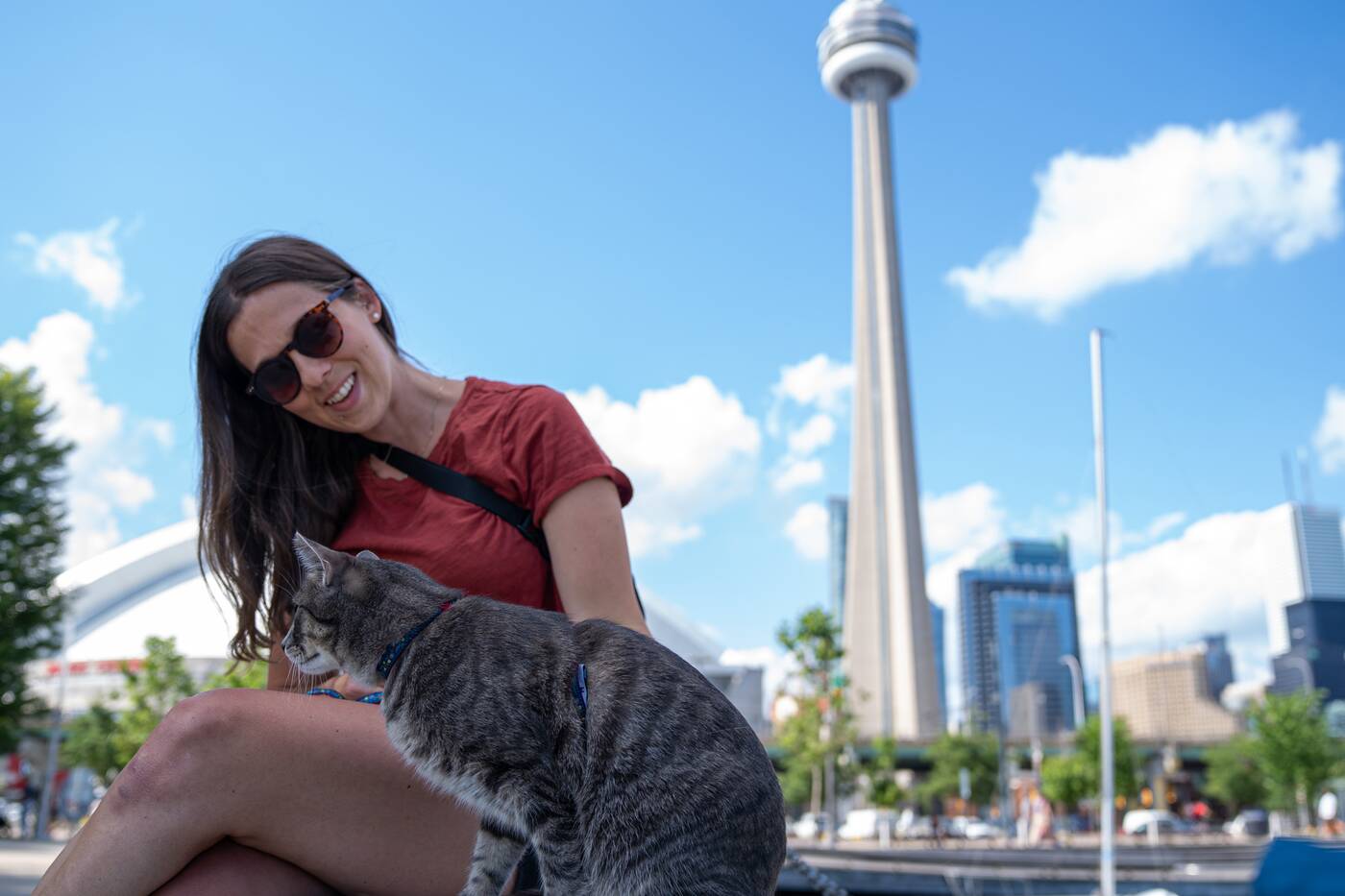 Sarah Olewski Klassen and her cat Gibson seen by the CN Tower.

The rarity of domestic cats strolling Toronto streets has made Gibson popular amongst his Instagram followers. His profile features photos at the Distillery District, CN Tower and Kensington Market, amongst others.

Sarah told blogTO that she always wanted to have an adventure cat, but never imagined it being Instagram famous. 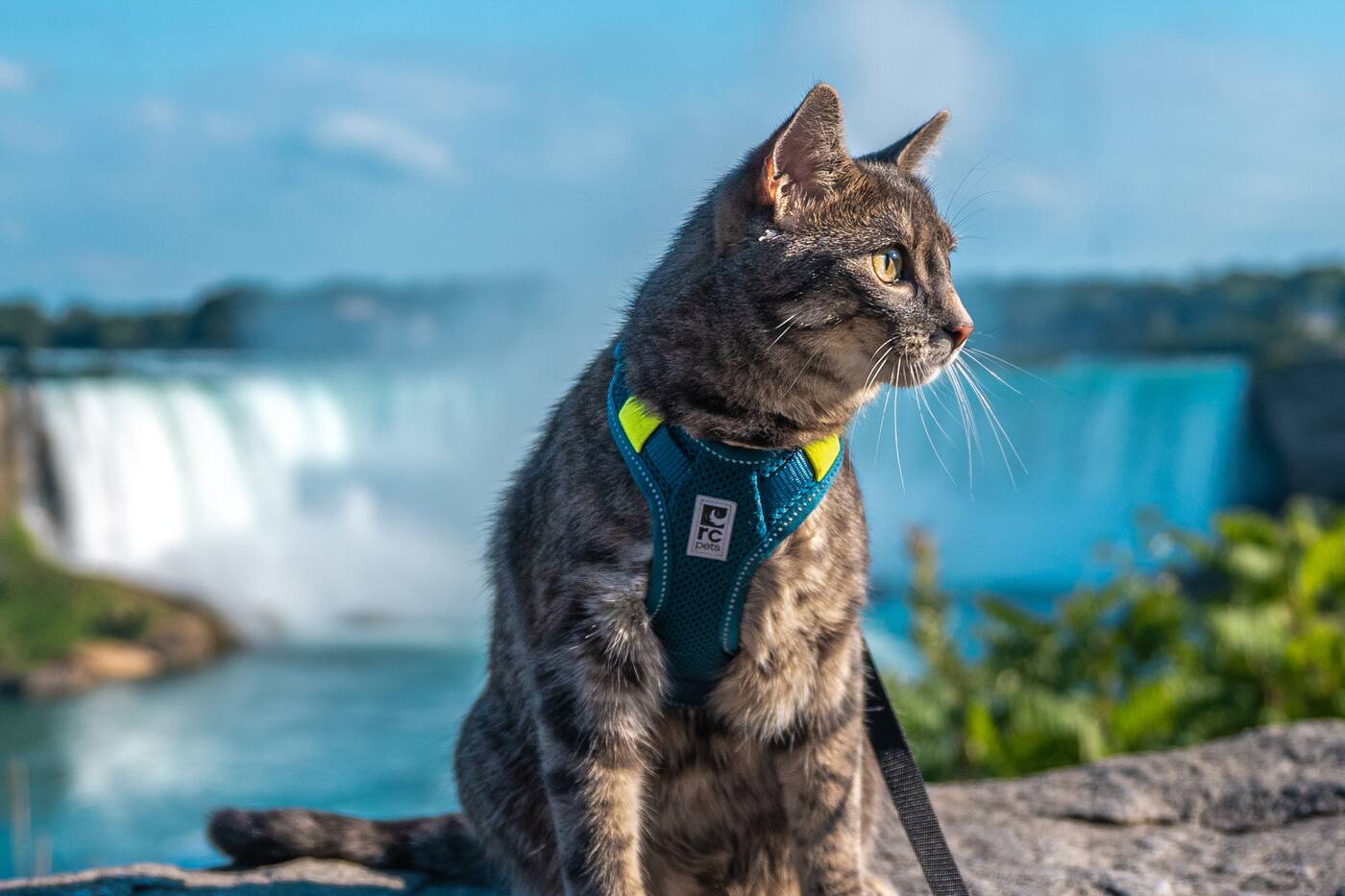 Gibson on a trip to Niagra Falls.

"To be honest, we created our Instagram account because I know that I get obsessive about my fur-children. And I know that my friends don't always care to see that or be a part of it," she said.

With Peter in charge of most of Gibson's photography, Sarah was able to learn some basic editing, and Gibson's Instagram took off.

A post shared by Gibson The Cat Explorer (@thegibsonchronicles)

"I still to this point don't feel like we are Instagram famous. We just love the community and how amazing it is. I think that a lot of us in this community really do a good job in supporting one another," she said. 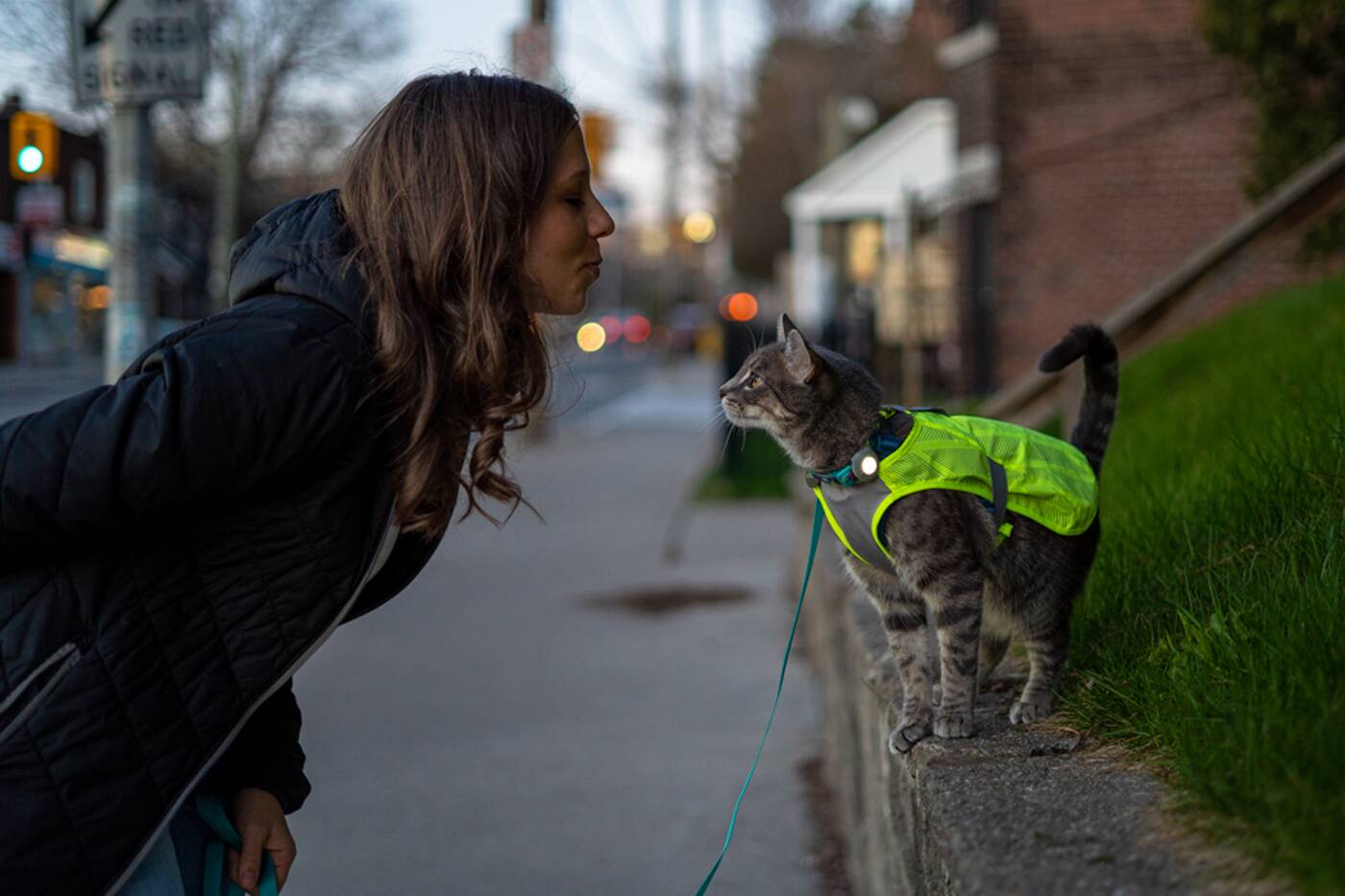 Sarah Olewski Klassen leaning in for a kiss from her beloved cat.

To share more resources and tips with her community, Sarah started her own blog, The Gibson Chronicles, where she writes about her favourite cat gear and training tips.

The trio plans to continue going on their adventures and sharing their stories with the city.