An unexpected gift a few days before Christmas has led to a "pay it forward" initiative by a Toronto woman.

Leslieville resident Nathalie Prezeau has been leaving one gift a day on the bench in front of Rowe Farms in the Beaches this week in a gesture of thanks for pre-Christmas kindness.

The story started on Dec. 23 when Prezeau needed fresh thyme for her Christmas eve dinner, she told blogTO.

Her daughter returned empty-handed from two supermarkets so Prezeau decided to try her luck at Rowe Farms on Queen Street.

There was a long line on the sidewalk, but after checking with a man at the door that they had thyme in stock, she took her place in it.

She was looking at her phone as the line moved slowly forward. Then, suddenly a bunch of thyme appeared in front of her. 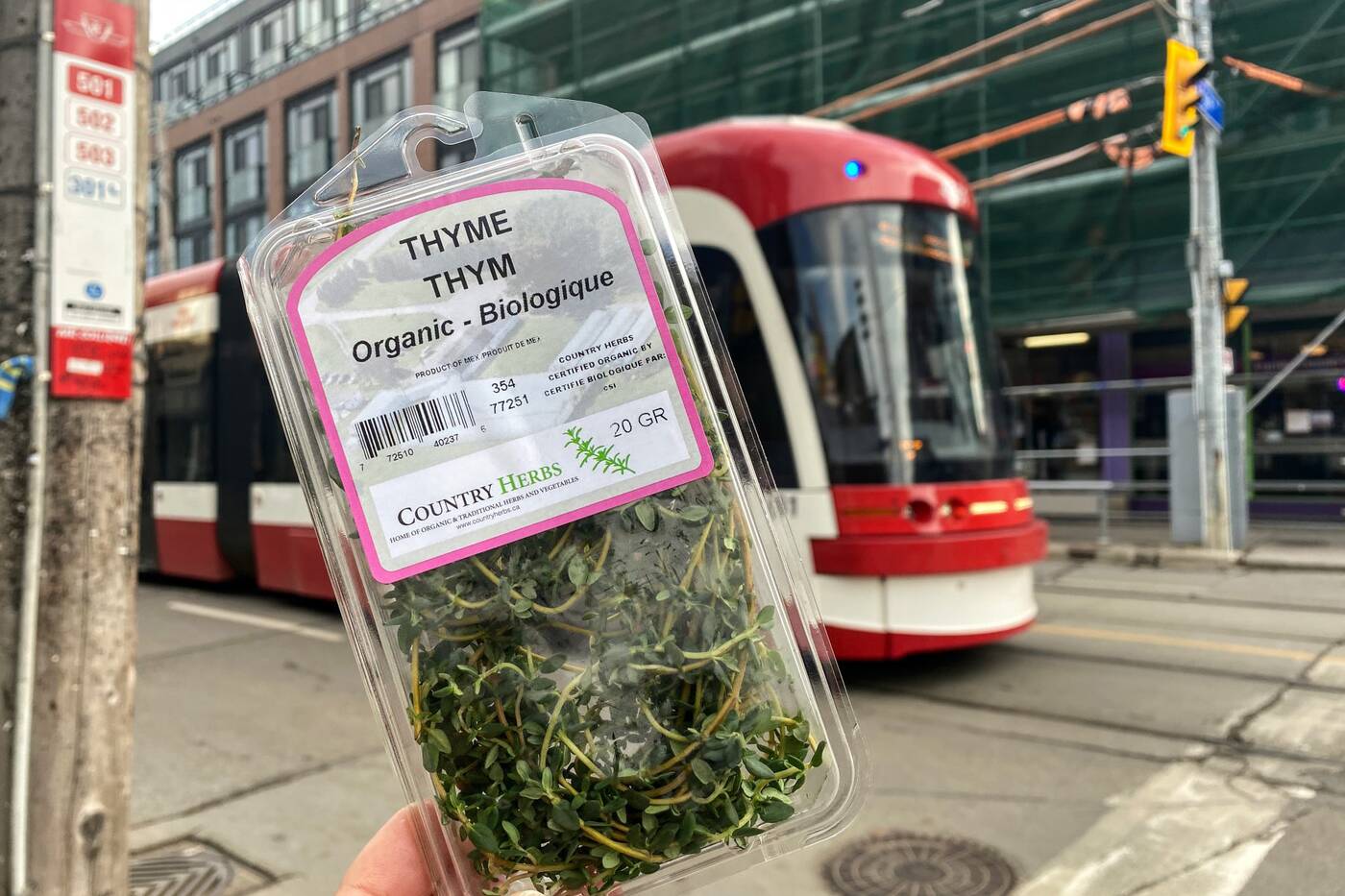 Nathalie Prezeau holds the thyme someone bought for her on Dec. 23.

A young woman had bought it for her in the store after overhearing her asking for it.

Prezeau joked this could be a bad pun.

She remembered the movie Pay it Forward from 2000 and, though the woman didn't stick aroundy, said: "I just had time to tell her, 'Oh I am so going to pay it forward.'"

As she was leaving, she said a man at Rowe Farms also told her: "Don't forget to pay it forward."

It was something that could only happen at a neighbourhood shop, and Prezeau found the whole experience very touching and got a little teary-eyed.

"I was on a high for an hour," she said, adding that she realized this was a stranger doing something for her with no agenda.

Prezeau said the gift made her feel proud of Leslieville. 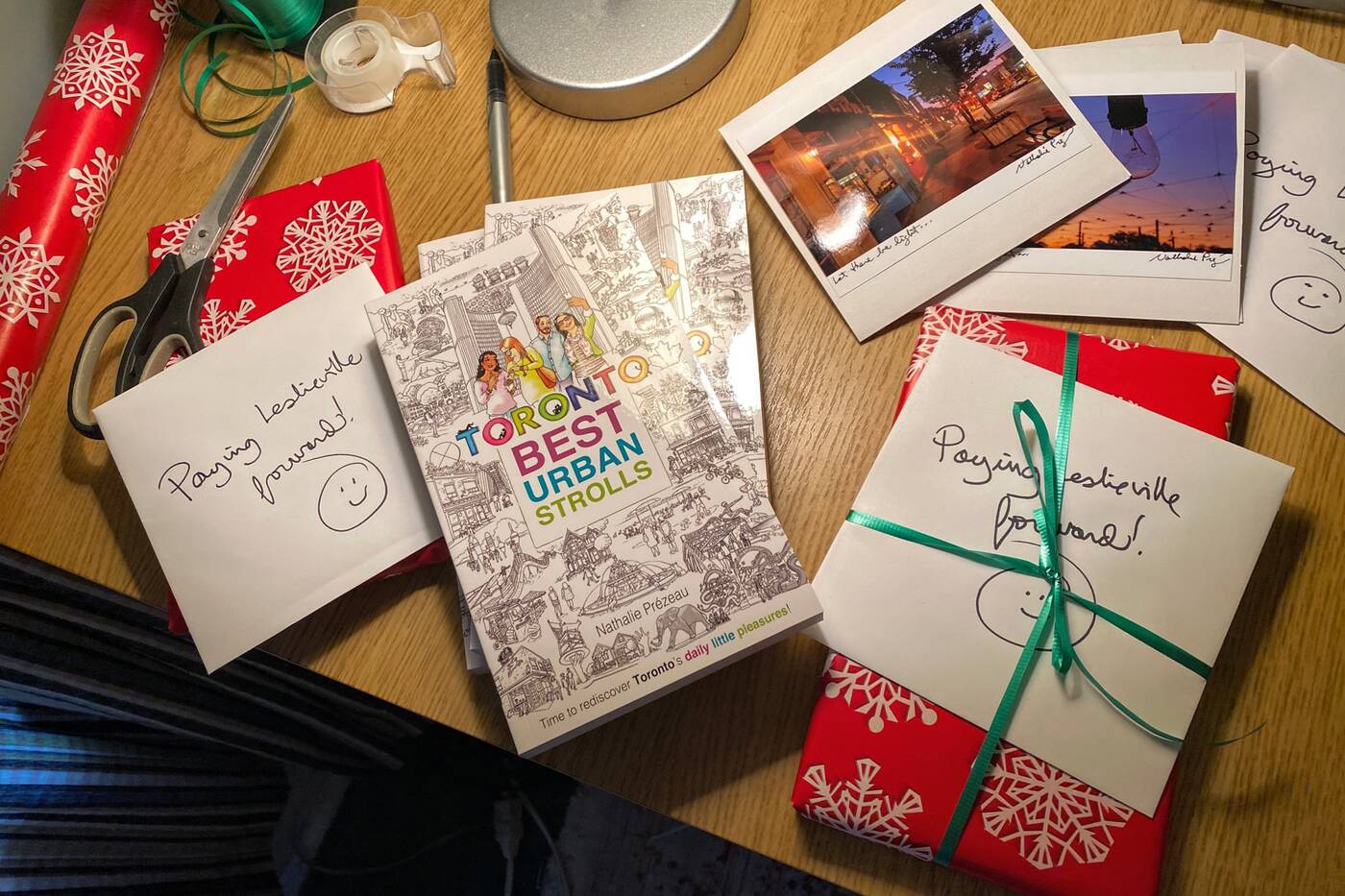 Nathalie Prezeau decided to wrap copies of her book and leave them on a bench in front of Rowe Farms each day.

She wondered how she could pay it forward, and thought it would be fun to give a gift.

"Anyone who has seen the movie knows the drill," she said. "It's not a matter of trying to find that person and giving back to her."

As an author, she decided to give her self-published book, Toronto Best Urban Strolls.

"I don't know what happens with them," she said. But each day when she returns, the book is gone.

She posted the story on the Facebook group I am a Leslievillian and the feedback has been positive — but there is no word on who has taken a book, or from the woman who bought the thyme.