The City of Toronto is hoping to revamp some pedestrian bridges across the downtown core through a new program that will see them made more inspiring and visually appealing with some new public art.

Applications for ideas for one site in particular, the Jameson Avenue Pedestrian Bridge, were opened up to local artists back in the fall, with a number of exciting concepts coming to the fore — including one that included giant golden raccoons, an homage to the city's troublemaking mascots.

Unfortunately for designer birdO and trash panda lovers everywhere, StreetARToronto (StART) committees did not select the idea, which was one of three that were in the very tight running for this part of the Art Over Bridges campaign, and was very reminiscent of a certain critter's plight late last year.

Though it's a bit of a bummer that the super innovative and Toronto-as-heck installation — which would have been a treat for pedestrians and drivers along Lake Shore Boulevard alike — won't be coming to fruition after all, the winning piece is arguably just as cool. 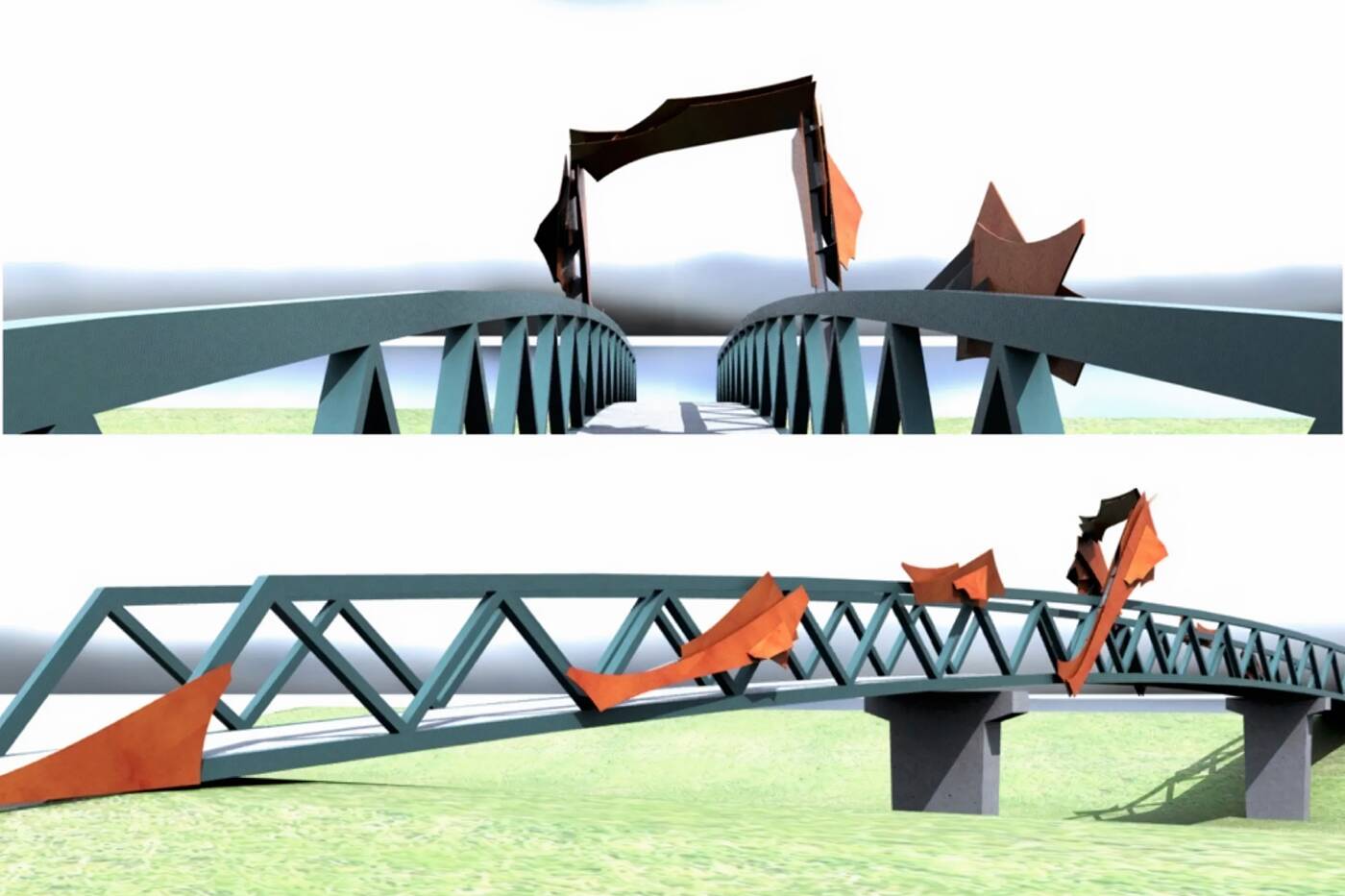 Renderings from Kwest's application to StreetARToronto.

The design, from long-time artist Kwest, is called Pulse: The Connection and uses sculpture, word art and lines to represent energy flow from one side of the roadway to the other.

"The proposed sculpture allows the viewer multiple sightlines for interpreting and appreciating the work," the work's description reads.

"The sculpture will be a new gateway for the public to enjoy while walking, cycling and driving by. The goal is to create a visual stimulus to encourge the use of the many elements our waterfront city hads to offer while promoting physical and mental activity through art."

Though it won't include any of Toronto's most iconic animals, the much-needed new iteration of the bridge will be unveiled sometime in Spring/Summer 2021, which StreetARToronto is calling the city's "year of public art."

And, like Golden Racoon Bridge designer birdO tells blogTO, "I have a feeling this won't be the last we'll hear or see of the raccoons."