Toronto's newest bus station has a few shiny features (like a terminal and a sweet pedestrian bridge), but the thing that'll interest cyclists? The super secure-looking bike lockers now on site.

They're not your usual bike racks. Located right across from the Kipling Transit Hub's main entrance are eight new modular lockers, with four more by the station's new parking lot. 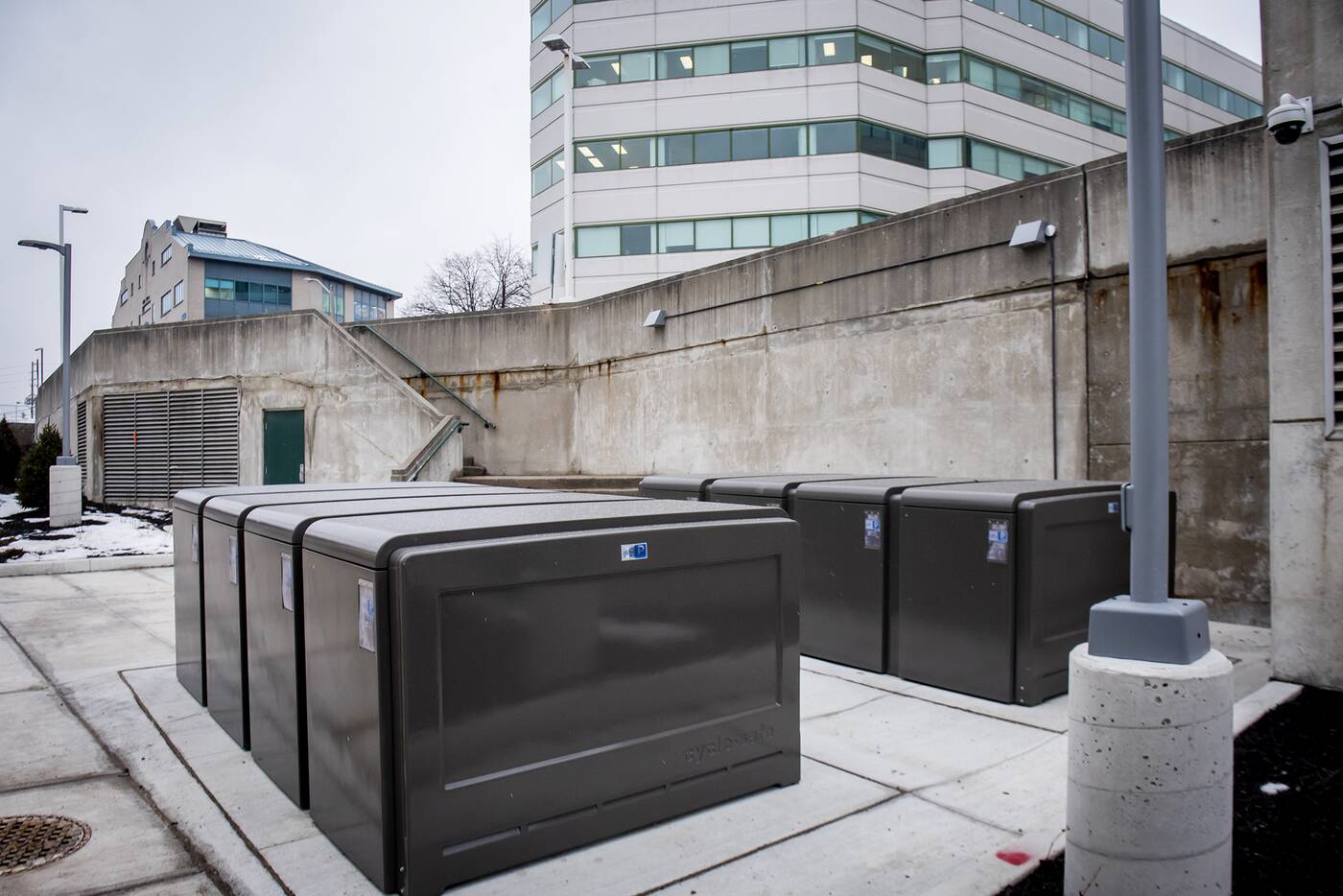 If you're not familiar with bike lockers, you might confuse them for disposal bins of some kind.

But if you've ever had a bike seat, wheels, or maybe an entire ride stolen, despite the Kryptonite bike lock, you might be willing to spend some monthly cash on one of these mini garages.

What are the lockers made out of?

The bike lockers at the Kipling Transit Hub are manufactured by CycleSafe, a family-run company based in Grand Rapids, Michigan, that was founded in the 1970s.

According to Hannah Hartger, whose father founded the company, bike lockers have been seeing a boom unlike anything seen since the oil crisis four decades ago, when people started biking more. Evidently more people have taken to cycling, rather than ridesharing or public transit, during the pandemic. 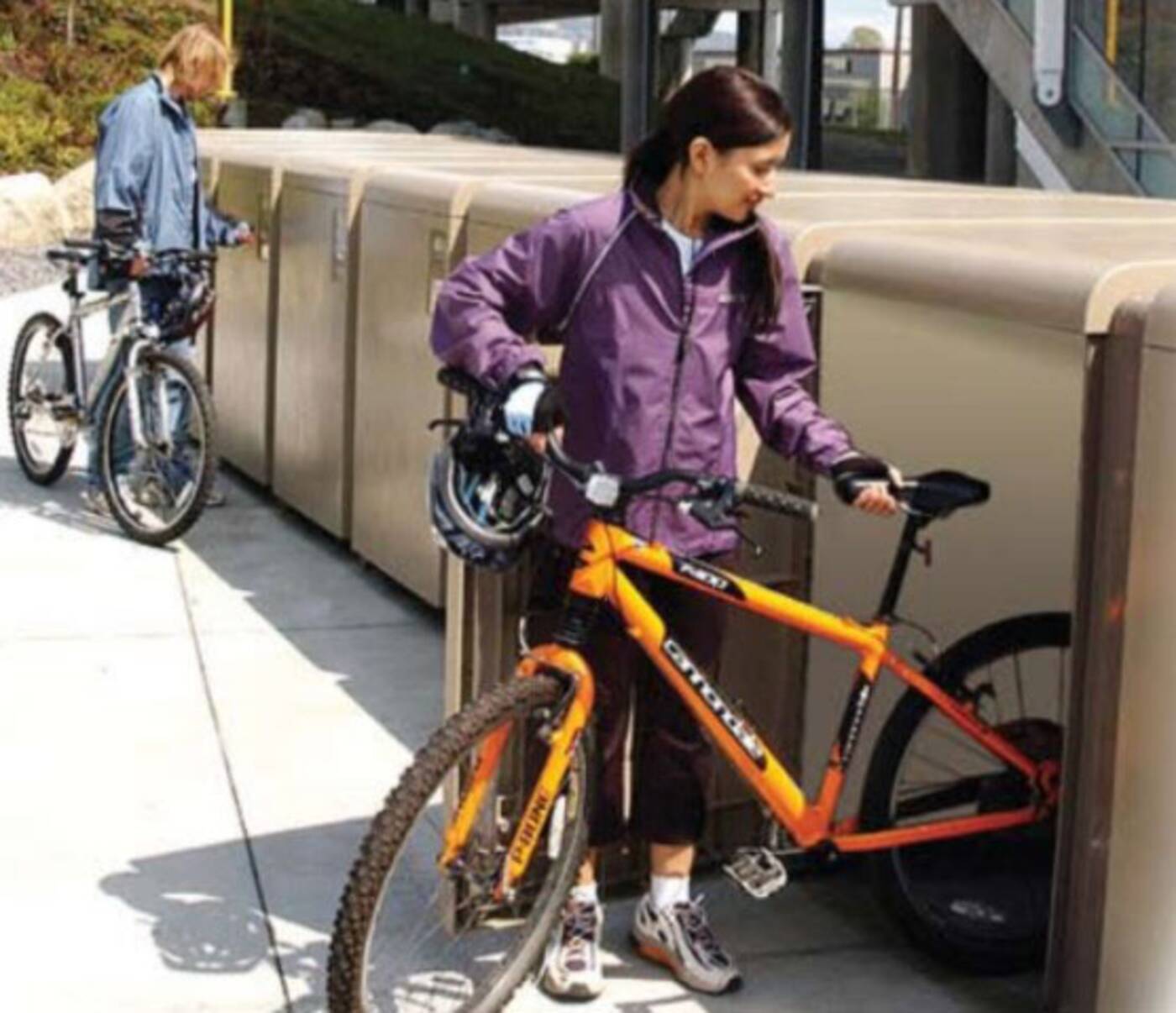 Each individual locker comes with its own unique key. Photo courtesy of CycleSafe.

CycleSafe manufactures its lockers in the U.S. using a hot compression molded SMC fiberglass, reinforced with ultra-durable polyester composite frames, top panels, and doors. It's UV protected, and resistant against flame and graffiti, too.

According to CycleSafe, they're tested to withstand level 1 hurricanes, a.k.a. another Hurricane Hazel type of storm.

This particular model, the ProPark Standard Model, works with all bike types and sizes, including electric bikes.

How do I reserve one?

Unlike regular bike racks, there's a whole process to follow if you're interested in using the bike lockers at Kipling station, as with all bike lockers around the city. 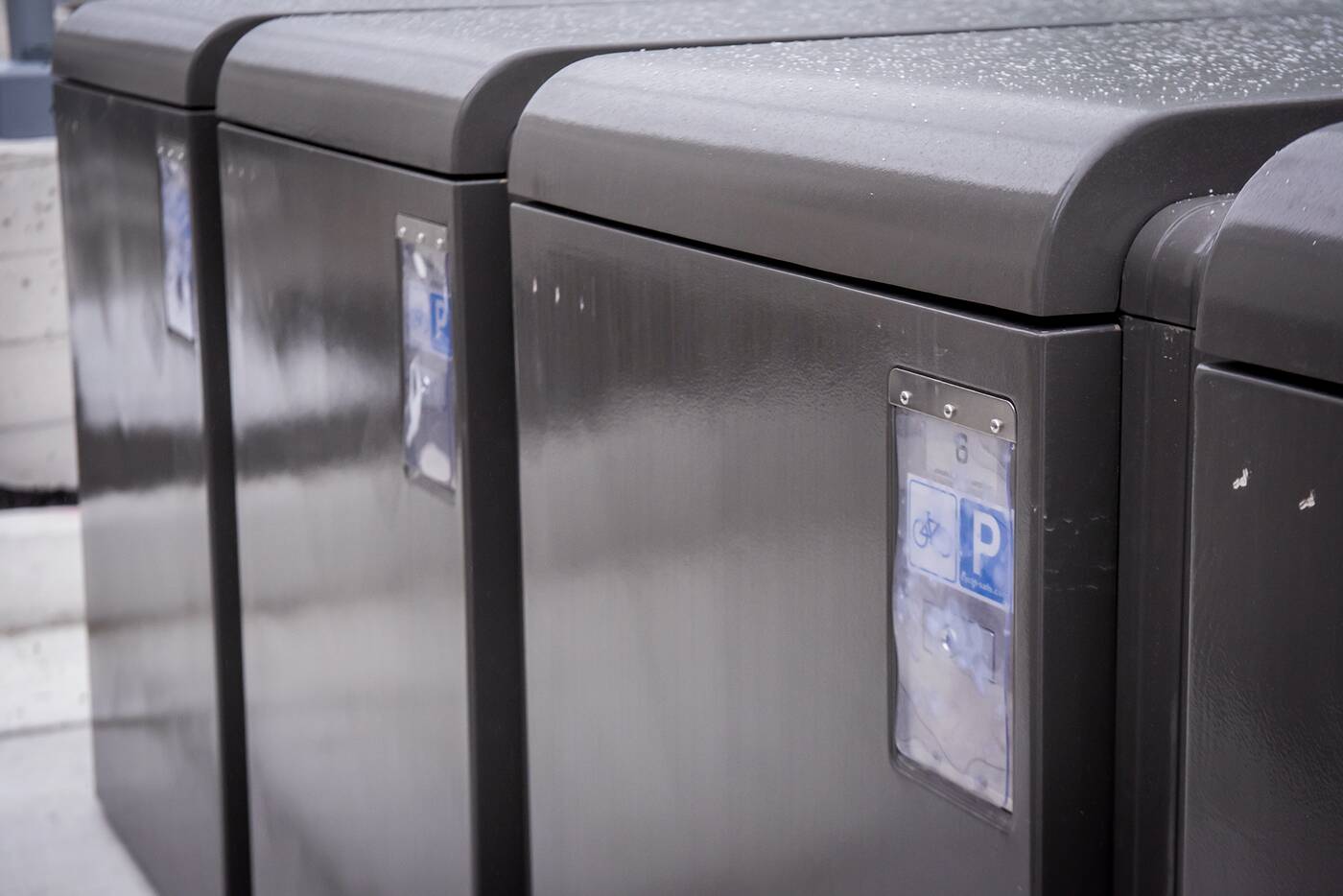 Bike lockers across the city can be booked through Toronto's Bike Locker Program.

The Kipling bike lockers use a T-handle lock, and each one has its own unique key.

To use the locker, you'll have to reserve one through Toronto's Bike Locker Program. When filling out the online application form specify which location you want to reserve.

Applicants have to be a minimum of 16 years old, and must "commute regularly by bicycle."

As of publishing, the Kipling Transit Hub lockers have not yet been made available on the site.

Lockers are available on a first-come, first-served basis, with a waiting list. Residents of Toronto are given priority over other users. 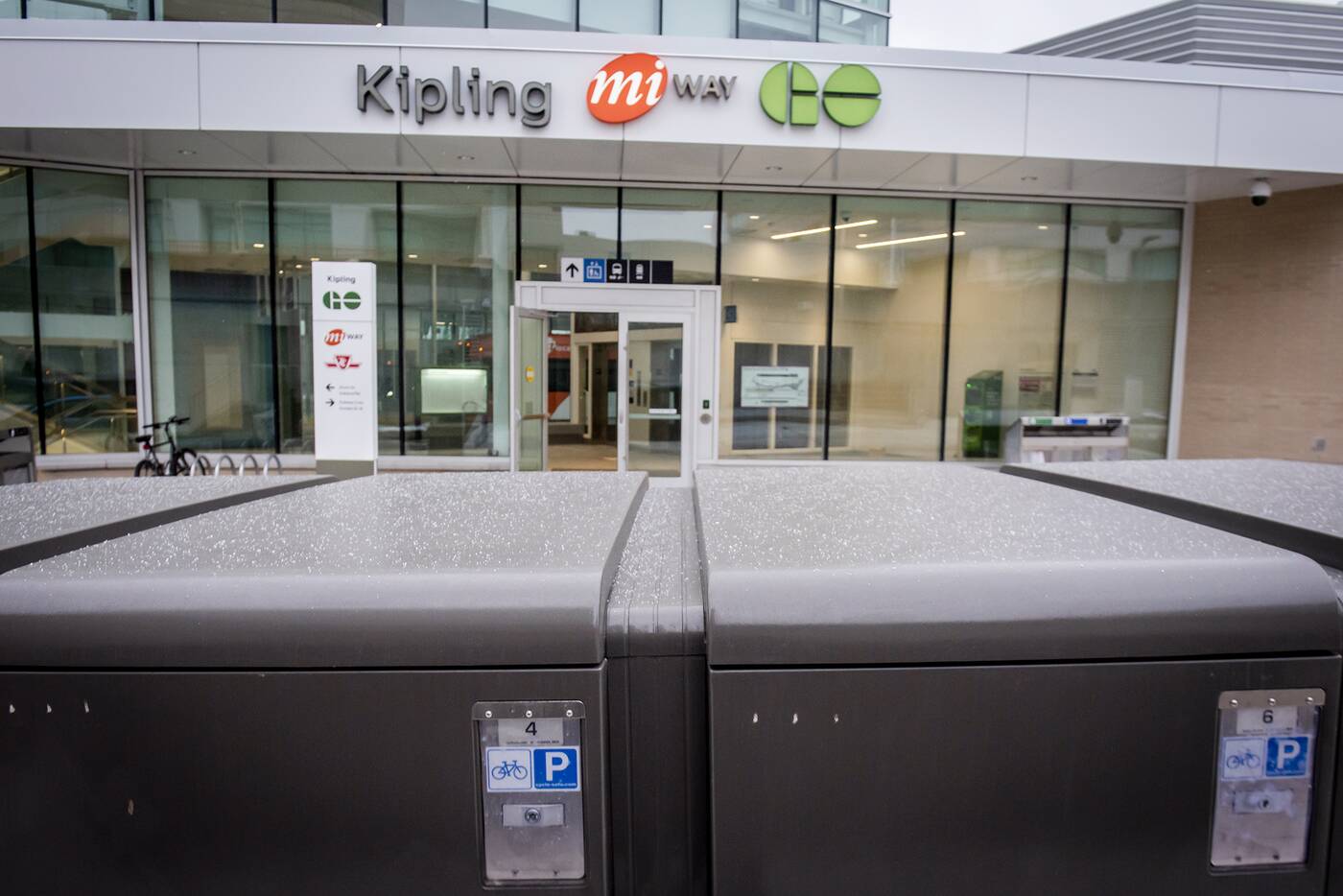 Unlike regular bike racks, bike lockers cost $10 plus tax a month to use. Lost keys cost $90.

How much does it cost?

Renting a locker costs $10 + HST per month, and you'll have to book for a minimum of four months, with no refunds.

Payments can by made by mail or by phone, payable to the City of Toronto. Credit cards are not accepted. Because of the pandemic, the City is not currently booking appointments at the City Hall Bicycle Station.

And if you lose your key, you'll have to cough up $90 to the City, so better keep that bad boy on a carabiner.