This is what Toronto's newest bus terminal looks like 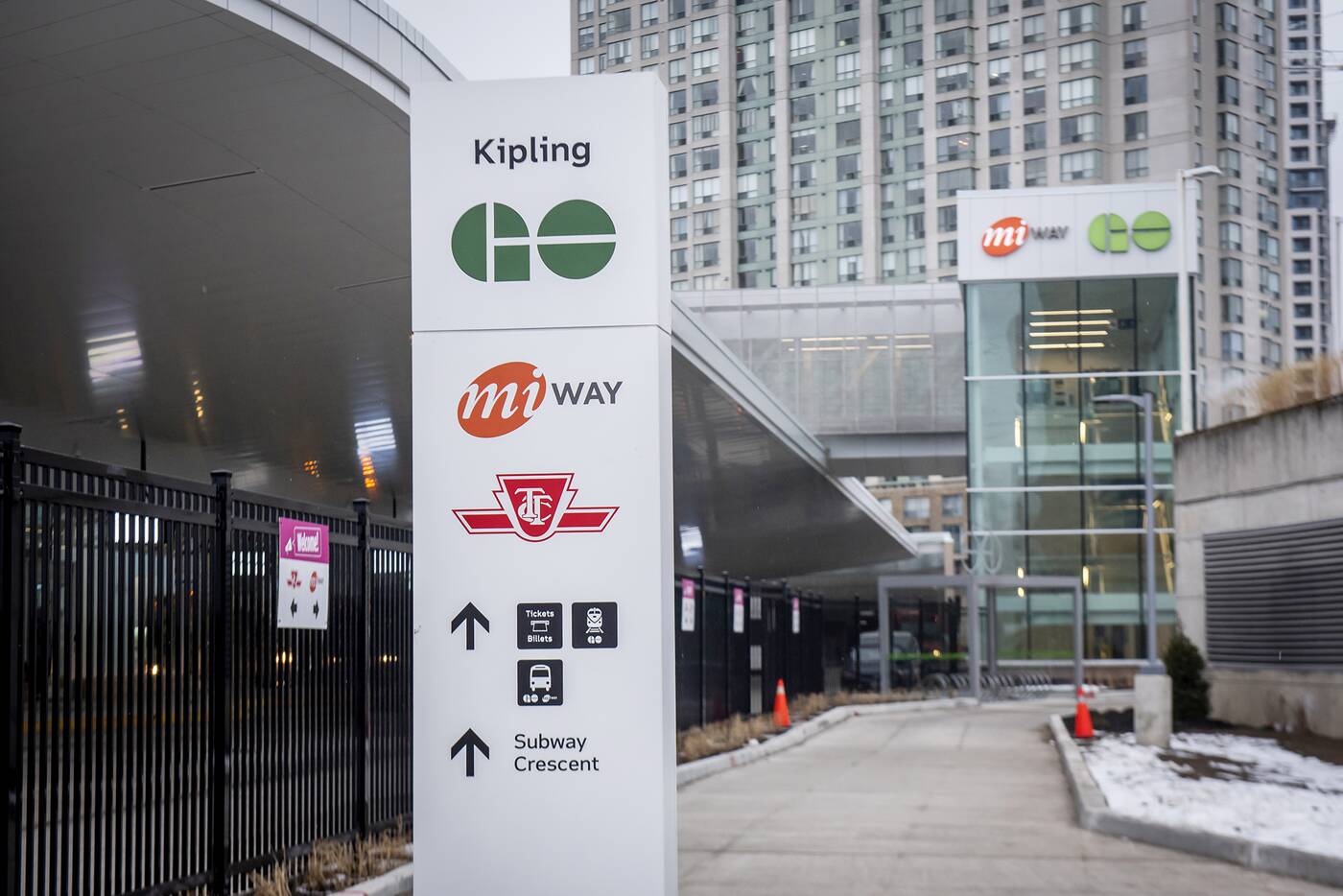 Kipling subway station has reopened as a major transit hub connecting to MiWay, the GO, and the TTC.

On January 4, it reopened with the brand new Kipling Bus Terminal, which now connects the GO Rail, MiWay, TTC subway and buses, and commuter parking. 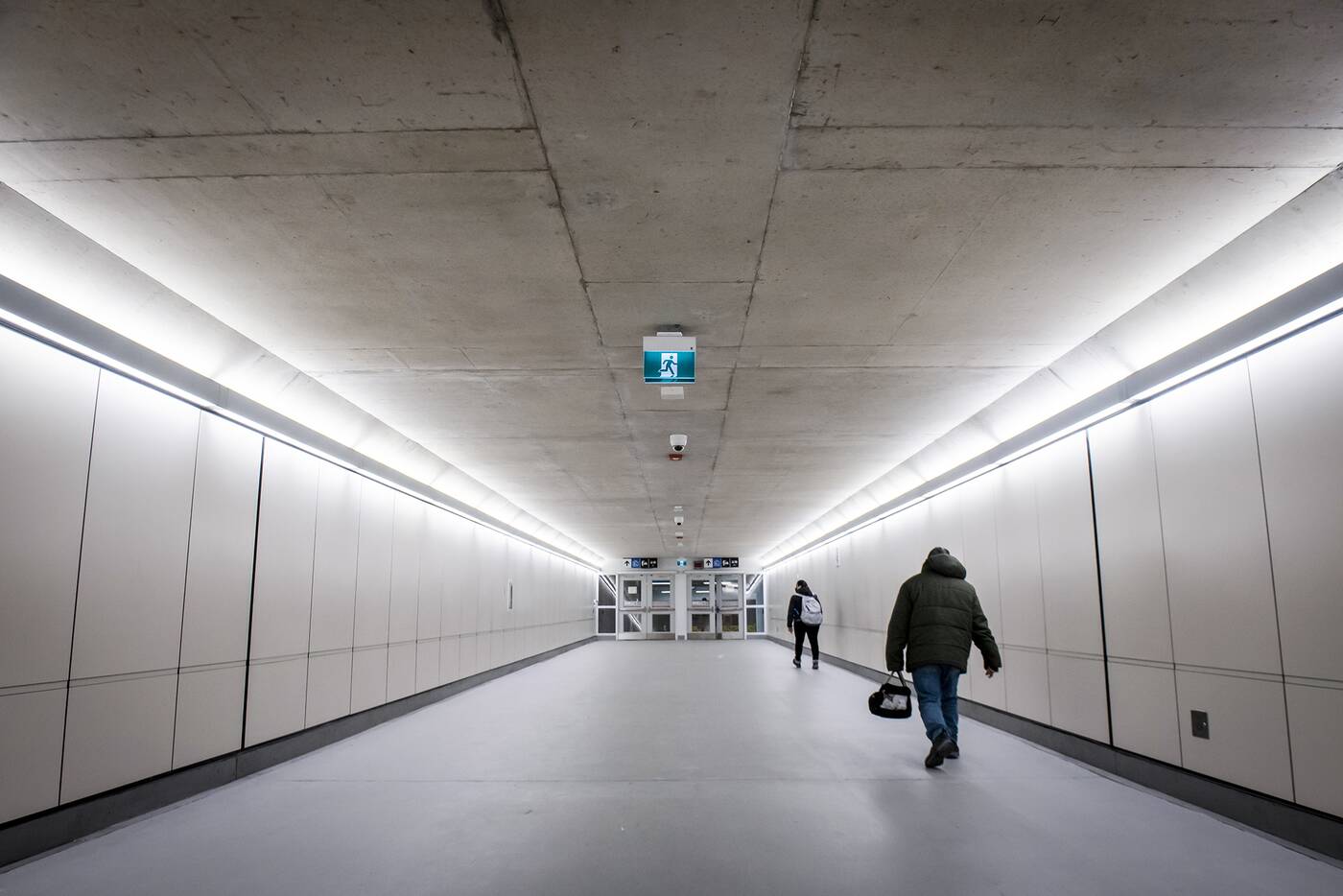 A tunnel connects between the bus terminal and the TTC's Kipling station.

Add that on to its express route to the airport, and Kipling is the new jumpoff point for Toronto and beyond. 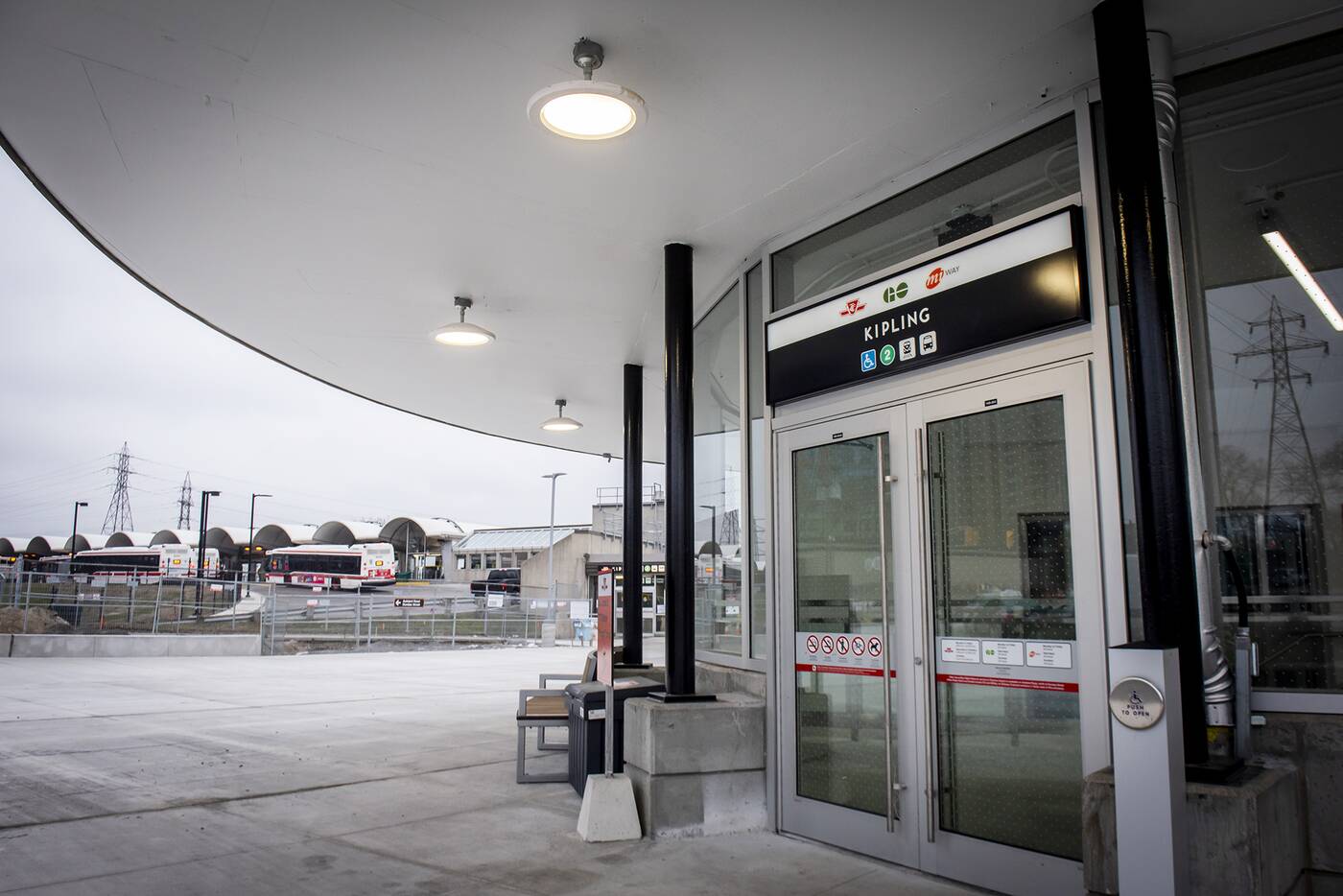 It's a big deal for those travelling on MiWay: riders coming to and from Mississauga no longer have to disembark at the Islington Subway Station, since a number of routes have been diverted from there. 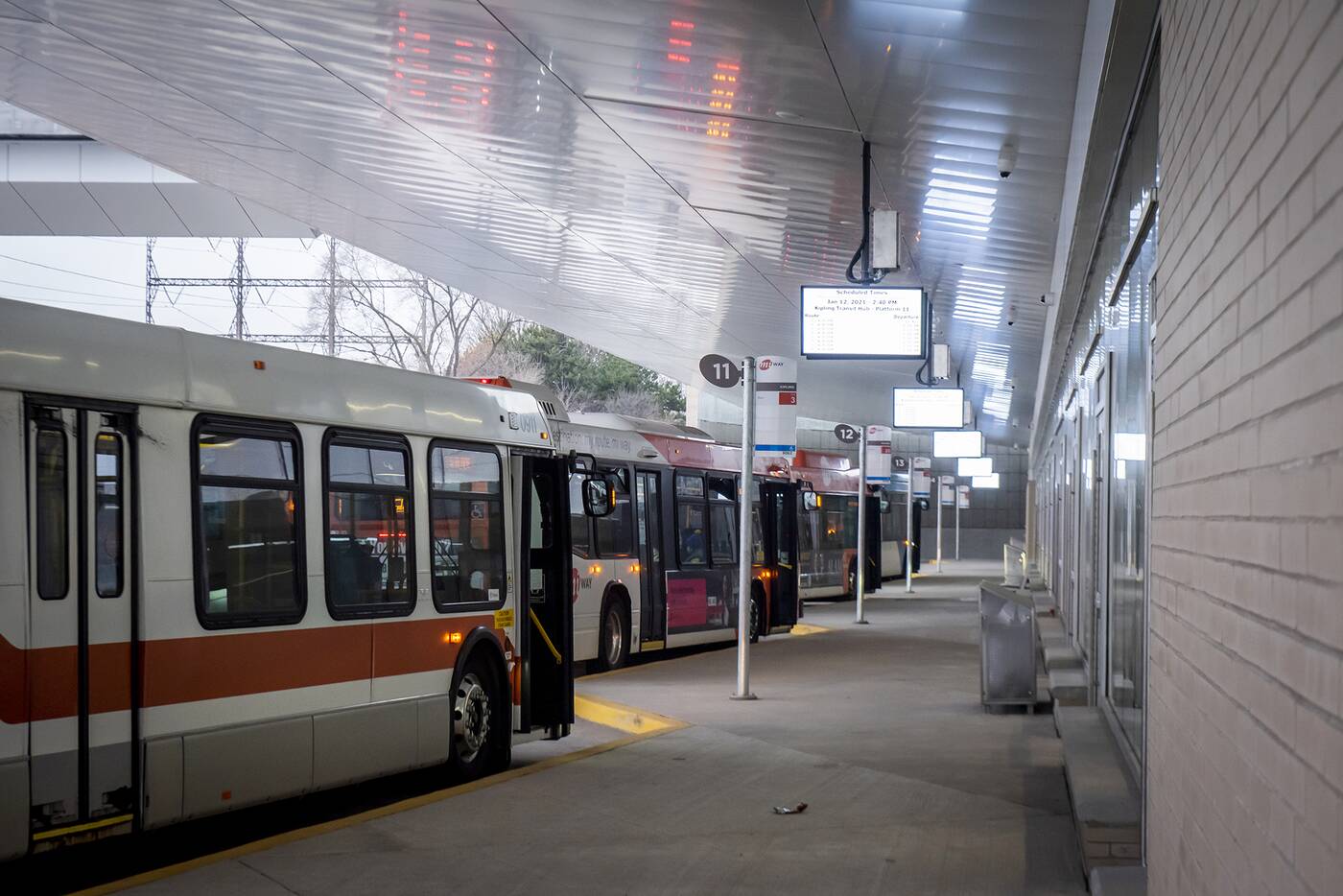 A number of MiWay routes have been diverted here from Islington Station.

Instead, there are now platforms designated just for MiWay buses, with a beautiful bus terminal to boot. 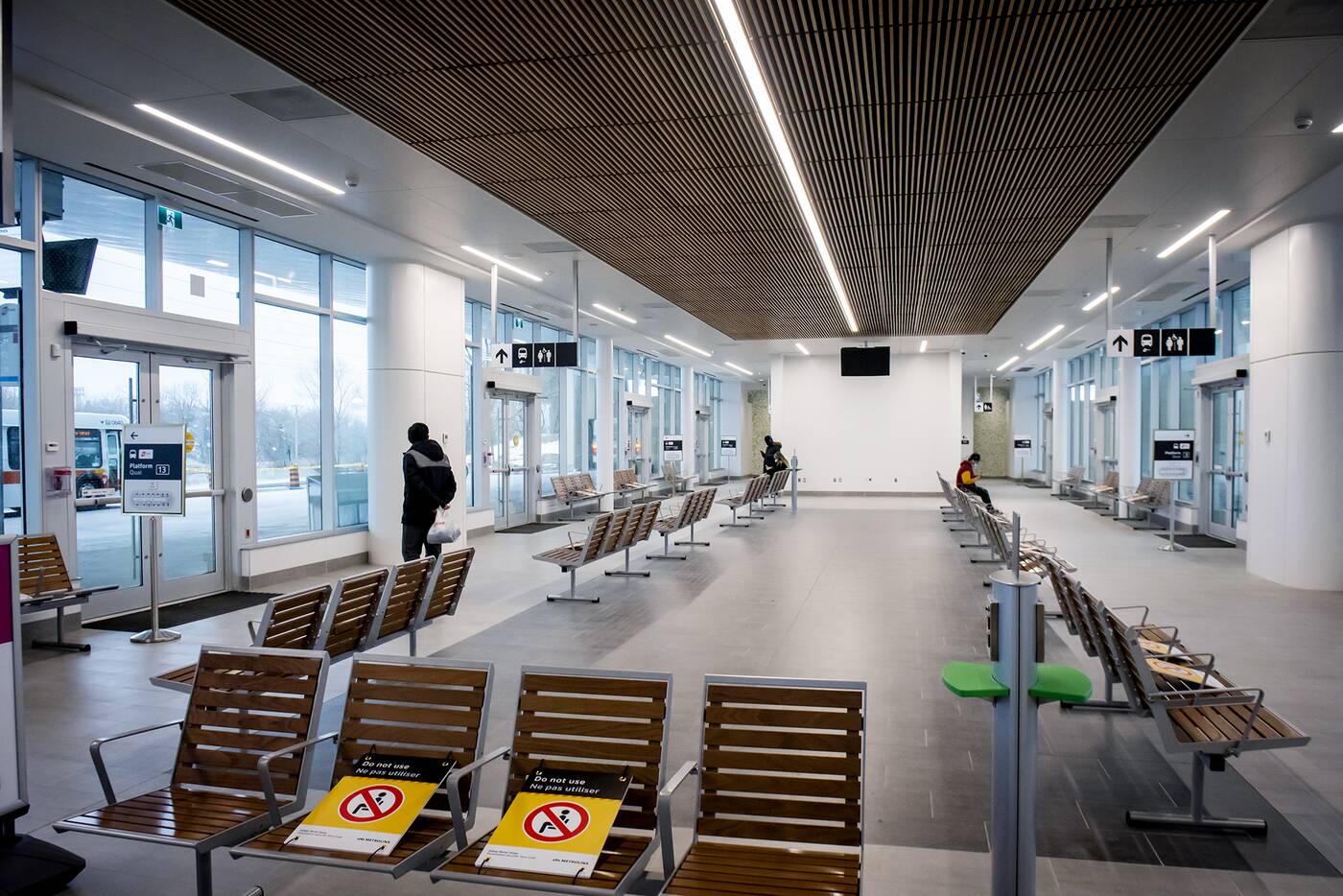 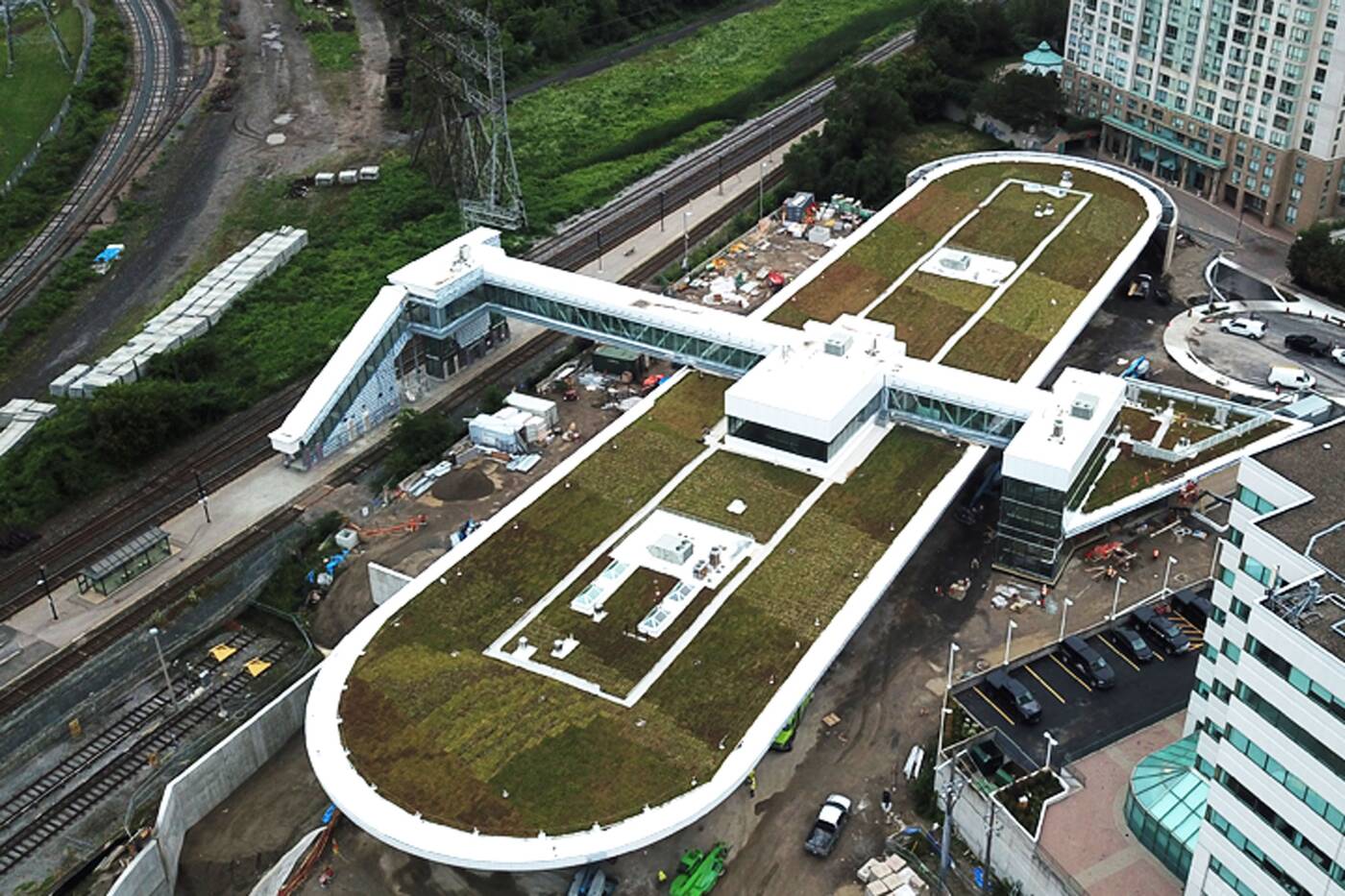 Invisible to those waiting for their buses is the green roof system, larger than half a football field, that sits atop the bus terminal building with vegetated modules and a waterproof membrane. 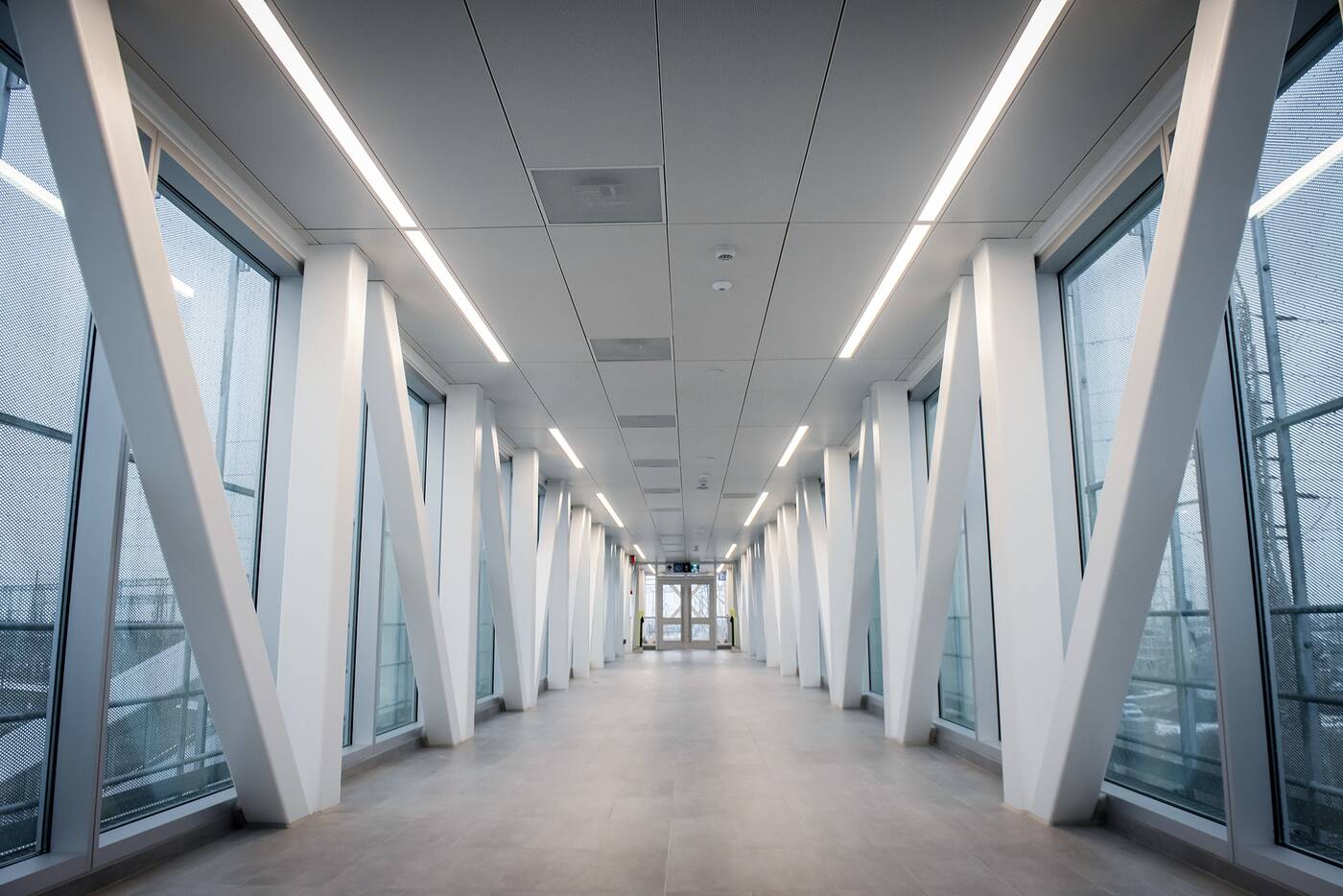 A new pedestrian bridge connects the Kipling Bus Terminal with the GO station.

The terminal connects to the TTC via a downstairs tunnel (the same direction as the Passenger Pick Up and Dropoff Area). There's also a new pedestrian bridge that connects to the GO station. 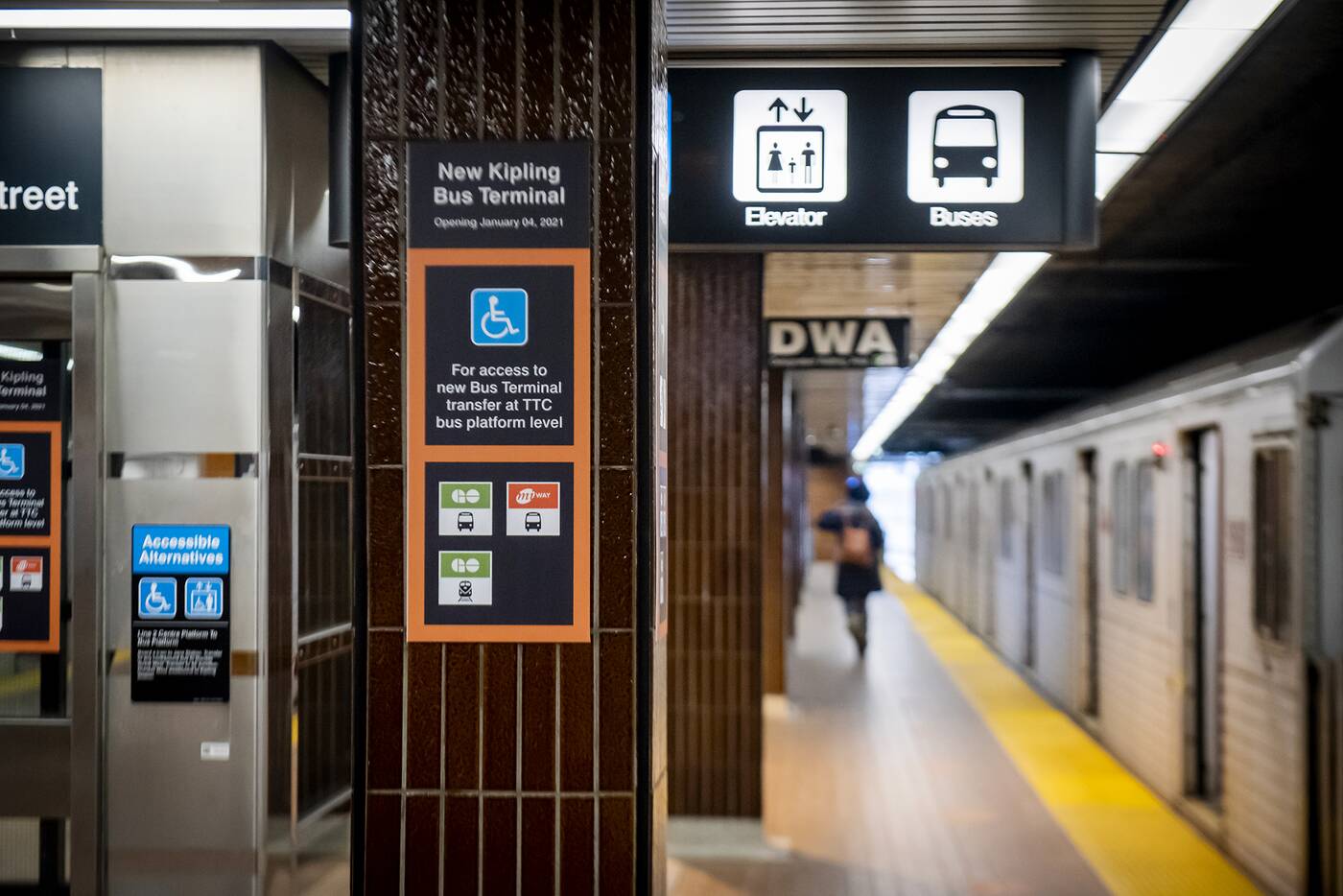 The Kipling subway station is the most western terminus of the TTC's Line 2.

You'll re-emerge on the other side to yet another tunnel leading to the Kipling subway station. 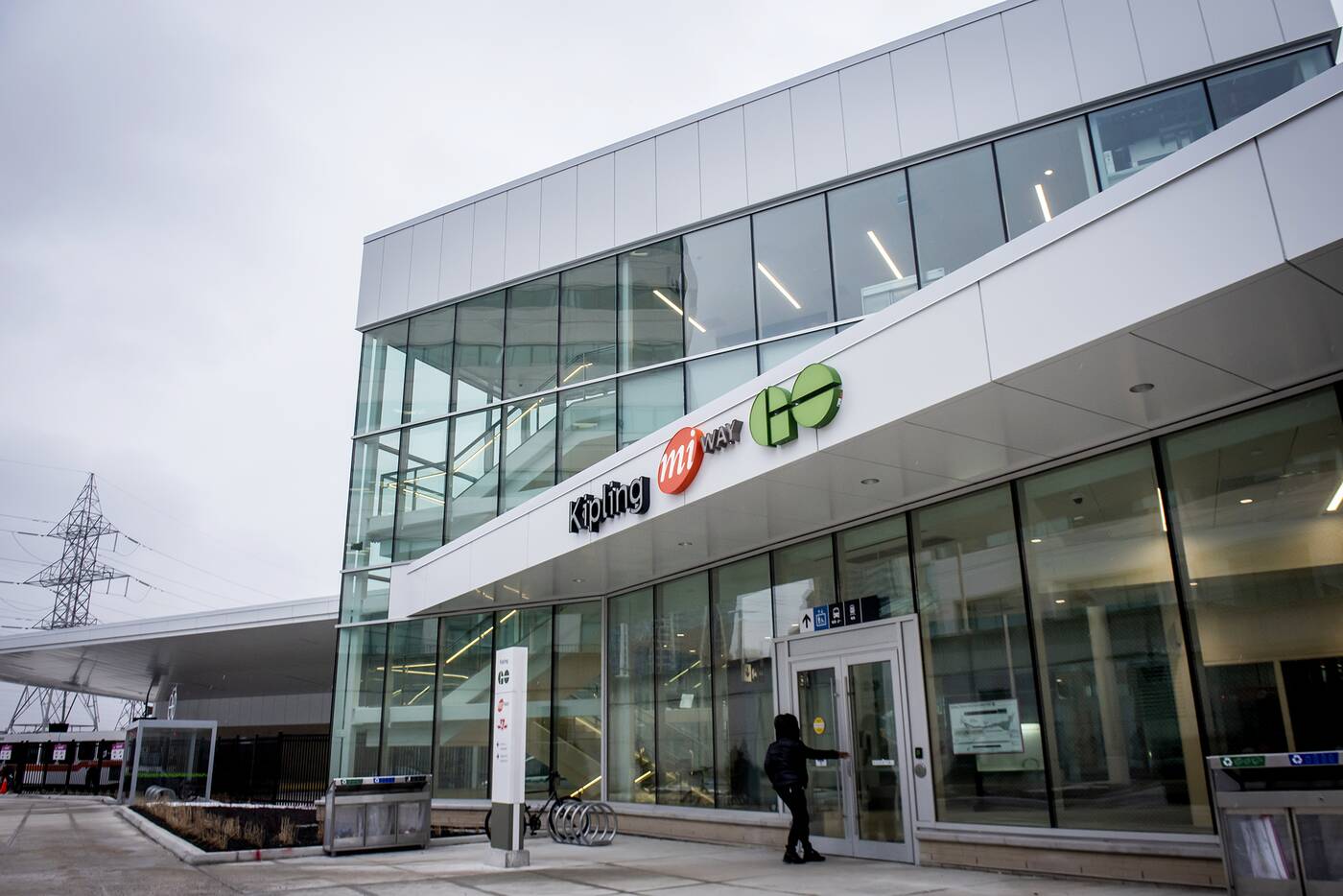