Rosedale Ravine Lands isn't tucked away in a forest like some of the other walks in the city but the stretching pathway that follows the Rosedale Valley Road makes for a picturesque stroll in its own right. 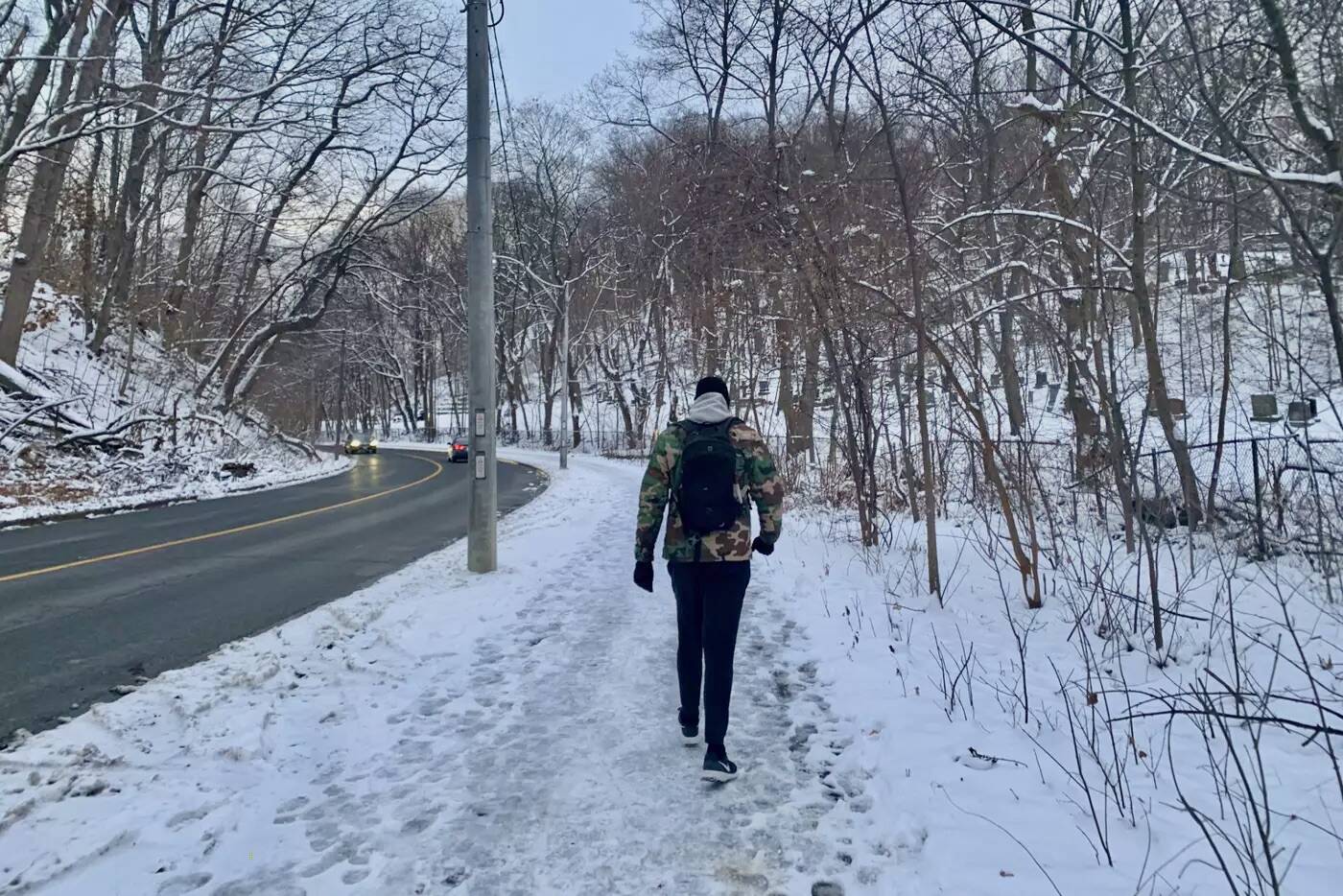 The walk passes St. James Cemetery to the southeast.

Running below one of Toronto's most historic neighbourhoods, the pathway located on the south side of the road can be followed from Park Road to Bayview Avenue.

It's typically known as a good bike path as it's fairly straight and mostly downhill if you're heading east. 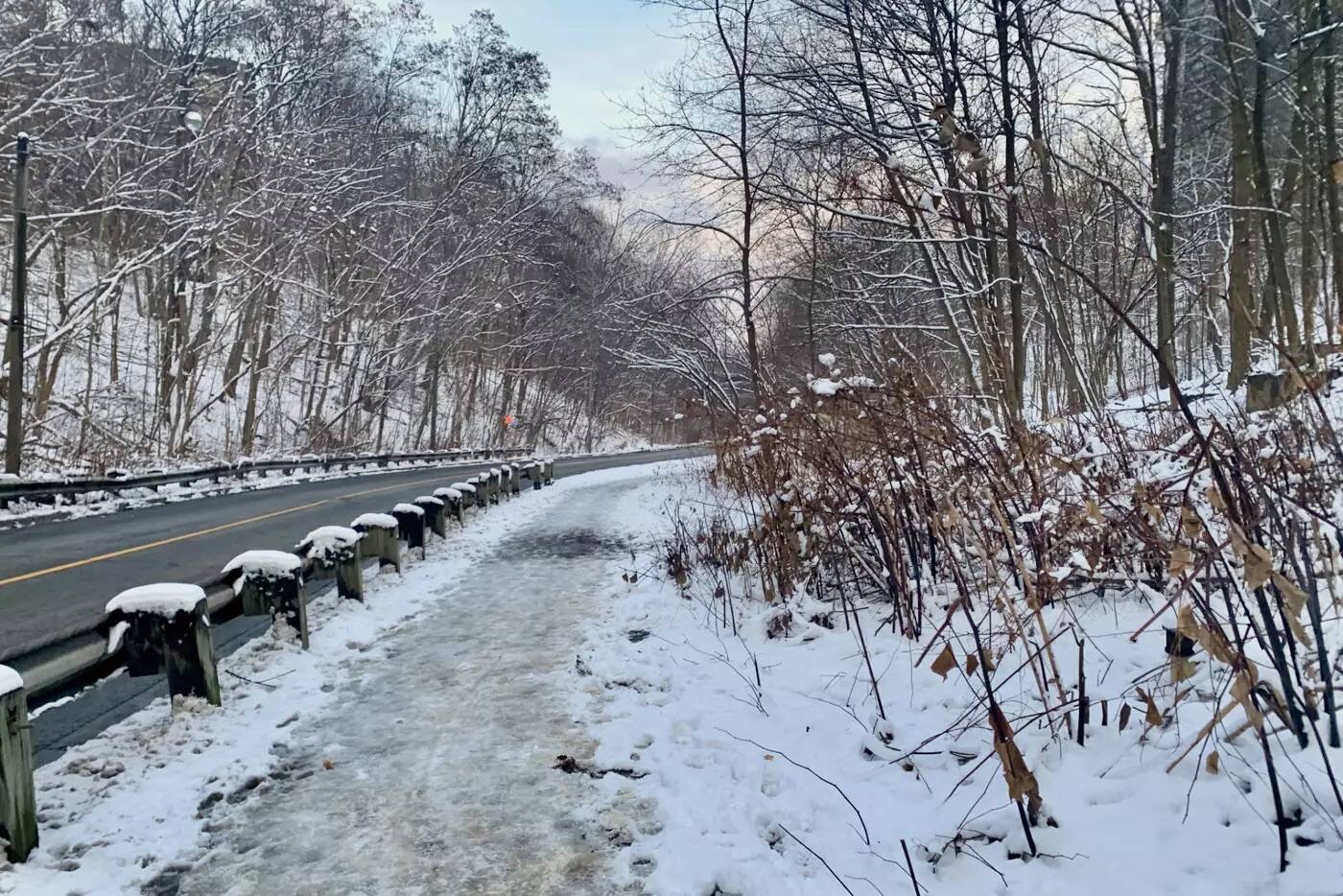 Keep in mind the conditions may make it difficult to bike down the pathway in the winter.

Although it's not set deep in a forest, the sides of the ravine, which both slope steeply downwards, are wooded with tall maple, elm, oak and pine trees. 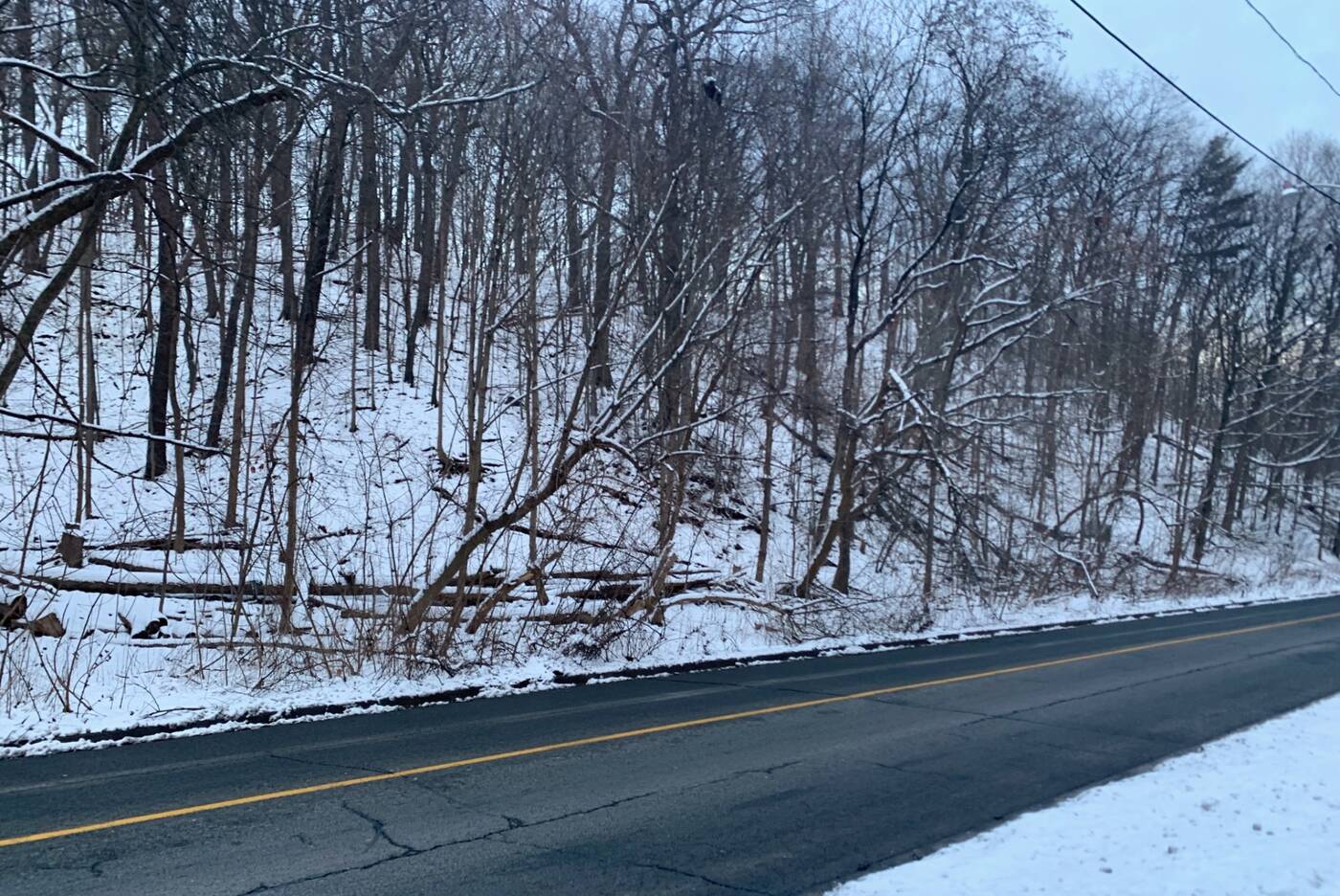 Although the pathway follows Rosedale Valley Road the entire way, you'll still get to enjoy a bit of nature.

The area looked much different about a hundred years ago as the Castle Frank Brook flowed through, or rather, created the ravine. 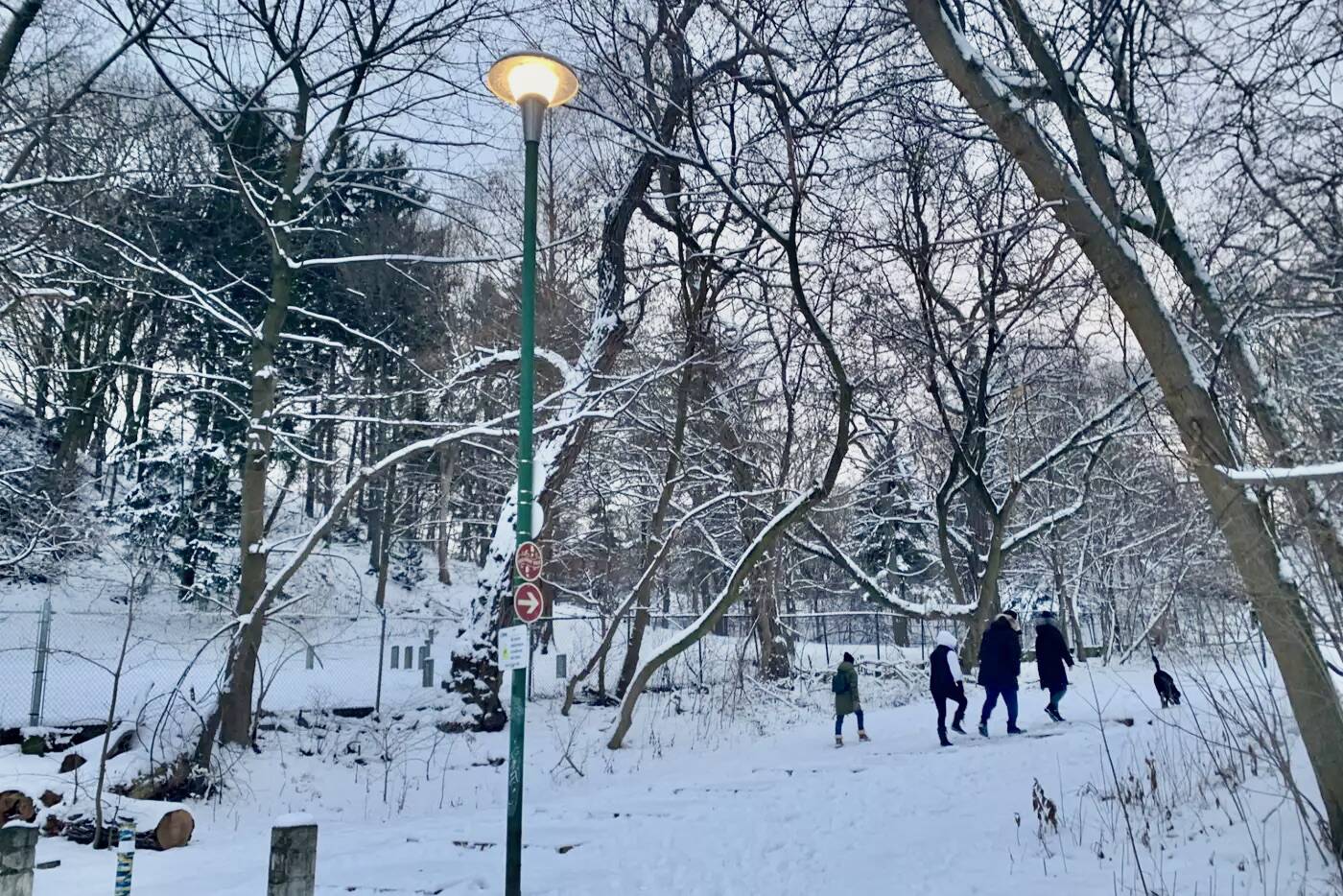 You can connect to a few of Toronto's Discovery Walks along the walk as well.

The creek, which started from Lawrence Avenue and Dufferin Street and flowed toward the Don River, is now buried.

You'll pass under a few bridges during the walk. The first overpass along the pathway is Sherbourne Street. 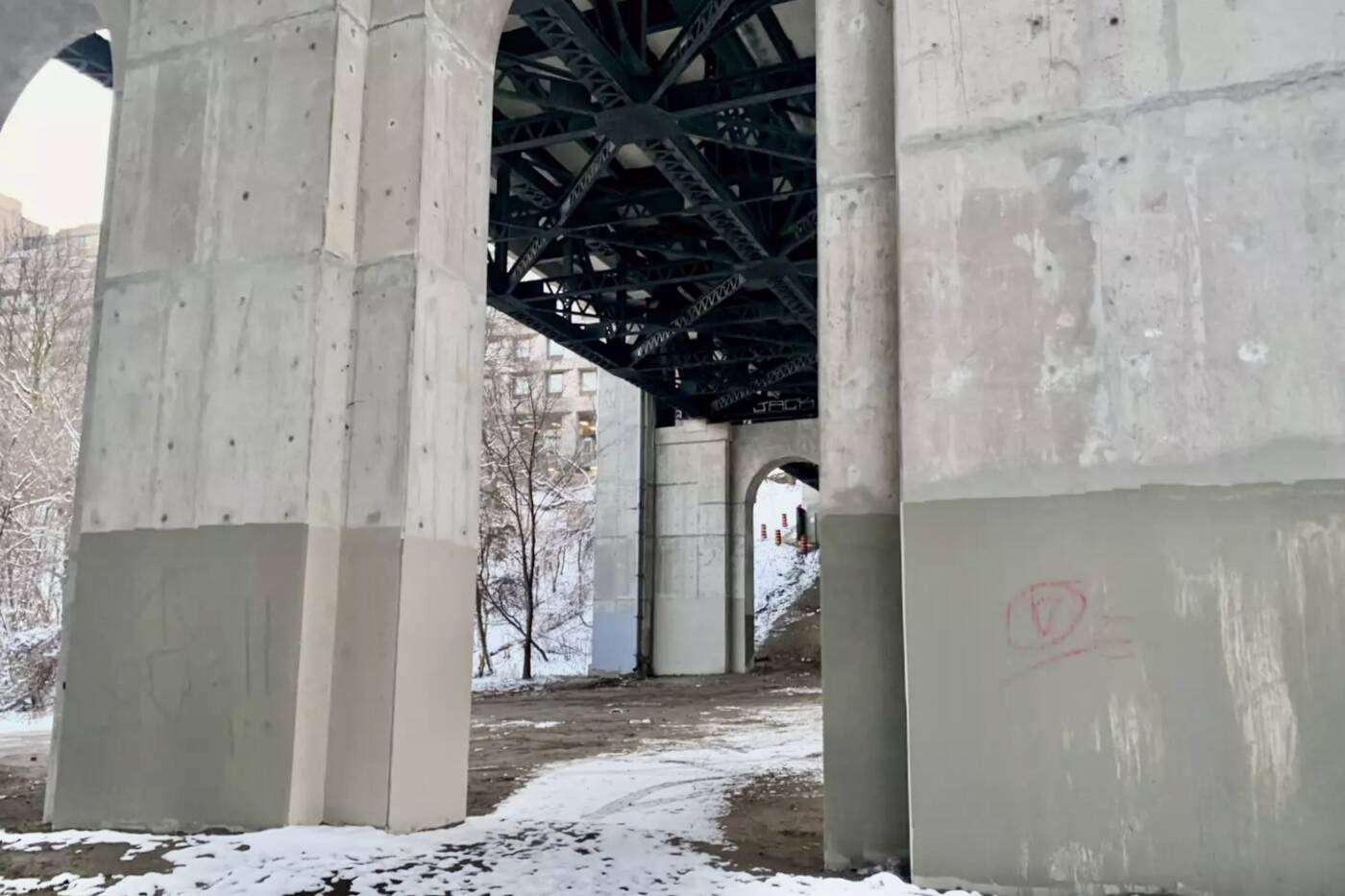 There's a staircase situated to the south end of the bridge with access to Sherbourne subway station for those who'd like to descend into the ravine from here or head back up to the street. 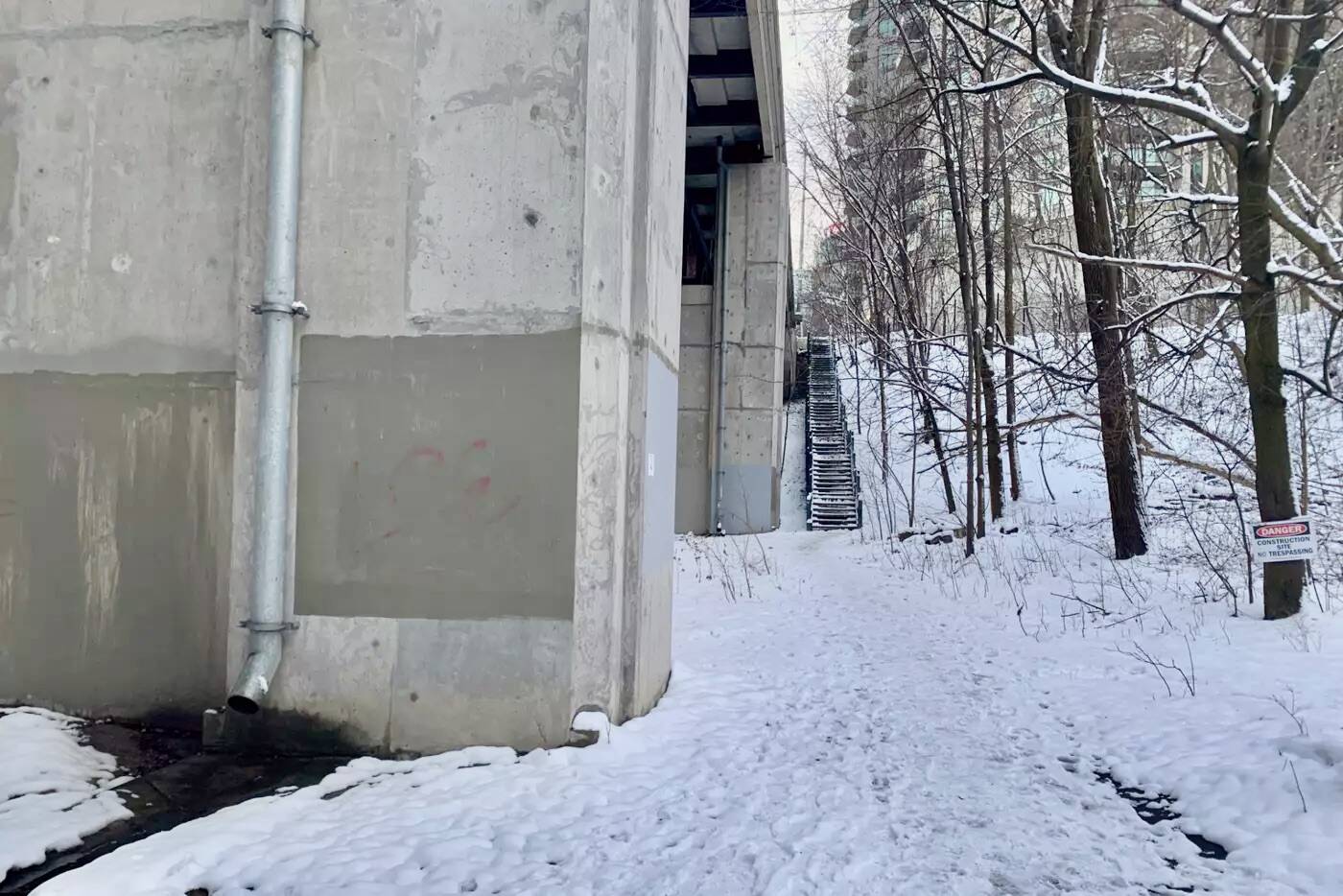 Rosedale, Sherbourne and Castle Frank subway stations can all be easily accessed along the Rosedale Valley. 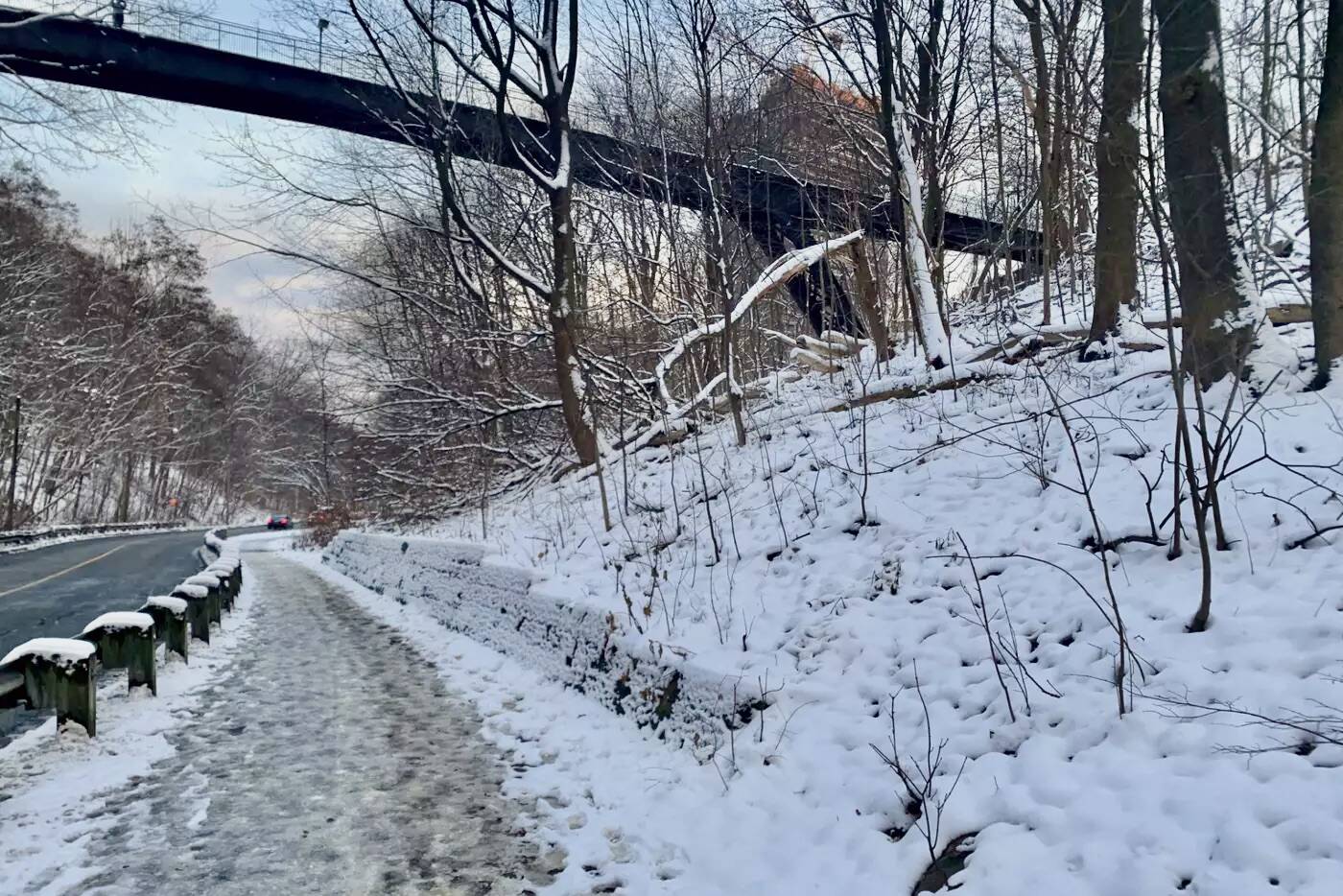 You can connect to the pedestrian bridge at Glen Road.

You won't miss the Prince Edward Viaduct, more commonly known as the Bloor Viaduct, which also spans over the Don Valley.

Constructed in three sections, the bridge that spans Rosedale Valley was the first to be built in 1915, followed by the iconic section over the Don. 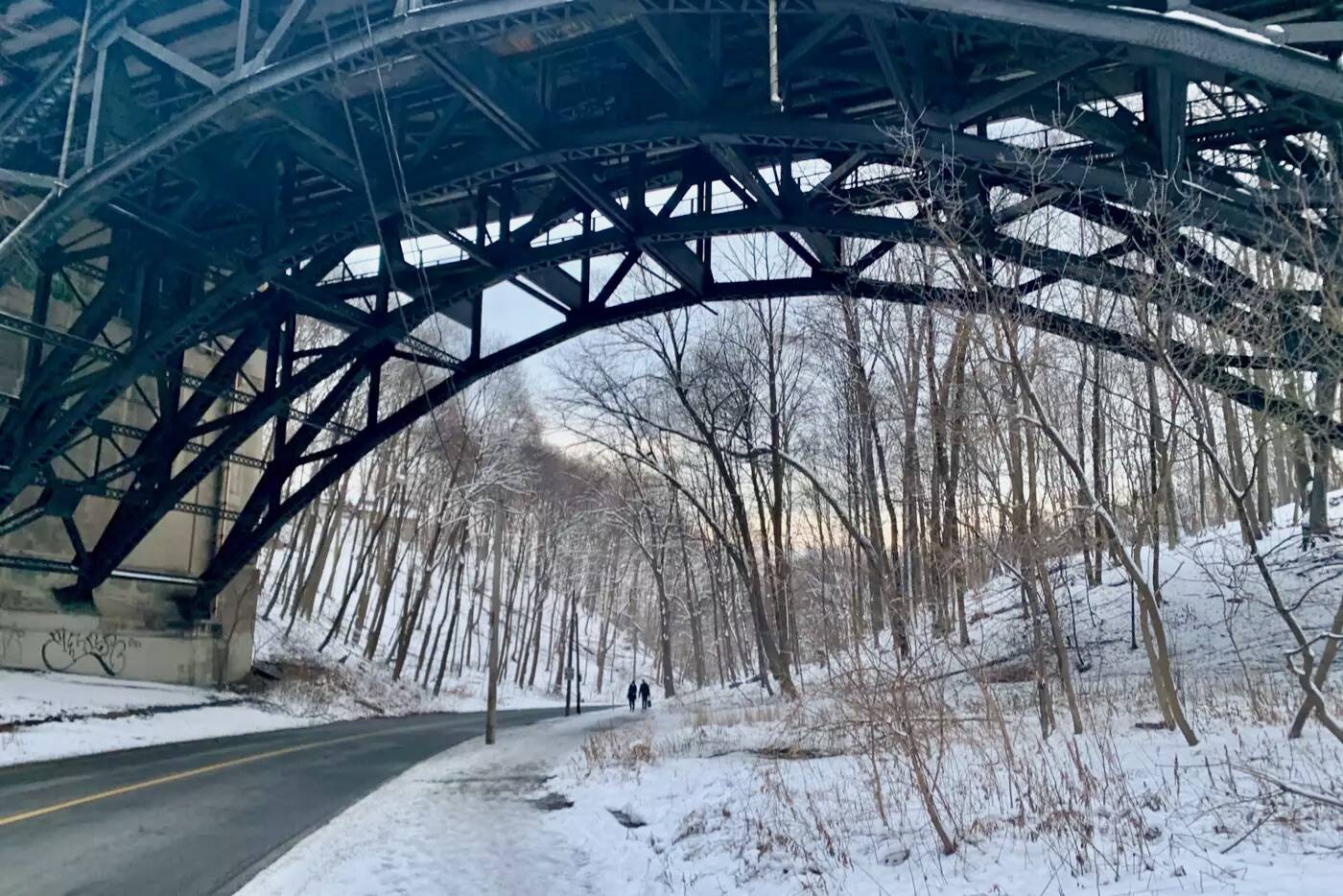 Construction of the viaduct started in 1915 and it was fully opened for traffic in 1919.

The covered Rosedale Valley Bridge situated pretty well parallel to the viaduct was built to carry the subway trains after it was realized that the lower deck of the Viaduct wouldn't be usable for the trains. 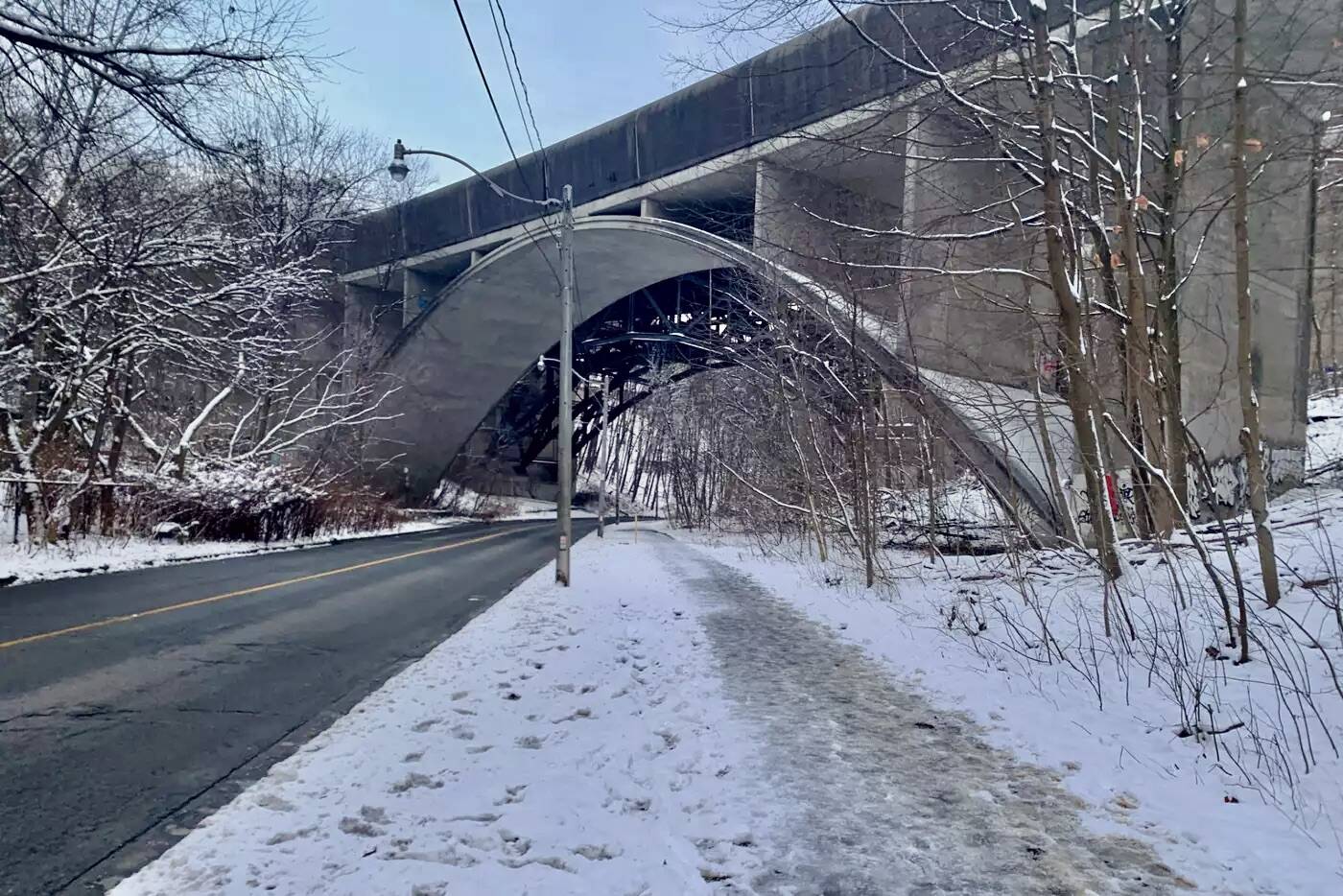 The concrete bridge trains from line two of the subway across the ravine.

Once you reach Bayview Avenue, there's a tall ascending staircase up to Wellesley Park, situated just north of Riverdale Park. 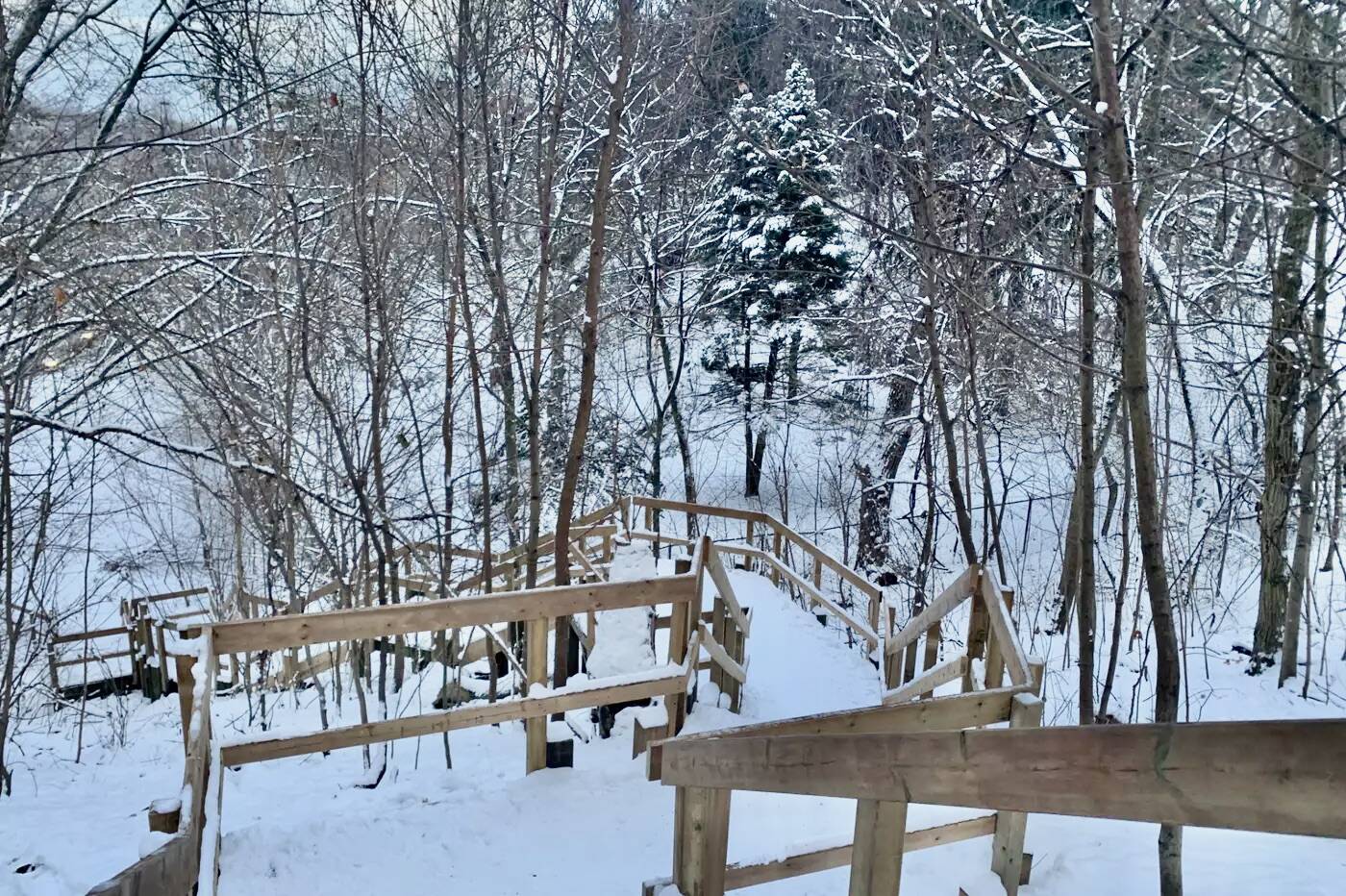