A Toronto man was surprised to find a photo of himself in a recent blogTO video about Children's Village in Ontario Place.

Roger Webb said he was scrolling through social media one day when one photo caught his eye.

"I thought, that's strange, so I went back and then went 'oh my God that's me,'" Webb told blogTO.

The photo brought back fond memories. "I was thrilled," Webb said.

Webb, now 55 years old, believes he is the boy on the left with white shorts and no shirt. The photo is in the Toronto Archives from a file labelled "Ontario Place – people and playland, 1980 to 1984", but Webb thinks it was taken in the 1970s. 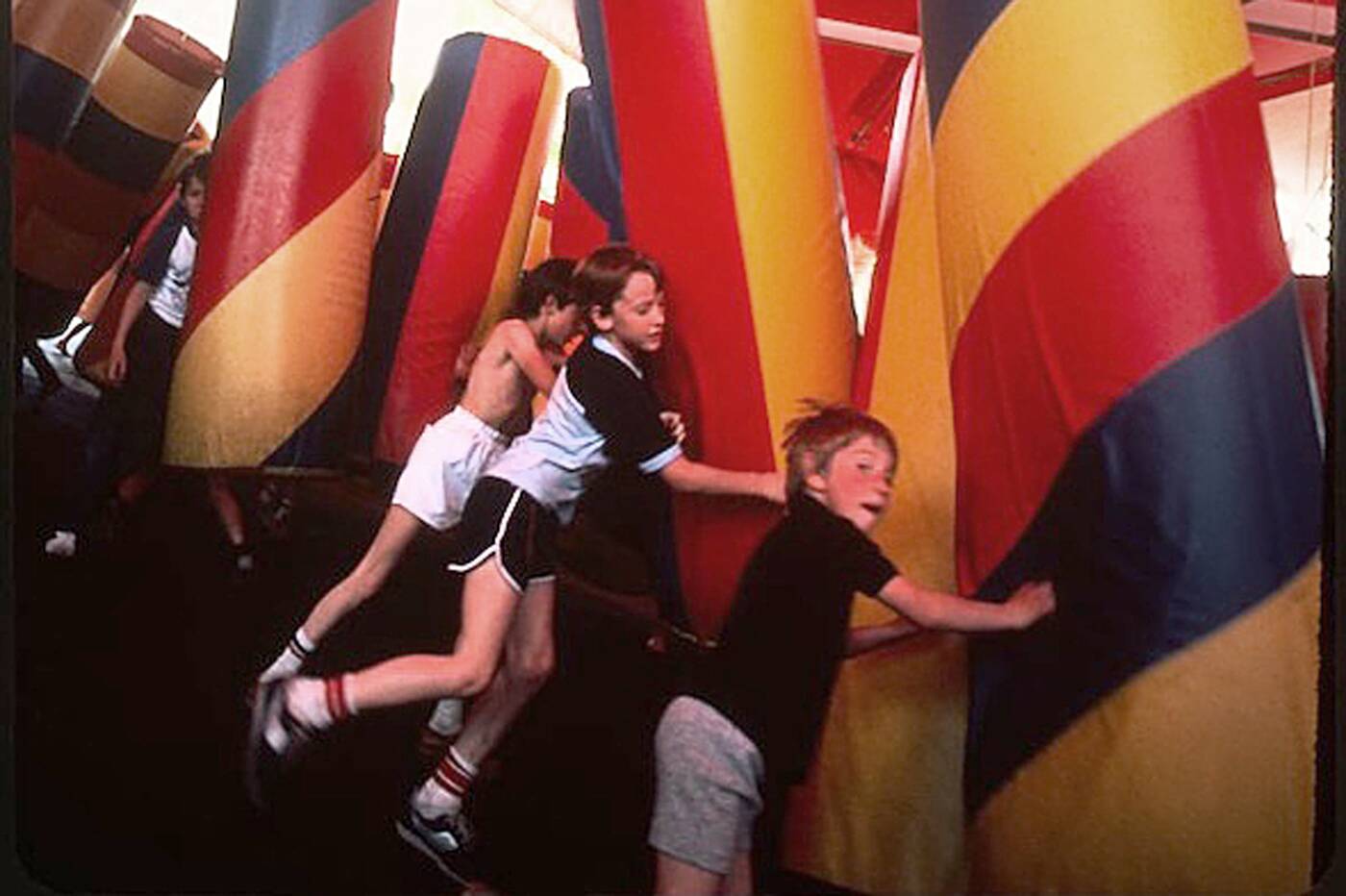 Toronto resident Roger Webb believes he is the boy on the left, with no shirt on, in this Toronto Archives photo of the punching bag forest in Children's Village.

He showed the photo to his brother and sister and they both agreed it was him.

He doesn't remember the day it was taken or the boys he standing next to but remembers the white shorts, athletic socks and the fun times he had in Children's Village.

"I have fantastic memories of Children's Village," he said.

His favourite activity was the punching bag forest.

"You could run through and bang these things…and you could hide in there and terrorize people."

He recalls grabbing the bags and letting them go to hit other kids as they ran by.

"It was great fun," he said, adding, "I don't think I ever came home without a scratch on me. Every time we left there elbows and knees were scraped up."

This amusement park was once the most fun place in Toronto 😱 #Toronto #TorontoHistory pic.twitter.com/Gsgl9f2Zpt

Webb and his younger brother would go to Children's Village once or twice a week. Webb's mother, now 95 years old, was an older mom and didn't have the energy of younger parents.

"Ontario Place Children's Village for her, was a dream come true…she would sit on the hill and read her book and relax," he said.

In those days, parents often let their kids run free without worrying as much as they do today.

Children's Village was replaced by junior midway rides in 2002. Then in 2012, Ontario Place closed for redevelopment. Park attendance had been gradually falling since a peak of 2.5 million guests in 1971, the year Ontario Place opened.

Webb wishes children had similar places for play today, as he says the freedom to explore increased his self-confidence.