The sidewalks are narrow at points, there are no bike lanes, and the public realm is quite "bleh." Save for construction scaffolding and a smattering of bike rings, there's little streetscaping at all along Yonge Street throughout the downtown core.

Revamping the major arterial route is something city officials have been discussing and working on for years under the project name YongeTOmorrow.

After narrowing down several potential concepts to transform Yonge Street between Queen Street and College/Carlton Street, the city released its final "Recommended Design Concept" in September of 2020.

Since then, new renderings have emerged courtesy of Norm Li and CentreCourt, illustrating what Yonge Street might look like if the plan is executed as currently designed. 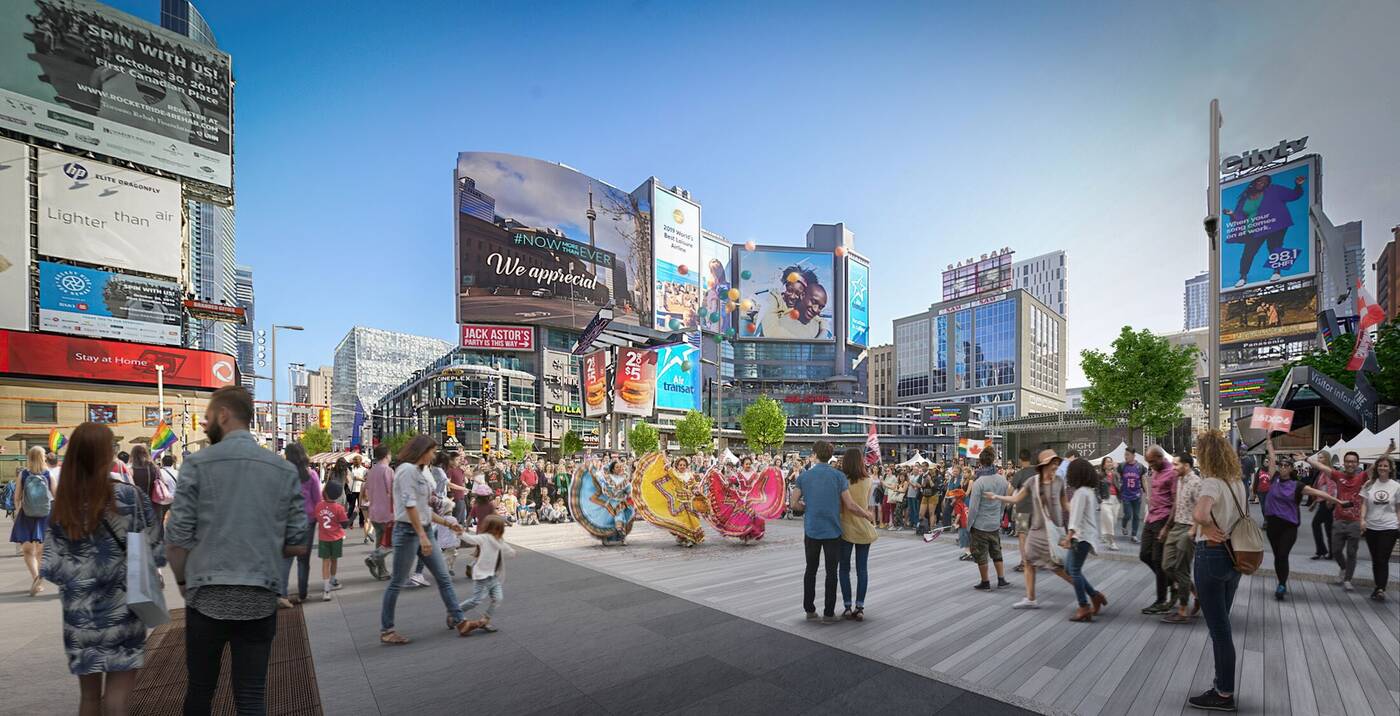 The YongeTOmorrow project proposes closing Yonge-Dundas Square off to car traffic for use by pedestrians during the day. Image by Norm Li/CentreCourt.

As of right now, the plan is to add pedestrian priority zones along Yonge between 6 a.m. and 1 a.m. every day. Car access will be restricted in these zones between Walton and Elm Streets, and from Edward Street to Dundas Square.

One-way driving access would also be enforced along Yonge from Gerrard Street to Walton Street, and Elm Street to Edward Street during the same hours. New "cycle tracks" would be added to Yonge between College/Carlton and Gerrard and the street would be driveable both ways for vehicles overnight.

Nothing is set in stone — the recommendedd design concept and an environmental assessment report will go before the city's Infrastructure and Environment Committee for review in January.

People have responded well to the idea of installing bike lanes along Yonge Street in recent months, however, as well as for the proposed "curbside activity zones" and "furnishing zones" with seating and plants. 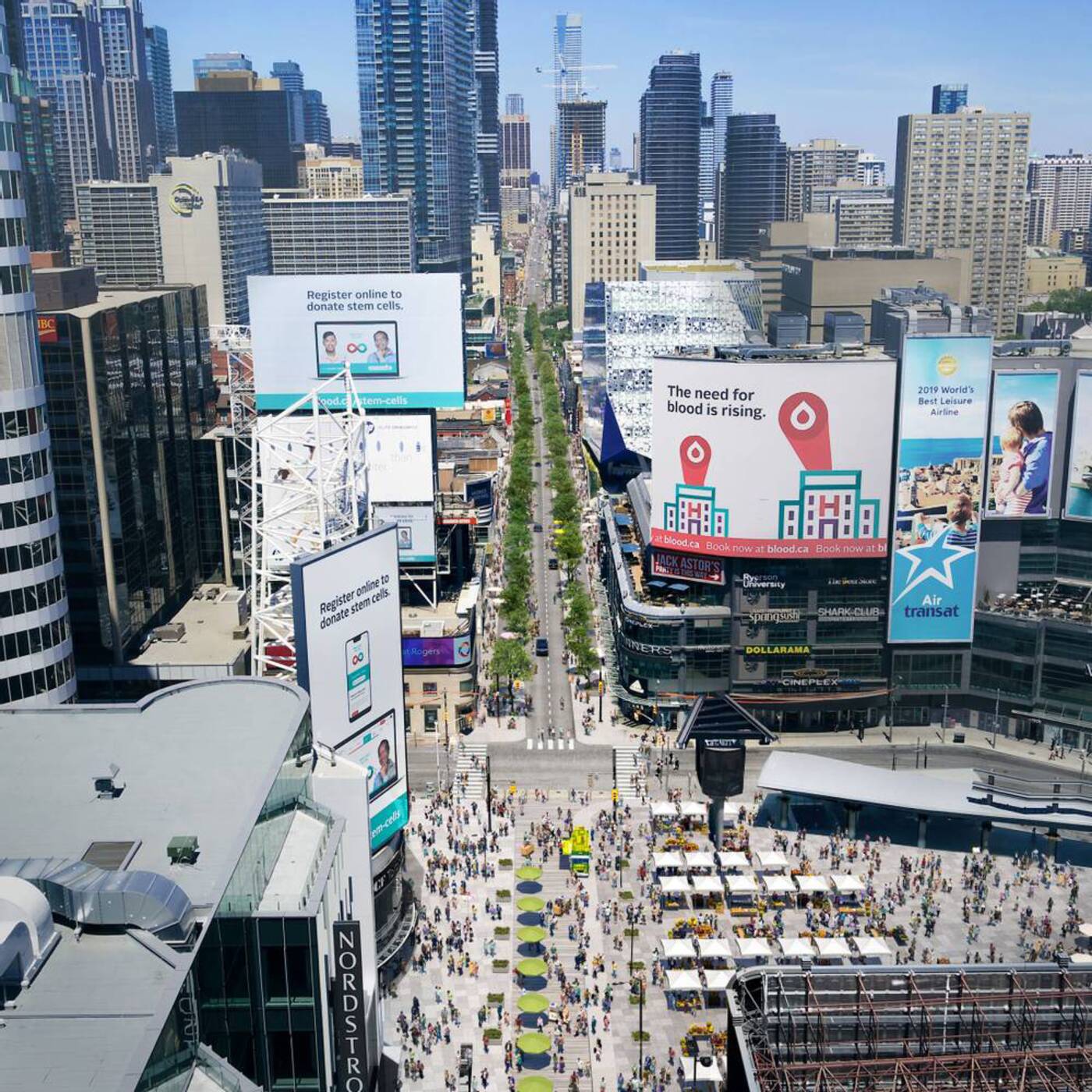 Toronto's iconic Yonge Street has plenty of history behind it, as well as a fast-erroding watermain beneath it. Image via Norm Li/CentreCourt.

"Today, Downtown Yonge Street is booming with development and high volumes of pedestrian activity," writes the city of why (or at least one reason why) it will be changing the strip.

"The City of Toronto is now recommending ways to increase pedestrian space and improve the way people move through and experience Yonge Street between College/Carlton Street and Queen Street."

Something you may not know about Yonge Street, and that has surely played a role in pushing this project forward, is the fact that a huge watermain beneath the major road "will soon need replacing."

If they have to rip up Yonge Street anyway, they might as well resdesign it with modern city life in mind.

"No city street has been the subject of more visions and revisions (and mistakes) than the central spine that connects the east and west ends of Toronto," writes CentreCourt of the project.

"The advent of the global pandemic has created a unique moment to reimagine this buried urban jewel to strike a more sophisticated balance between public realm, transportation, and spatial equity in order to create a more dynamic and inclusive urban environment for everybody."