An unknown man was spotted enjoying the unseasonably mild December weather by taking a dip in Lake Ontario earlier this month.

Photographer Dave Hayden just happened to be walking by when he saw the man at Colonel Samuel Smith Park on December 5. He said he was looking out into the skyline as he waded out into the water.

"I'm guessing he just wanted to go for a swim on a sunny day," he told blogTO.

According to The Weather Network, December 5th saw a high of only 3 degrees, so it wasn't exactly warm. Hayden also said he had checked the water temperature on his phone and remembered it being 5 or 6 degrees.

Either way, the man was hardly the first to enjoy a swim in Lake Ontario this year, albeit a little later in the season than most.

Hayden said he noticed that this year's warmer-than-normal fall weather incited people to enjoy the lake later into the year. He often saw kiteboarders and swimmers leading up to the winter months. 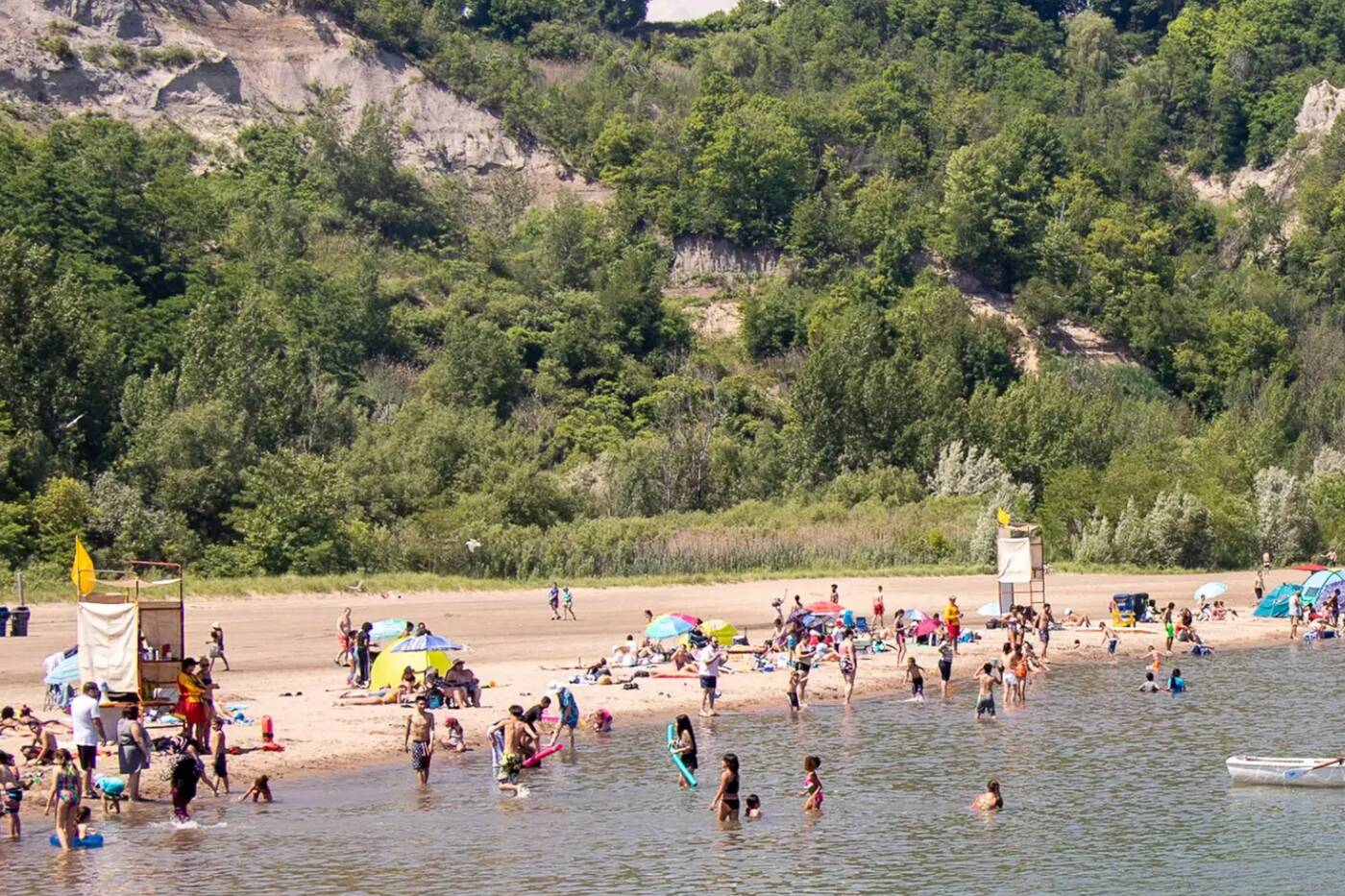 People flocked to Toronto's beaches this summer as the pandemic forced them outdoors. Photo by Ron Quitoriano.

The past summer also saw a spike in beach-goers as people flocked to the water as the pandemic forced everyone outdoors. This sparked the ongoing discussion of whether it is safe to swim in Lake Ontario.

While the City of Toronto provides updates on Lake Ontario's water quality at Toronto beaches, reporting is only done from June through September.

If you don't fancy a dip, Colonel Samuel Smith Park also features a skating trail for those who prefer not to be in a bathing suit in such cold weather.