Toronto had a decidedly different character 165 years ago. The fledgling city was a town of only 40,000 people, most of them hailing from Ireland, England, and Scotland.

Toronto was a rough city underneath its quaint, bucolic exterior: the city was home to over 100 taverns and many houses of ill repute. It was in Mary Ann Armstrong’s brothel that a rather odd scene played out that would spur the development of the Toronto Police Service. 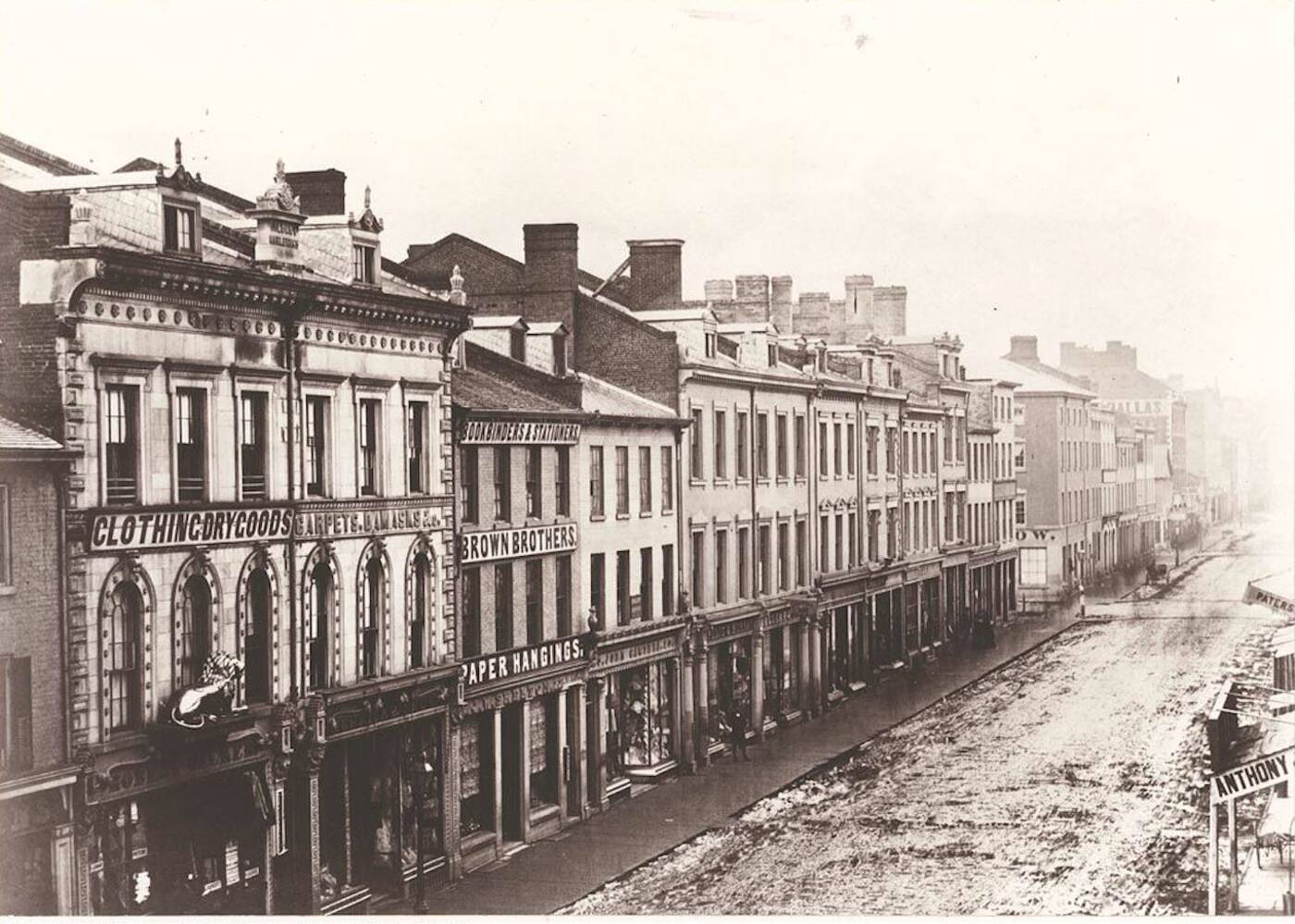 A view of King Street in the 1850s. Courtesy City of Toronto Archives.

Tensions build on King and Jarvis

Mary Ann Armstrong’s brothel, located at King and Jarvis, was frequented by the Hook and Ladder Firefighting Company. The city had no established public-run fire department in 1855, relying instead upon independent companies to put out fires.

Occasionally, instead of fighting fires, any rival companies that came to put out a fire would break out in fisticuffs and brawls. In fact, the members of the Hook and Ladder Company were known to have been particularly rough around the edges. They were also members of the Orange Order, a Protestant fraternal organization. 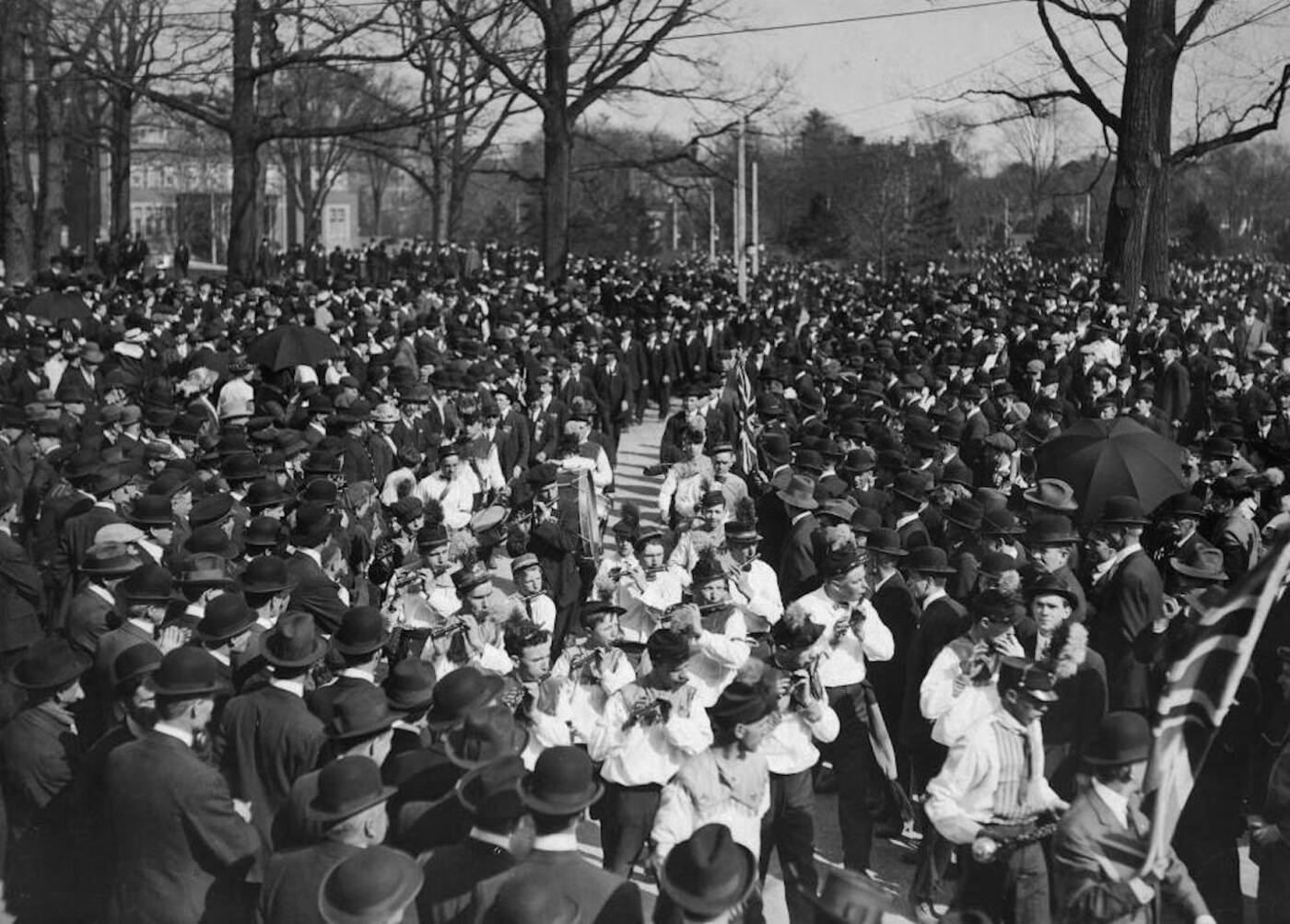 During the 1800s, members of the Orange Order were known to wreak havoc on Toronto’s streets by engaging in sectarian violence with the local Irish Catholic population. It's worth noting that the Orange Order had a strong influence over politics, with mayors, councilmen, aldermen, local police, and firefighters belonging to the organization.

The men of the Hook and Ladder Firefighting company were enjoying their night when their evening was interrupted by members of a visiting circus.

The clowns from the visiting American S.B. Howes’ Star Troupe Menagerie and Circus had been entertaining Torontonians for the past few days, and the clowns were eager to enjoy some of Toronto’s nightlife. 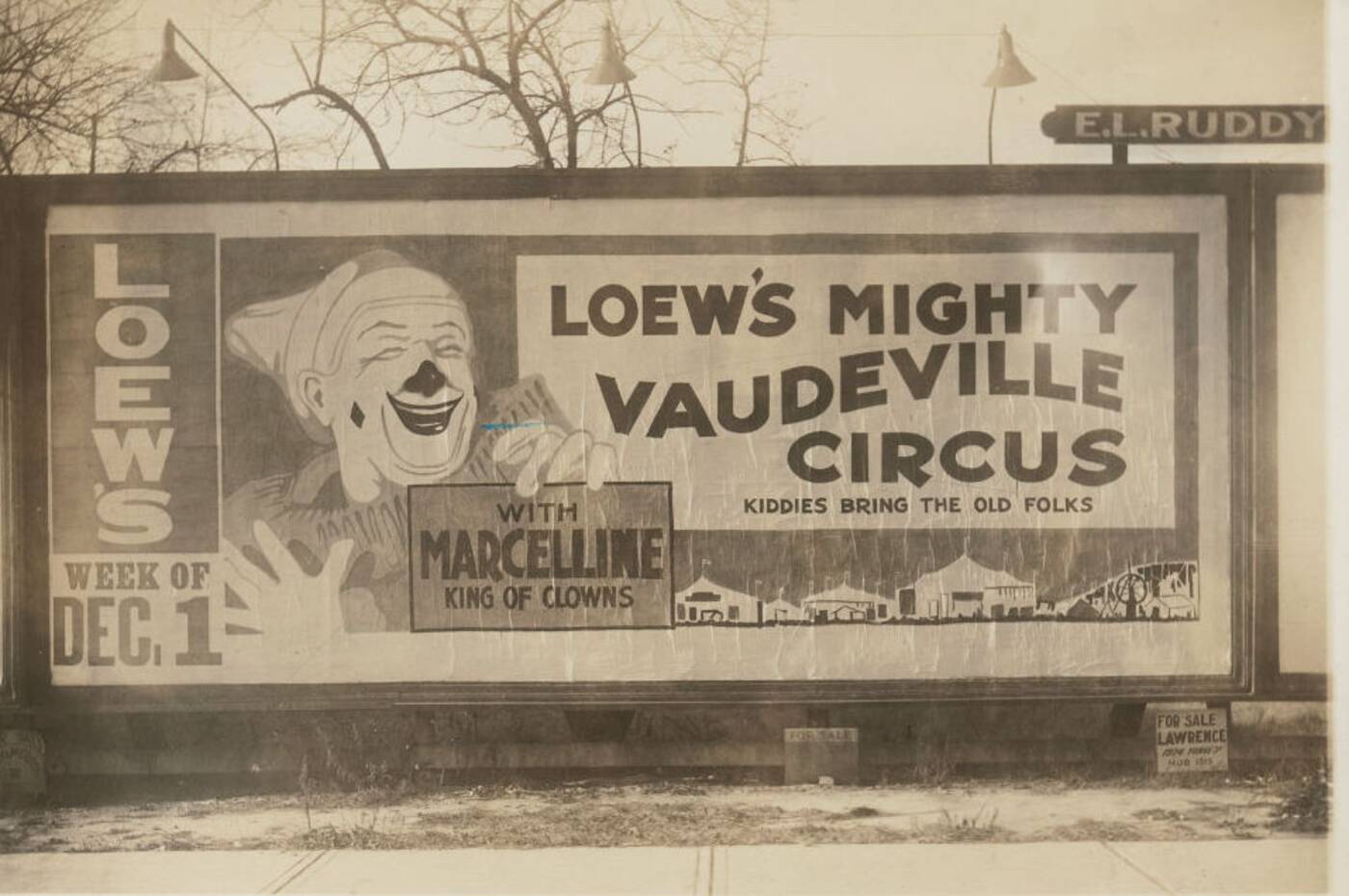 An ad for a circus on a Toronto billboard in the 1920s. Courtesy City of Toronto Archives.

No one is exactly sure what was said, but a brawl broke out between the firefighters and the clowns. A few of the firefighters were seriously injured in the fight and were taken to the back rooms of the brothel to recuperate. The clowns, having gained the upper hand, enjoyed the rest of their night at the brothel.

When news got around that the Hook and Ladder Company firefighters had been beaten in a brawl, members of the Orange Order were incensed. The circus troupe had pitched their tents on the Fair Green, a former grassy field near St. Lawrence Market.

Members of the Orange Order began to make their way down to the market area, encouraging shopkeepers and market vendors to clear out. 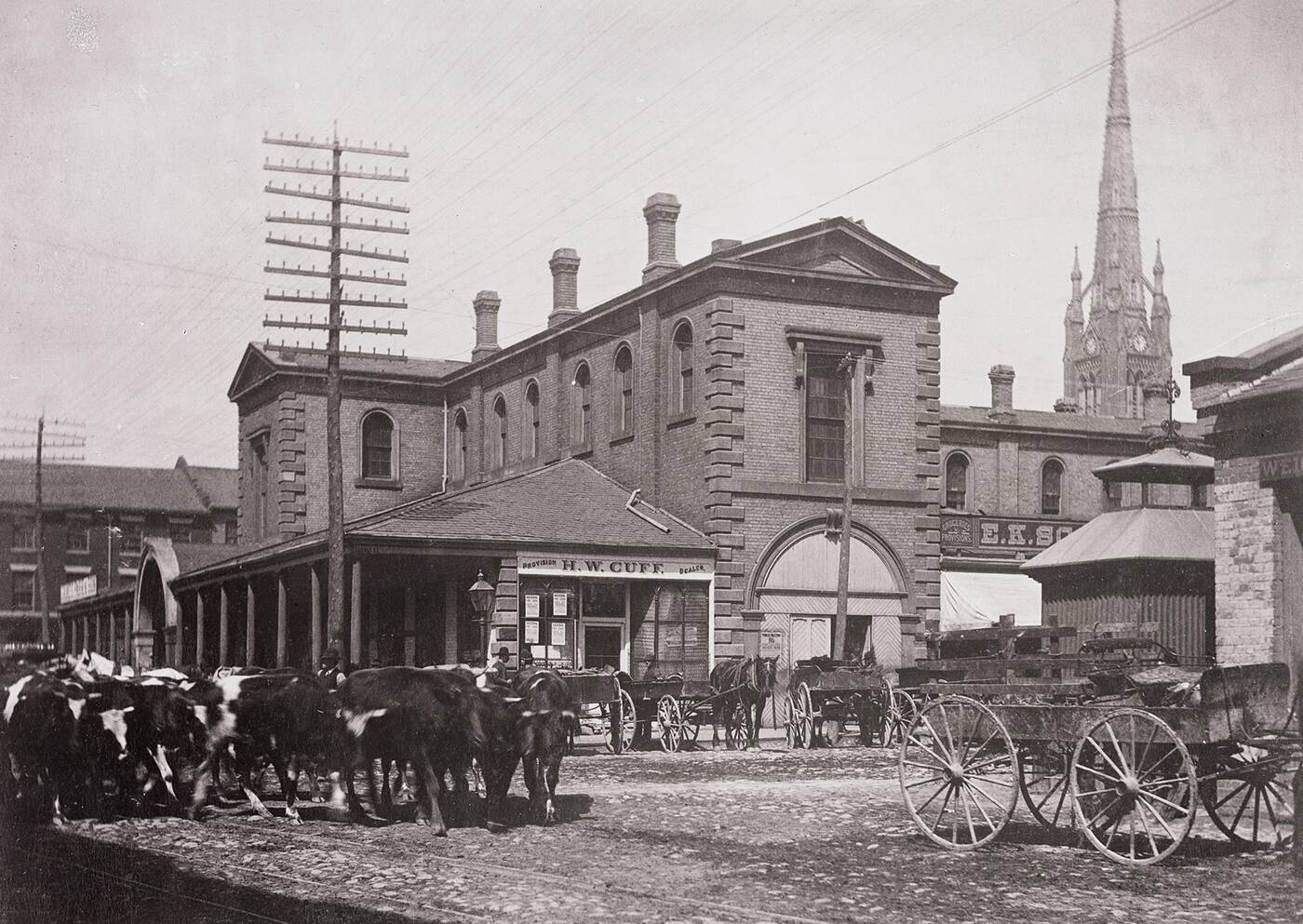 A view of St. Lawrence Market in 1888. Courtesy City of Toronto Archives.

Finally, the Hook and Ladder Firefighting Company members arrived, taking to the ensuing brawl with axes, pikes, and clubs.

The police, who were mostly Orangemen themselves or had been appointed to their positions by members of the Orange Order, simply stood around and watched the frenzied brawl. The Orangemen had been maligned so it was only fitting that the circus performers received their comeuppance.

The violence was only quelled when the local militia was called in to stop the riot, with bayonets being drawn. Remarkably, only 17 people were arrested and the police, when they were questioned, seemed to conveniently forget about seeing their fellow Orangemen at the riot.

Toronto’s citizenry had had enough of this type of wholesale violence. The Orange Order had terrorized the largely Irish Catholic population in years previous, and it seemed that such violence would continue under current conditions.

John Beverley Robinson became the new mayor in 1856. Although Robinson was a member of the Orange Order (in fact, this tradition would continue until Nathan Phillips - Toronto’s first Jewish mayor - was elected in 1955), city council was quick to act, creating a separate committee to attend to police corruption.

Within three years of the 1855 riot, police officers and the chief of police were fired, and efforts began to create a non-political police force.

A weird incident in Toronto's History

This anecdotal event in Toronto’s history highlights the divisive nature of 19th century life. Perhaps one of the strangest events in Toronto's past, the 1855 Circus Riot managed to spark some change in how the city's government functioned.