Guild Park and Gardens at 201 Guildwood Parkway in Toronto is an idyllic escape from the hustle and bustle of the city. The grounds are carefully maintained, dotted with the remnants of Toronto’s past.

As Toronto grew and expanded, older buildings were demolished to make way for new ones. The Spencer Clark Collection of Historic Architecture was an endeavour by Guild owners Spencer and Rosa Heweston Clark to save fragments of buildings slated for demolition. 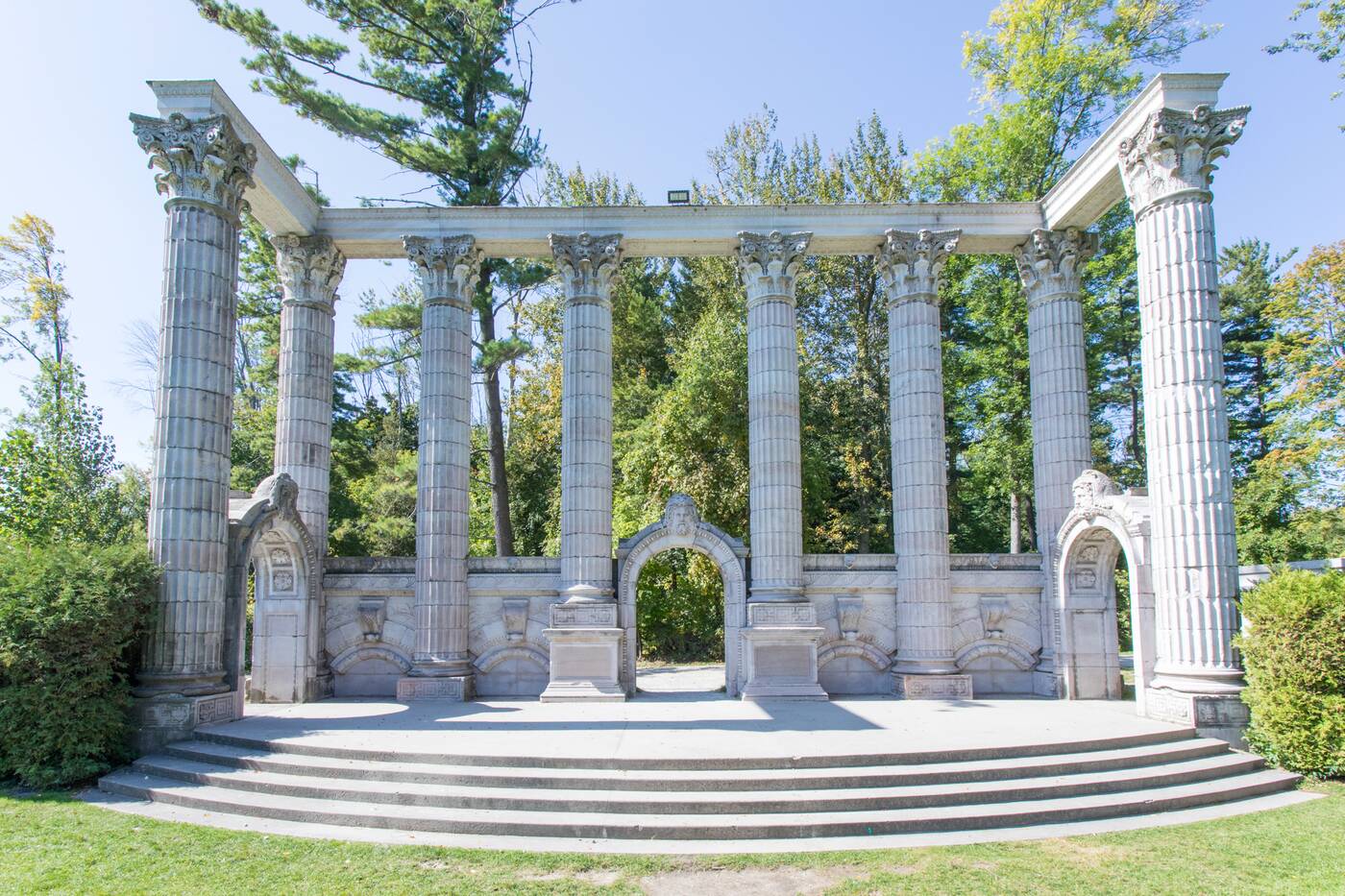 In the mid-twentieth century, many older buildings in downtown Toronto were being demolished to make room for newer high rises and office towers. The Clarks saw an opportunity to preserve buildings that might have otherwise been lost to time and memory. 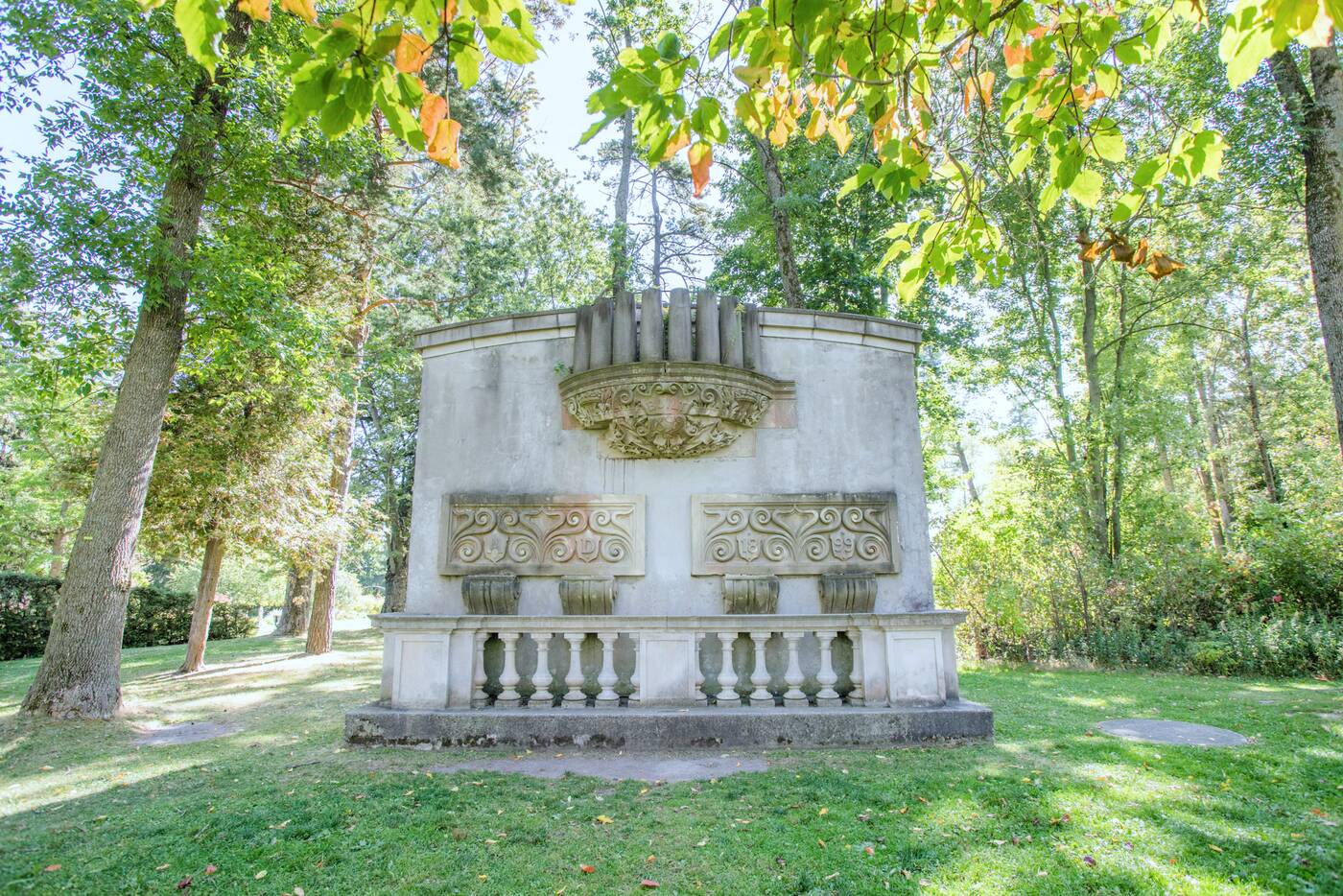 The Clarks became known as socially conscious heritage conservationists and their forty-year commitment to Toronto's historic buildings preserved the past for future generations. 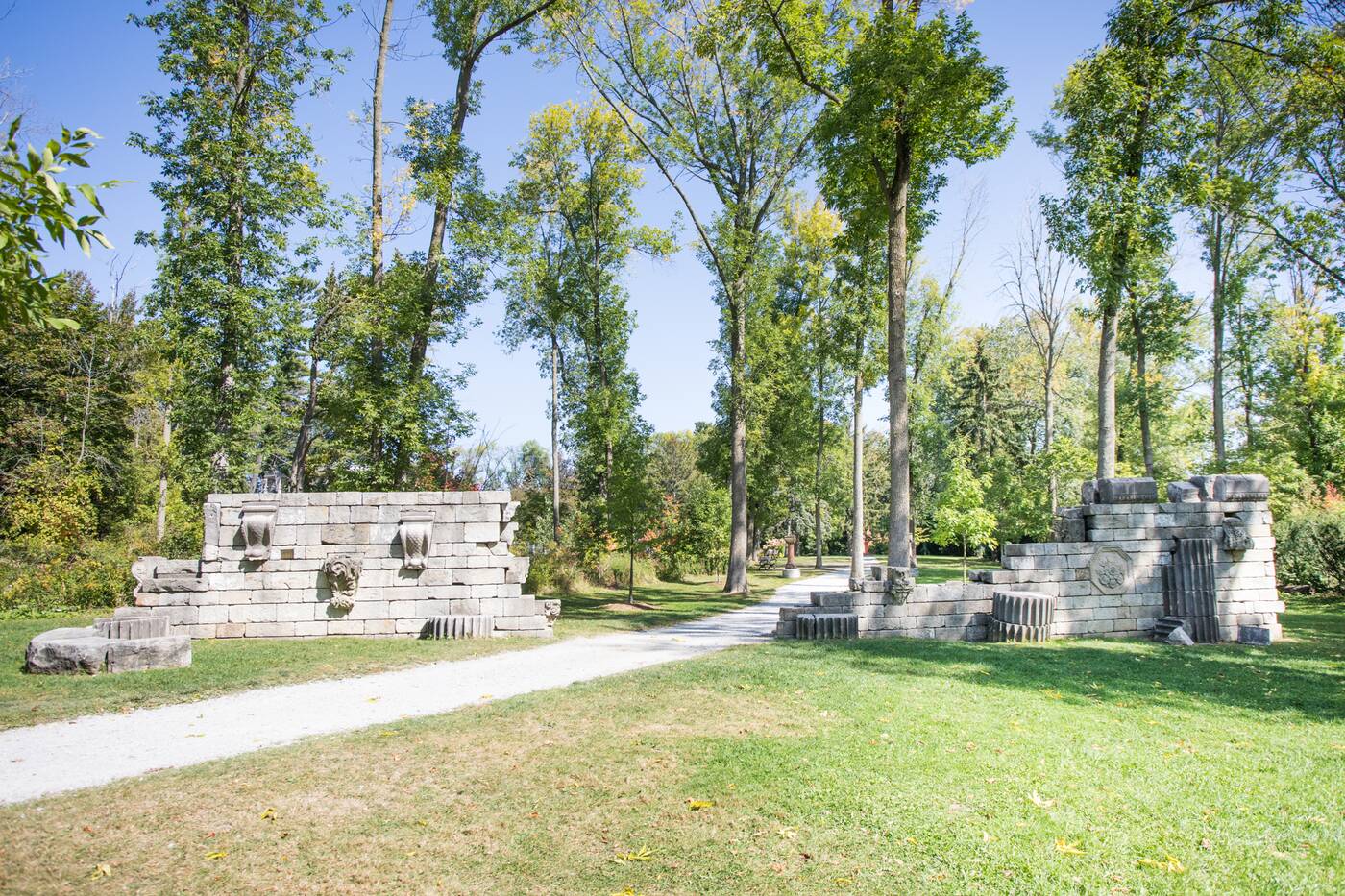 One of the Guild’s most well-loved structures, the Greek Theatre, was built from remnants of a Bank of Toronto building. 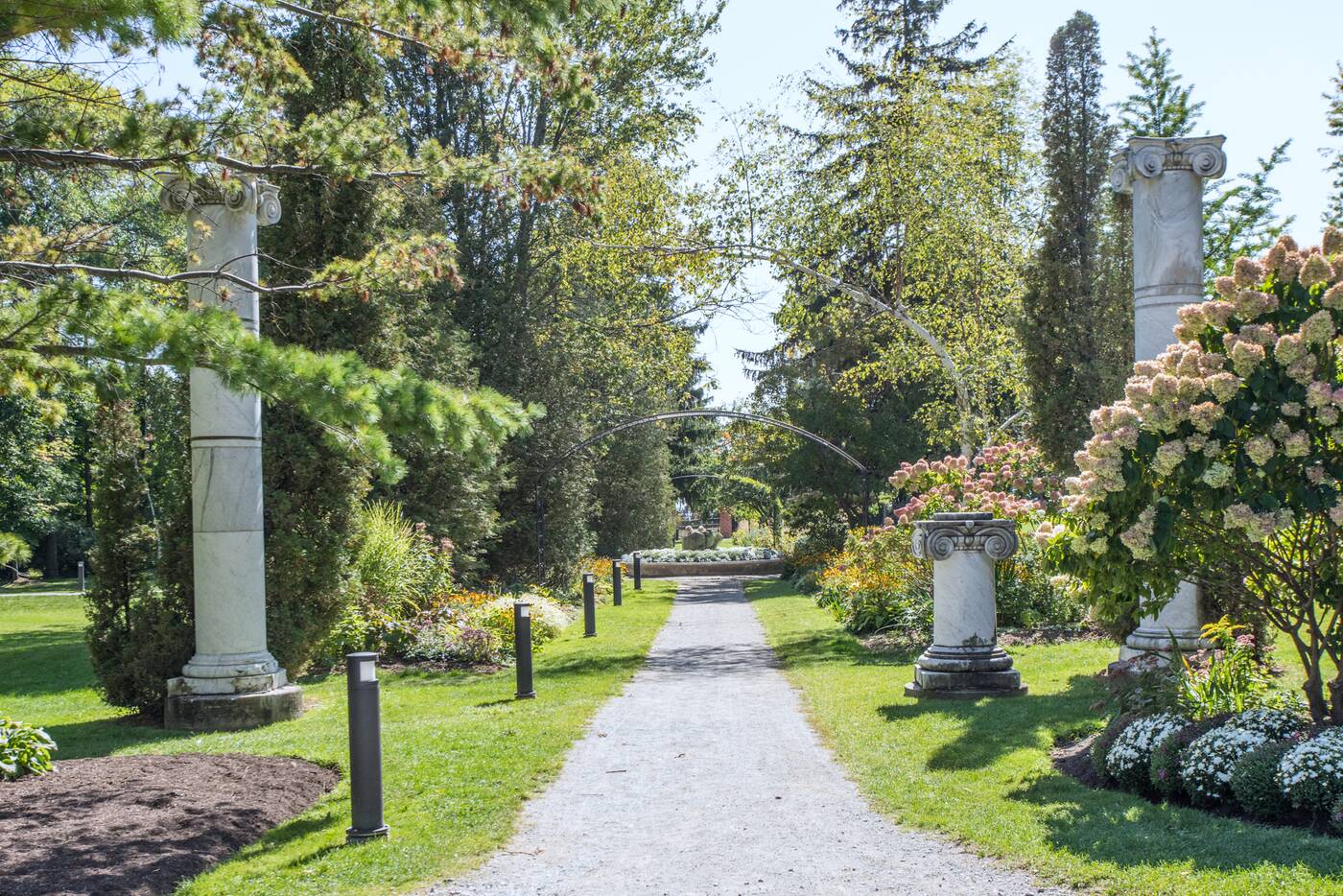 The Bank of Toronto was founded back in 1855 by grist mill owners, and the bank, throughout its almost one-hundred-year history, served farmers and merchants as its primary clientele. 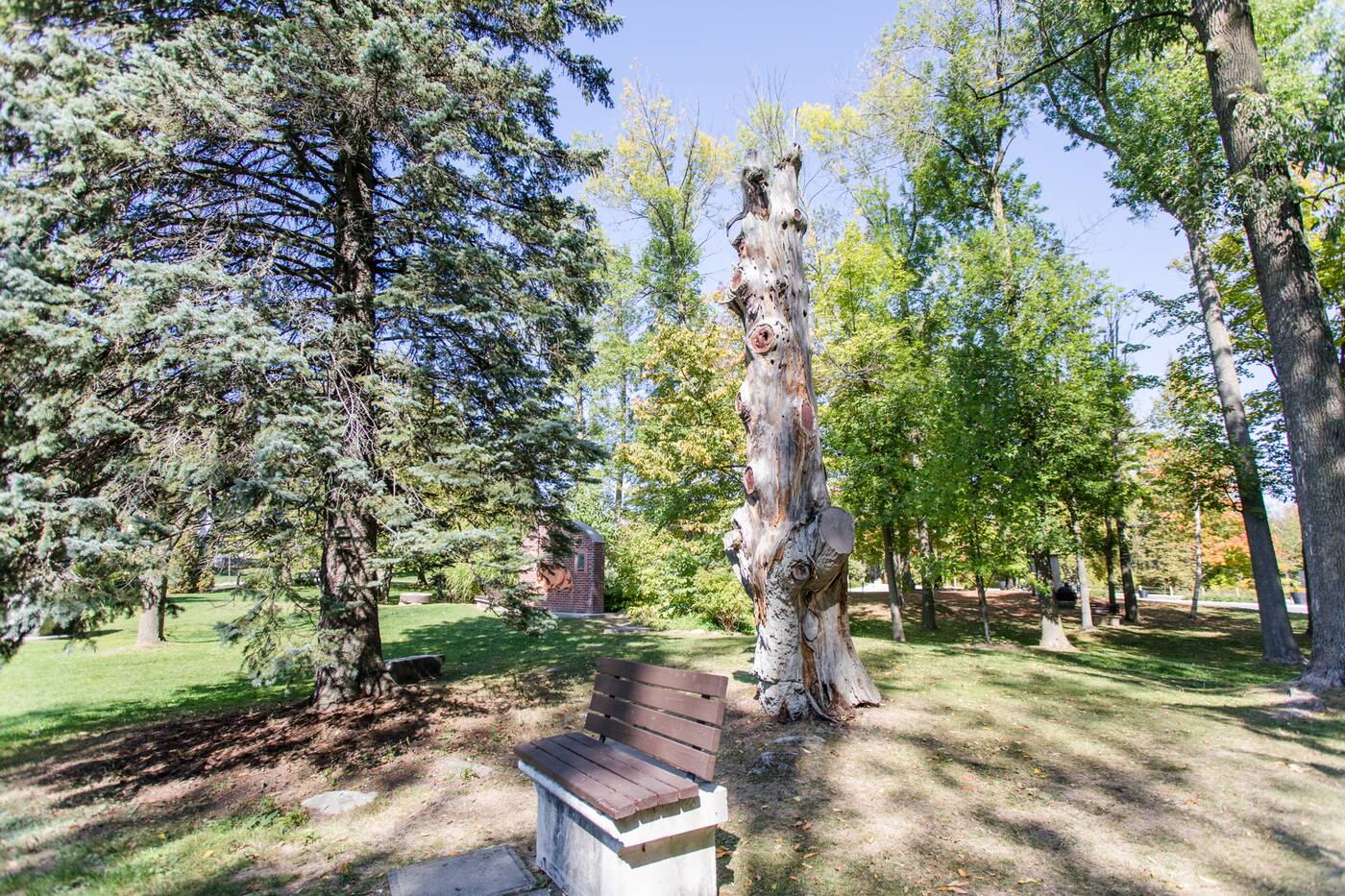 The Bank of Toronto merged in 1955 with the Toronto Dominion Bank, and the building itself was demolished in 1966. 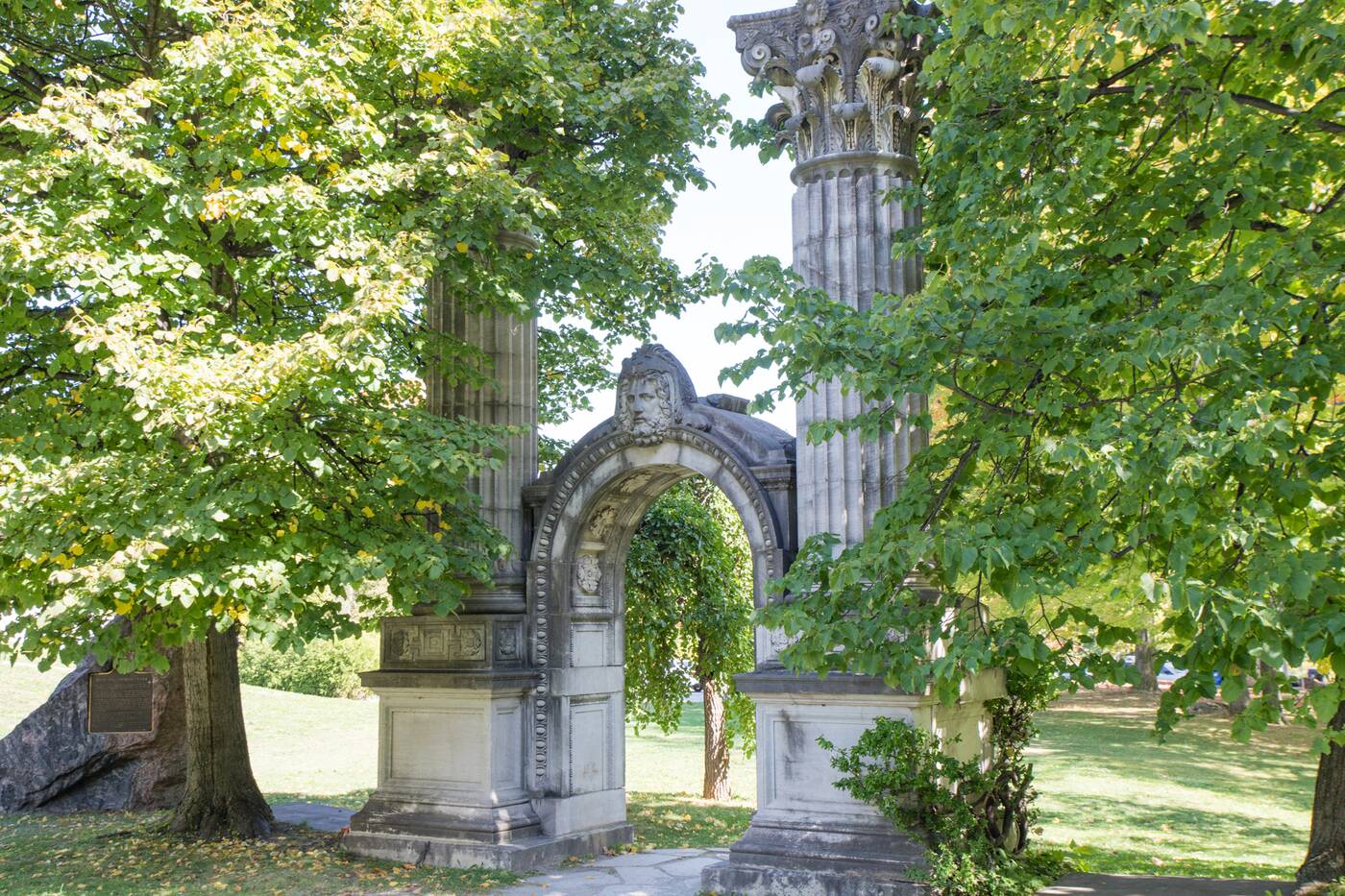 Spencer Clark seized upon the opportunity to restore a portion of the building’s facade, and hired architect Ron Thom to construct a theatre from the Corinthian columns and archways of the original structure. 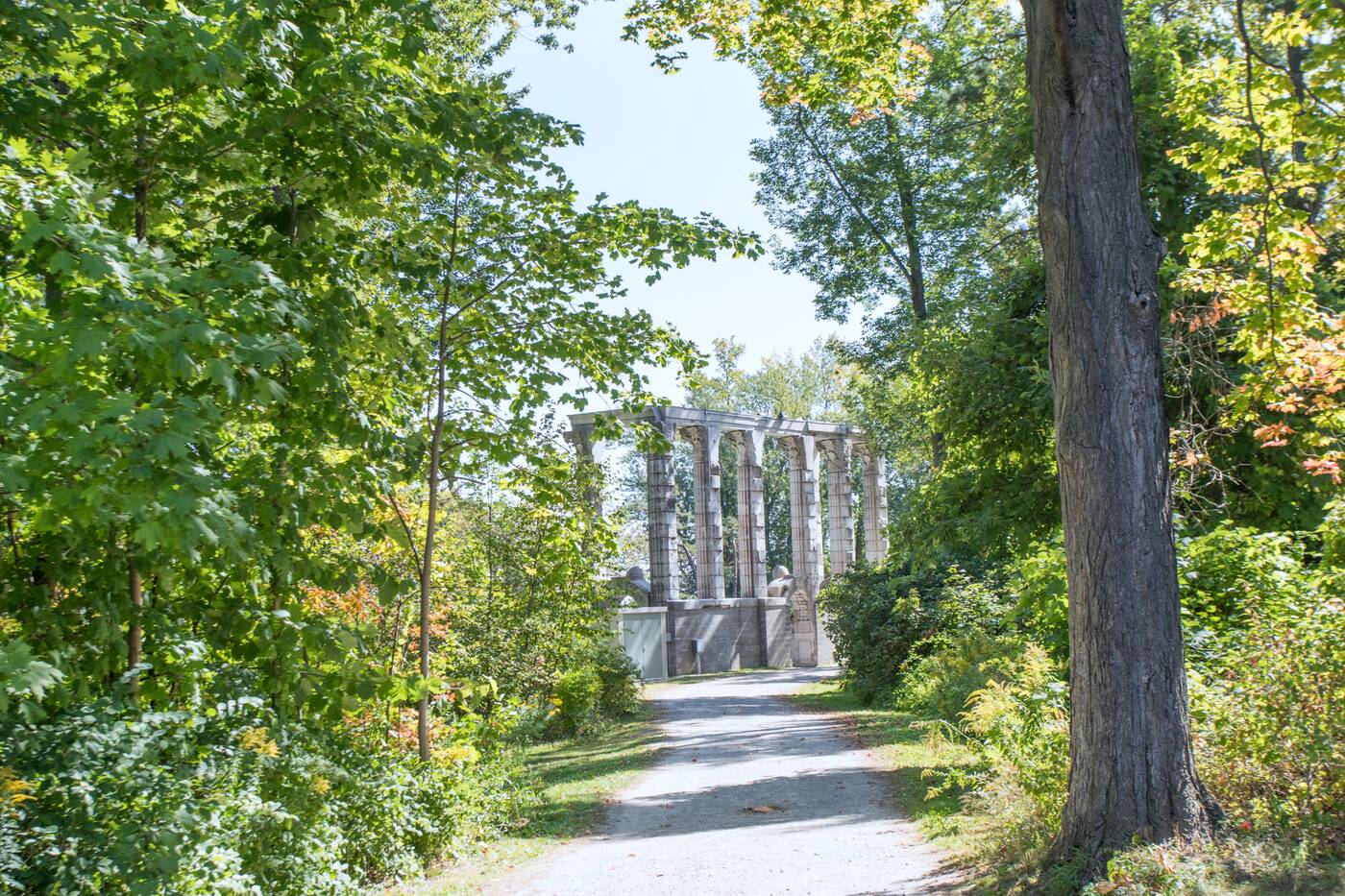 It has been used as an open-air theatre for a variety of productions since its construction in the 1980s. 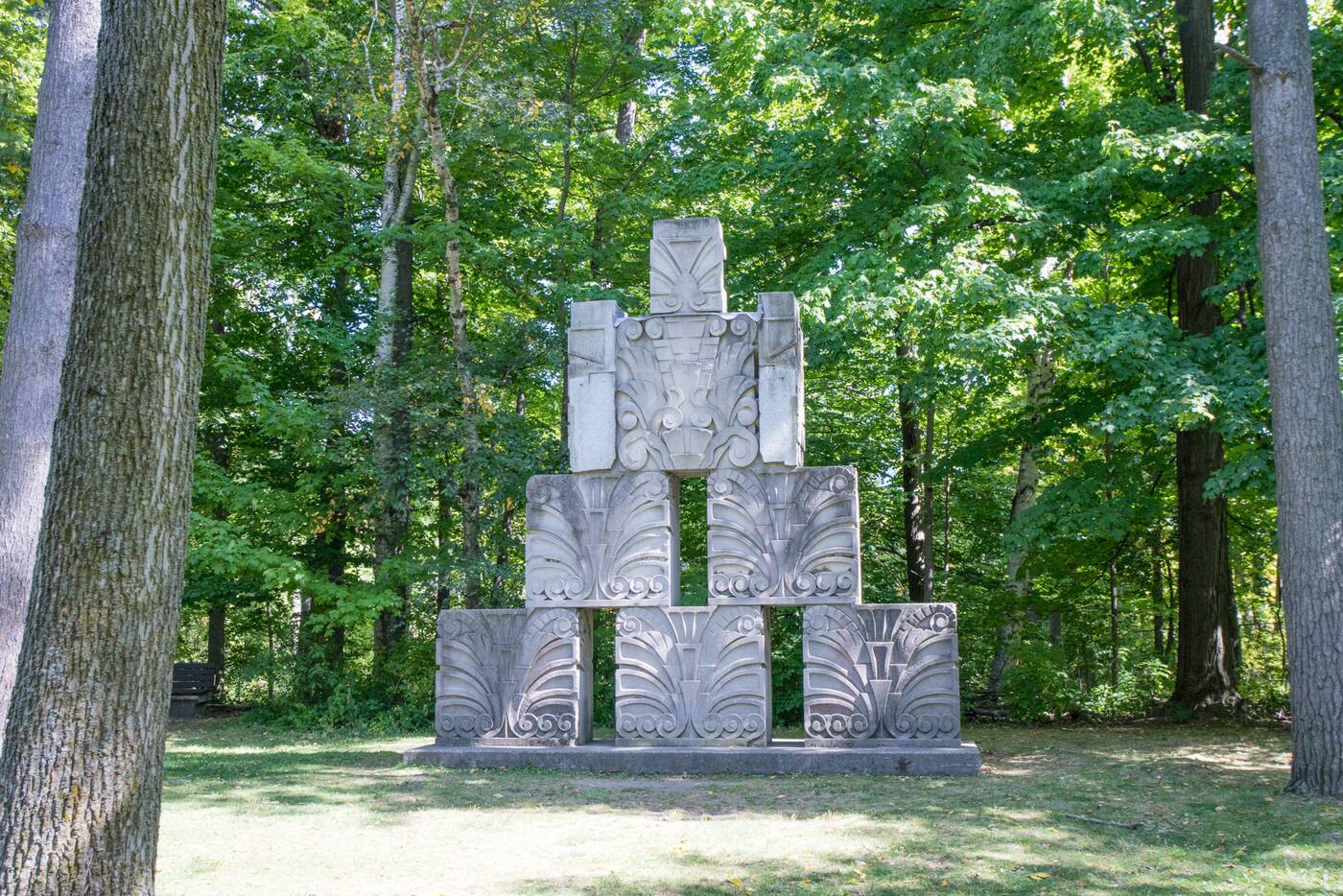 Other structures from Toronto’s past now make their home at the Guild Park. The Temple Building was the tallest building in the city at the time of its construction in 1896. Its twelve-story construction towered over the street corners of Bay and Richmond. 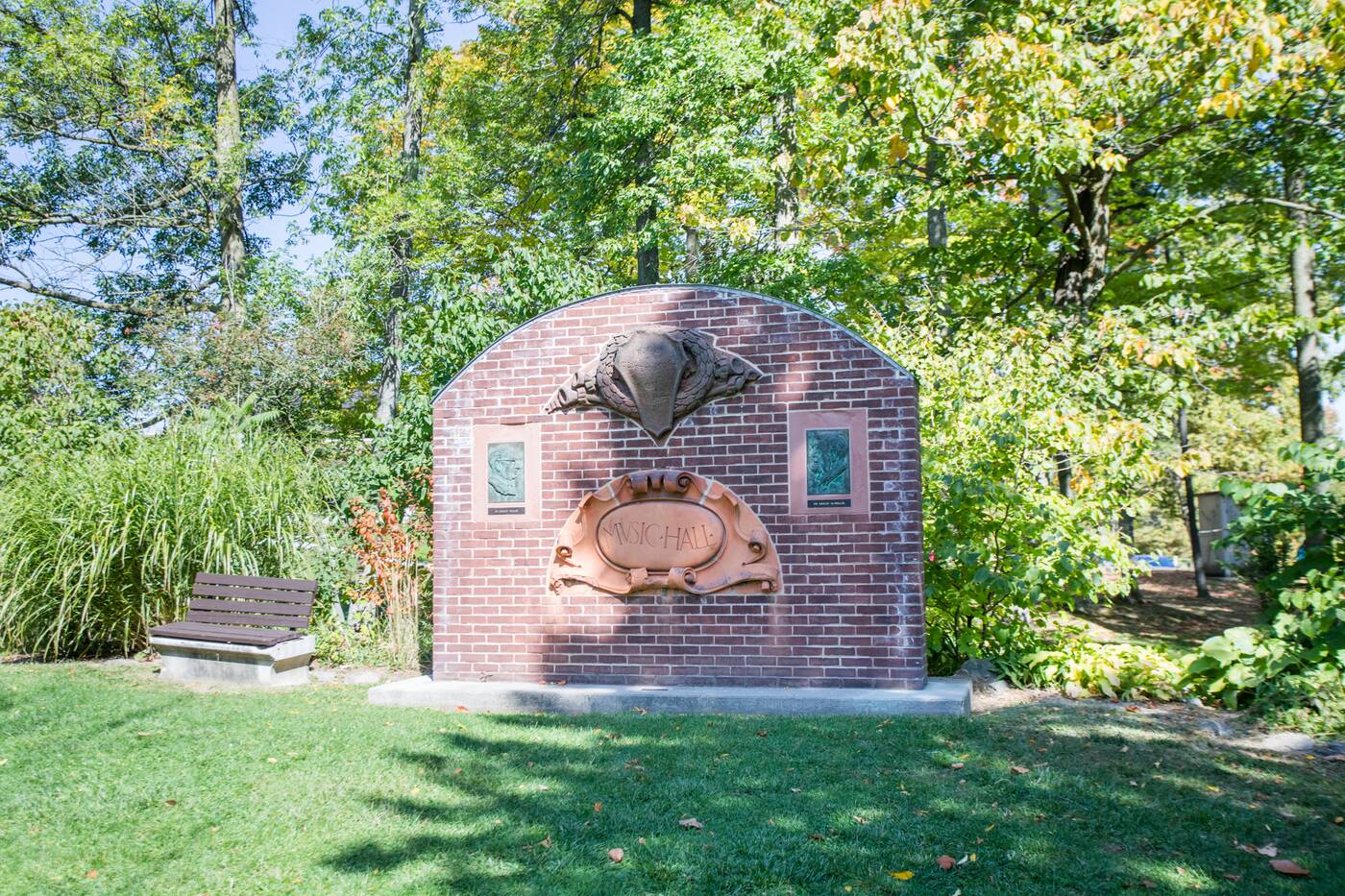 Once the home for the fraternal organization The Independent Order of Foresters, the building was demolished in 1970 to make way for the new Queen and Bay centre. 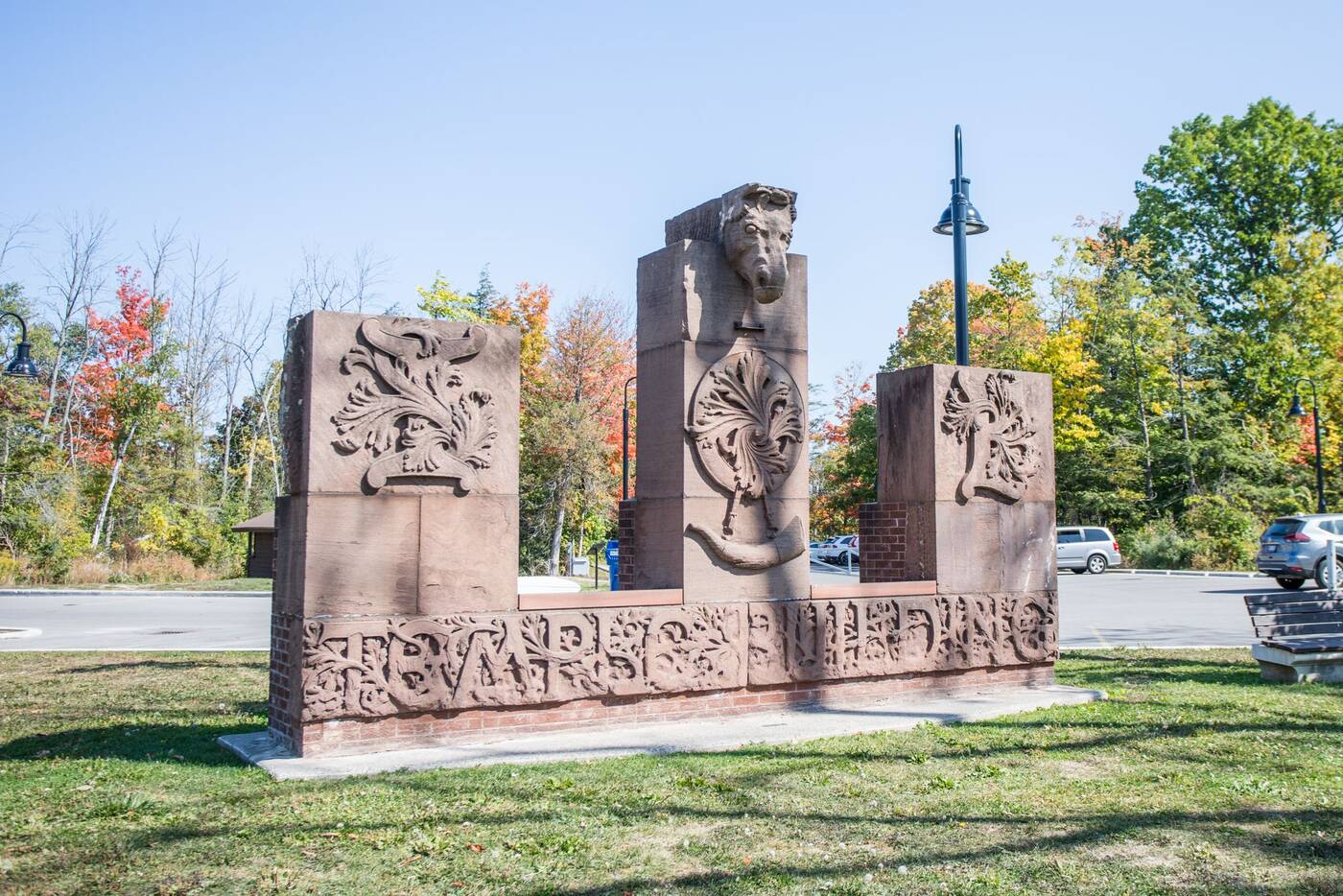 These gates pictured below are a composite of two buildings. The terracotta pinnacles are a remnant of the Produce Exchange building that stood at the corner of Scott and Colborne Streets near King Street West. 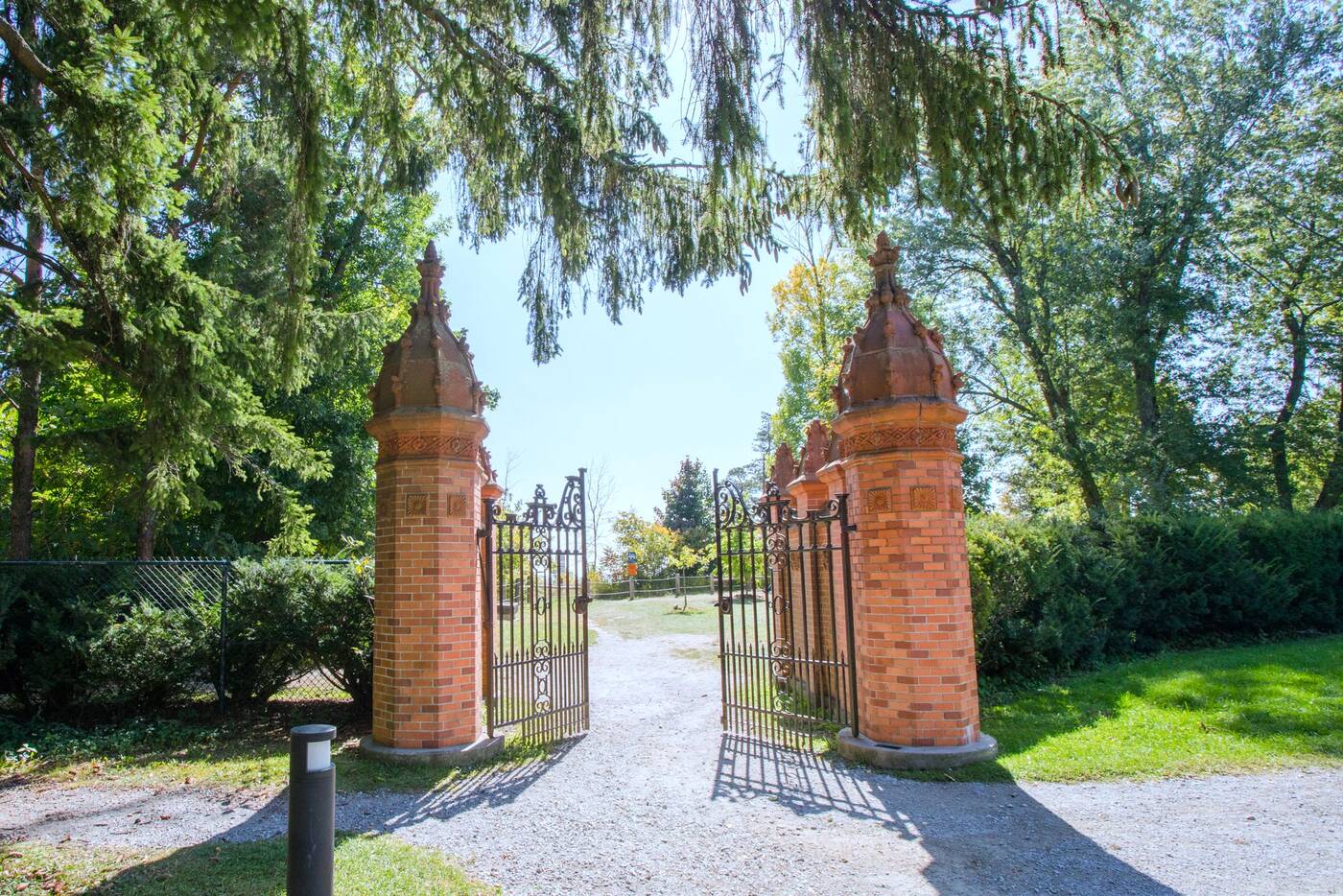 The pinnacles were saved when the building underwent extensive modernization in the 1950s. The gates themselves are taken from the Gibson House on 5 Dale Avenue in Rosedale (itself having since been torn down to make way for new condo developments). 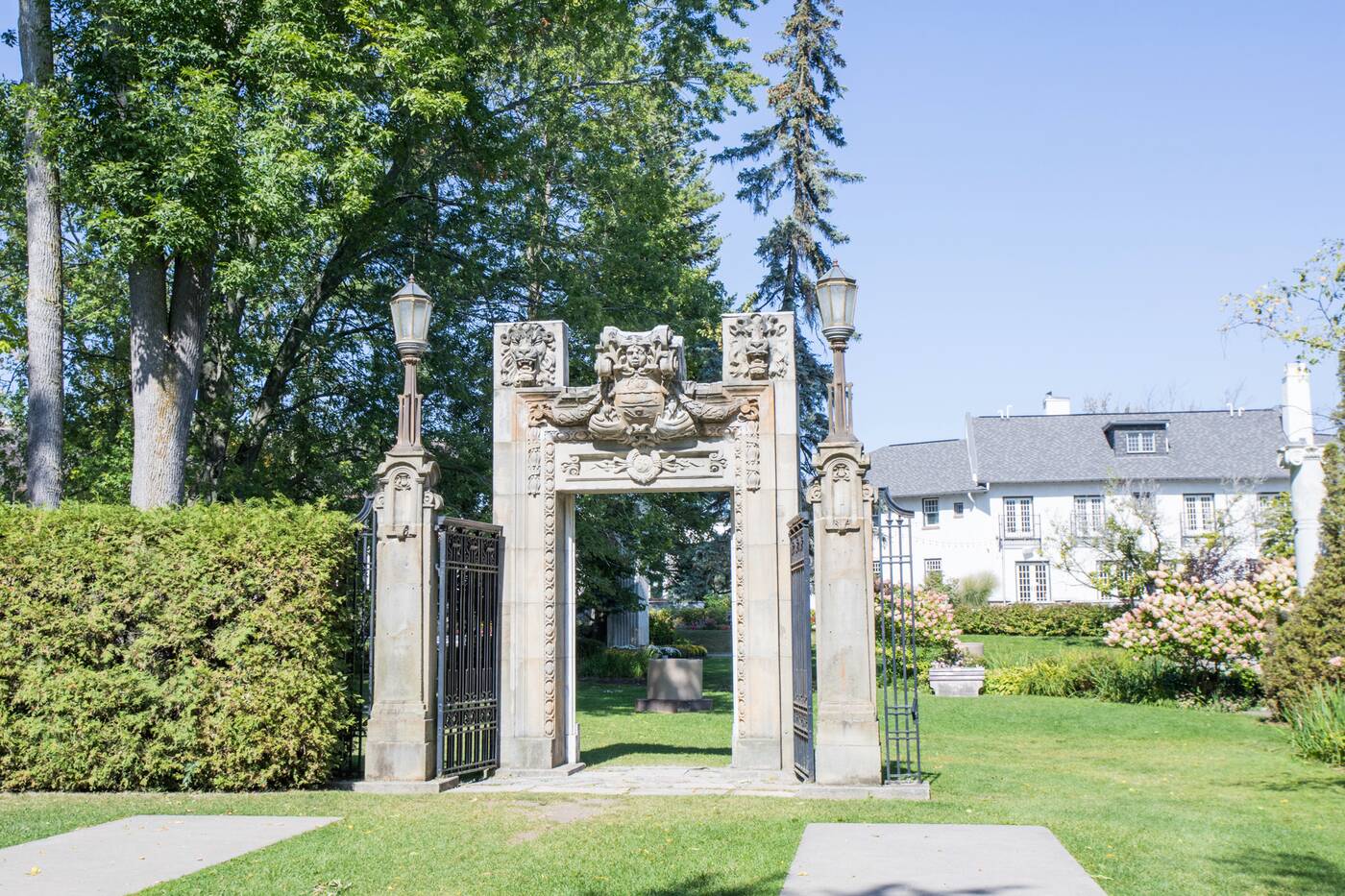 Noted Toronto architect Frank Darling worked on the Bank of Nova Scotia building at 39 King Street West, erected in 1903. It stood on that spot in the downtown for more than 50 years before finally being demolished in 1969. 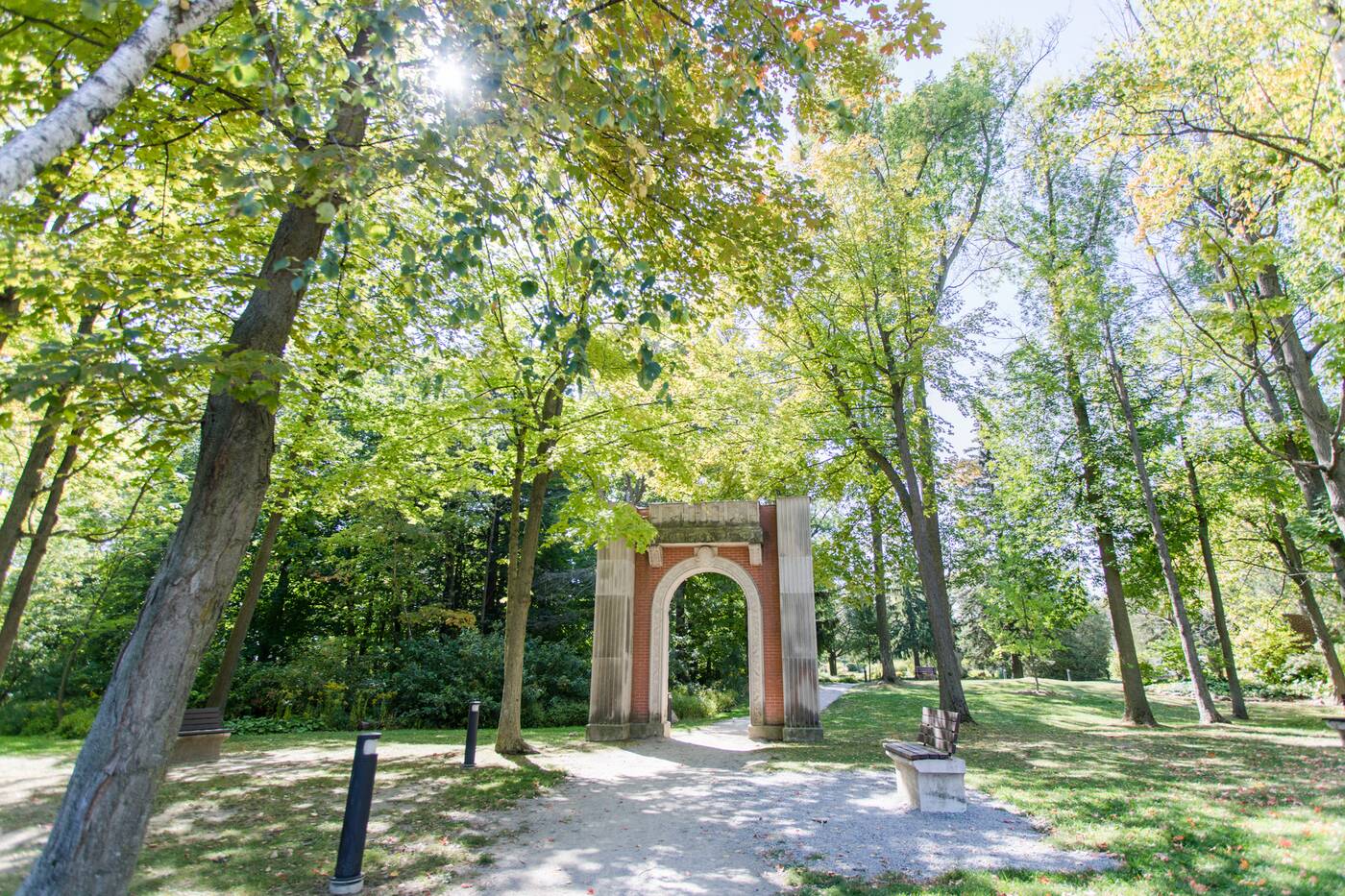 While photographs of the building in its original location are difficult to come by, Darling’s sense of artistic grandeur is clearly evident even in these fragments. 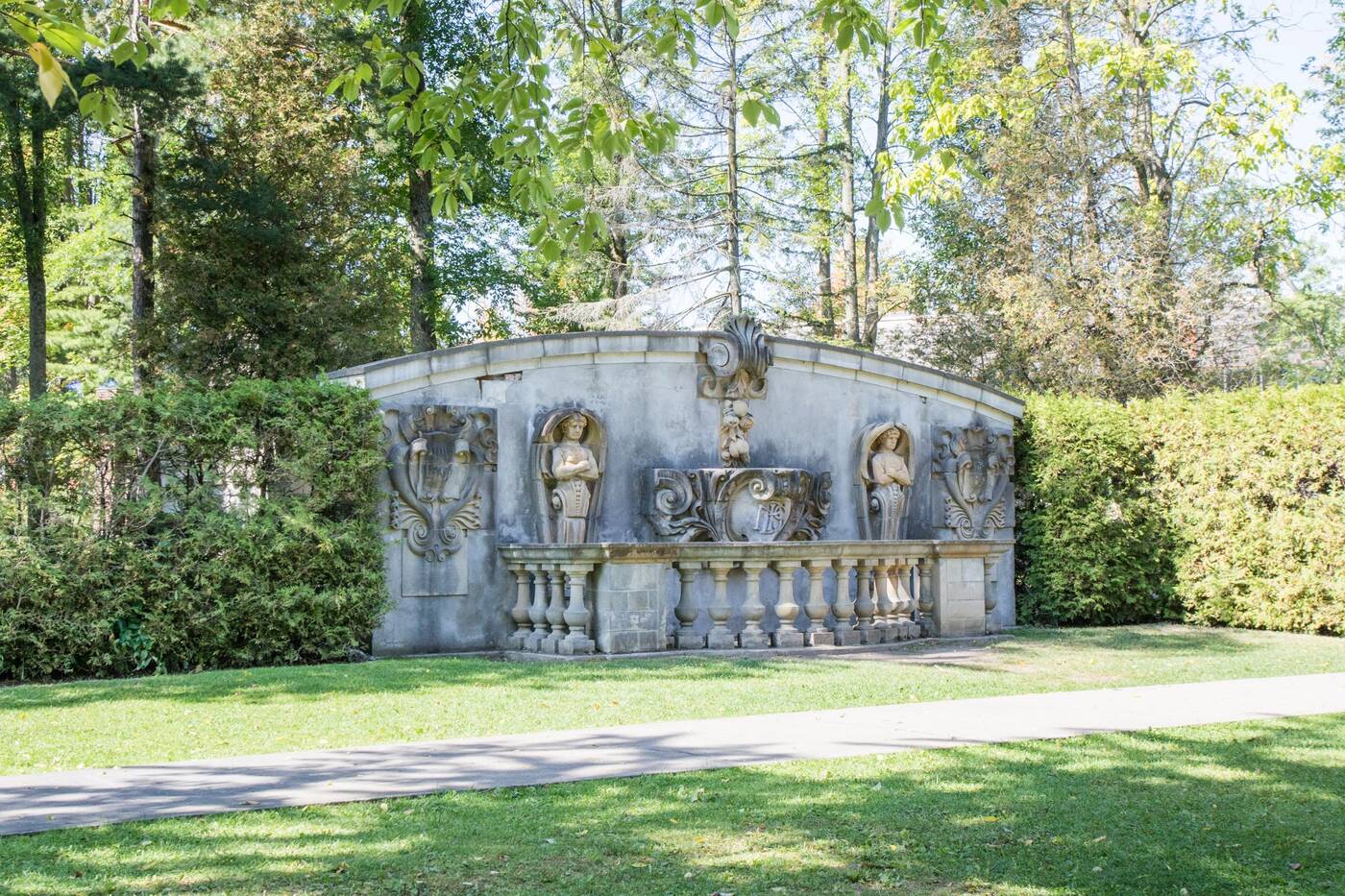 Eric Arthur, architectural historian and author of the seminal book Toronto, No Mean City, speaks of the Spencer Clark collection in these terms: 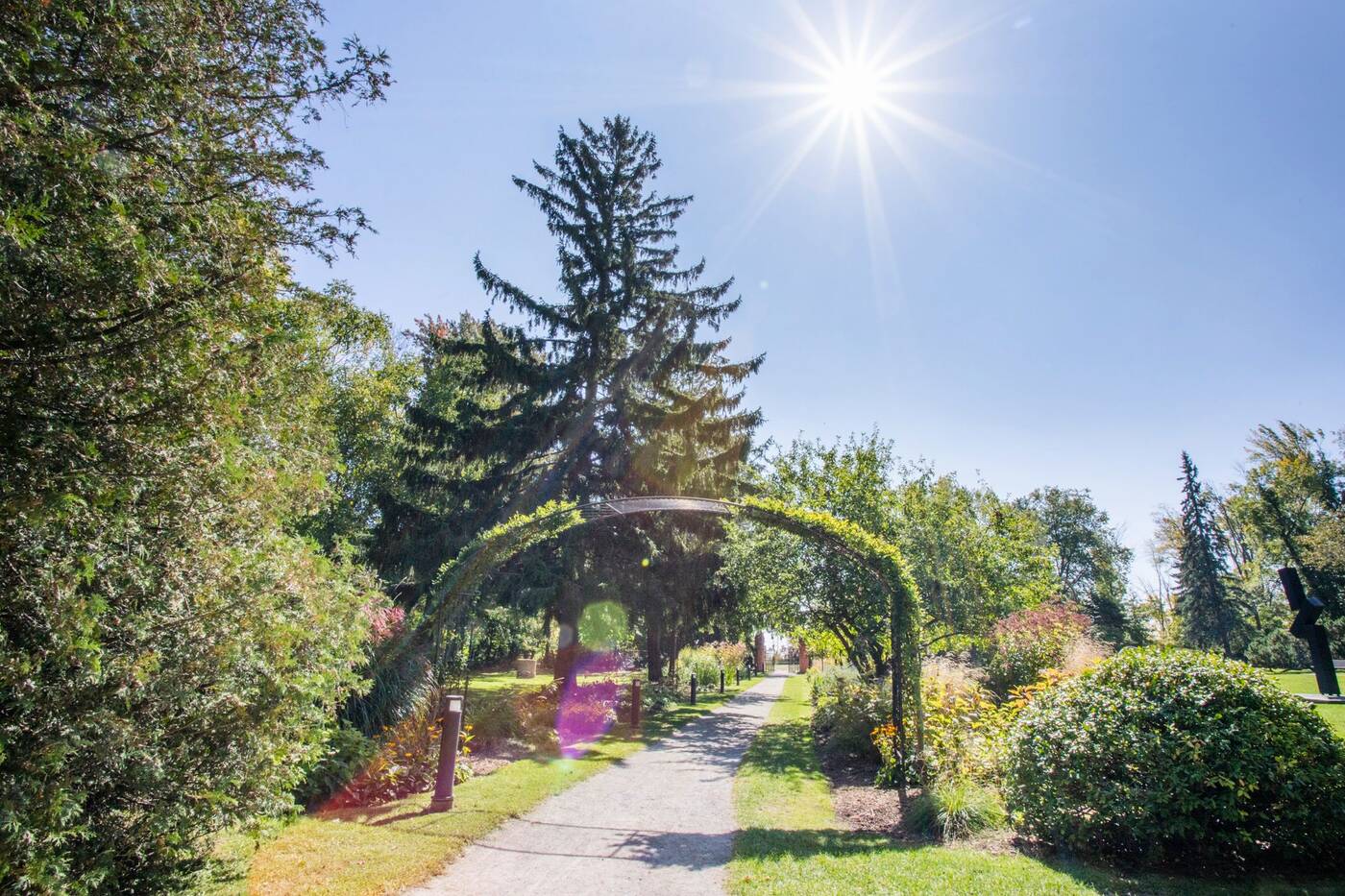 "Our eyes and sense have become so accustomed to clear or reflecting glass or concrete in our urban architecture that Spencer Clark’s 19th Century of fragments of banks and office buildings at the Guild already give the illusion, almost the patina, of remote antiquity. 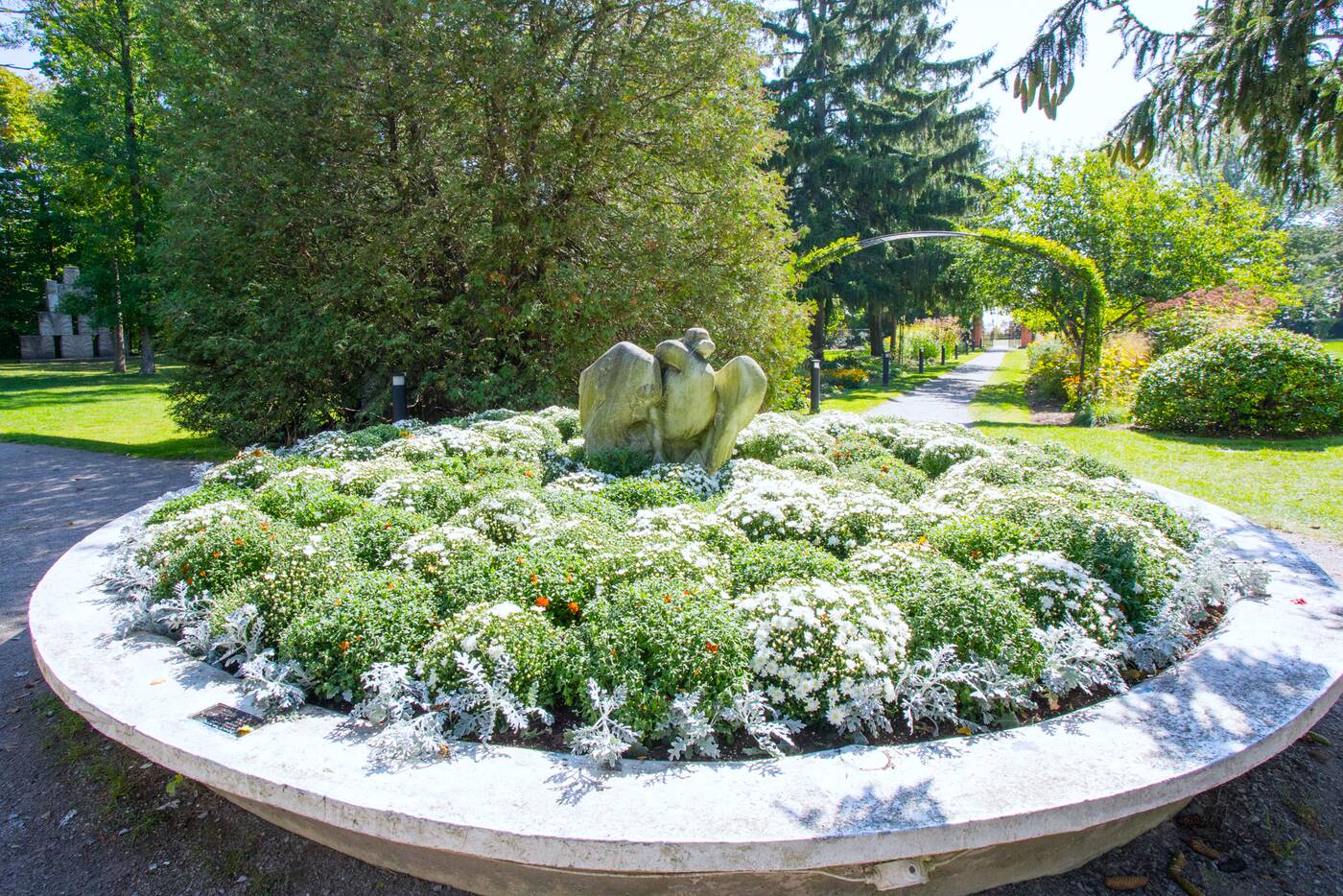 Never again will architects design a building using the Orders of Architecture be they Greek or Roman or seek inspiration from the Romanesque or the Gothic of the Middle Ages." 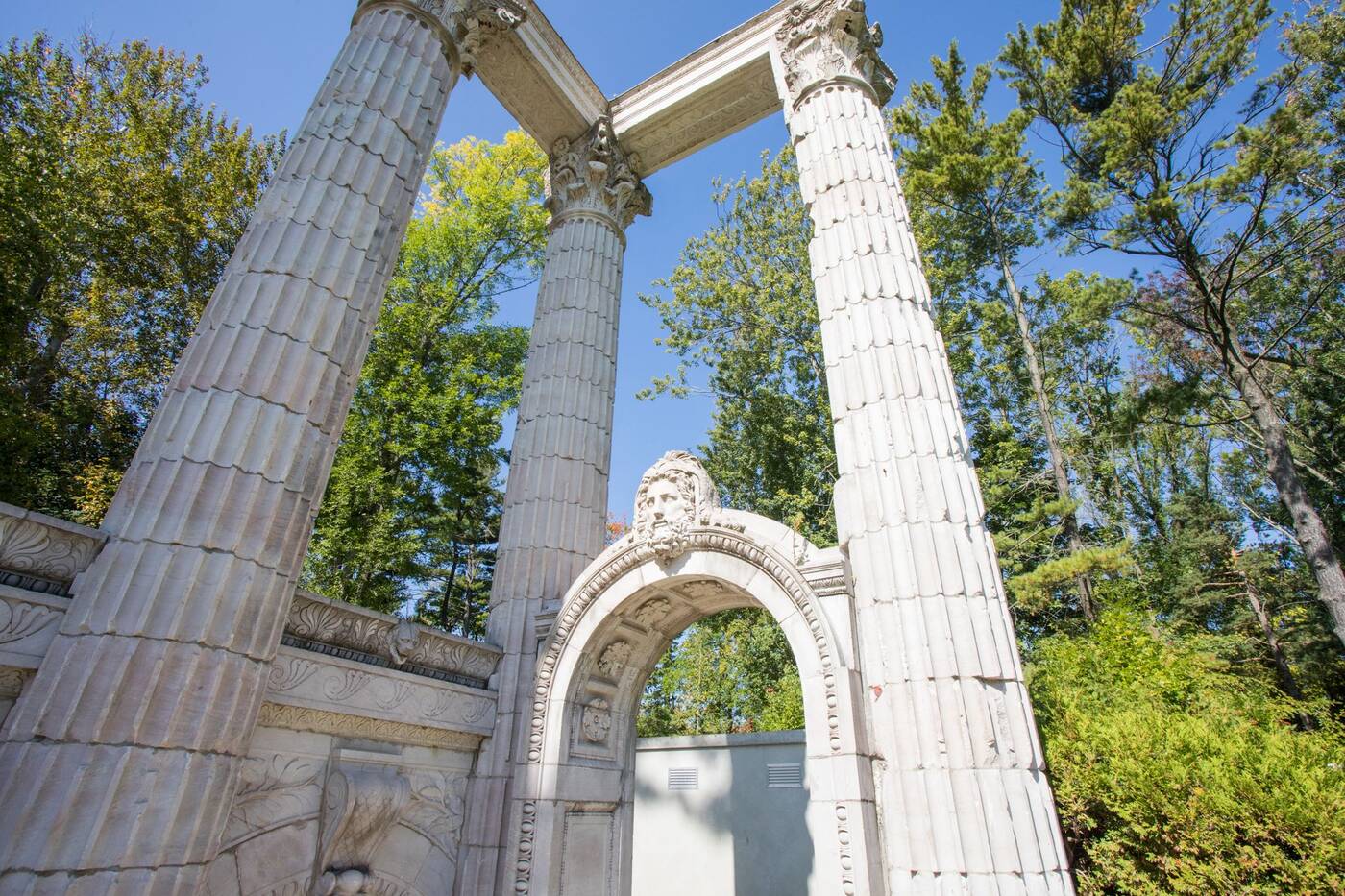 Whether or not one agrees with Arthur’s sentiments, these architectural fragments are a reminder of a lost Toronto. 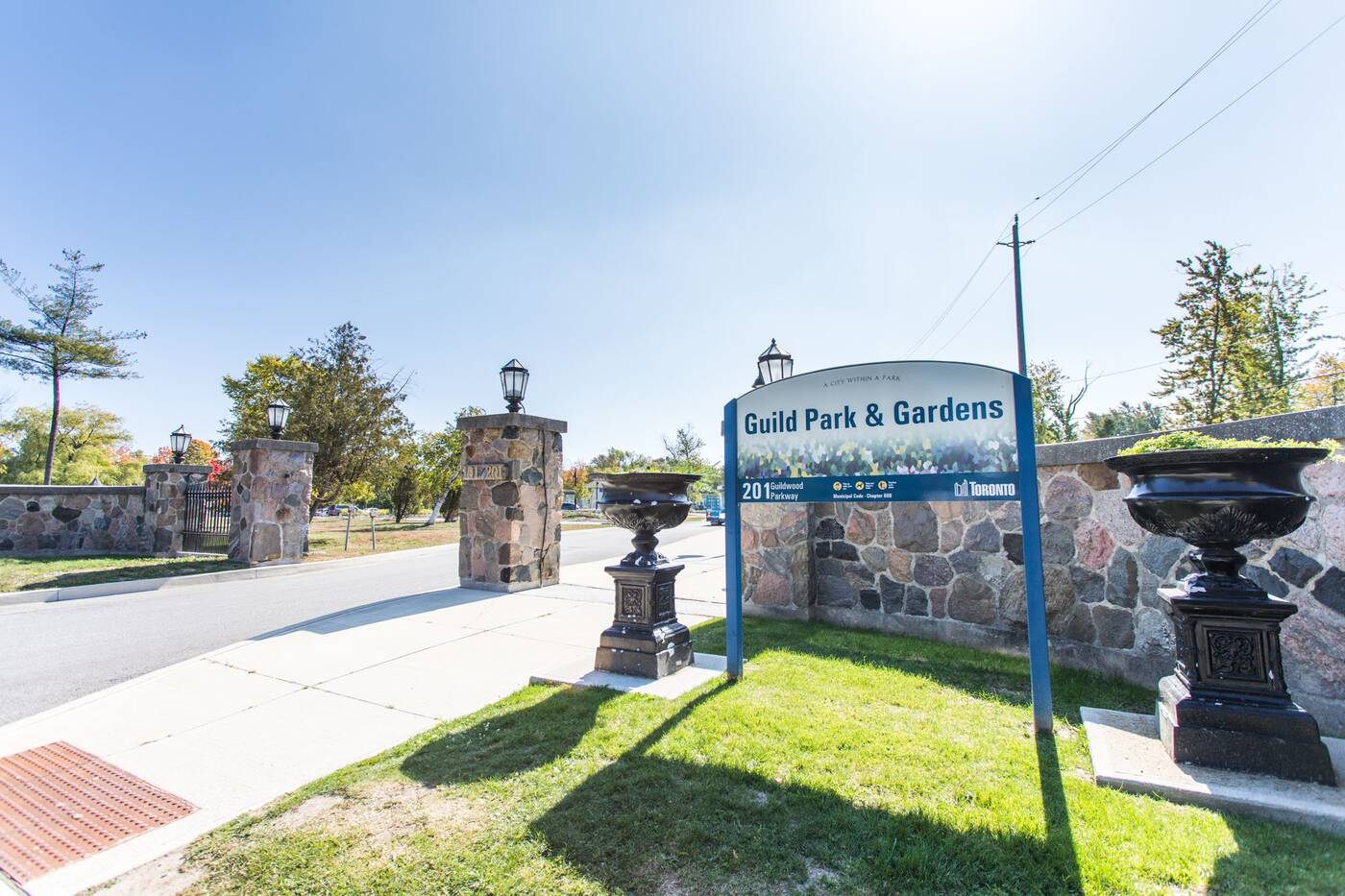