A report set to go before the TTC's Board tomorrow suggests that "overcrowding" is the top concern among riders who are leery of hopping back on the red rocket when pandemic restrictions are lifted in Ontario.

In this sense, not much has changed since mid-March, when a state of emergency was declared and much of Toronto effectively closed: Crowding has long been a concern among TTC riders for reasons related to safety.

Now, with the threat of a highly-contagious virus still looming over the city, the thought of people smushing themselves together on the King streetcar during rush hour is more concerning than ever.

The transit commission has proposed a series of measures aimed at preventing the spread of COVID-19 once things go back to (a new) normal — some of them carried over from the past three months, which has seen the implementation of barriers between drivers and passengers, signs blocking off seats, service level changes and a back-door-only boarding policy, among other things.

Overcrowding is a tougher nut to crack than say, the enhanced sanitization of vehicles, however. The TTC hasn't been able to solve the problem yet. But the agency is trying. 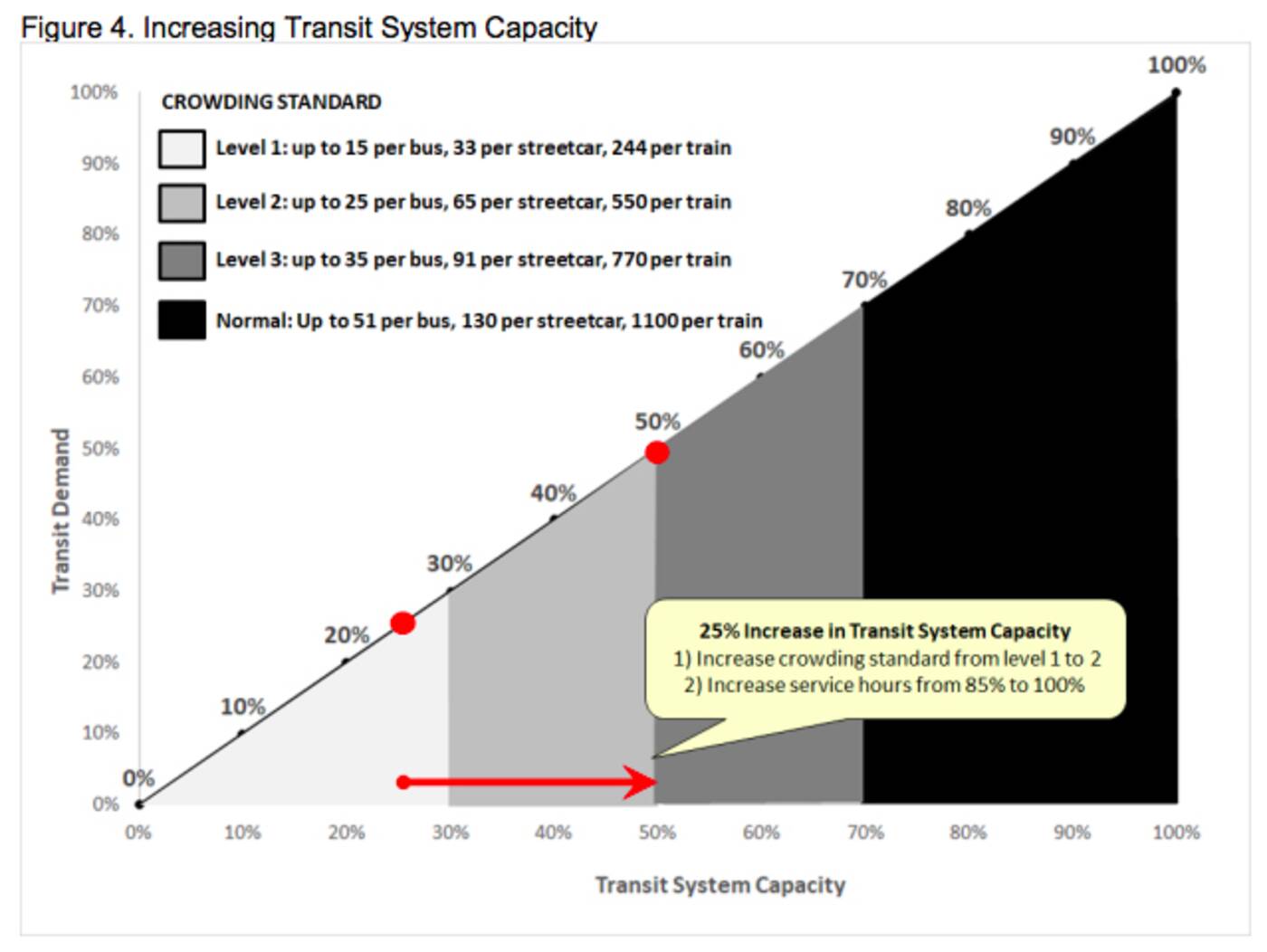 The TTC has modified its approach to increasing transit system capacity after the pandemic based on new measures such as the requirement for customers to wear face coverings. Image via Toronto Transit Commission.

First off, the TTC will be modifying the number of passengers allowed on any given vehicle based on ridership levels and where the city is at post-pandemic.

"In order to prepare for increased customer volume in stations as businesses reopen and ridership increases, the TTC is actively monitoring customer throughput and has developed enhanced plans of action in emergency and delay events, which may result in crowding," reads the commission's COVID-19 – Transitioning from Response to Restart and Recovery report.

"Response actions will be incident specific and may include limiting access to potential areas that may experience overcrowding, and directing and/or restricting entry of customers to stations, allowing for greater physical dispersal." 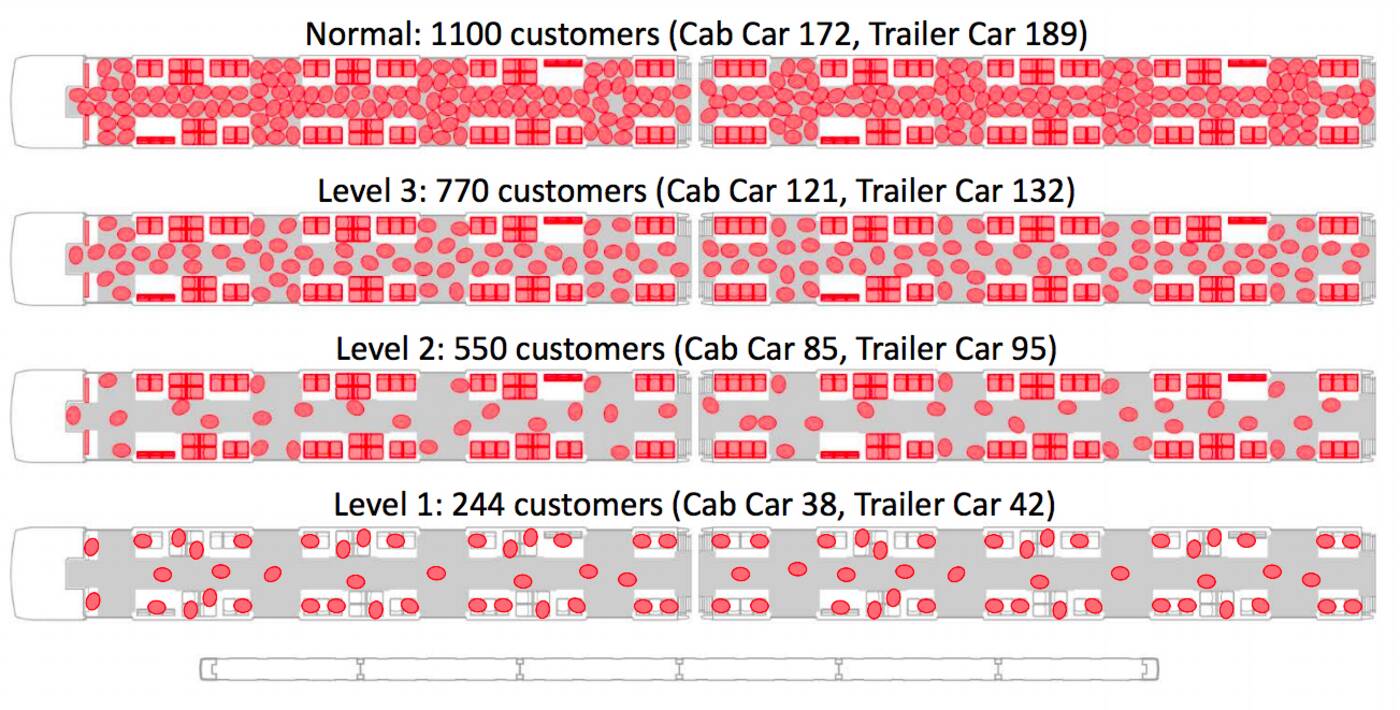 The TTC will ramp up staff hours as it increases transit capacity based on ridership demand and public health recommendations. Image via Toronto Transit Commission.

Whether or not any of this will actually work remains to be seen, but here's what the TTC is planning to do, specifically, to prevent crowding on buses, streetcars and subway trains:

In addition to these measures, TTC staff will continue to work with City of Toronto staff to make getting around the city easier and safer for everyone.

"This includes providing input to City staff on the operational needs of the TTC," states the report, "to ensure that the changes made to the roads, such as the quiet streets program and the bike lanes program, are designed so that TTC buses and streetcars can continue to operate effectively to move transit customers."