Toronto protest today might have been unsanctioned but thousands still marched

The "I Can't Breathe Toronto March" was just one march of several unauthorized protests planned for this weekend in Toronto following others over the past few days. 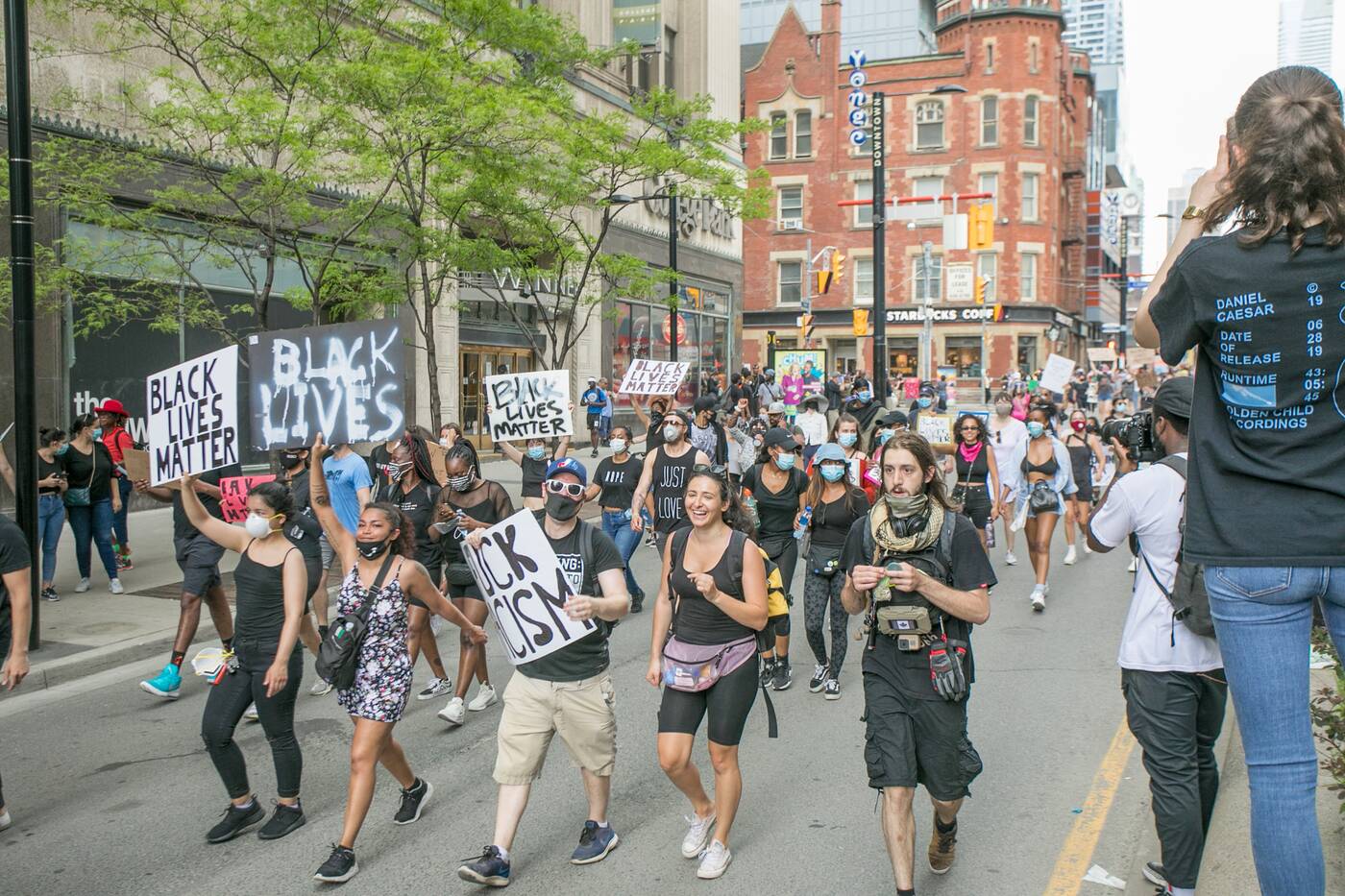 Thousands of peaceful protestors gather at Bloor and Yonge at noon, walking down to Yonge-Dundas Square, toward Dundas, then back up to Bloor again. 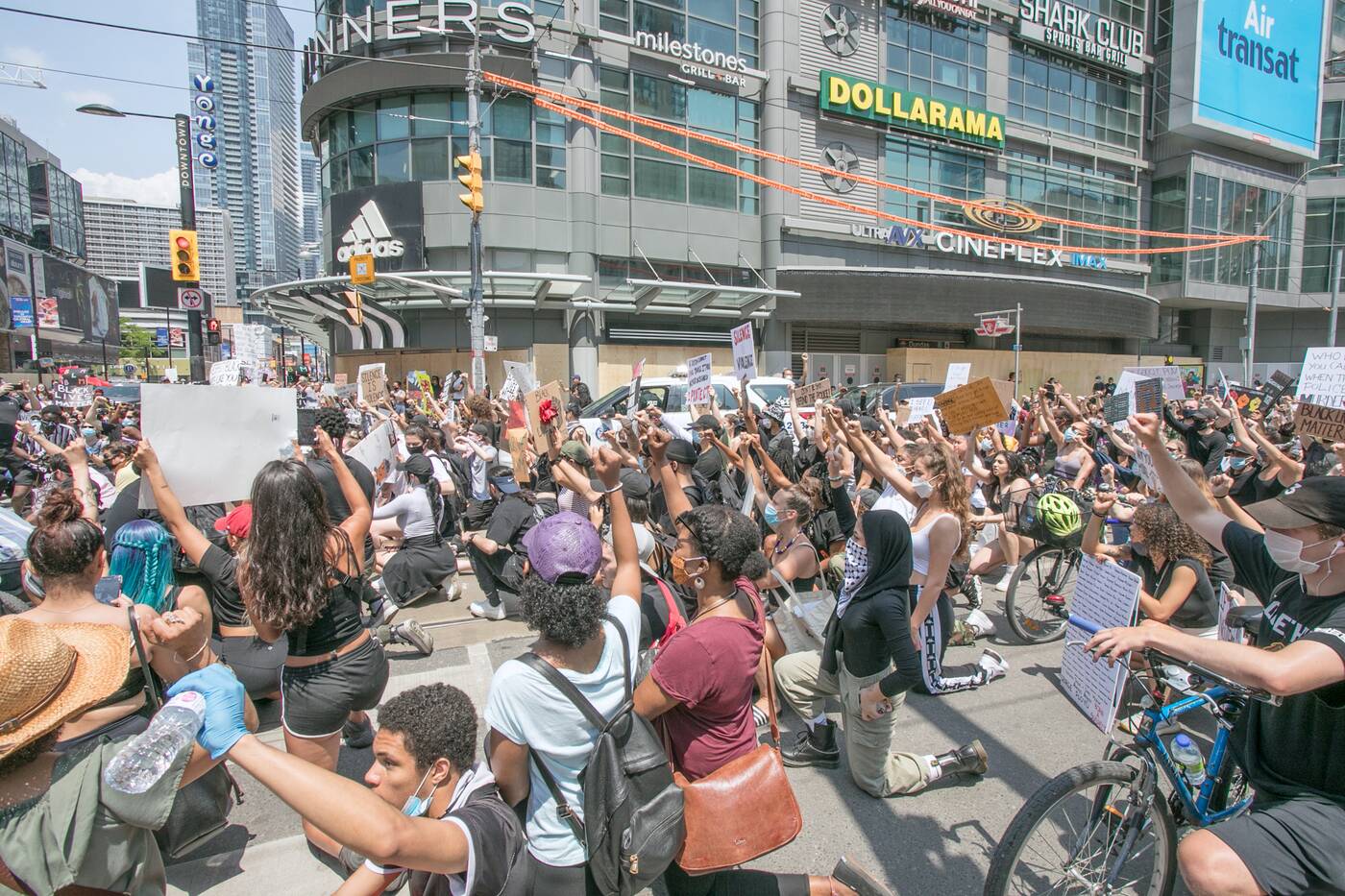 Taking its name from the last words of George Floyd, the Black man whose death at the hands of Minneapolis Police last week has sparked global protests, the event saw huge support from citizens as well as businesses, despite the pre-emptive boarding up of some stores in preparation for potential looting.

The Toronto Eaton Centre has also shut down for the weekend in response to other planned protests. 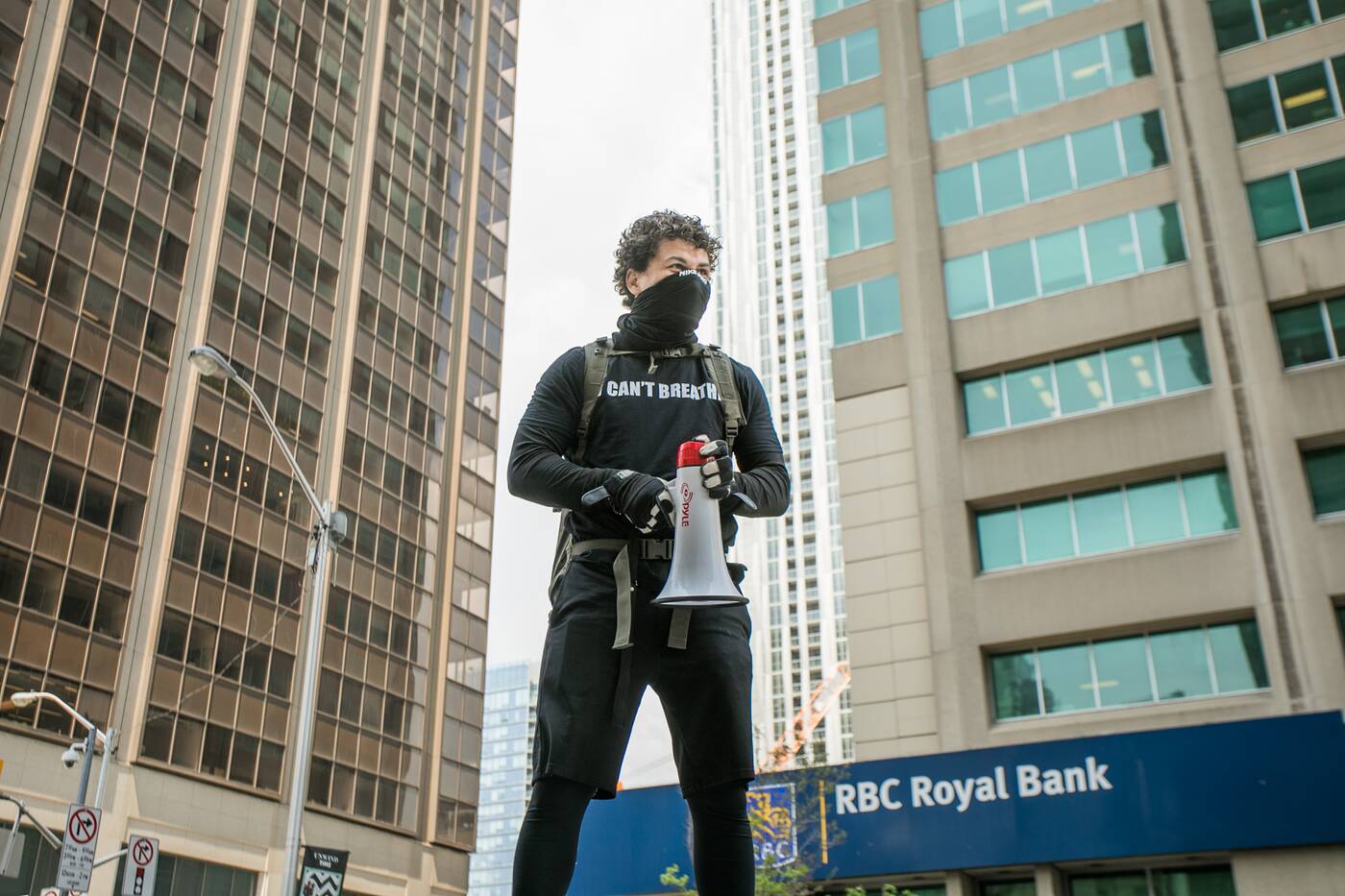 Some participants were given black t-shirts with the words "I can't breathe" when they arrived at the demonstration.

A few businesses like Starbucks and McEwan also handed out protective gear and water to rallyers. 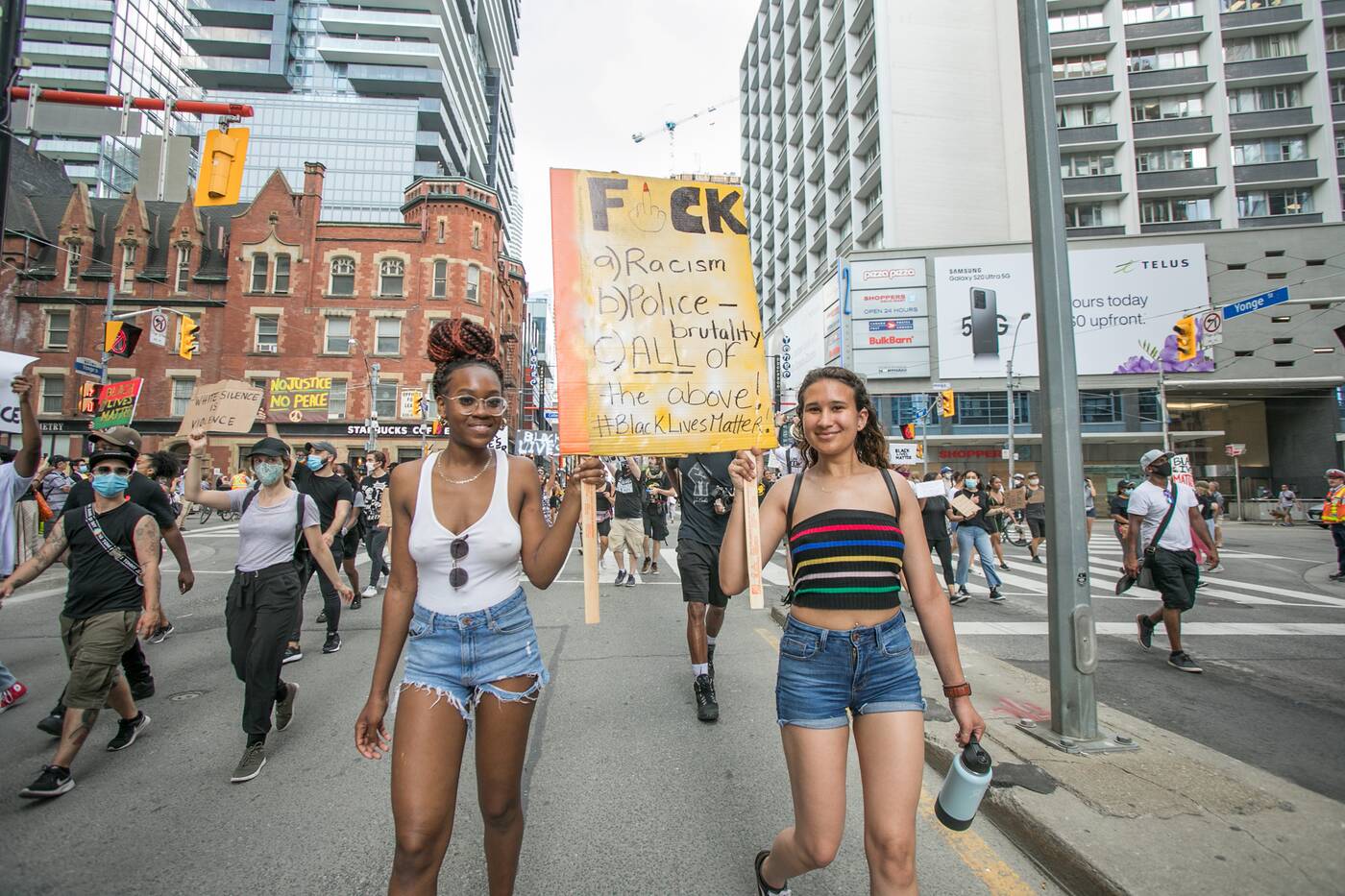 Black Lives Matter-Toronto and Not Another Black Life were vocal in the days leading up to Friday that they were not responsible for today's rally, despite planning last weekend's event. 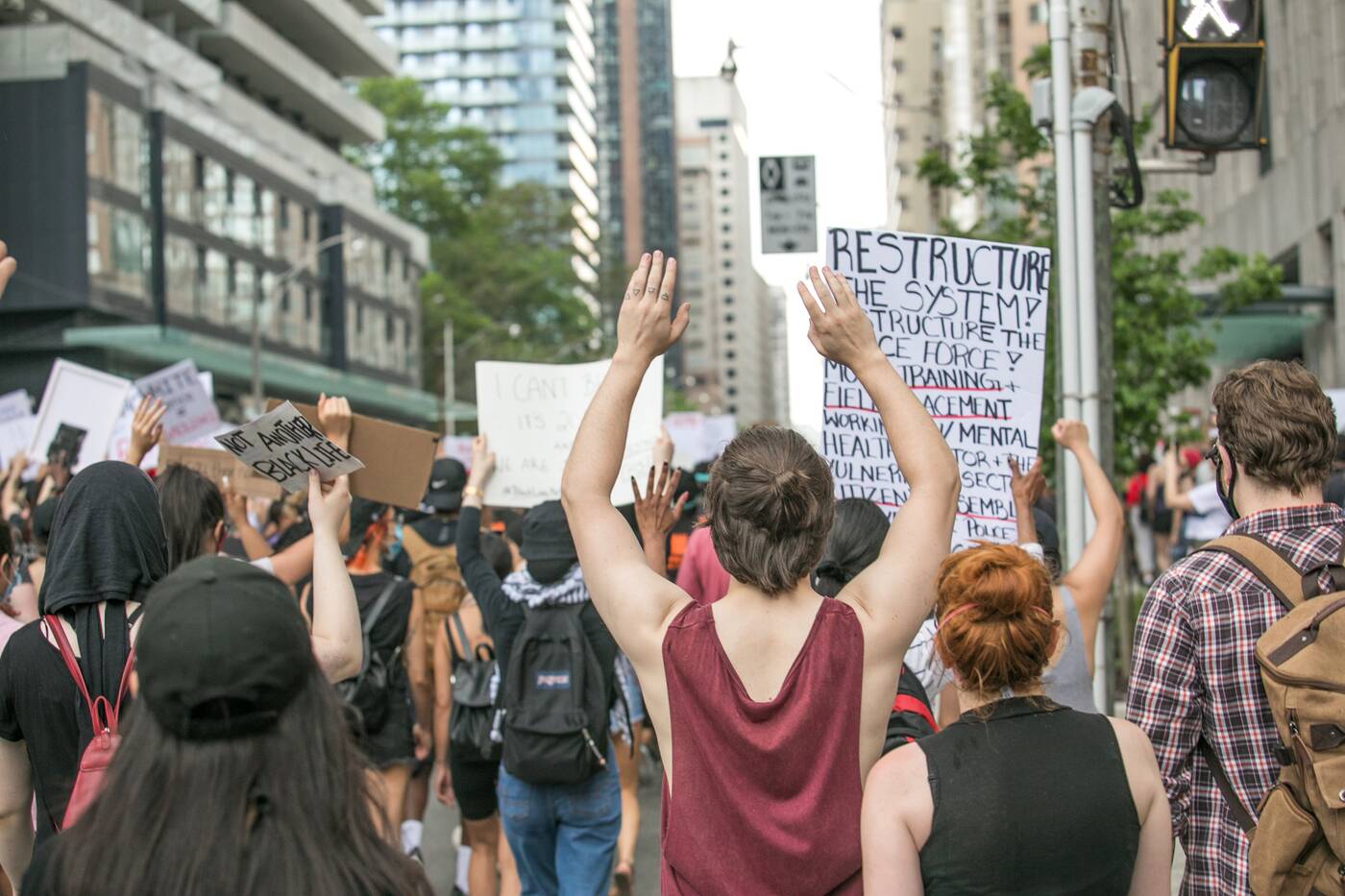 The organizers, who operate under the name March For Change but whose main promoters appear to be @jubediyah and @kevingalica, are not affiliated with BLM-TO, and today's event came under question through Instagram by people who questioned the validity of the movement.

Accusations have surfaced of the event being an organized PR stunt, with comments revealing that some in the Black activist community did not sanction or agree with the conditions around Friday's event.

"My Command and I met protesters today and we took a knee. We see you and we are listening. The ⁦Toronto Police fully supports peaceful and safe protests this weekend and always. We have to all stay in this together to make change." ~ Chief Mark Saunders #Toronto #PeacefulProtests

Toronto Police chief Mark Saunders was present at the event, and was seen taking a knee with other officers around Yonge and College as a pre-planned show of solidarity that was photographed and shared by Toronto media outlets. 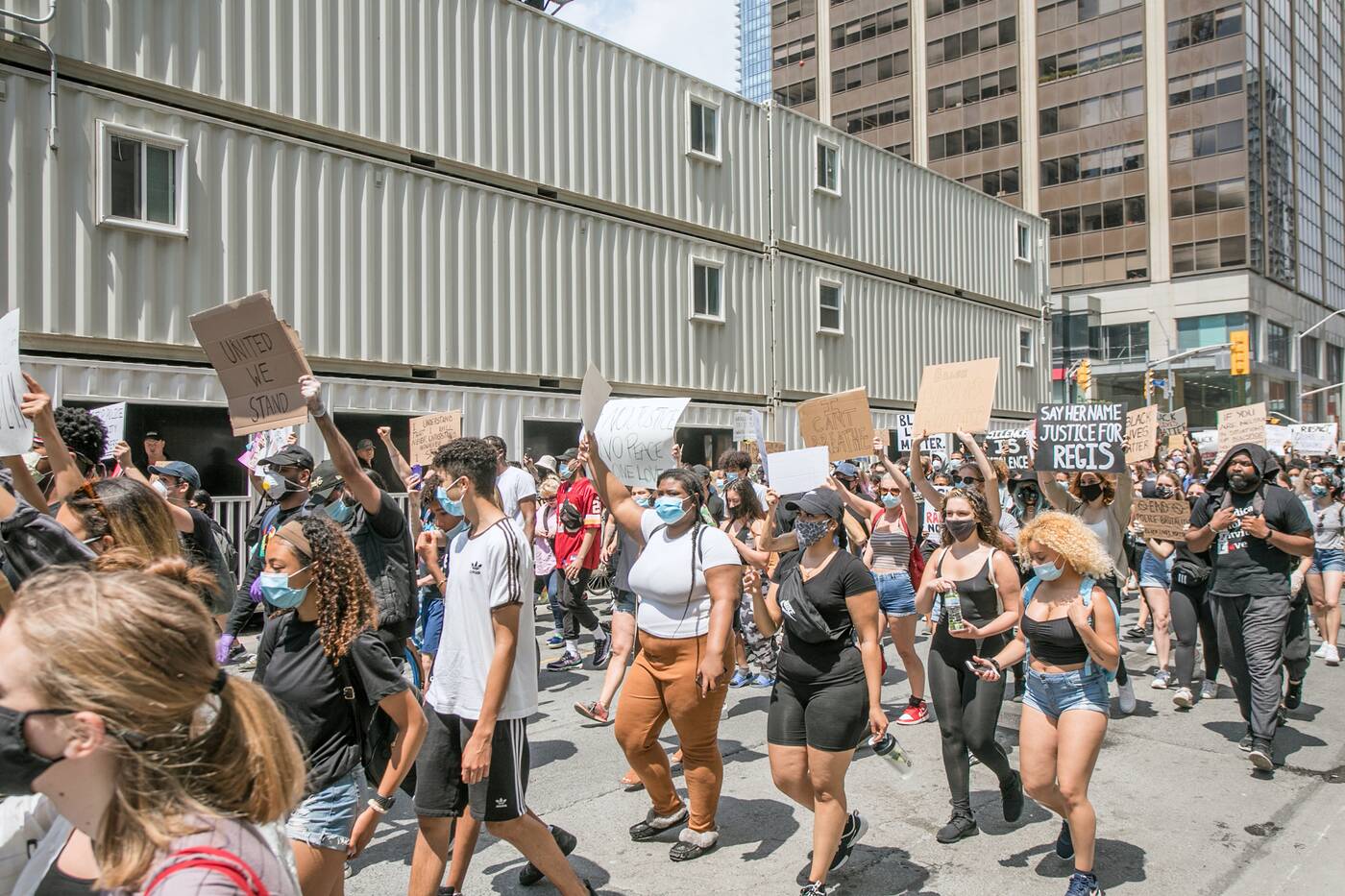 The move has drawn criticisms from BLM Toronto members who compared it to Saunders' negative reaction during Pride Toronto, when BLM protestors stalled the parade to demand rights for the Black community. 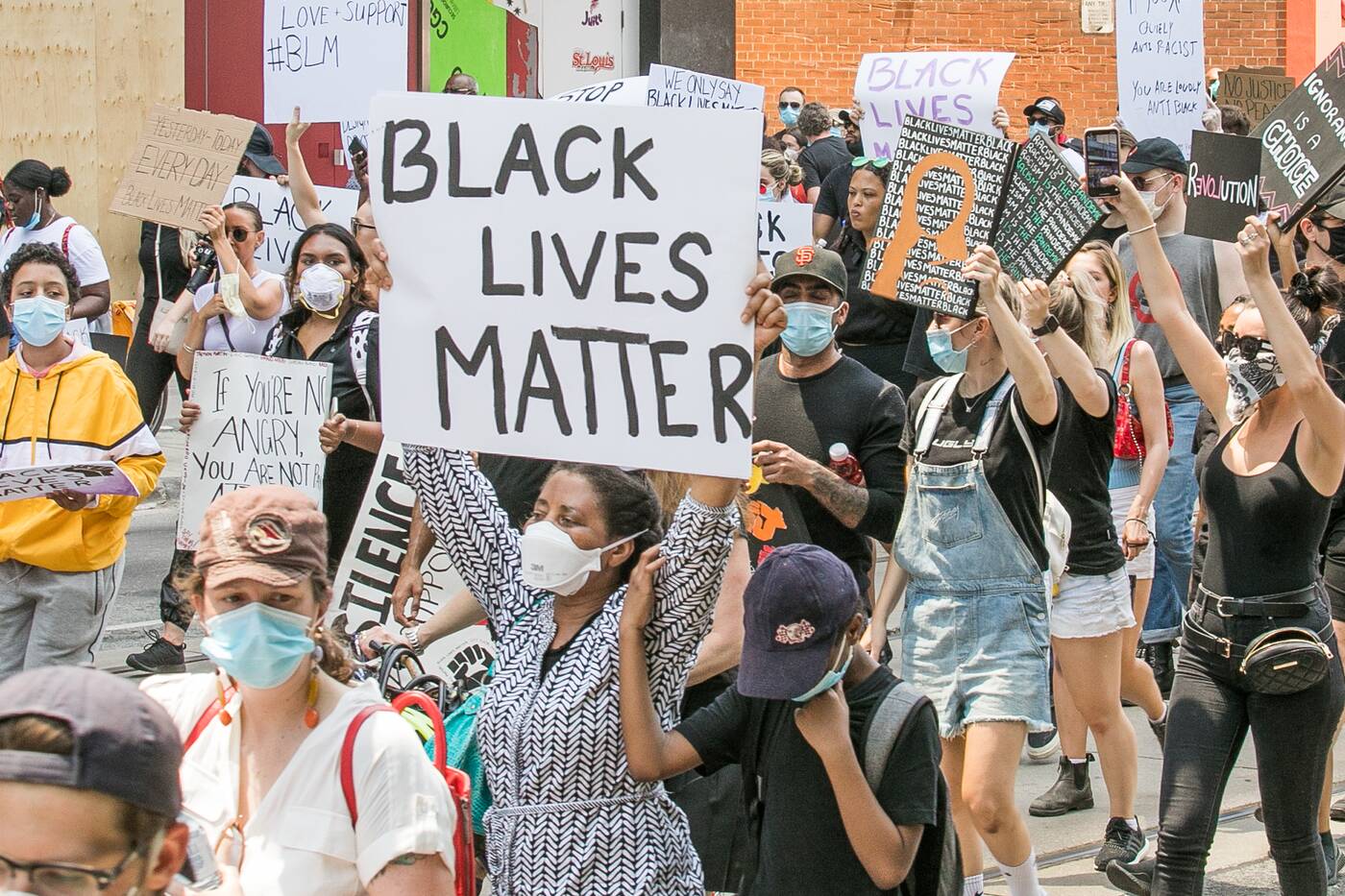 Event organizers released a statement a few hours before the march warning about reports of "riot groups" coming into the city to disrupt the march, but the event appeared to run smoothly from beginning to end. 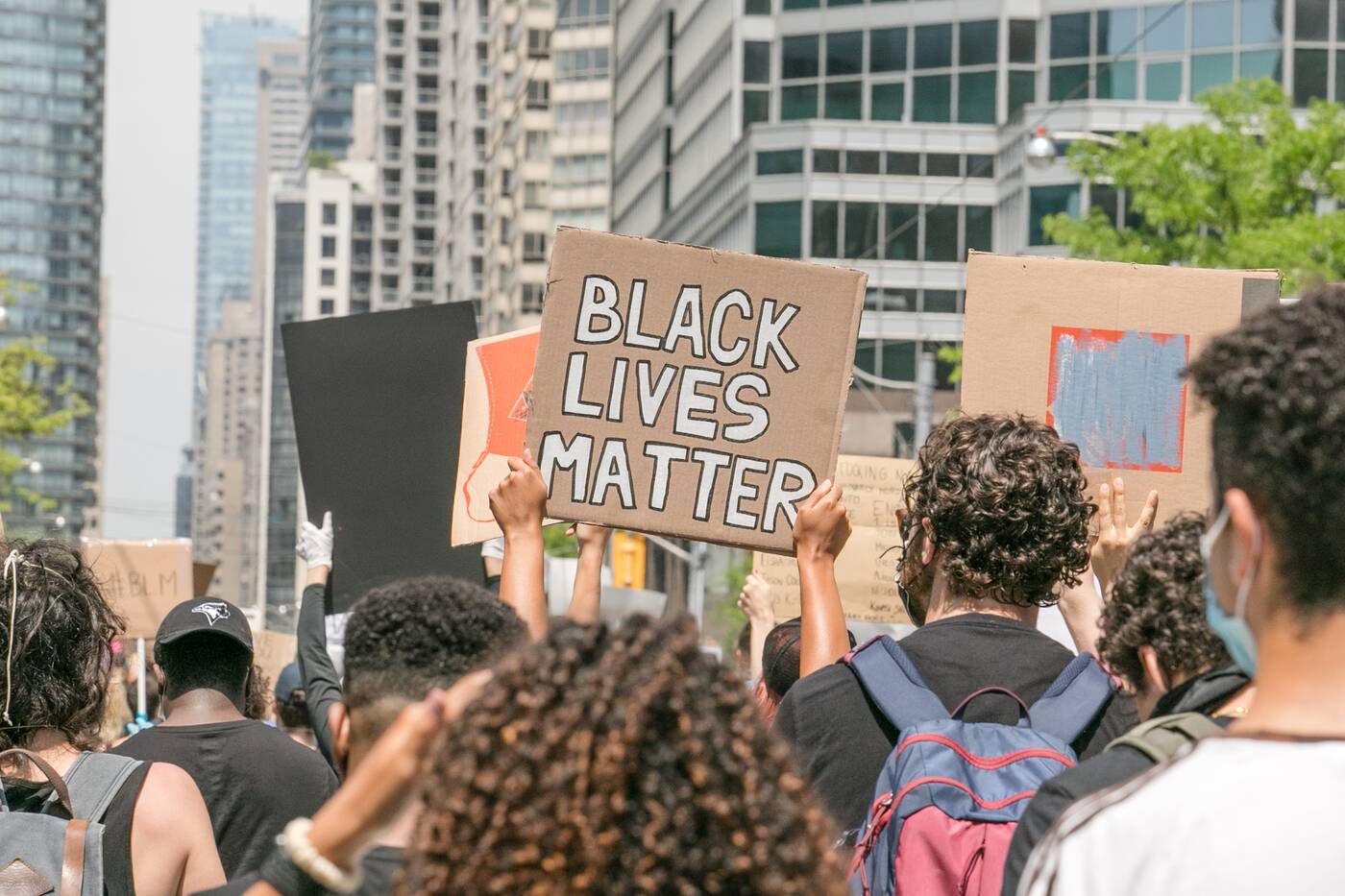