Toronto is in for a deliciously warm first weekend of May after a cooler-than-usual April, according to meteorologists, but the summer-winter switch we've all come to know so well hasn't been flipped just quite yet.

Weather Network meteorologist Dr. Doug Gillham says temperatures could rise above the 20 C mark in some parts of Southern Ontario this weekend for the first time all year, though areas bordering any of the Great Lakes could remain cooler.

Sadly for those who were hoping that meant winter was finished (and perhaps not-so-sadly for those who find social distancing hard when it's gorgeous outside), an "area of chilly weather" hovering around Hudson Bay will plunge south early next week, setting off another "extended period of colder-than-normal weather."

This cold period is expected to settle from the eastern Prairie provinces all the way to Atlantic Canada until the middle of May.

"The coldest weather relative to normal will be centred on Ontario and Quebec," writes Gillham. "Fortunately, 'normal' temperatures across the region during May are five to eight degrees warmer than they are during April. So, even with the chilly pattern, temperatures will still be noticeably warmer than the past few weeks." 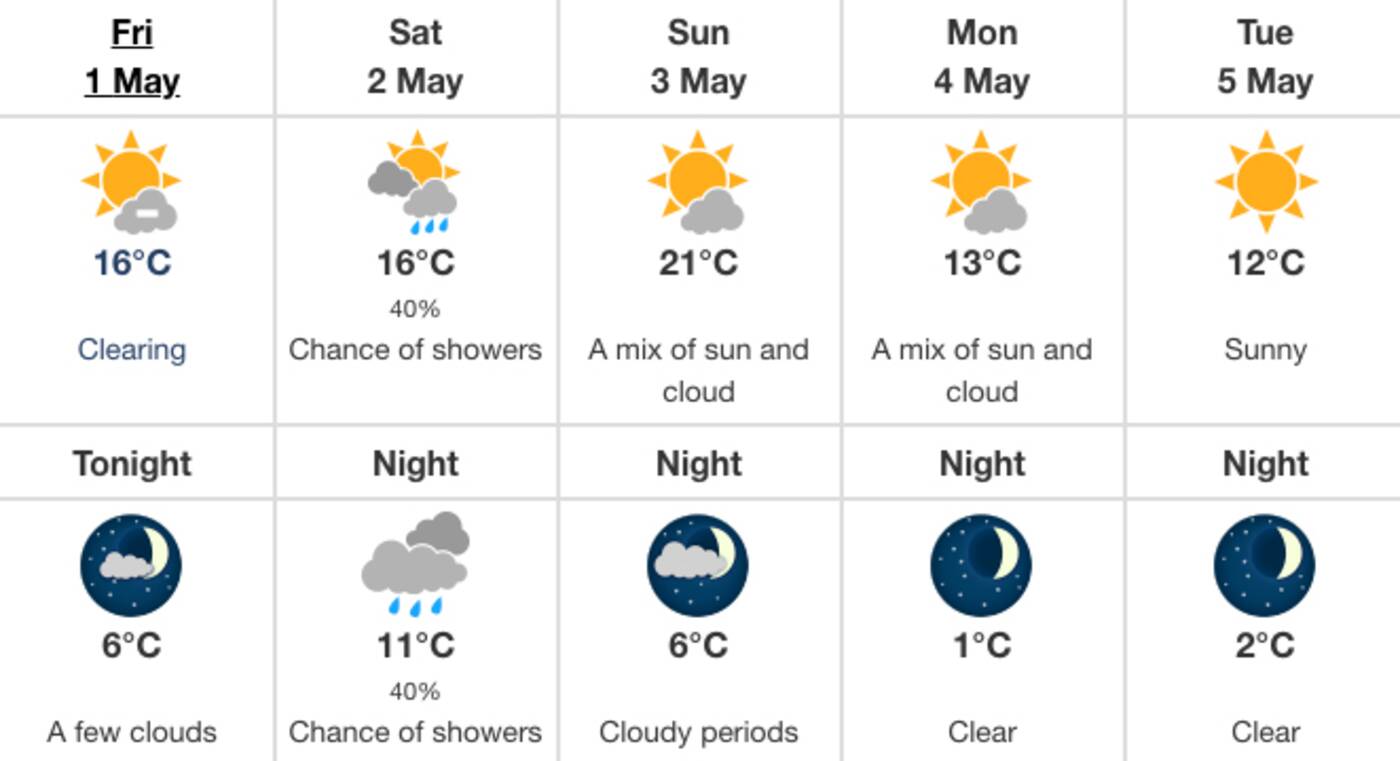 Temperatures are expected to reach a high of at least 21 C in Toronto on Sunday before plummeting back down to 12 C early next week. Image via Environment Canada.

If patterns continue unaffected, however, the last half of May will bring significantly higher temperatures to the Great Lakes region.

Gillham says a "much warmer pattern will develop south of the border" as we head into June, rising up to greet southern Ontario and Quebec for an early blast of summer weather.

"However, there is still a lot of uncertainty regarding the timing for this pattern change. On occasion, pattern changes can occur rather abruptly, but more often than not they take longer to develop than expected," notes the veteran forecaster.

"So, it is still too early to say whether the chilly pattern across Eastern Canada will relax around May 15-20, or if we will have to be patient and wait until the end of the month for more consistent warmth."

It would be great if the arrival of summer weather could coincide with the lifting of pandemic lockdown measures, but either are more than welcome in Toronto any time now.

This is what's open in Toronto right now