The crowd that assembled at Queen's Park Saturday was a sad-looking one compared to weekends past.

After five consecutive weekends of gathering at Queen's Park, a group of protestors gathered outside of Ontario's legislature once again, though the group this afternoon was significantly smaller than what we've seen here in past weeks.

Maybe it was because more lockdown restrictions have been lifted but, unlike last weekend, there was no statue-licking.

Past weeks have seen protestors (who've happily co-opted Premier Doug Ford's characterization of them as "reckless yahoos") rally at Queen's Park with signs and claims that Toronto hospitals are empty. 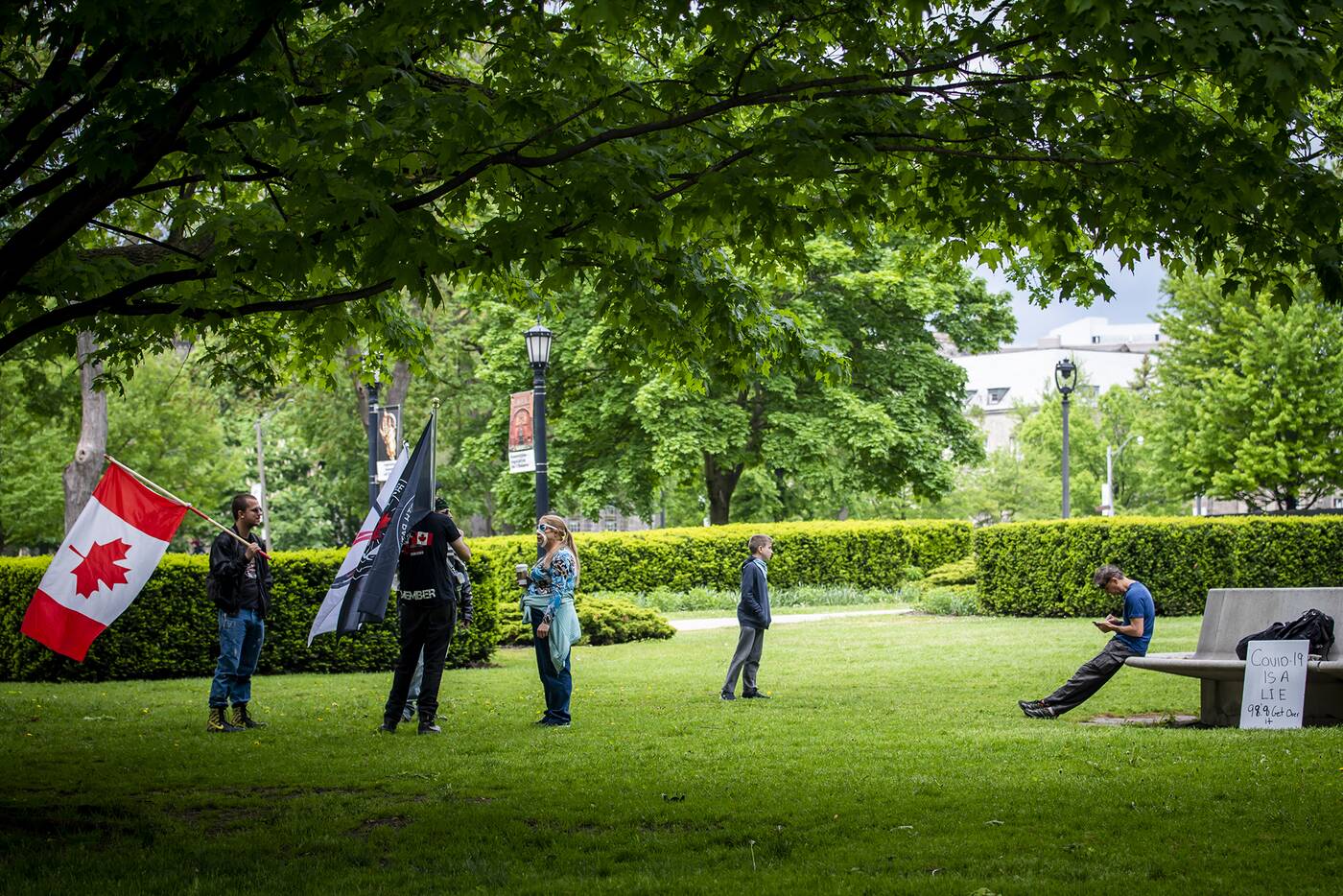 There were the usual signs like "COVID is a lie", and a strange, paternal jab at Ford: "Premier Dad, let us run our lives please." 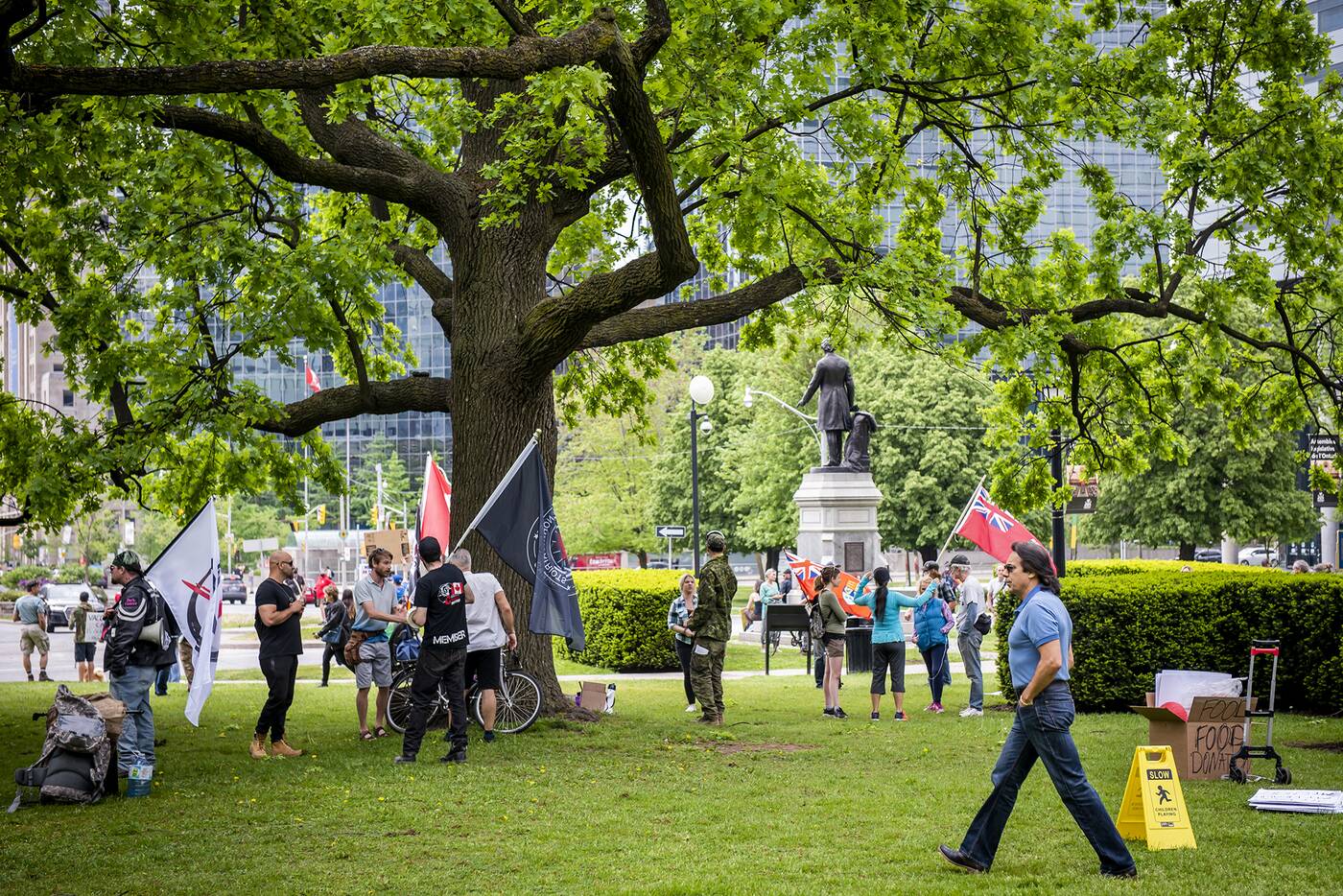 "Lockdown damage will be worse than the virus" and the Canadian anthem lyrics printed out on a sign were other highlights. 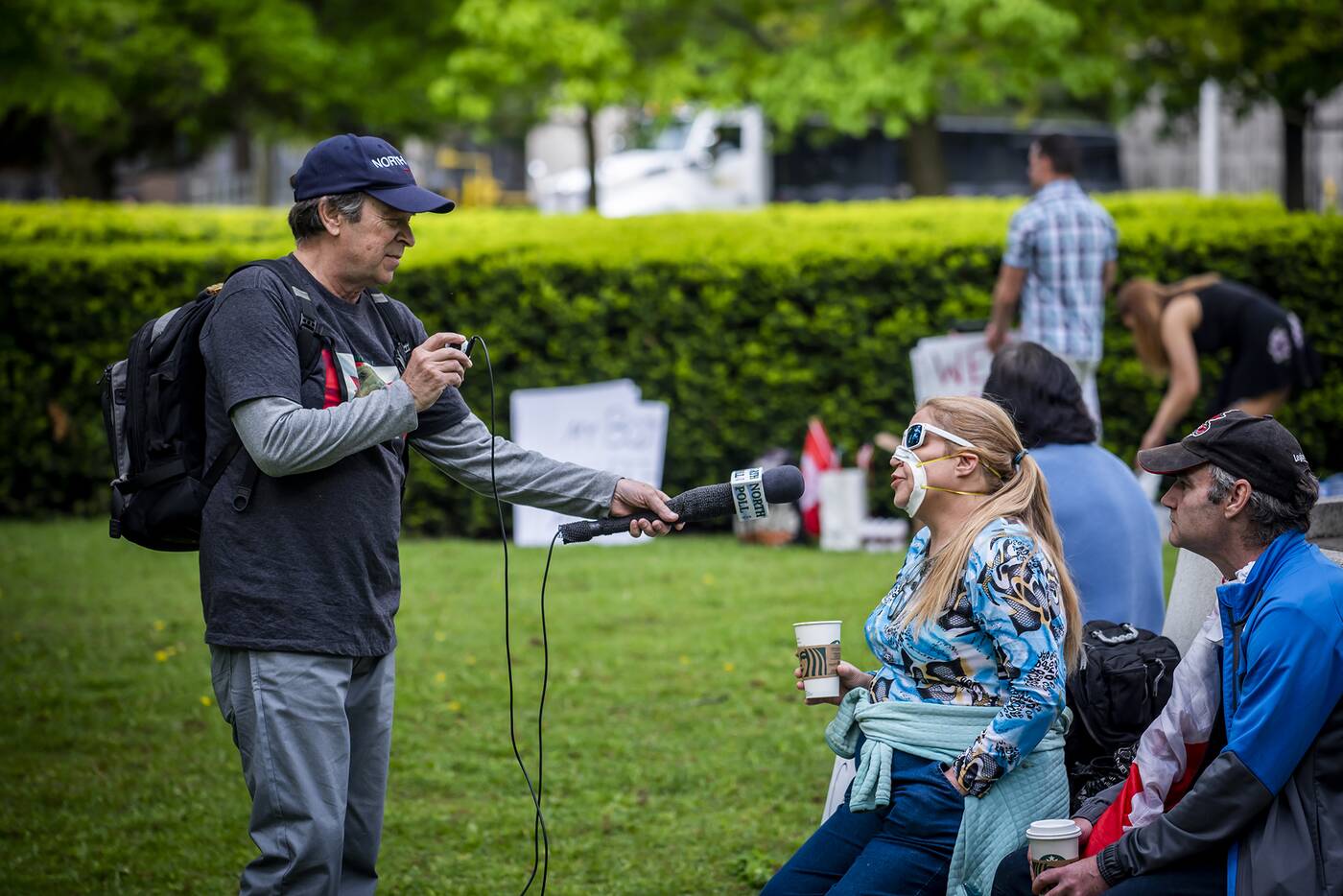 There was one especially novel sight today, though: someone wearing a mask, but with nearly all of it cut out (during a PPE shortage, no less) so that their entire mouth was exposed. What a statement.

Physical distancing was not visibly adhered to by attendees, nor by most of the Toronto Police officers who watched over the site. 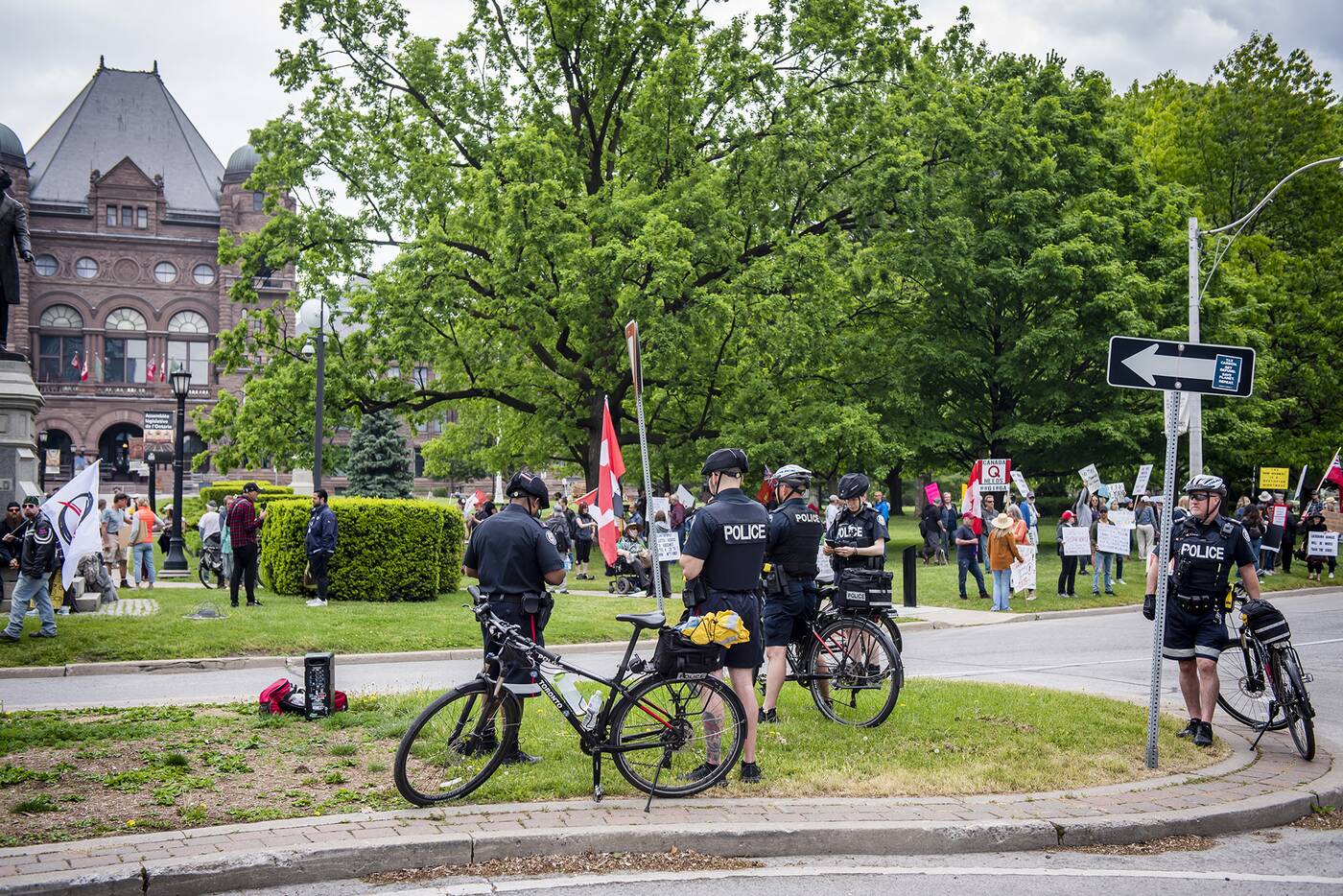