The anti-lockdown protest returned to Queens' Park in Toronto today to fight for the right to — well, it's unclear, at this point.

For the third weekend in a row, people have arrived at the Ontario Legislative Building amid some of the most confusing weather Toronto has seen to wave signs about their displeasure surrounding a hodgepodge of social issues.

From vaccinations to firearms restrictions to the economy, several scores of anti-lockdown protestors chanted and waved signs about it all through today's hail, snow, and bouts of sunshine. 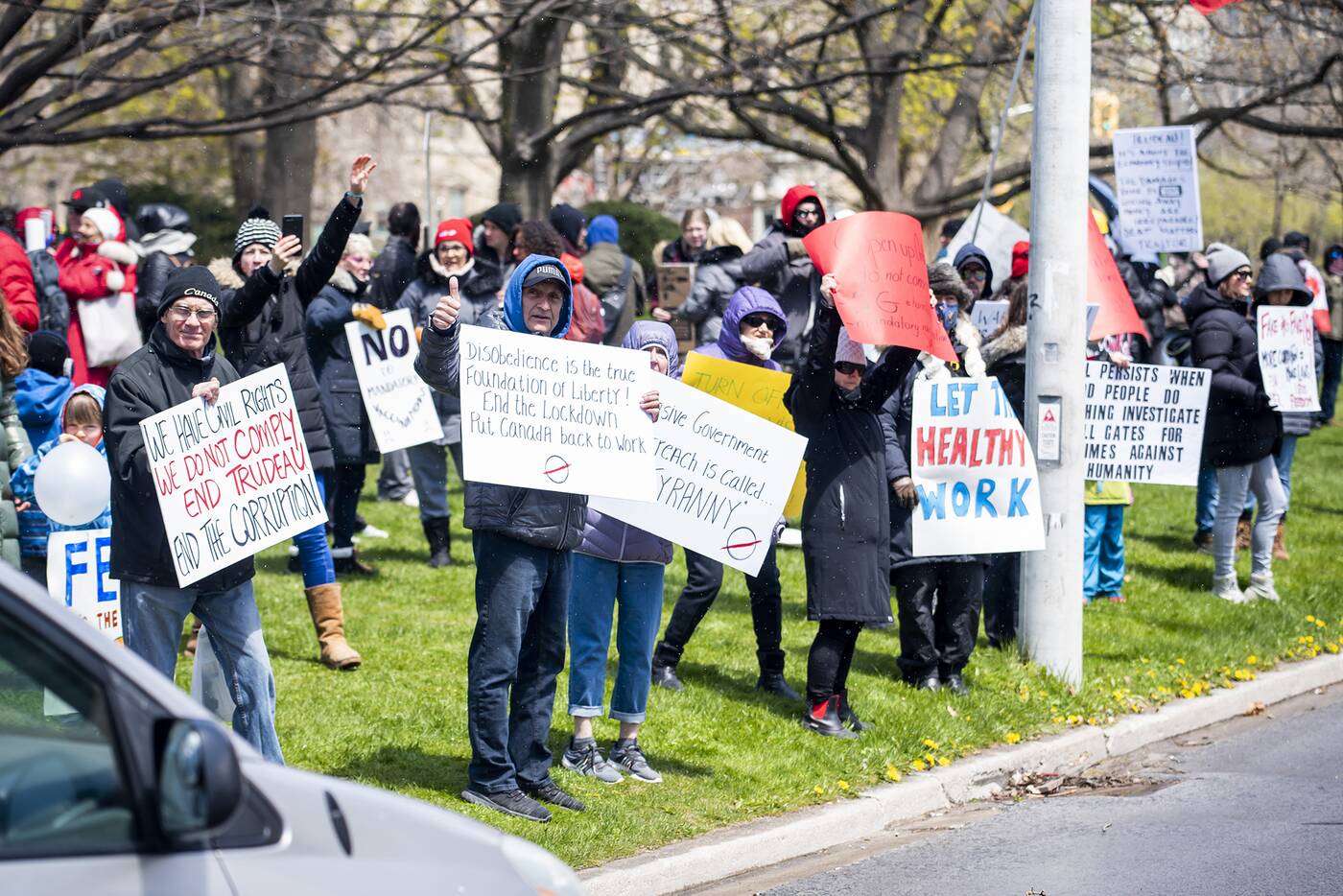 One resounding chant today included, "The hospitals are empty", seemingly to refute the provincial government's latest reports of 19,944 confirmed cases of the virus in Ontario. 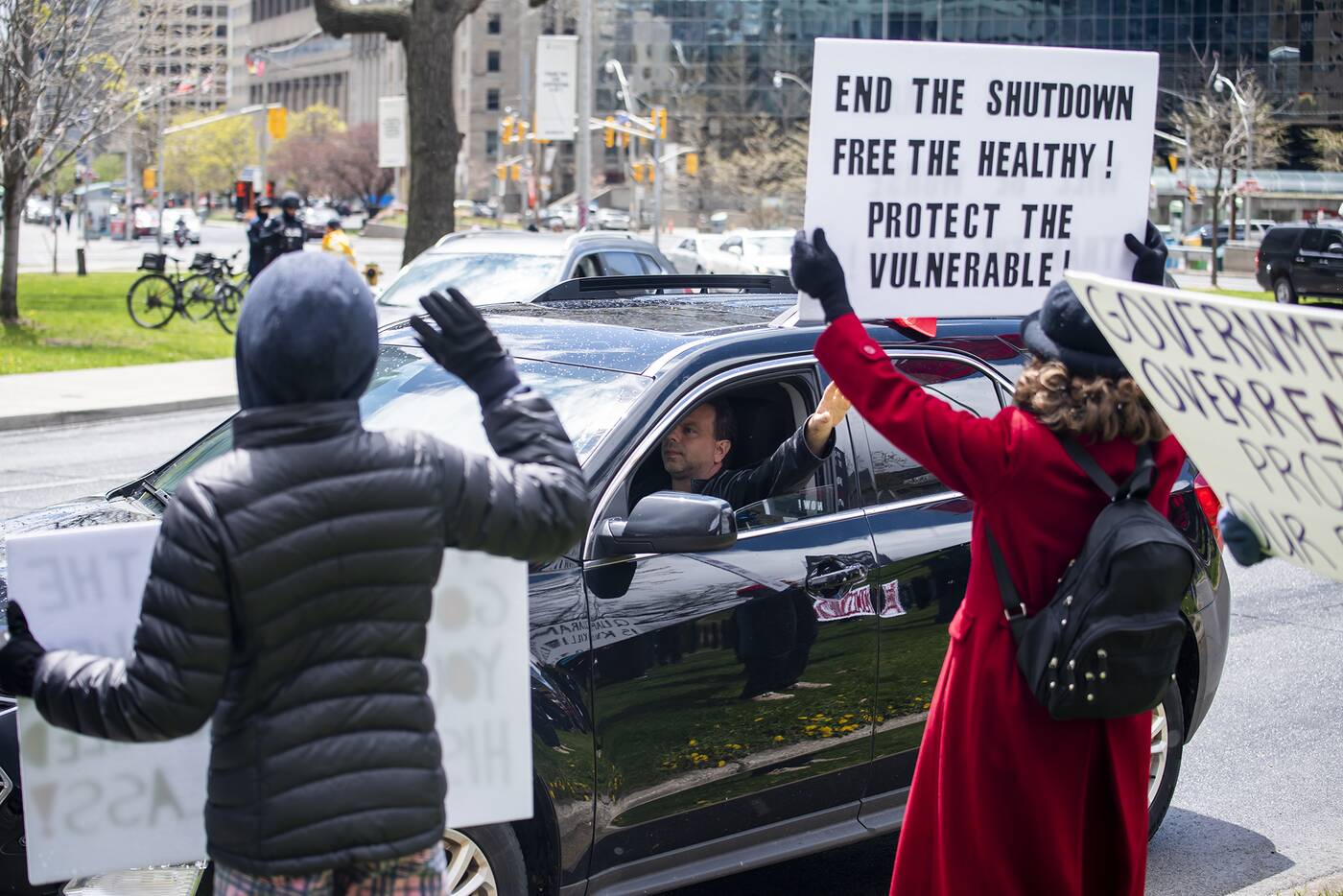 Just two days ago, the Provincial government announced that certain hospitals can begin resuming scheduled surgeries and procedures, so long as they meet certain requirements, like adequate capacity of ICU beds, enough PPE, and a stable number of COVID-19 cases.

There was also a breakout of O Canada, and a speech made about micro-chipping and the "alleged pandemic". 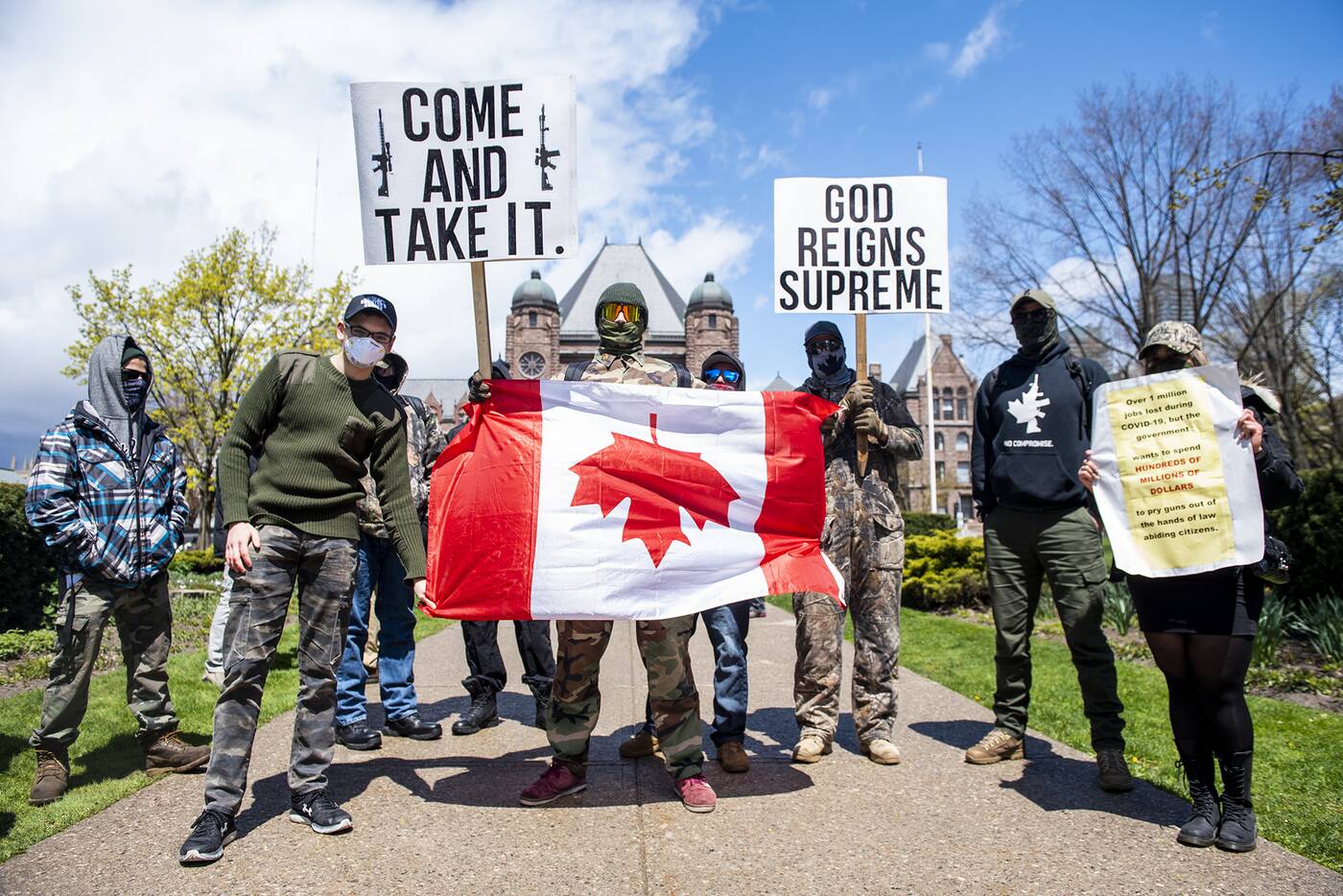 A fascinating array of flags and signs were present today, including some U.S.-Canada hybrids, George Orwell's fictional Ingsoc party flag from the book 1984, and ones depicting guns with the text "Come and take it". 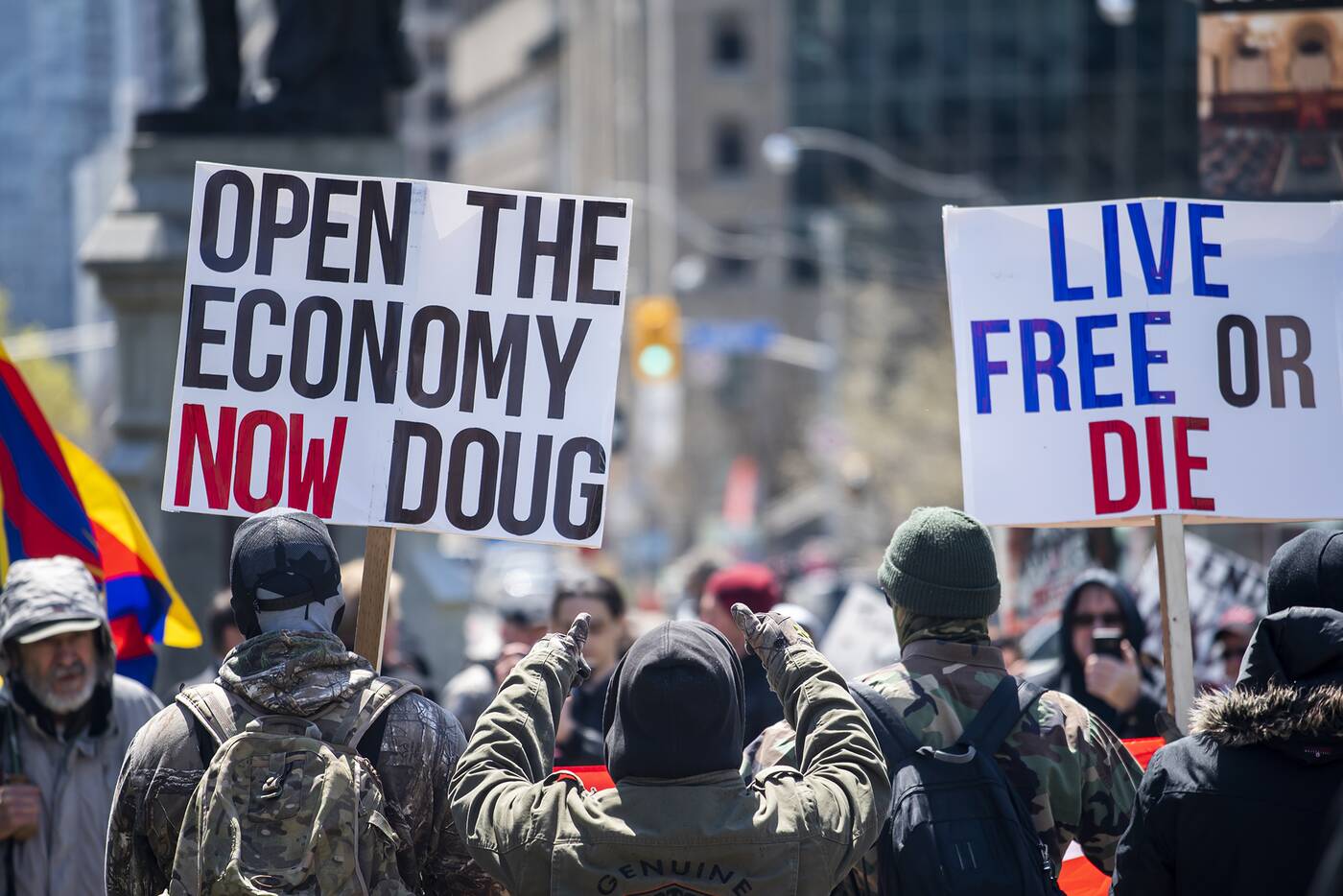 Two weeks ago, Premier Doug Ford referred to anti-lockdown protesters as "yahoos" as they gathered around Queen's Park in similar fashion, but with more of a focus on getting haircuts than gun control.