Toronto's social distancing strategy is working according to the latest numbers

Social distancing sucks, but it's working to save lives.

Toronto's Medical Office of Health Dr. Eileen de Villa announced in today's COVID-19 briefing that the current number of Toronto cases is lower than expected, thanks in large part to people staying at home.

"We believe at this point, that the number of cases to date in Canada, Ontario, and locally in Toronto, is lower than originally forecasted due in part to the strong public health measures that were put in place early in our outbreak and the fact that our residents took these measures seriously," said de Villa. 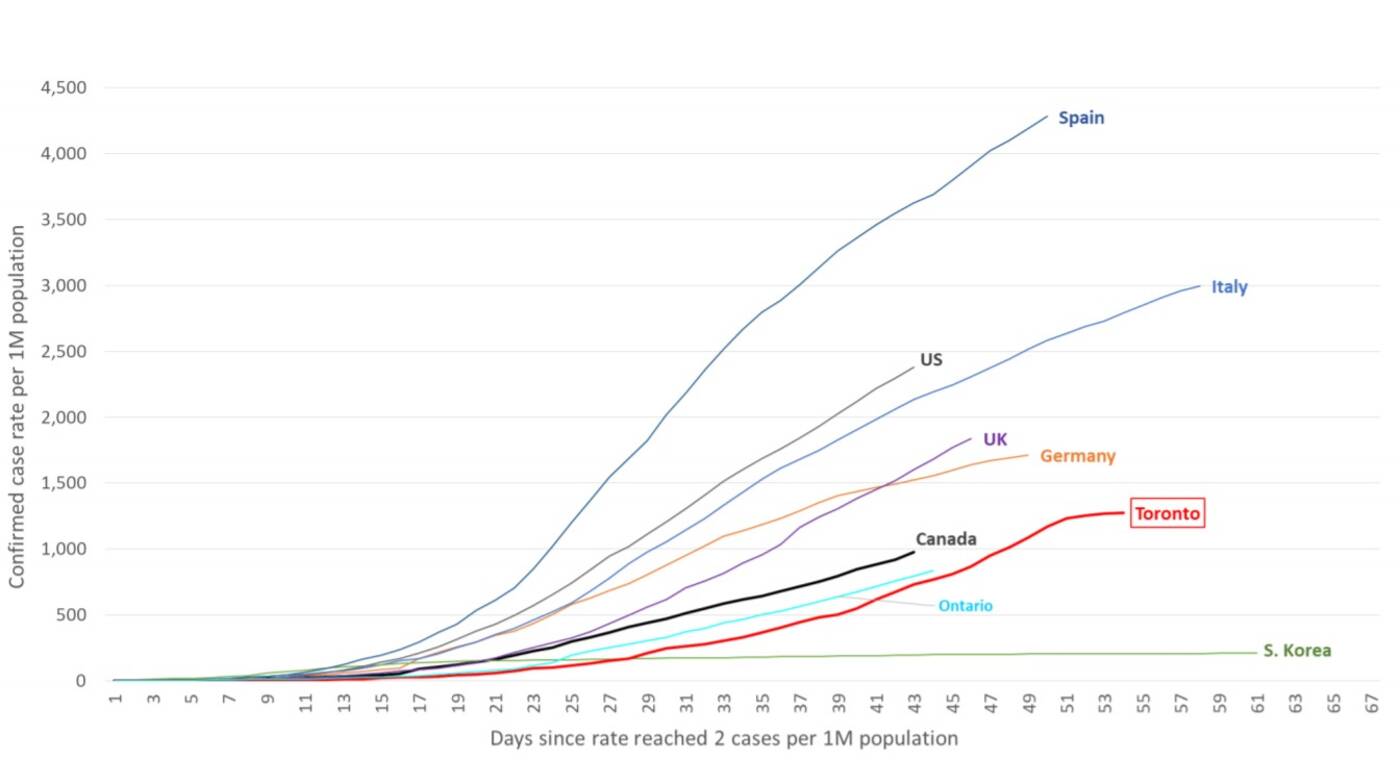 A graph released by Toronto Public Health today shows the number of cases in Toronto lower than originally forecasted. Graph via City of Toronto.

Toronto Public Health released three graphs today, including the cumulative rates of COVID-19 in Toronto, Ontario, and Canada, compared to other countries like South Korea (where the curve was flattened early on) and Spain, which has the highest number of cases by far.

In comparison, Toronto's projection appears to be stabilizing. Meanwhile, Ontario has reported that the number of cases appears to be peaking earlier than expected, with a drop in deaths and fewer patients on ventilators.

"Thank you everyone for following the advice to stay home and practice physical distancing," said de Villa . "I know it has been difficult, but I hope you are now seeing the benefits of these actions." 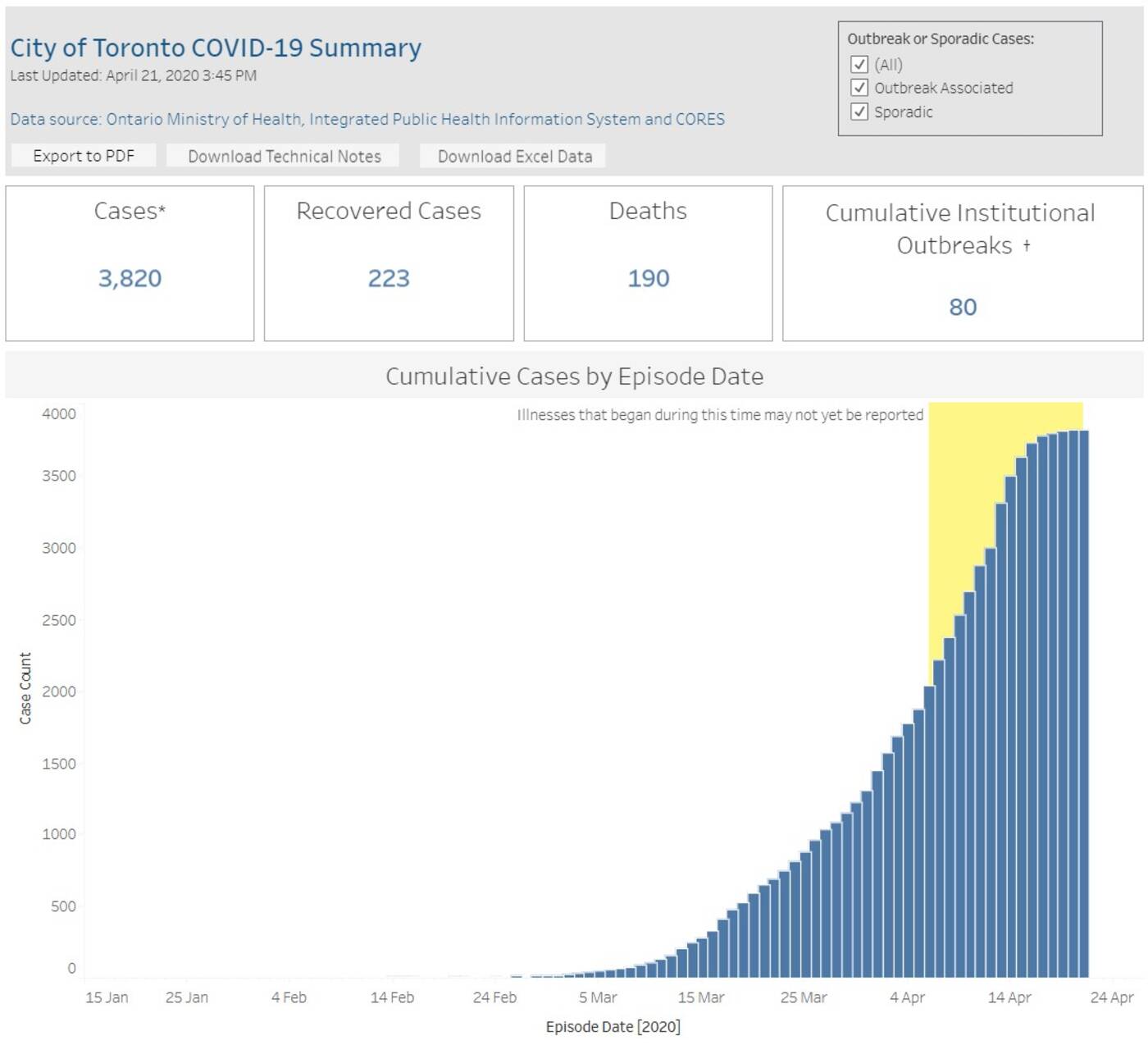 The City updated their COVID-19 site to include a new data dashboard that updates in real time.

But despite health officials pointing to this period of time as a peak in Toronto's community transmissions, de Villa said we won't be able to know for sure until after that peak has passed.

She stated that, until Toronto citizens develop herd immunity to the virus, or a vaccine is developed (which could be months to over a year down the line), the city will have to continue with physical distancing measures to slow the rate of infection.

The site now also includes updates on the number of active oubtreaks in shelters and respite sites in the city, which will be updated three times a week on Monday, Wednesday, and Friday.