As Toronto comes together in unity to fight against the COVID-19 pandemic, it seems some are still determined to spread hate in the city by vandalizing a downtown building with an offensive message.

"Zionists are not welcome," reads the message plastered on the side wall of the Aroma cafe at 540 College St.

Someone spray-painted a hate message beside an Aroma near Bathurst & College - 📹 Fefee https://t.co/QWF3MrC410 #Toronto pic.twitter.com/3Cjd5xpAXq

For those who don't know, the word "Zionist" refers to anyone who supports the right of Israel to exist as a nation, and Aroma was likely chosen as the target for this vandalism due to the fact that it's an Israeli company.

Footage of the message was captured by a passerby earlier today, and it appears as though it's been there for more than one day as one unnamed resident of the building had time to write and put up a message of their own condemning the act. 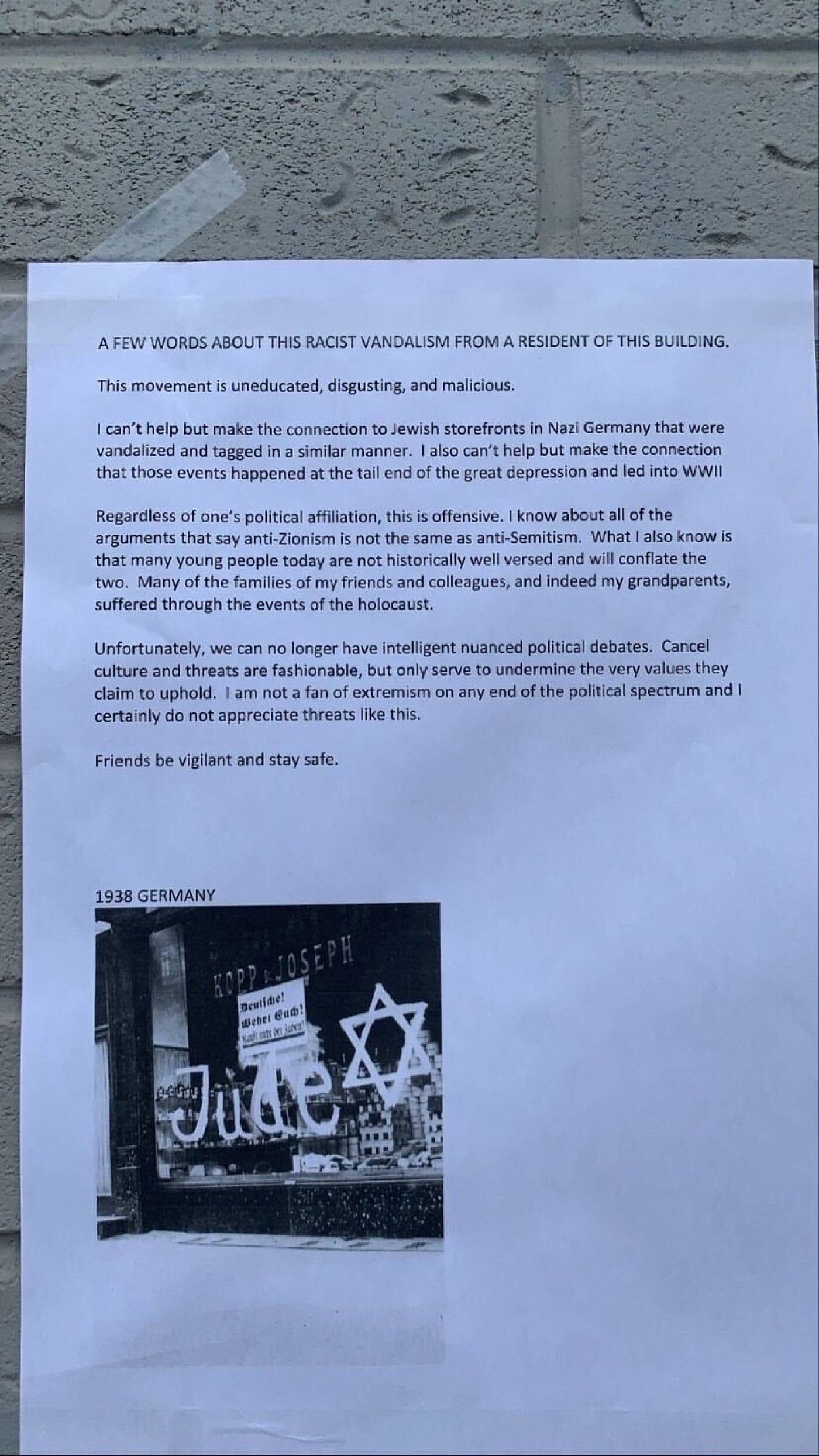 "This movement is uneducated, disgusting, and malicious," the anonymous message posted directly next to the vandalism states.

The letter goes on to compare the act of hate to what happened to many of the Jewish storefronts in Germany when they were vandalized during WWII, and it acknowledges that the message is offensive regardless of one's political affiliations.

"I know about all of the arguments that say anti-Zionism is not the same as anti-Semitism. What I also know is that many young people today are not well versed and will conflate the two. Many of the families of my friends and colleagues, and indeed my grandparents, suffered through the events of the Holocaust," the message reads.

"Unfortunately, we can no longer have intelligent nuanced political debates. Cancel culture and threats are fashionable, but only serve to undermine the very values they claim to uphold. I am not a fan of extremism on any end of the political spectrum and I certainly do not appreciate threats like this," it continues.

"Friends be vigilant and safe," reads the end of the letter along with a photo of a vandalized Jewish storefront in Germany from 1938.

It's safe to say that now, more than ever, is a time to focus on what unites us rather than what divides us.