Bamburgh Gardens Shopping Plaza has been around for decades, and it shows.

This squat, crescent-shaped strip of eateries and miscellaenous shops harkens back to a very specific era of Toronto suburbia, when strip malls were popping up across the residential landscape. 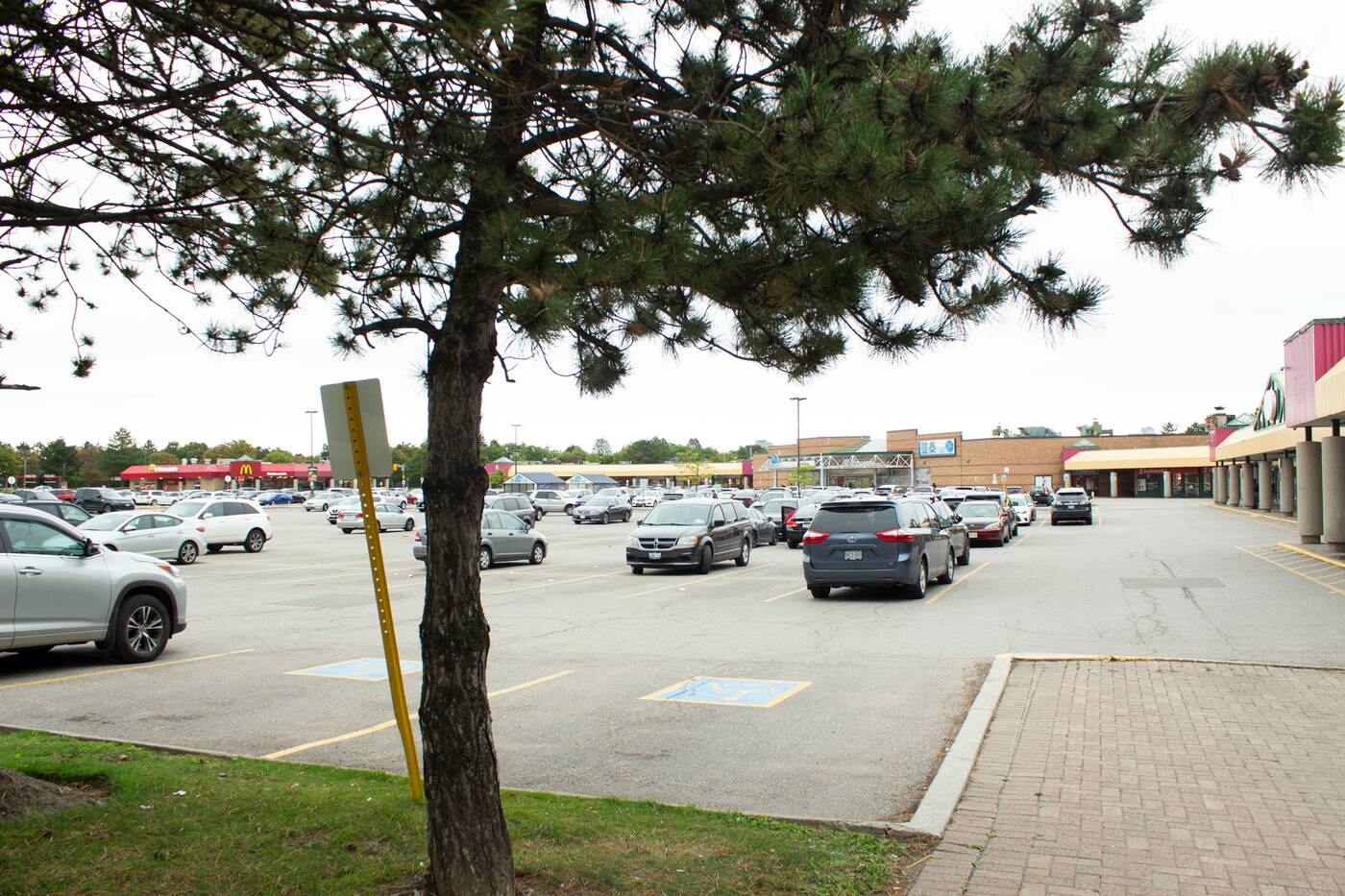 Cement pillars, glassy skylights, and an outdated palette of beige- and aqua-coloured rooves don't make Bamburgh Plaza much to look at.

But visit on a weekend, and you'll see that this hub is as important now as it was when it was first built more than 30 years ago, thanks to several staple businesses which are nearly just as old. 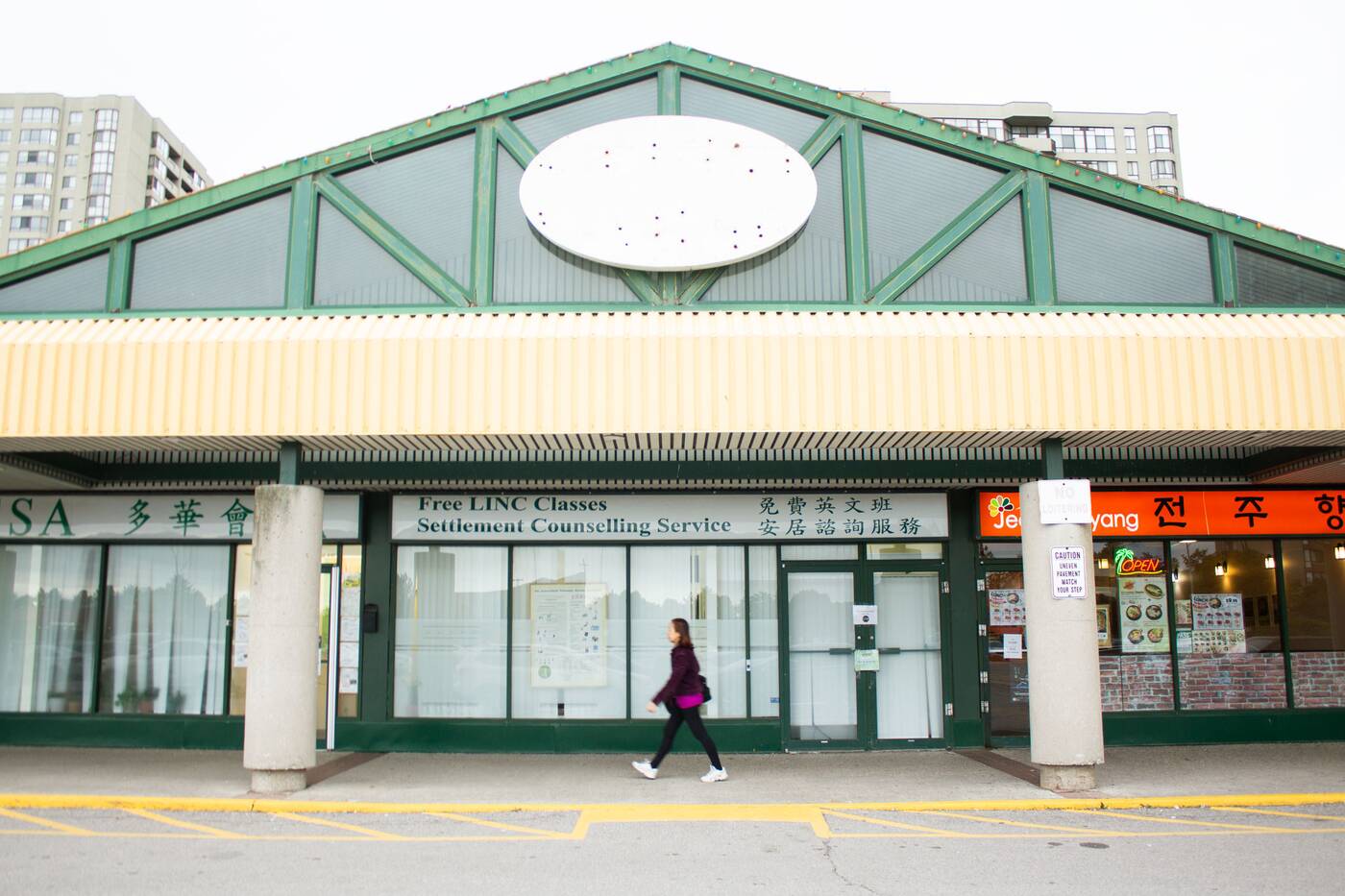 As the largest shopping centre on Steeles, Bamburgh Plaza serves a critical community operating in and around Bamburgh Circle, which casts its perimeter outward, using Warden Avenue as its axis. 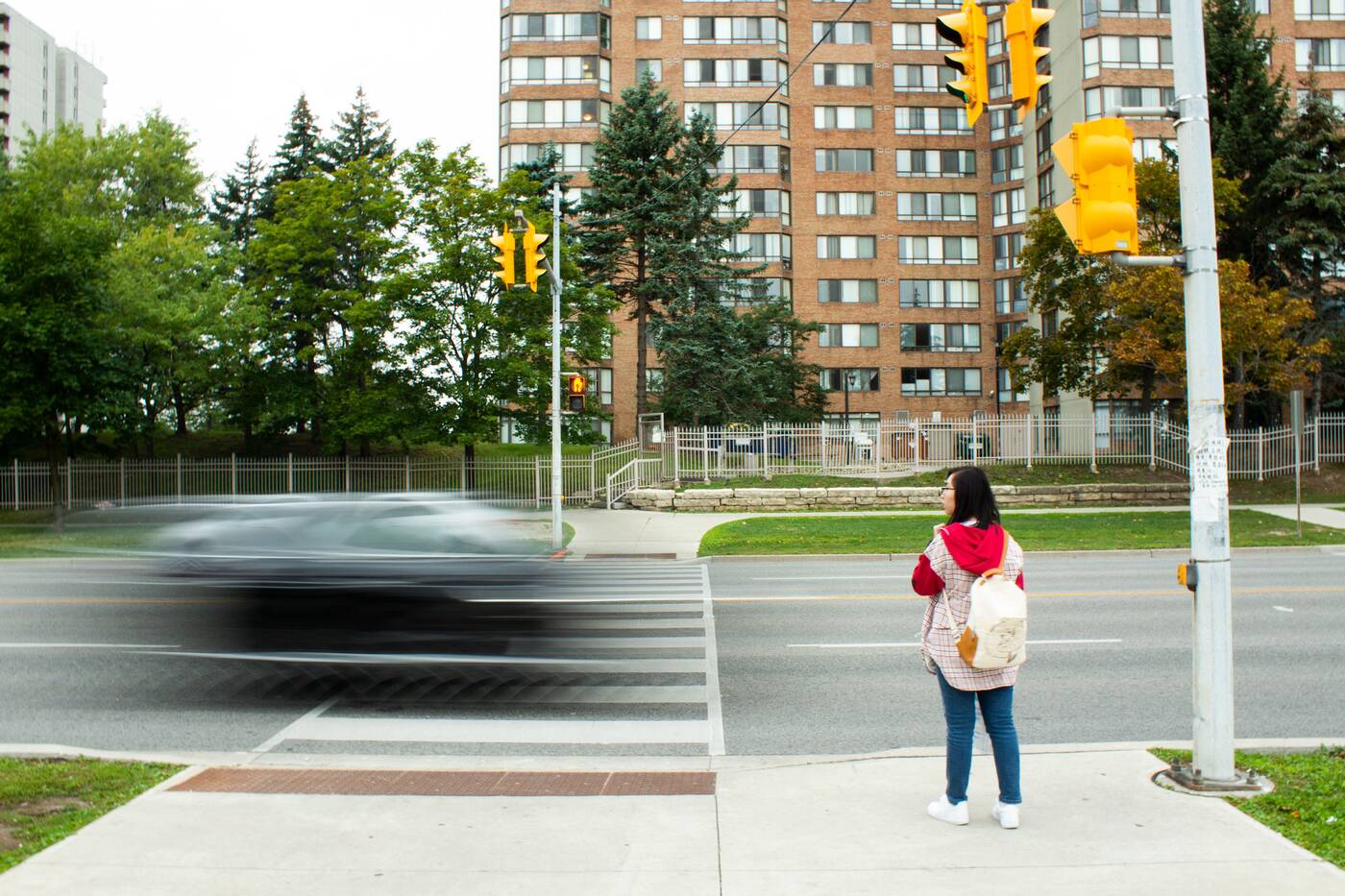 Along that circle are a handful of apartment buildings, inhabited by a largely Chinese population whose kids attend the smattering of public and Catholic schools nearby, from Norman Bethune Collegiate and David Lewis to Saint Maximillian and Mary Ward across L'Amoreaux Park.

"Everyone that lives in Scarborough should know this plaza," says Ms. Chan, the owner of Oo-Kinza Fish Market, the newest arrival at Bamburgh Plaza. 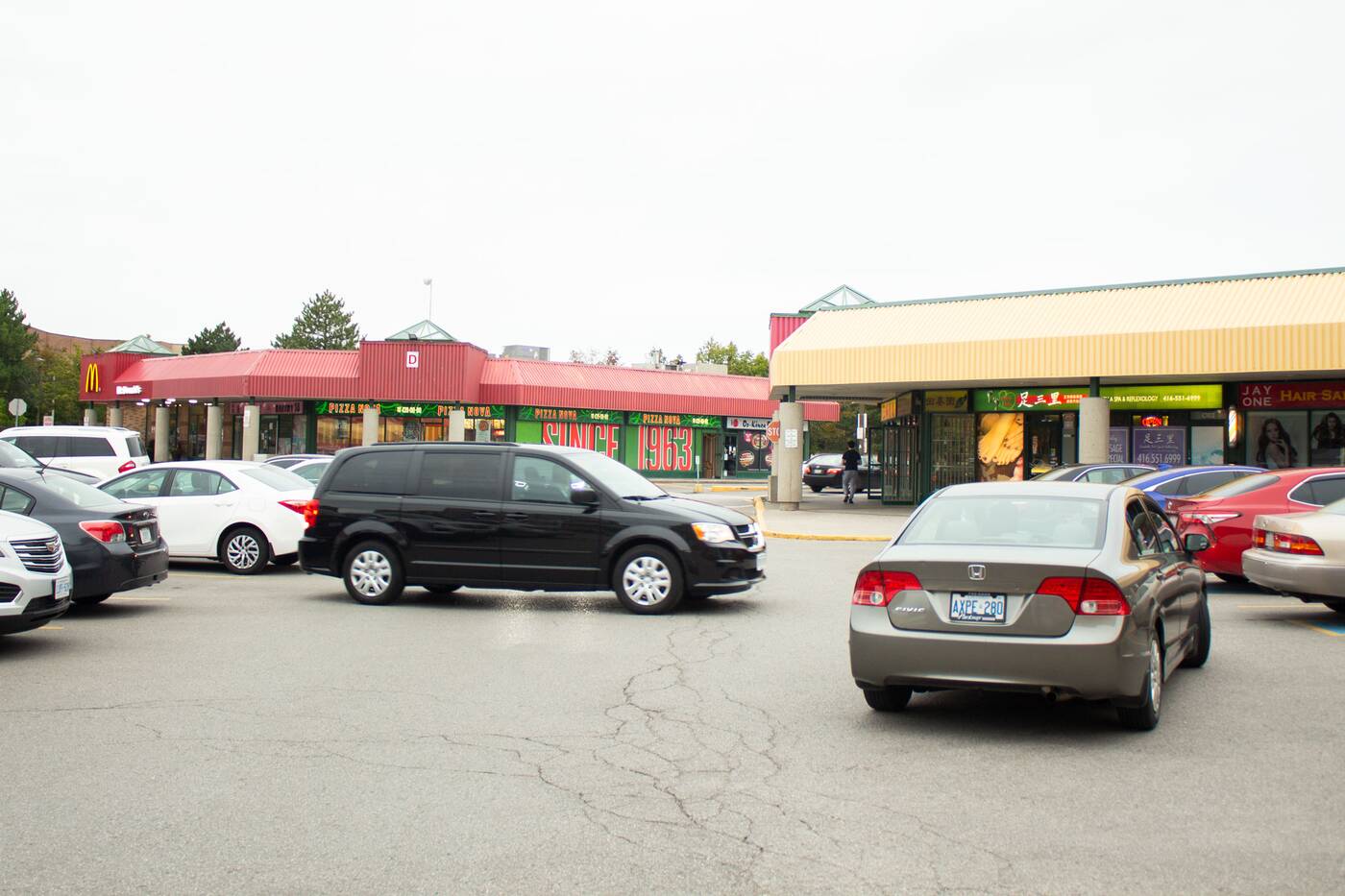 Taking over a corner shop which, for the past 20 years, has been occupied by a series of sushi restaurants, Ms. Chan says she's happy to continue the tradition.

"When I was younger in elementary school, my parents used to come to the grocery store here every Wednesday, and afterward we'd eat at D&R Wings...this kind of plaza, it's a one-stop shop." 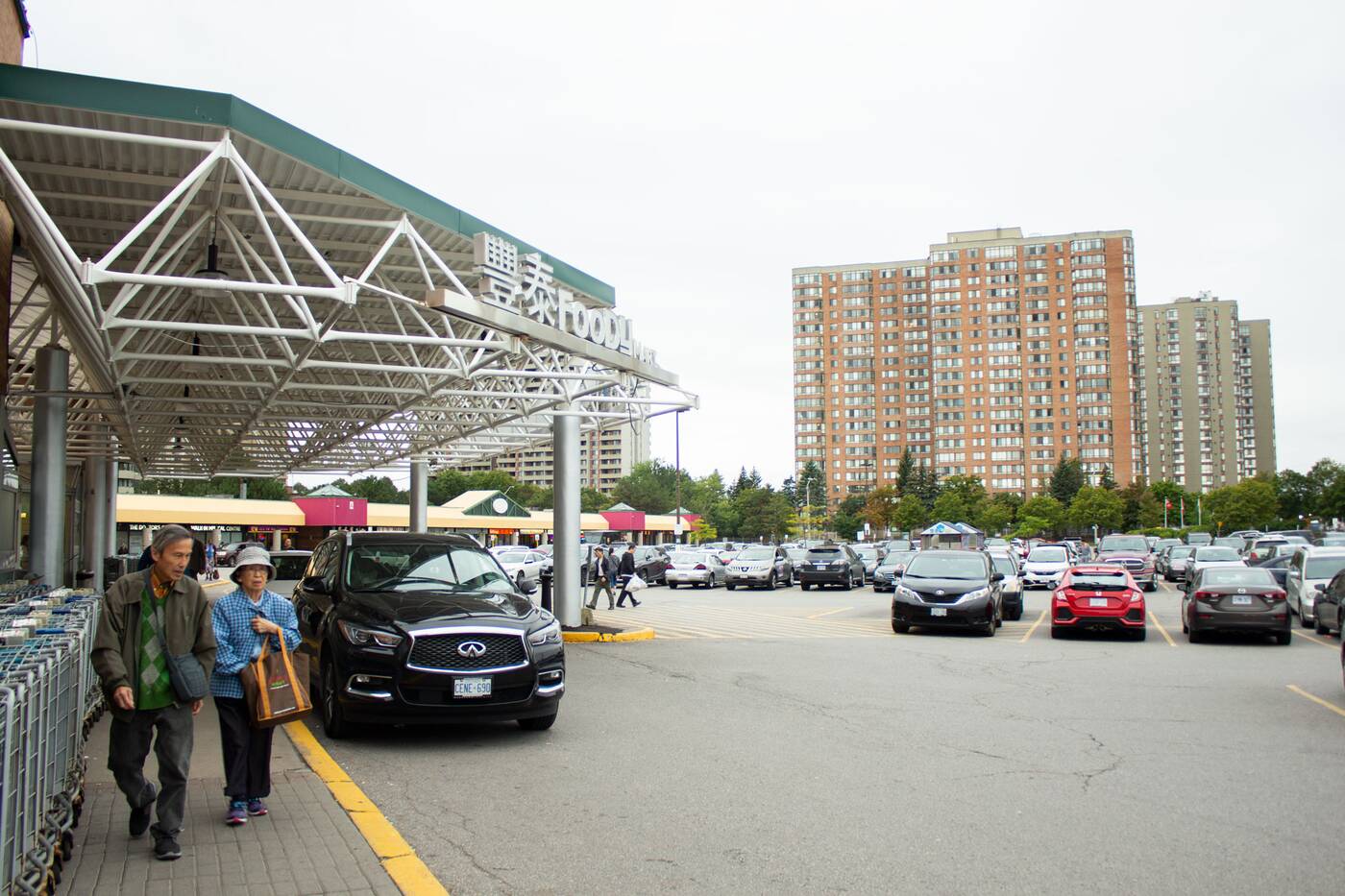 Like any successful community hub, the main anchor here is the grocery store, Foody Mart, which used to be a T&T pre-Loblaw acquisition days. 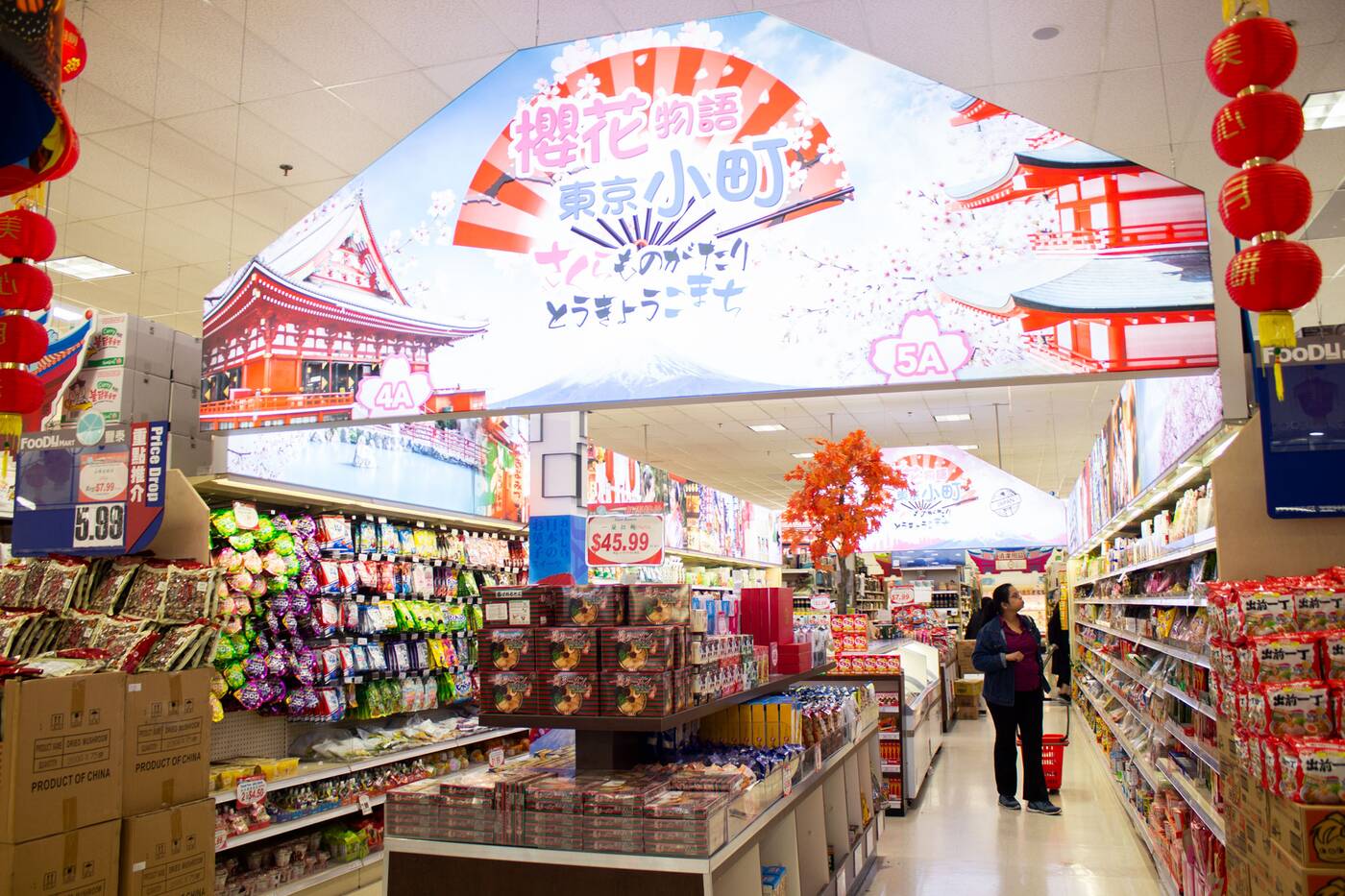 The entrance—both impressive and old-school with its geometric support beams—is usually bustling with rattling shopping carts and the sound of the old erhu player, who plays traditional Chinese tunes for change. 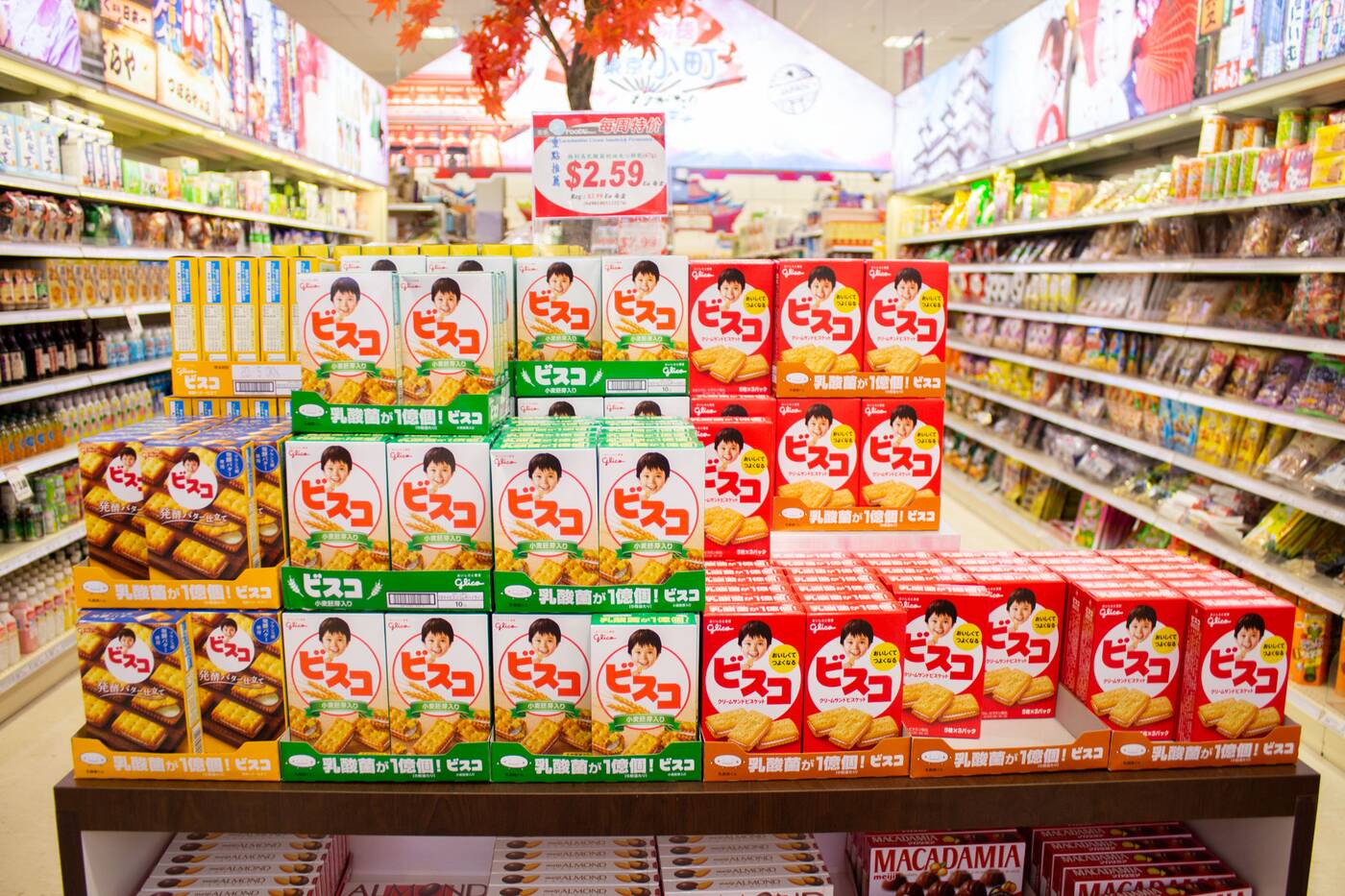 Inside, you'll find the usual abundance of stock expected at most Asian grocery stores, though the entire aisle dedicated exclusively to snacks, candy, and beverages imported from Japan is definitely what sets Foody Mart apart from the rest. 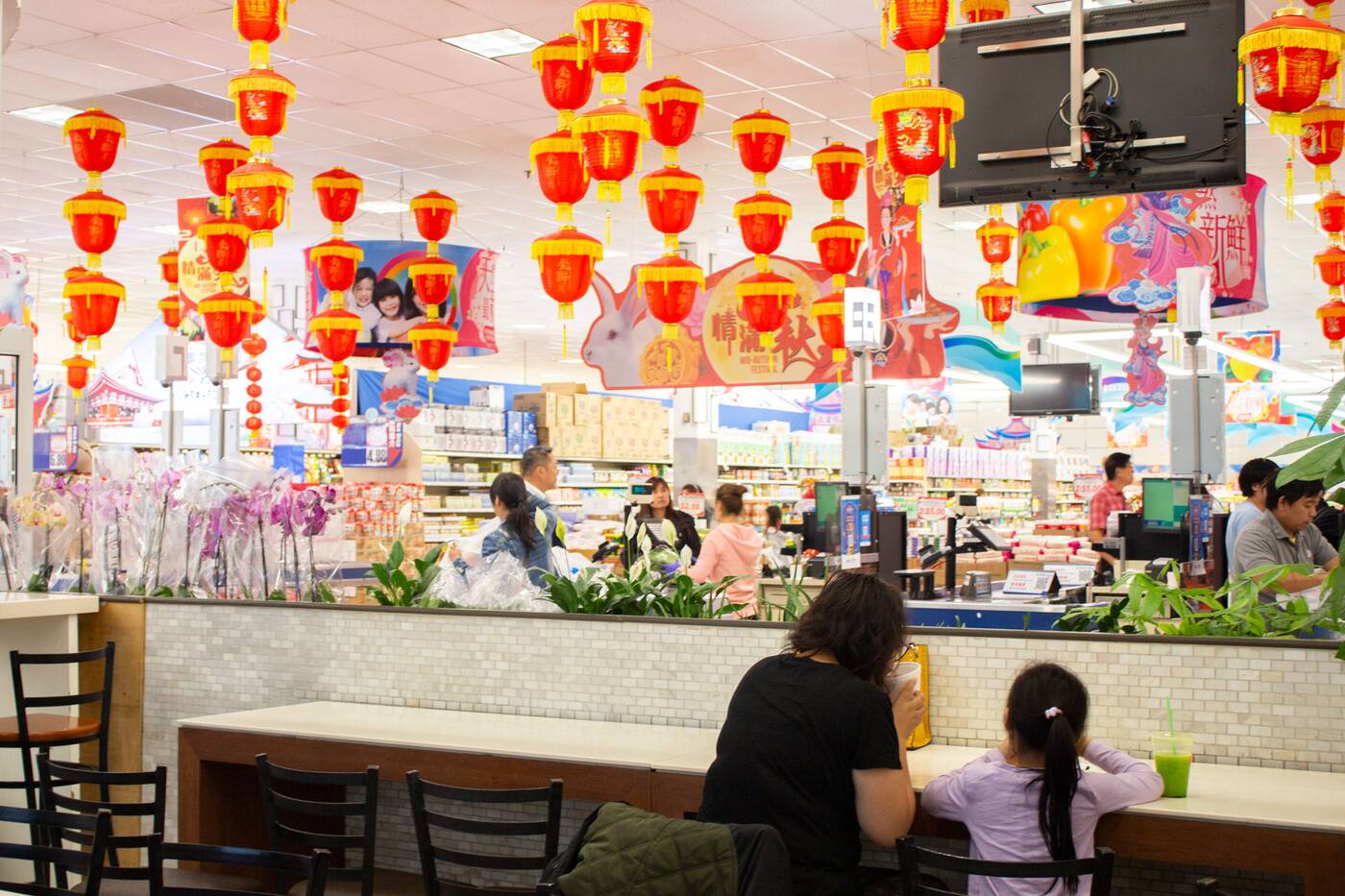 There's also a food court area in the front, where tired shoppers can dine on to-go sushi and questionable bubble tea. 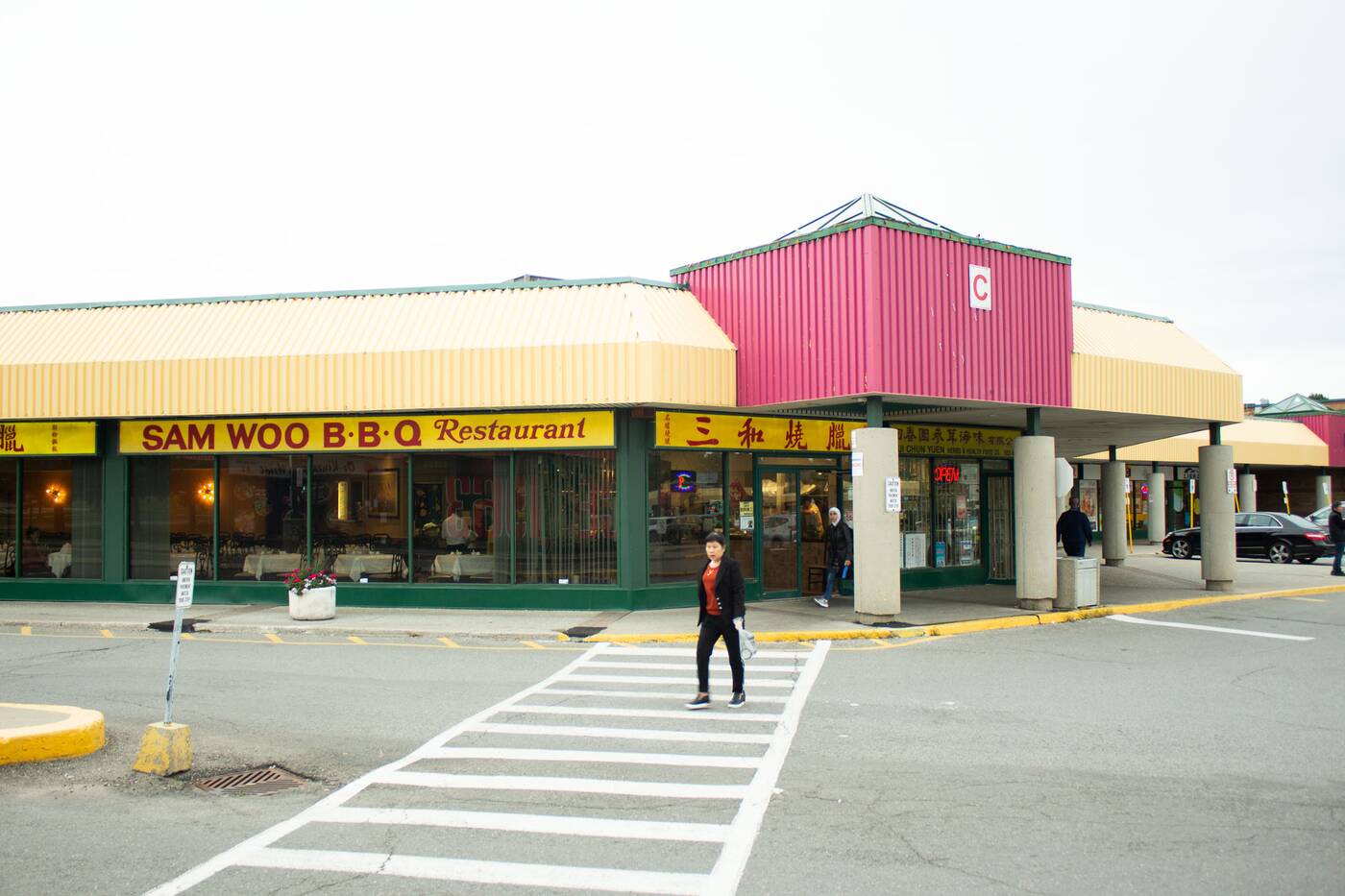 Anyone who considers them well-versed in Scarborough Chinese haunts has to know Sam Woo, sitting on the northern corner of the plaza with its counter window full of hanging ducks. While prices have gone up over the years, you'll still have to wait for a spot on most days. 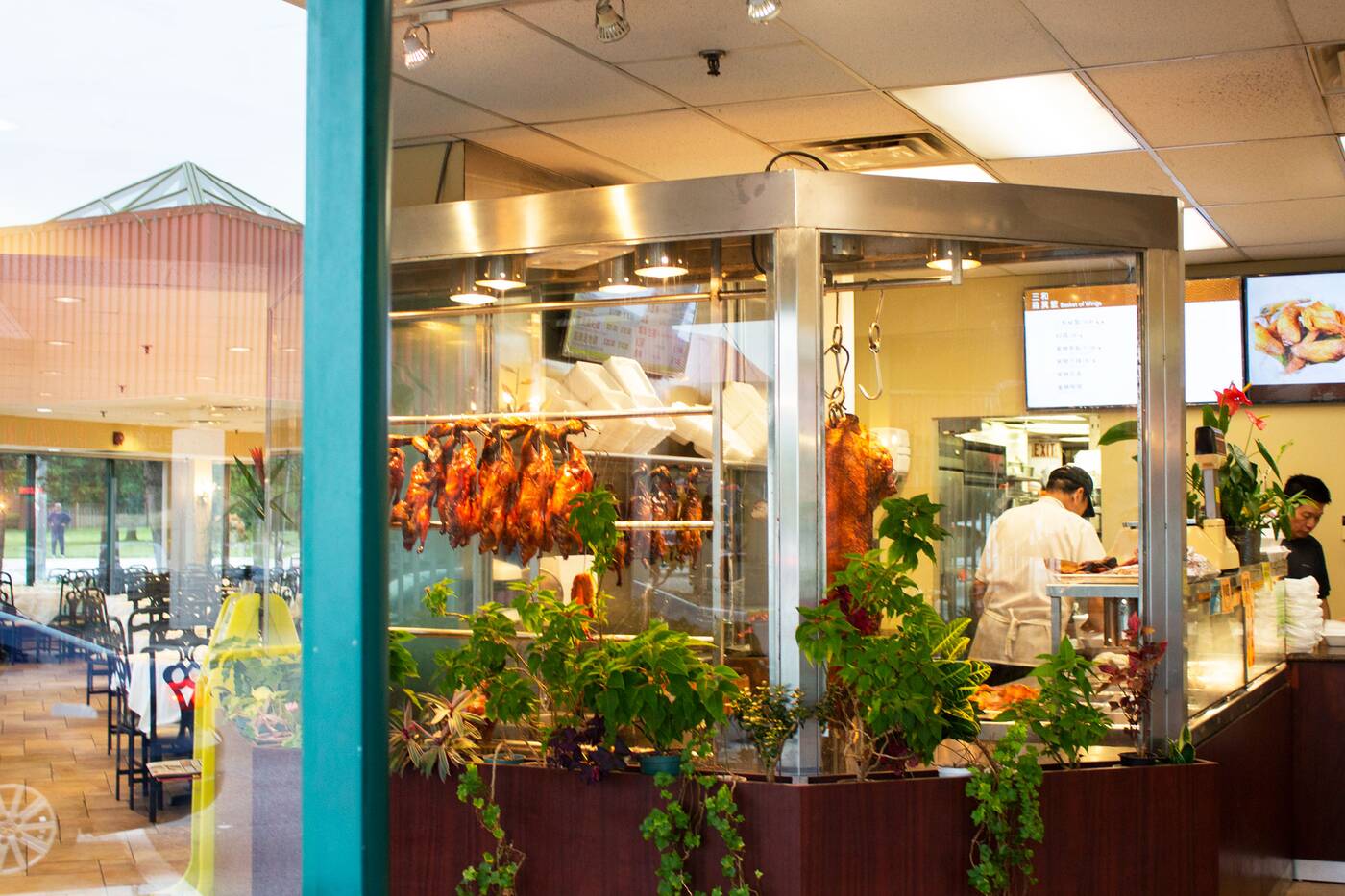 A second Sam Woo used to sit on the opposite end of the plaza, but has since been replaced with the doily curtains and white table cloths, Chinese banquet style, of Crown Jewel Fine Dining. 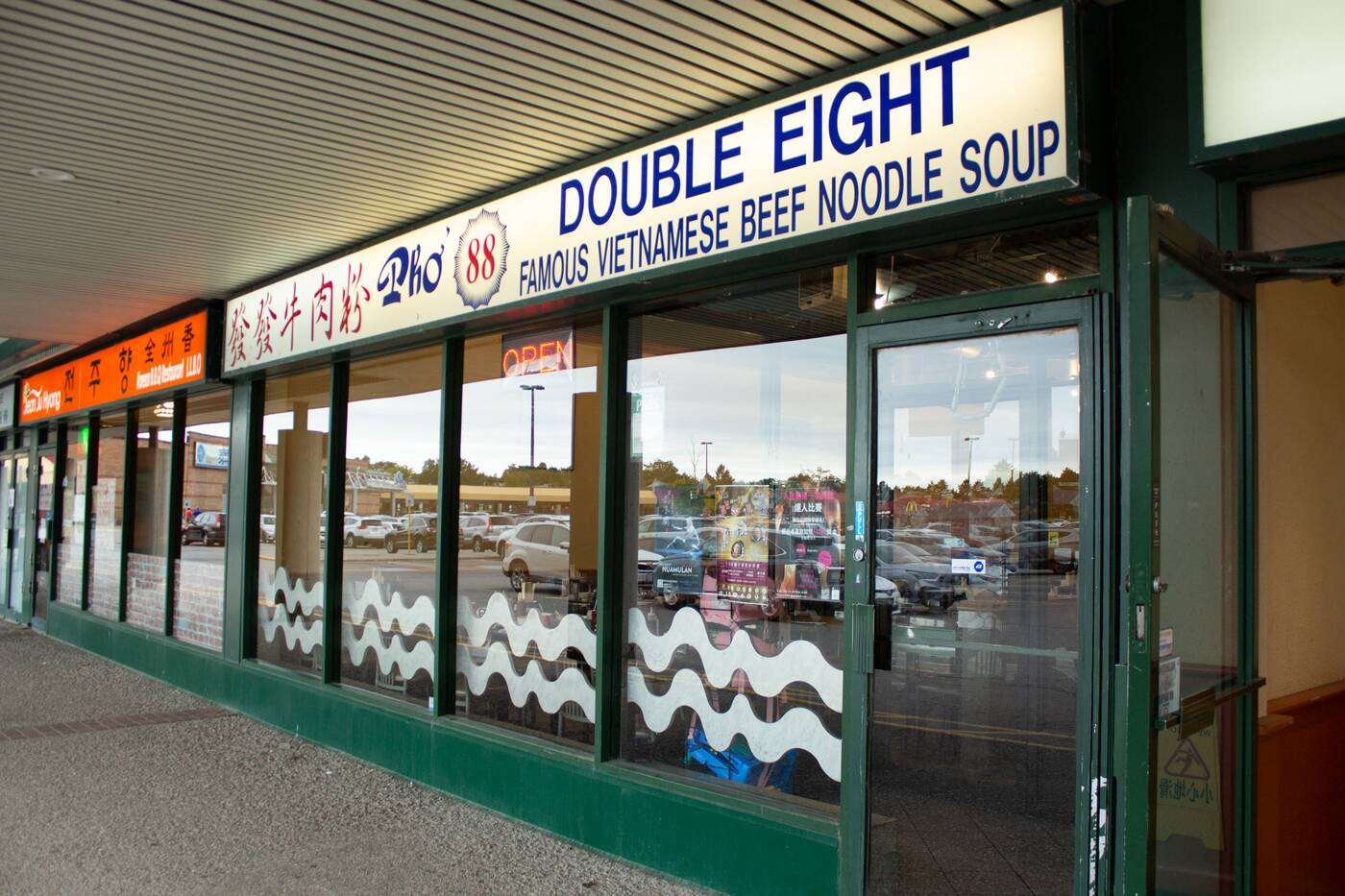 Pho 88 still remains one of the go-to places for massive bowls of fast and cheap Vietnamese noodles after more than 20 years. 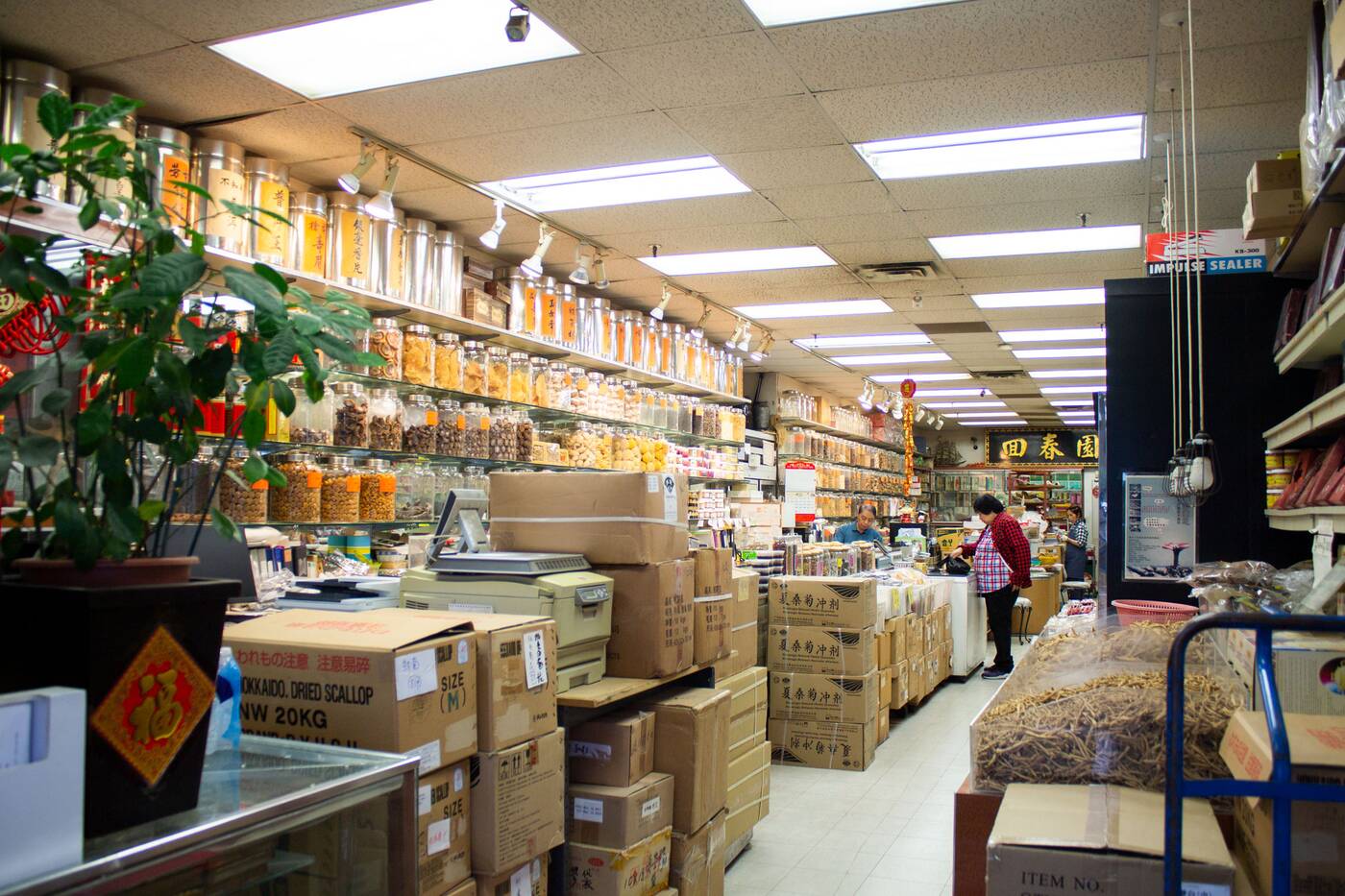 Next door D&R Wings, which has probably been around for just as long, is still dingy as ever. Despite its seriously outdated appearance, this Hong Kong-style diner still manages to keep a loyal clientele.

Somewhat unexpected is the Steeles Library Branch, with its awkward side entrance tucked away at the back of a dark alley. 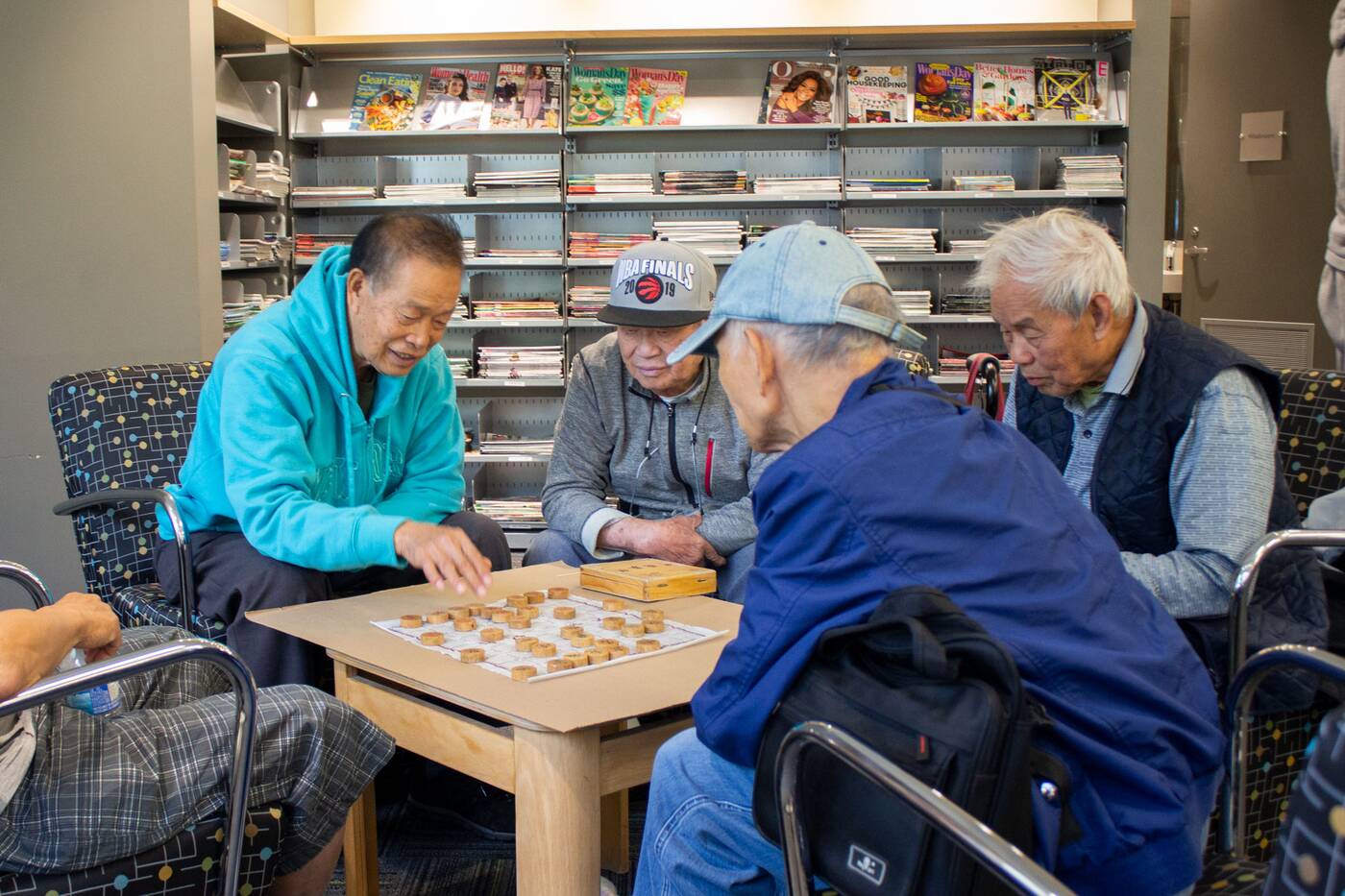 Tiny and cramped, it's always full of kids, with a table relegated to elders playing Chinese chess who, thanks to hearing aids, need to be shushed by librarians every so often.

At the northern part of the parking lot is where non-Chinese speaking guests find the most appeal: a McDonalds, with its bustling drive-thru, and Scarborough's first ever Pizza Nova, opened by the Primucci family in 1963. 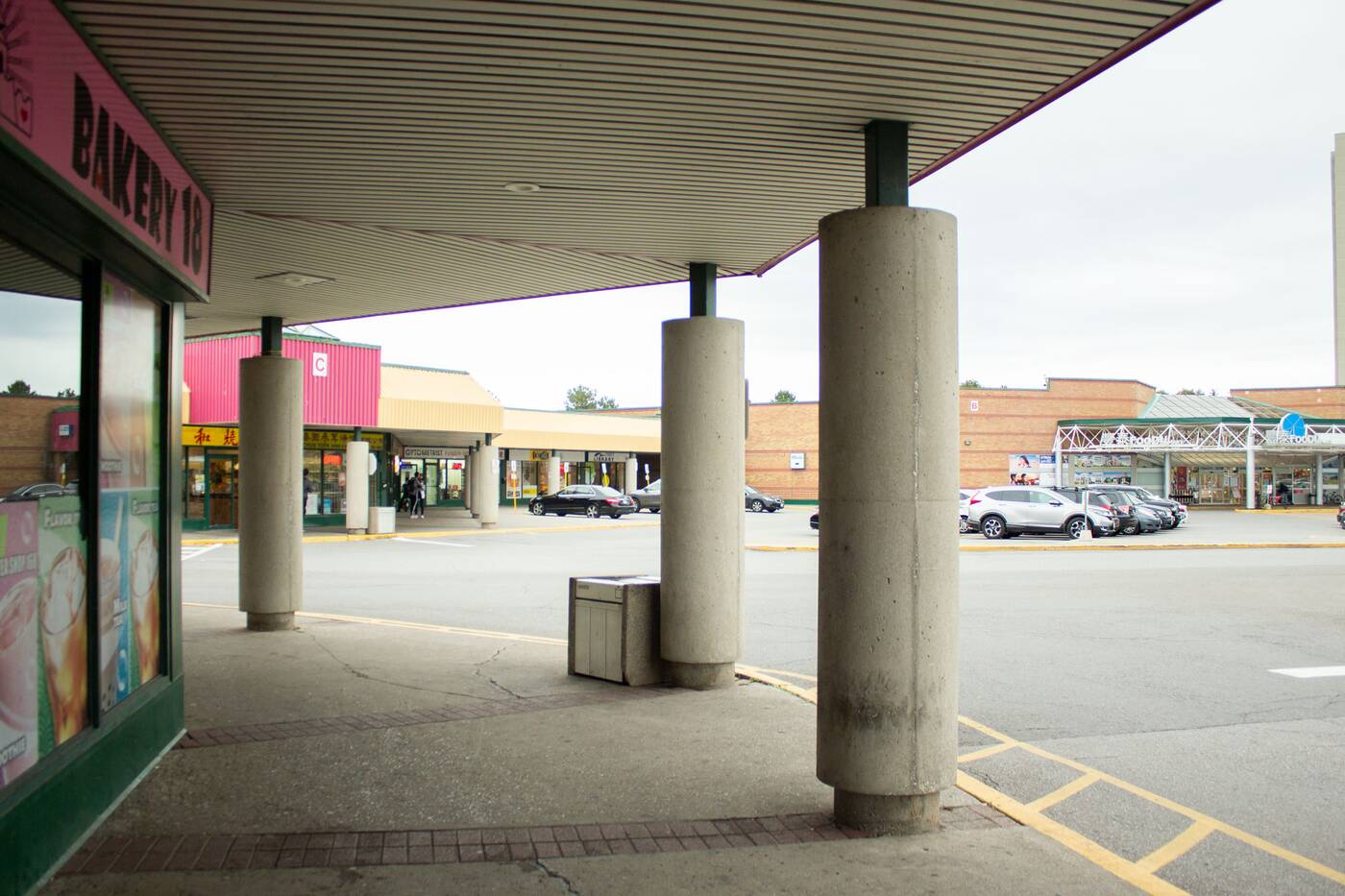