The original Pizza Nova that started the pizza chain still exists in Scarbrough near Lawrence and Kennedy. The almost 50 year old pizza institution started out with one humble restaurant, and then became the empire we know and tolerate today. Up for a bit of an adventure I decided to check out whether the first location scores points for nostalgia trips or otherwise offers up anything special.

I immediately realize that the first location has some stark differences with the rest of the chain. It has a full wine and beer menu, $27 steaks, burgers and even serves brunch too. Take that Pizza Pizza. Yup, the first location is fancy (in relative terms). 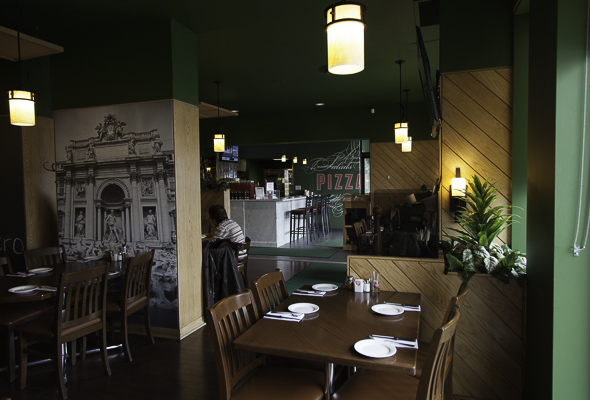 Purists will be happy to know that this Pizza Nova maintains the same logo and frontage as it did when it was founded, making the restaurant easy to spot. But any familiarity goes out the window when you walk into the retro dining room. Operating side by side with a takeout counter, the original location welcomes you with a hostess, a massive marble bar and a TV screen permanently parked on CP24.

The room itself has been recently updated (partially) but the laminate wood festooned walls still reek of the 70's decor that is mostly relegated to suburban rec rooms now. 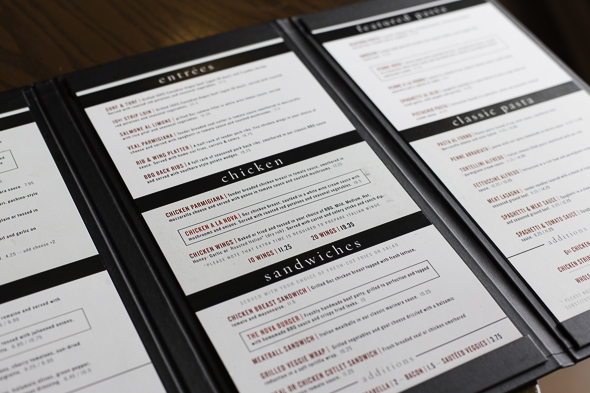 It took some time to sort out what would be worth trying, other than pizza of course. Sandwiches, burgers, seafood and even brunch options compete with the massive pizza menu. 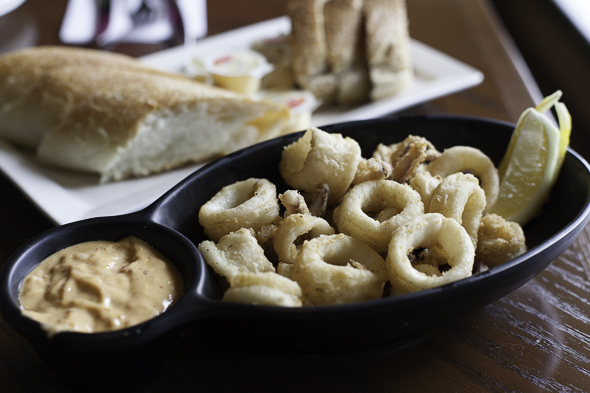 We start with the Calamari Nova ($10.25) which arrives in a black vessel with some spicy mayo dip and a half carved lemon. The golden rings are the right colour after a bath in the deep fryer but are rubbery and raw on the inside; we chomp on two or three before feeling queasy and leave the rest aside. The rejected bowl is removed by the server, who whisks them away without a word; seemingly unsurprised by the untouched leftovers. 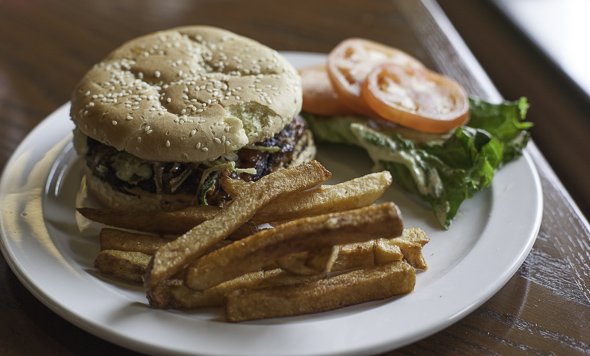 The Nova Burger ($12.99) seems like a safe choice. A freshly made patty with homemade BBQ sauce and crispy fried leeks are promised on the menu but instead the burger arrives in what I swear looks like a Schneider's frozen meat puck with three sad pre-cut tomatoes, wilted lettuce and half cooked fries. 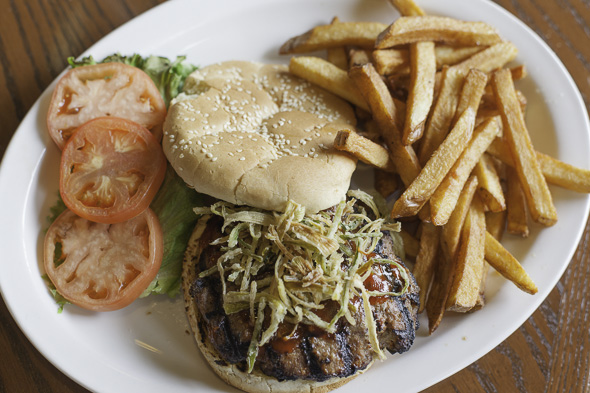 The top bun appears pre-chewed with a noticeable chunk missing from one side. The bottom bun is soggy from the burger grease and the crispy fried leeks look like crusty fried grass. 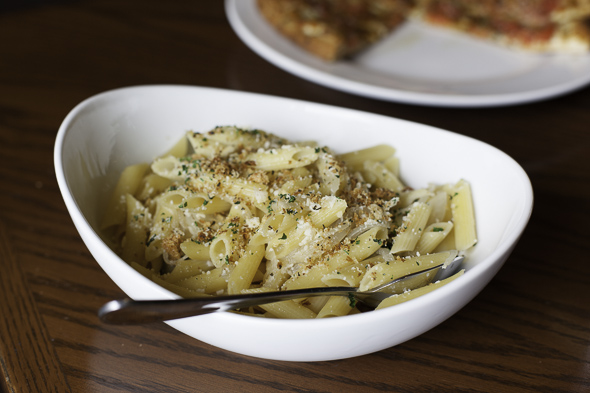 Penne Nova ($13.75) comes next and is also decidedly unappetizing. The caramelized onions are really just raw white onion slivers, and the luxurious white wine sauce is just a pool of oily white wine in the bottom of the bowl. Sauteed broccoli is almost non-existent with a mere four to a bowl full of broken promises.

At least the pizza would be ok right? Wrong.

The Nonna's Favourite ($11.99) is billed as a white pizza with plum tomatoes, sprinkled with basil and parmigiano cheese. Sadly, it's mostly just squishy tomatoes with an overhand toss of dried Italian seasoning. Secretly, I was hoping for something resembling a margherita but with no basil at all, it's mostly just a circle of neglect. 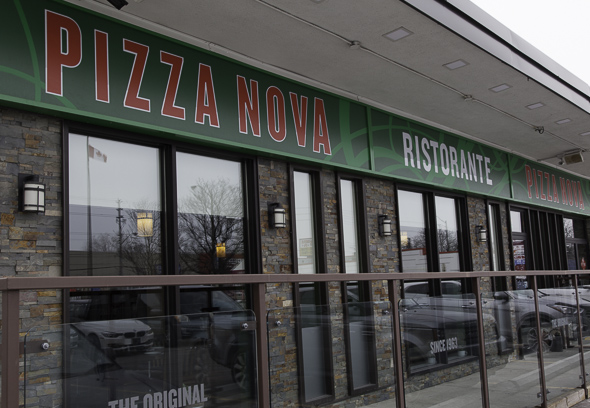 It's hard to imagine why, with absolutely no redeeming qualities, this restaurant ballooned into the franchise empire it is now. I certainly wasn't coming here expecting gourmet pizza and pasta, but with a pedigree like Pizza Nova I'd expect the restaurant to at least get me fed. In reality, Harry's drive-in next door is a much better option.