Oo-Kinza Fish House is currently open but their offerings and services may be affected due to the pandemic. Please contact the business directly for more information about any changes. Is this your business? Please contact us if you would like to update this message.

Oo-Kinza Fish House is a tiny market for premium seafood and limited seating for feasts of Japanese sea urchin, oysters, and donburi.

Stumbling on this narrow corner shop in the Bamburgh Circle Plaza feels a lot like finding a hole-in-the-wall spot in Japan. It's a tight squeeze, and only four seats line its low-hanging bar by the chef's counter. 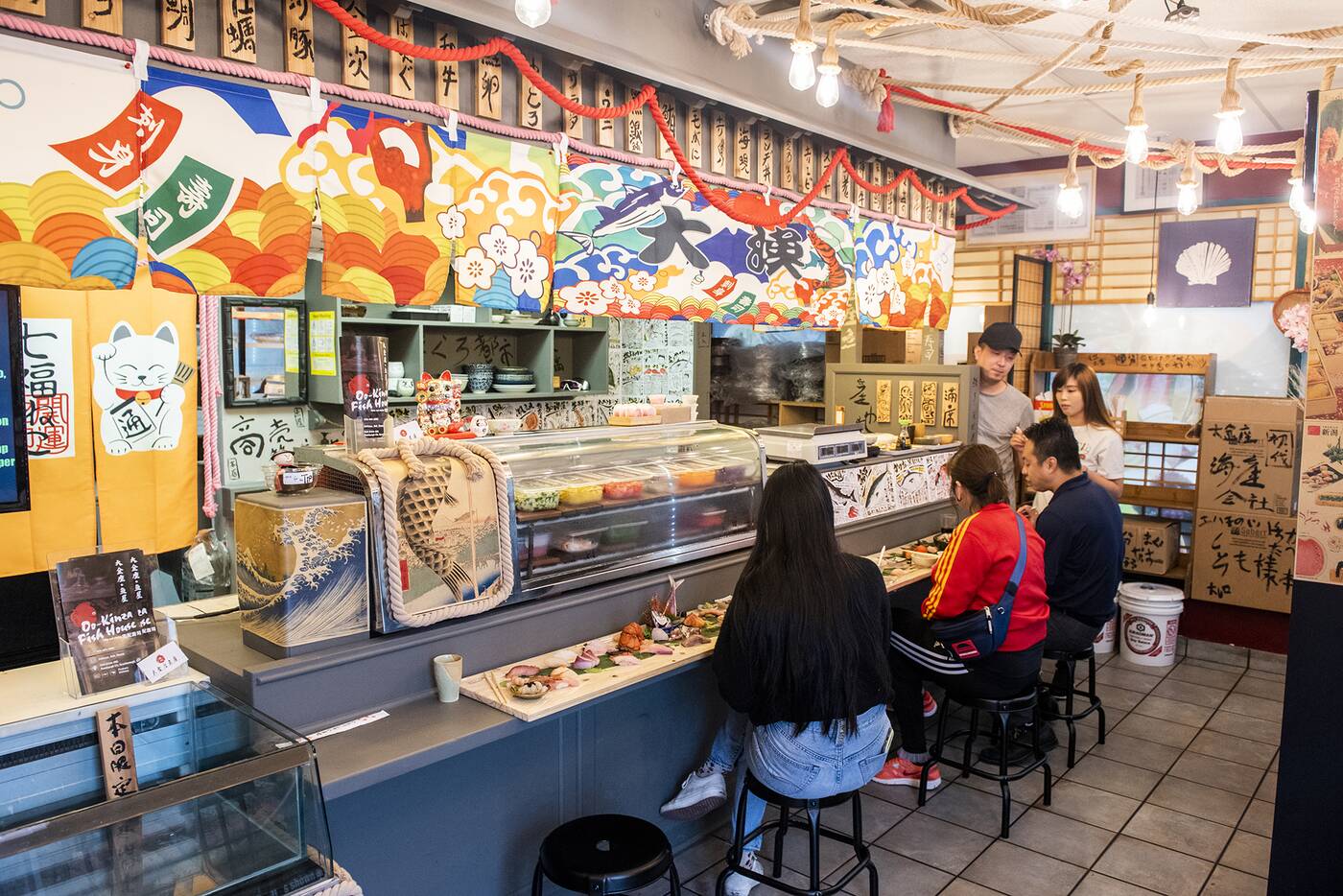 What's interesting about the space is that it's been home to some kind of sushi shop or the other for the past two decades, so it's nice that Oo-Kinza has continued the tradition with its seafood fare and party trays (order them a day in advance). 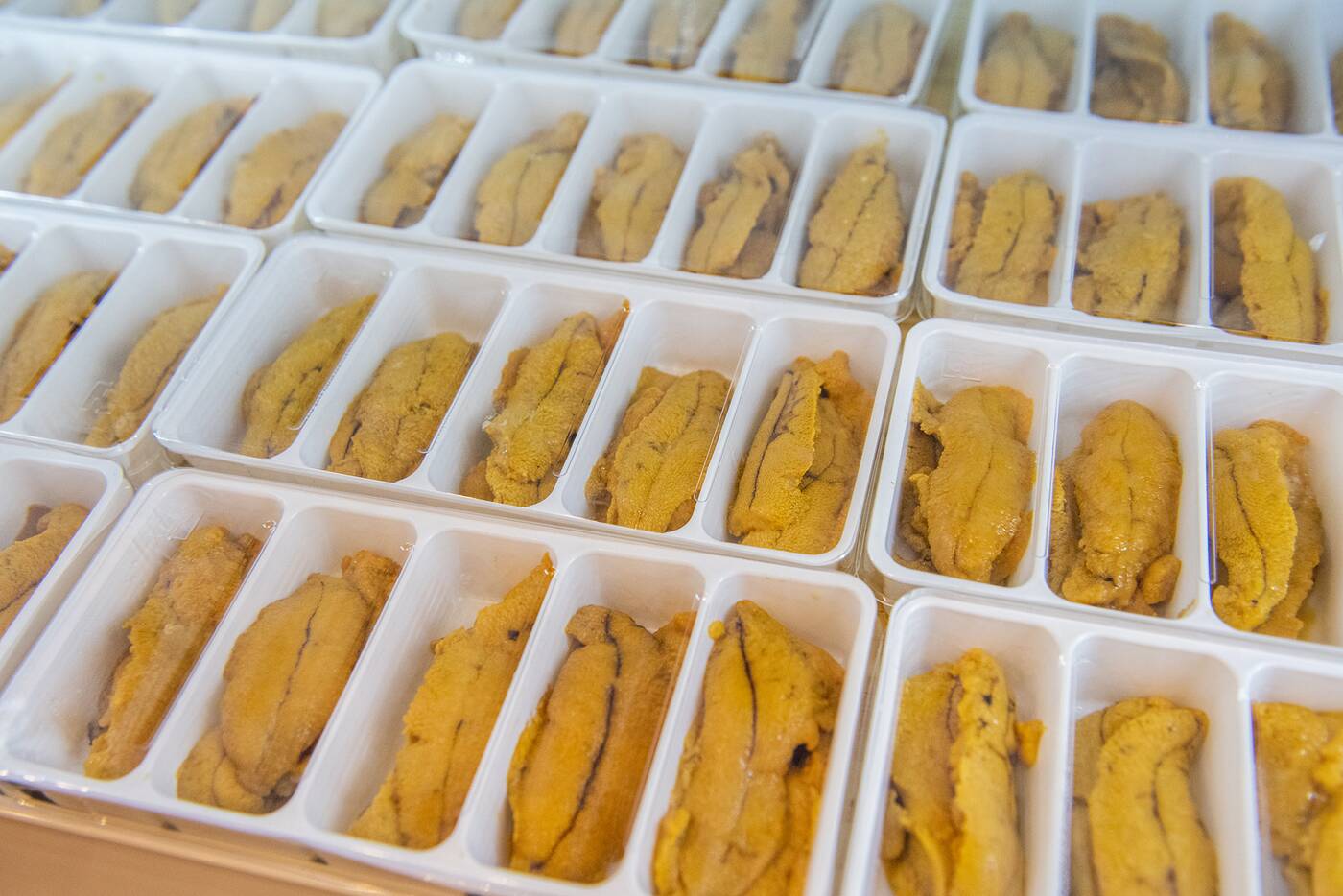 Aside from being able to buy any fish available by ounce, half-pound, or pound, what sets this store apart is its focus on uni—the prized sea urchin—and variety of oysters, along with the chef's willingness to build certain orders from scratch and charge by weight. 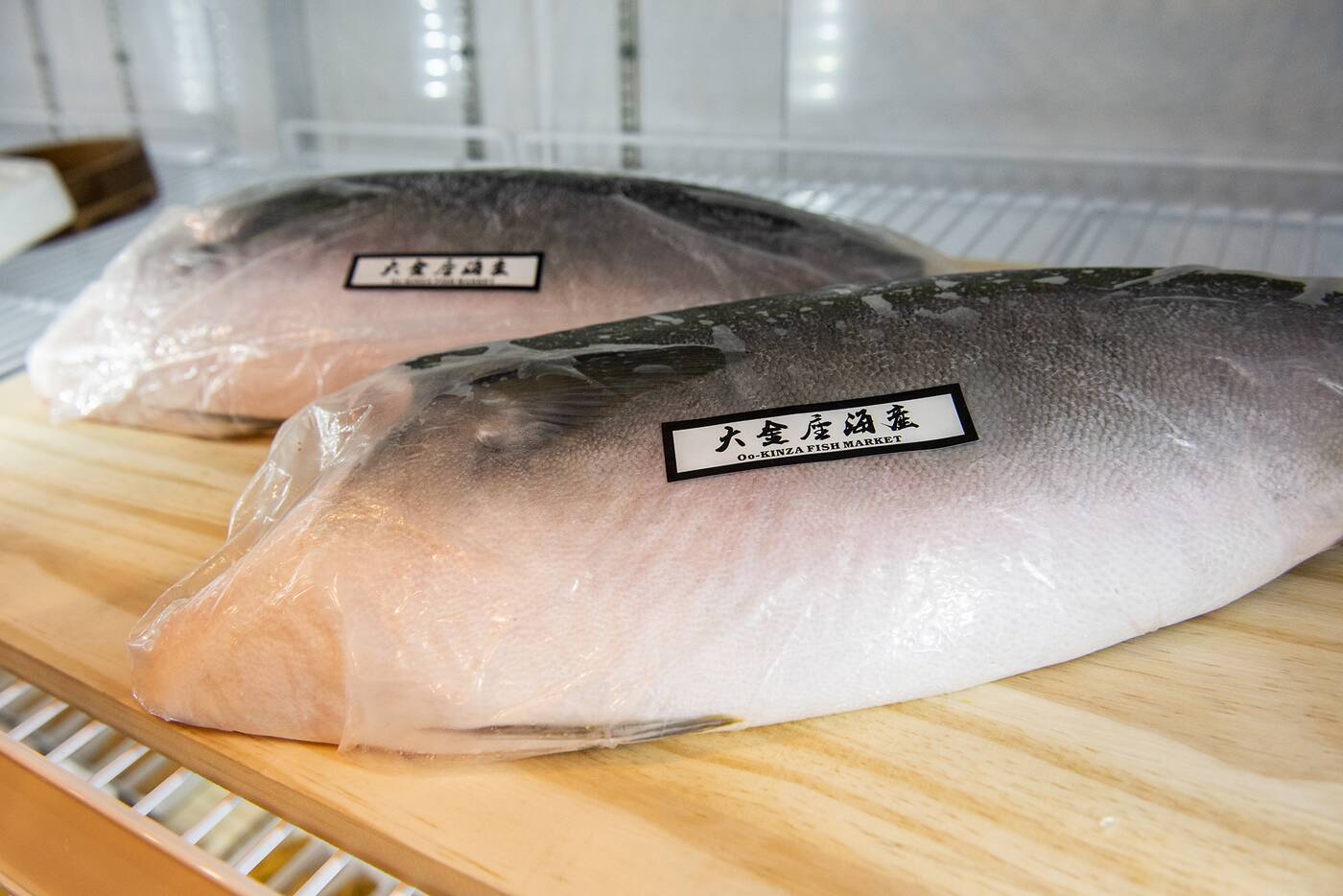 Fridges lining the wall are filled with trays of uni from B.C. (it's $25 for a tray of 5, or $5.50 per piece). It's not particularly easy to find and purchase uni, so the abundance will have lovers of this creamy ocean delicacy over the moon. 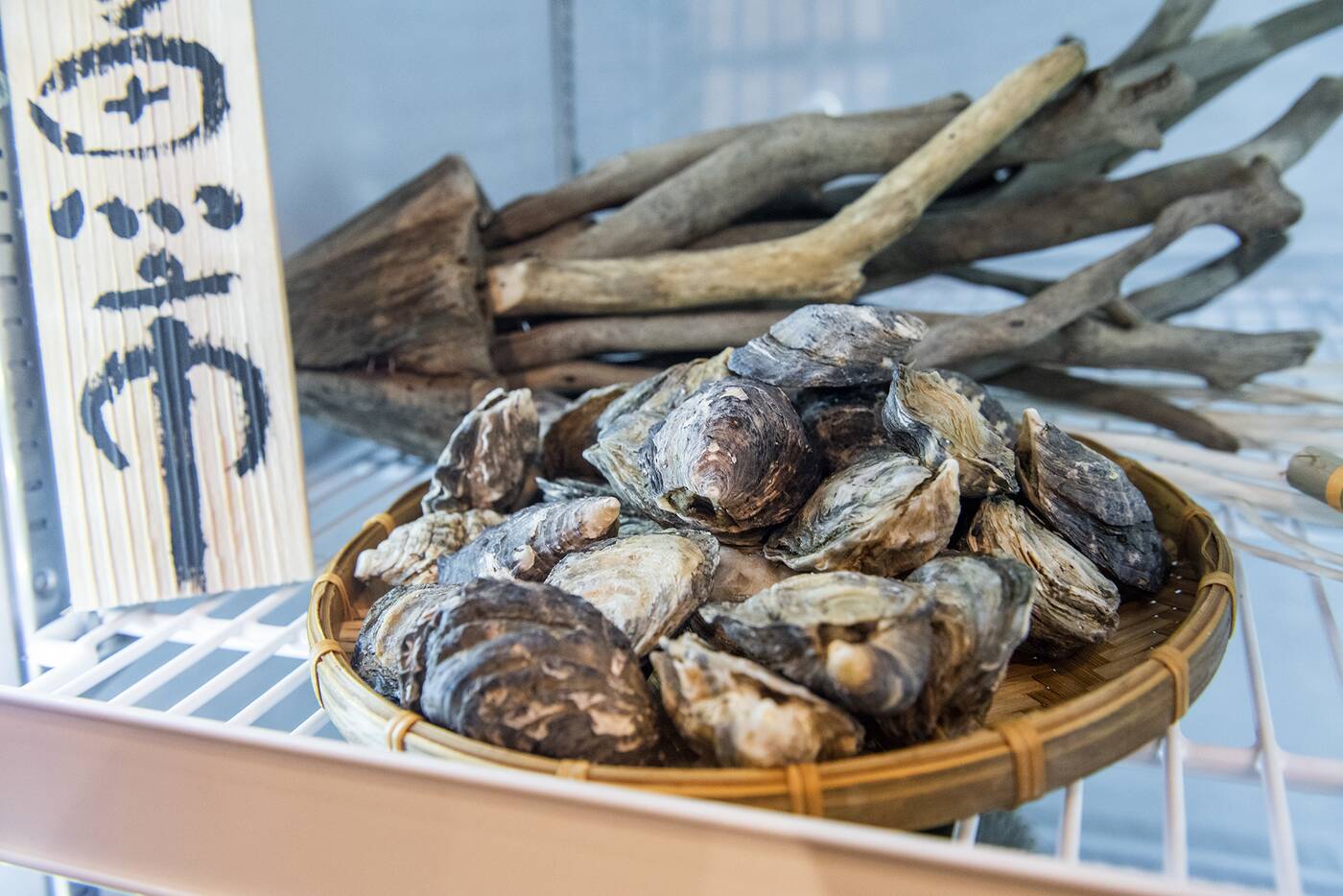 Further back is an impressive stock of oysters ($3.50 each) that range from Arcadia Gold to Kusshi oysters, to one specific kind from Korea that the owners have dubbed 'Butter Bay.'

One of the most decadent things you can get here is an Oo-Kinza creation called the Johnny Oyster, where those buttery Korean oysters are topped with a single piece of uni and ikura on top. 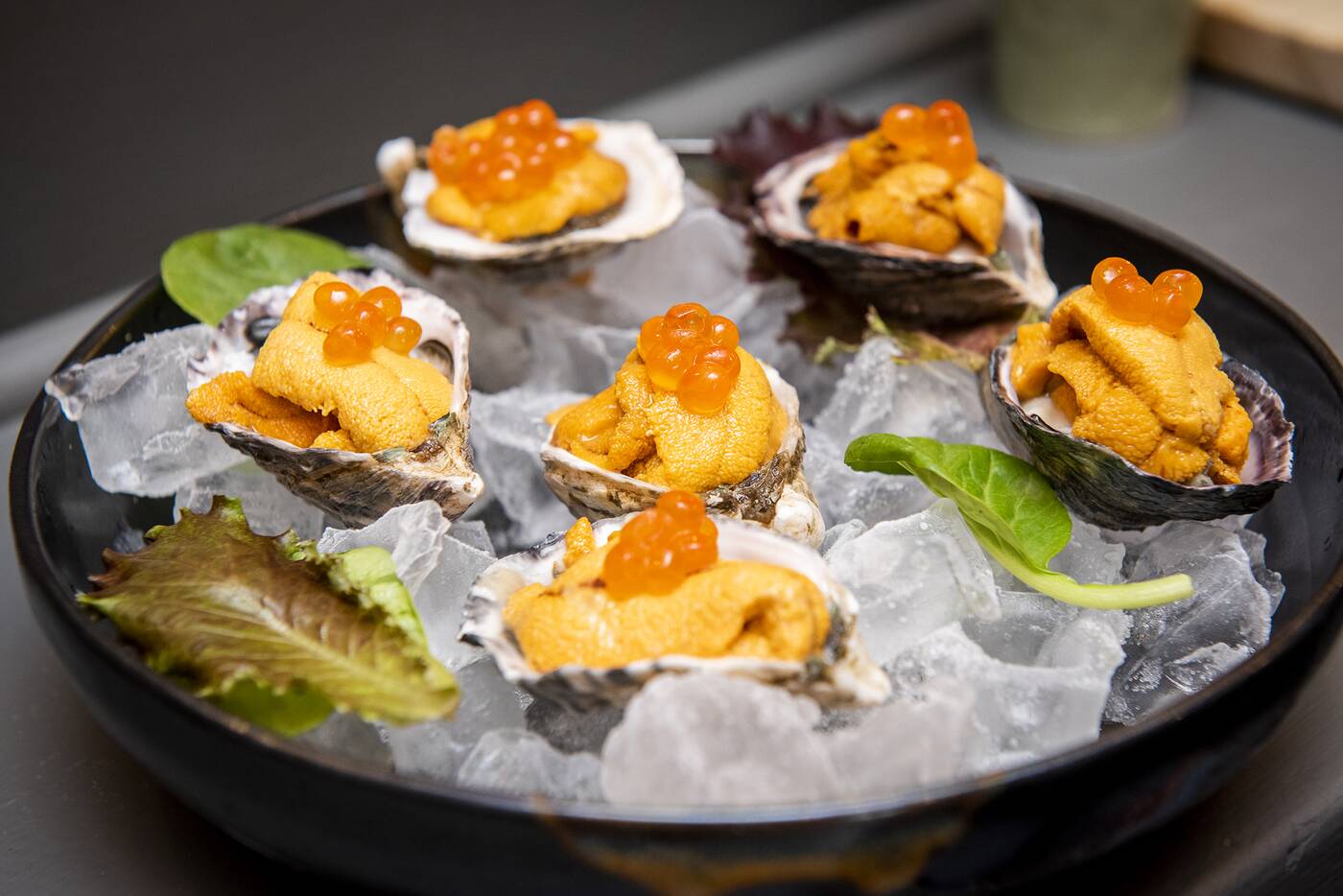 Its creaminess-overload, though you might actually be able to distinguish one rich component from the other, if you try hard enough. It's unnecessarily extravagant, and really tasty, but will set you back about $10 apiece, or $60 for a tray of 6. 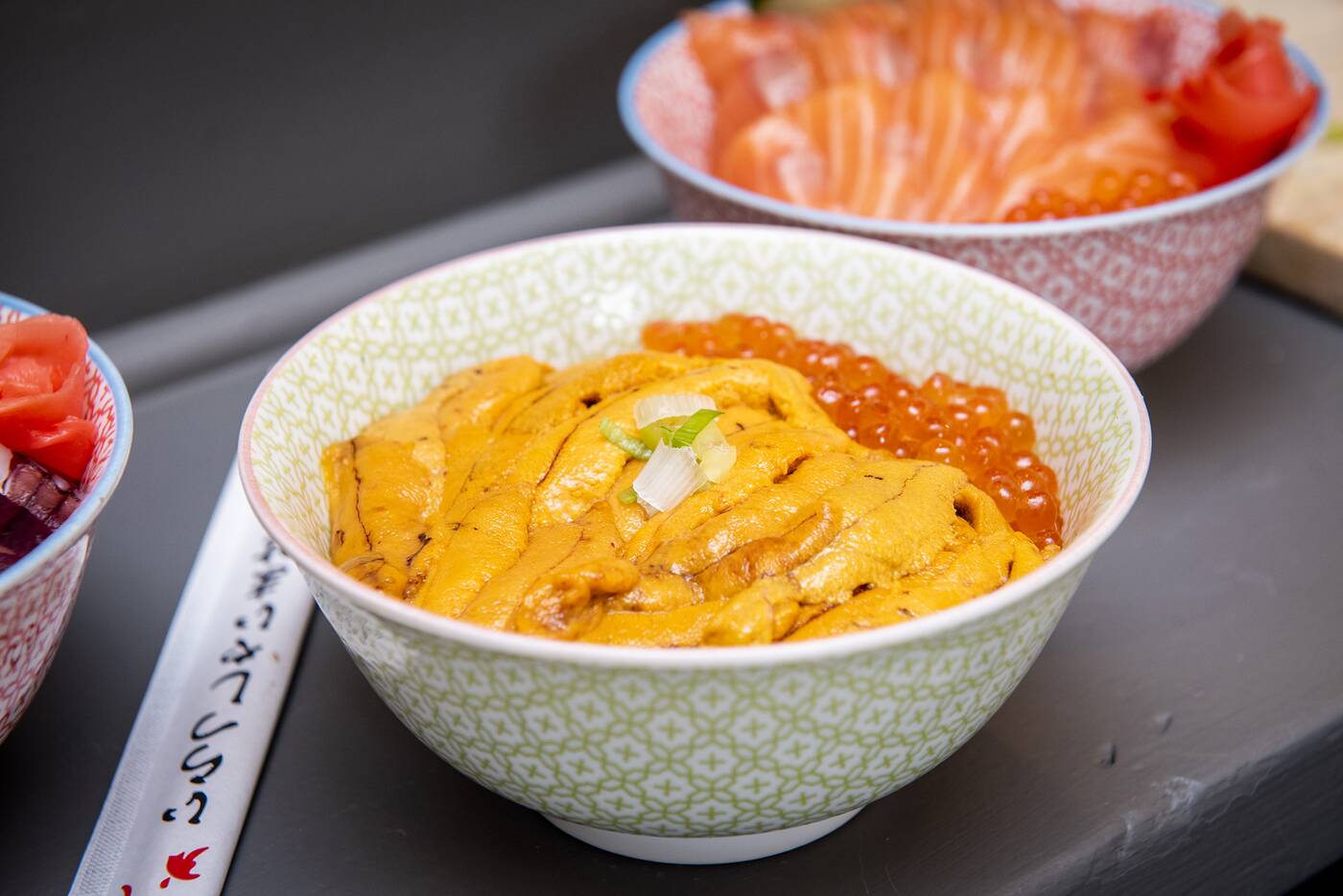 Hypothetically walk in and order a single slice of salmon sashimi, and be charged by the weight rather than a minimum quantity. You could grab tray of uni and have it on a bowl of rice, made for you right on the spot.

That being said, a pre-set uni don and ikura bowl ($38)  will satisfy any sea urchin craving. 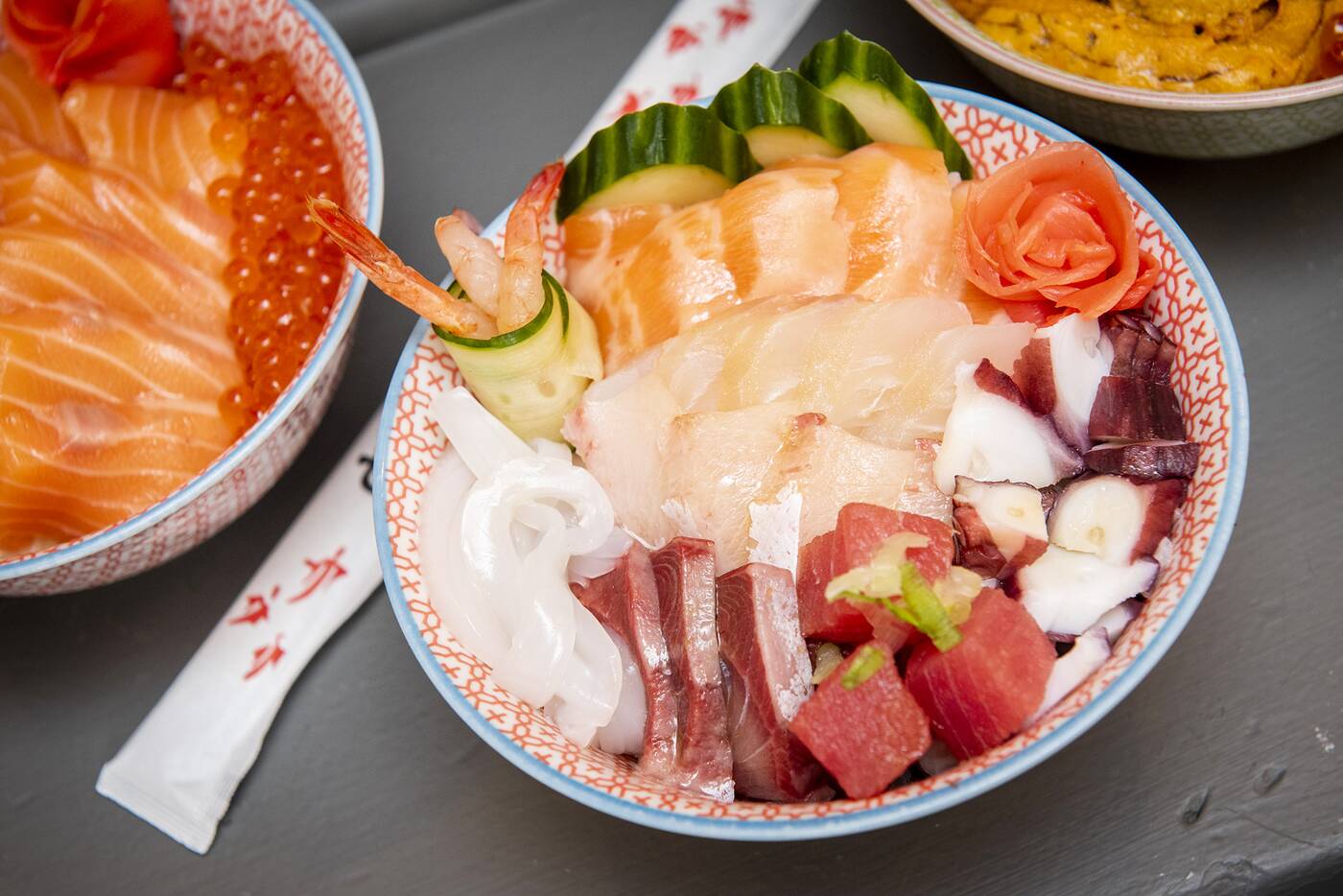 A chirashi don ($13.99) is decked out with a pile of "scattered" seafood, including red tuna, salmon, octopous, and squid. 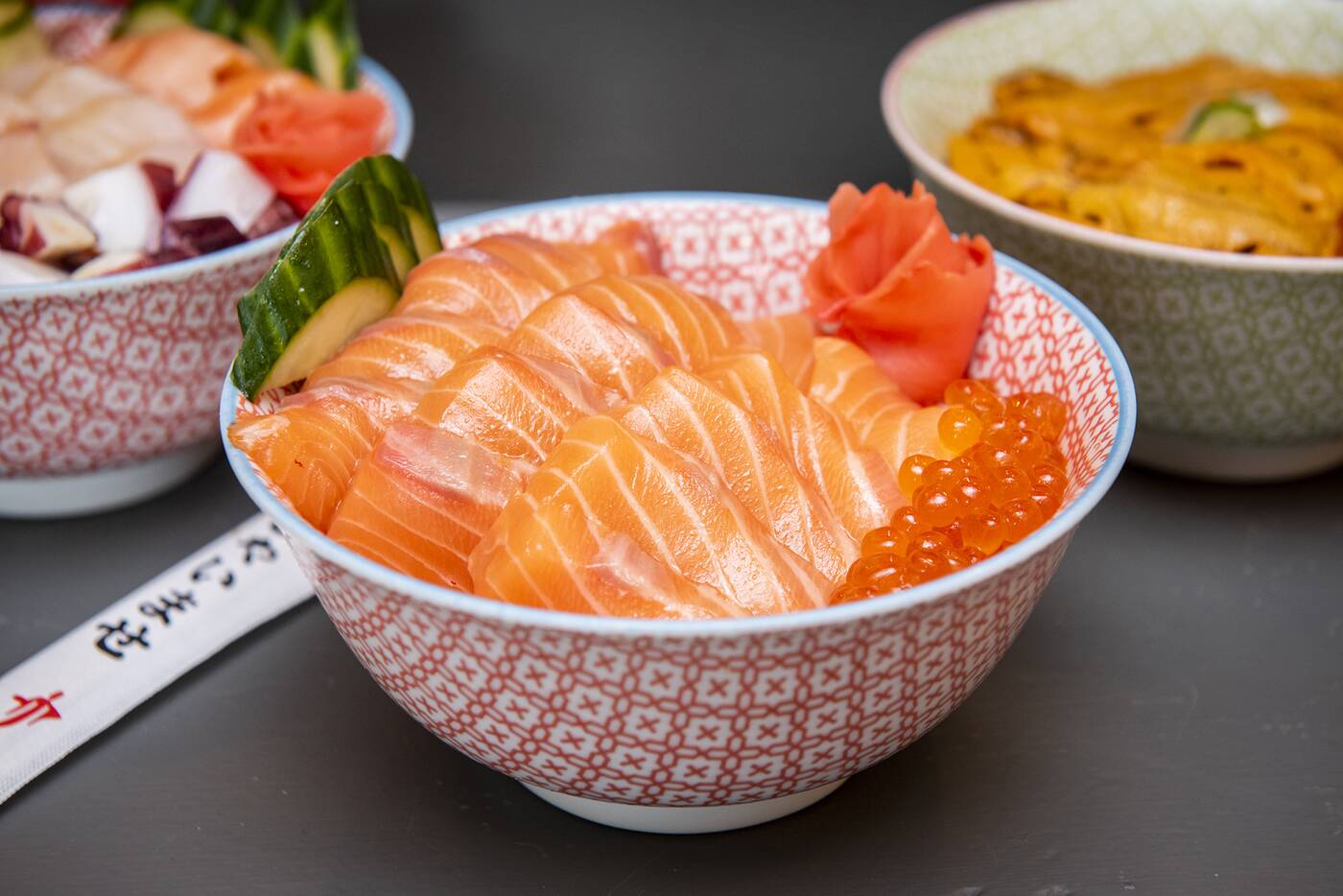 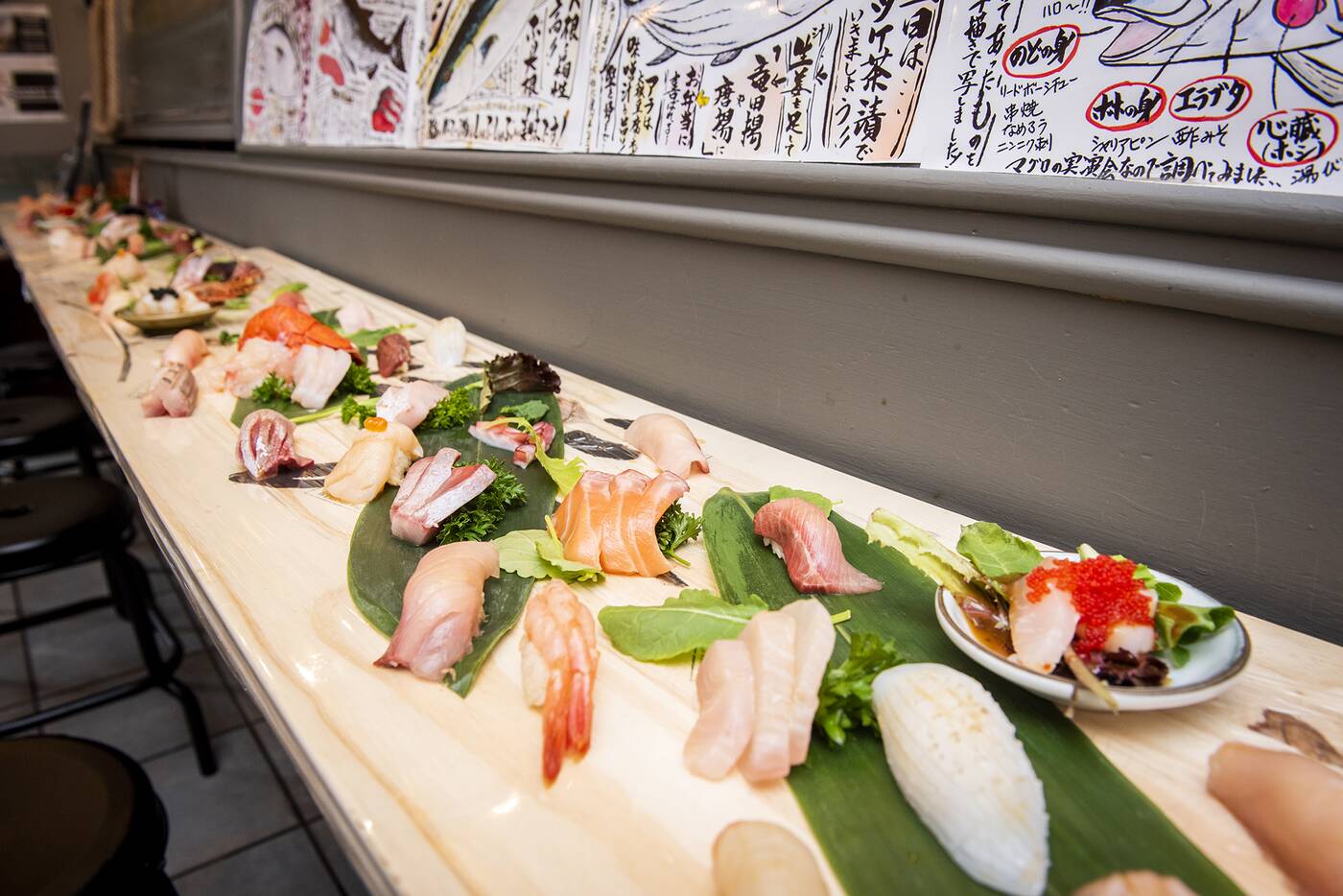 If you're trying to celebrate a special occasion, consider pre-ordering something called a Premium Fresh Table. 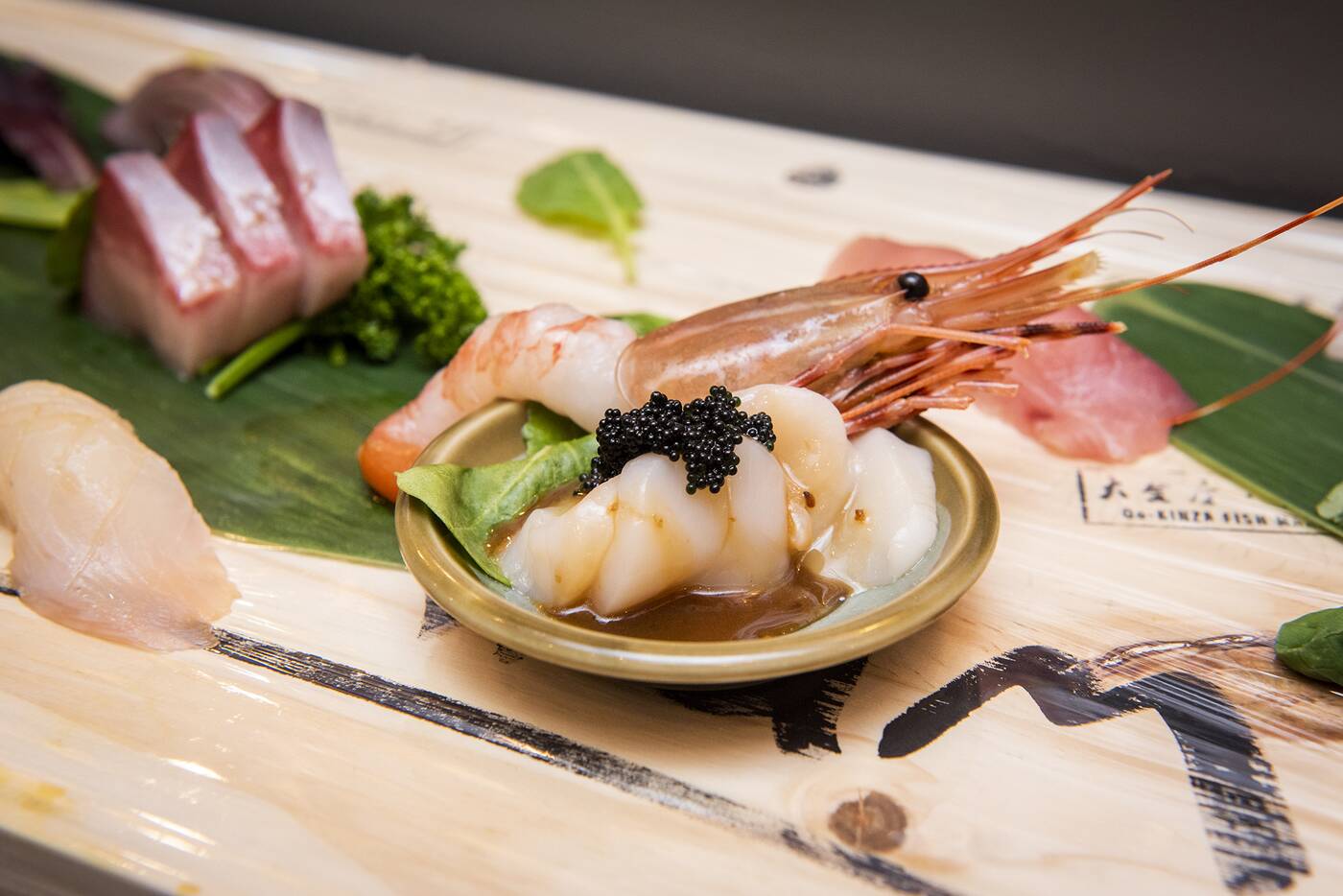 This dine-in option gets you a whole saran-wrapped board of fish exclusively from Japan, and costs $168. 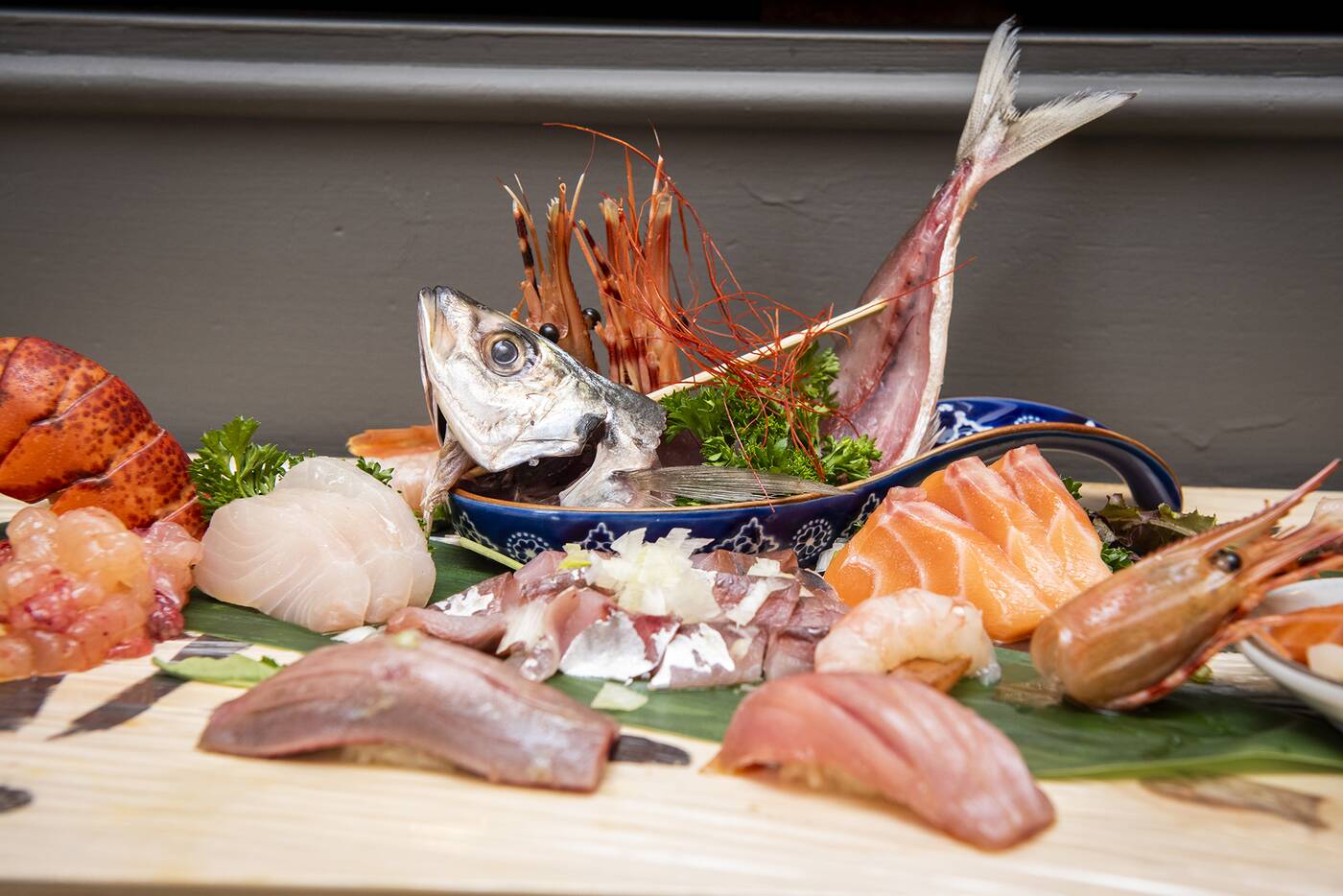 It's steep, but there's enough to feed three people, and you'll get a mixture of seafood like Hokkaido scallops, sea bream, kamabachi, hirami, Japanese mackerel, if it's in season, conger eel, and hamachi. 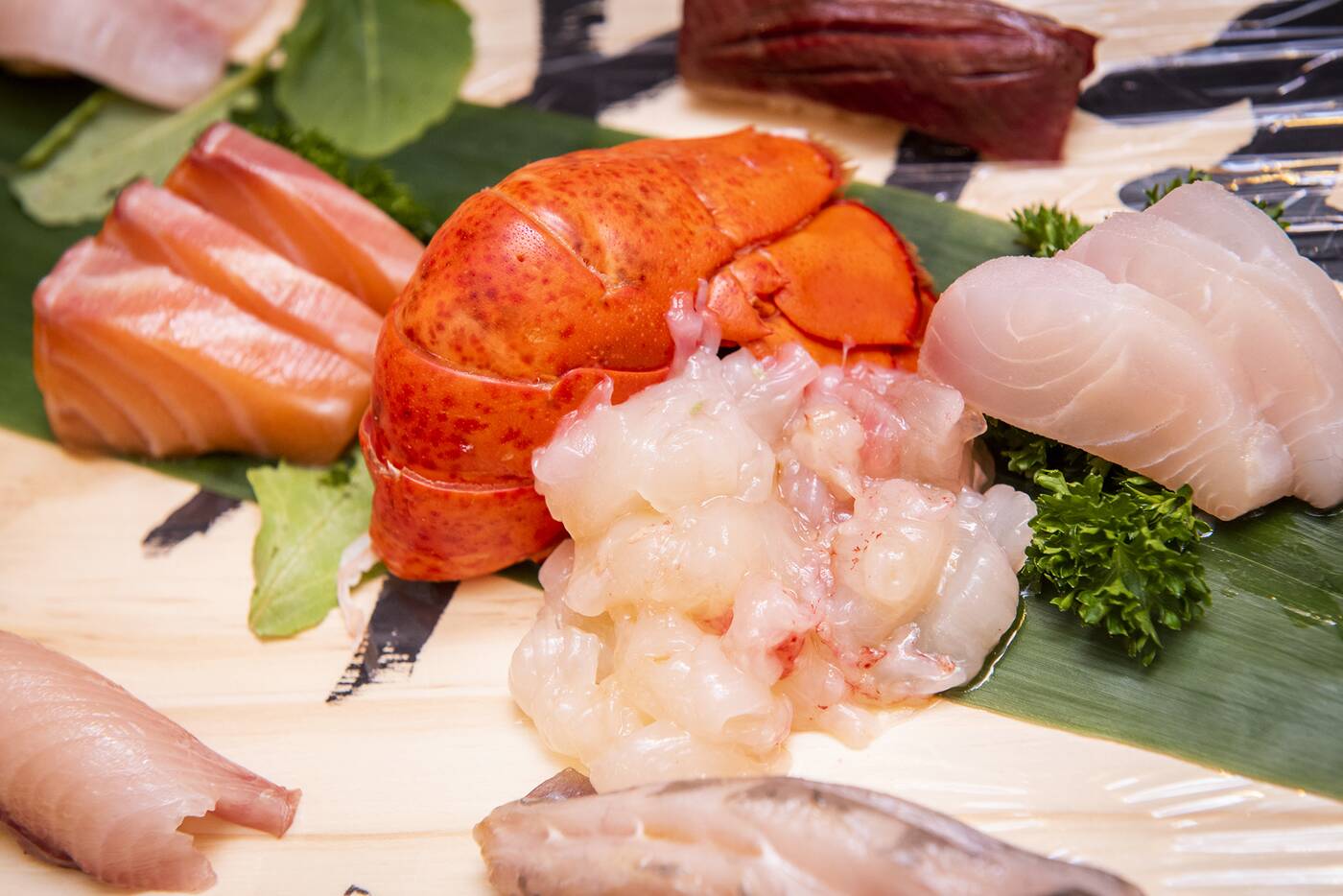 They'll also throw in some raw Canadian lobster. It comes with fresh wasabi, pickled ginger, and tea. No doubt it's an experience that sushi-lovers won't forget. 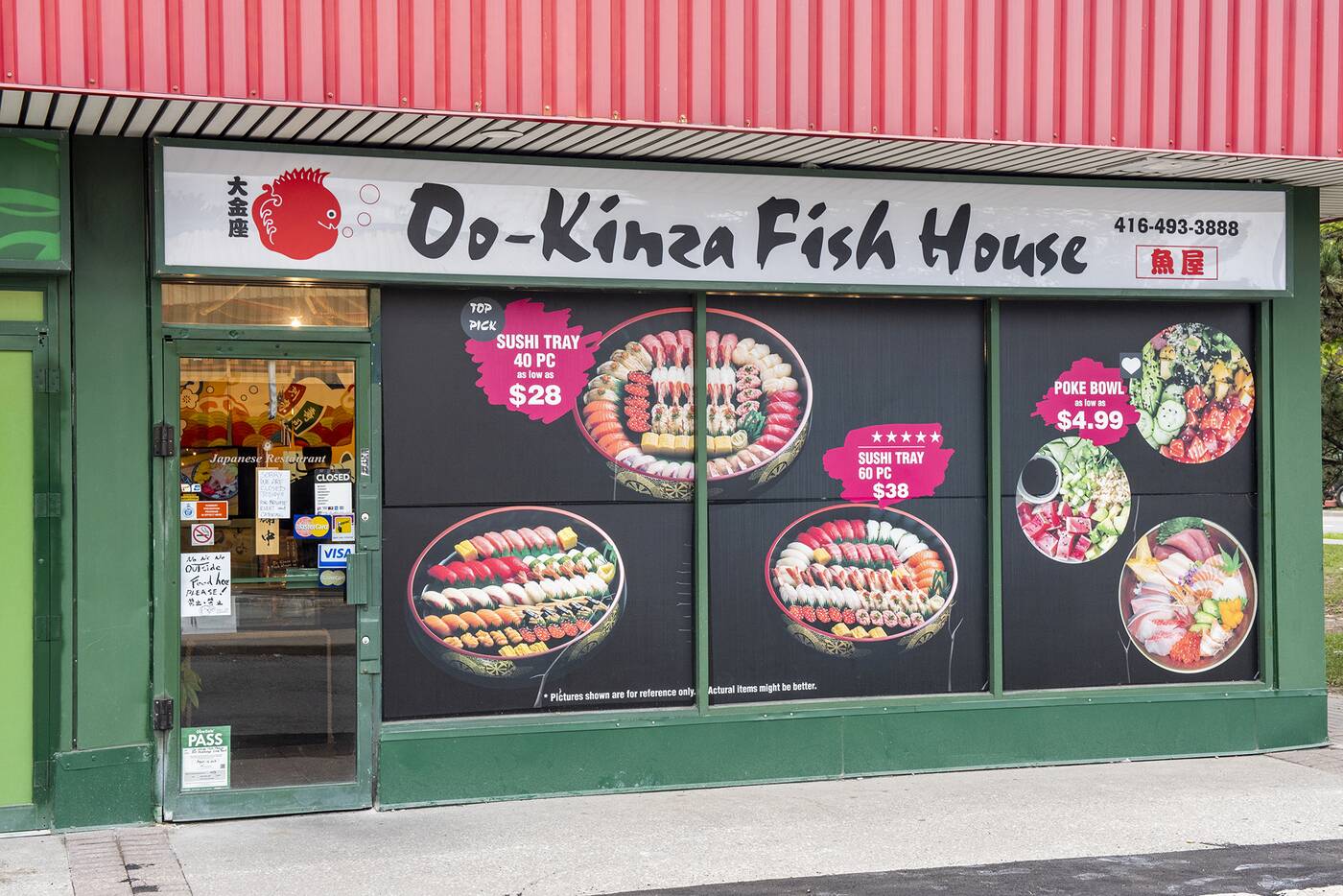 The Best Sushi in Toronto for Takeout or Delivery