The 10 most breathtaking ceilings in Toronto

Ceilings in Toronto can be truly breathtaking—opulent, even—you just need to know where to find them. Much of the city's most intricate vaulting is usually found in churches, but you'll also find these ornate roofs hiding in plain sight: just tilt your head back and look up.

Here are some ceilings in Toronto you might want to check out.

This Gothic Revival-style church is one of the oldest in the city. Designed by Edmund Burke (the same architect who created the Prince Edward Viaduct) the building actually caught fire in 1938. Thankfully it was rebuilt with a jaw-dropping stained glass skylight, to replace the original chandelier that hung there.

Those who frequent this Financial District building daily have the pleasure of walking beneath the "crystal cathedral of commerce".  Standing five storeys-high is this incredible eight-legged canopy designed by Santiago Calatrava, which connects Bay Street to Sam Pollock. 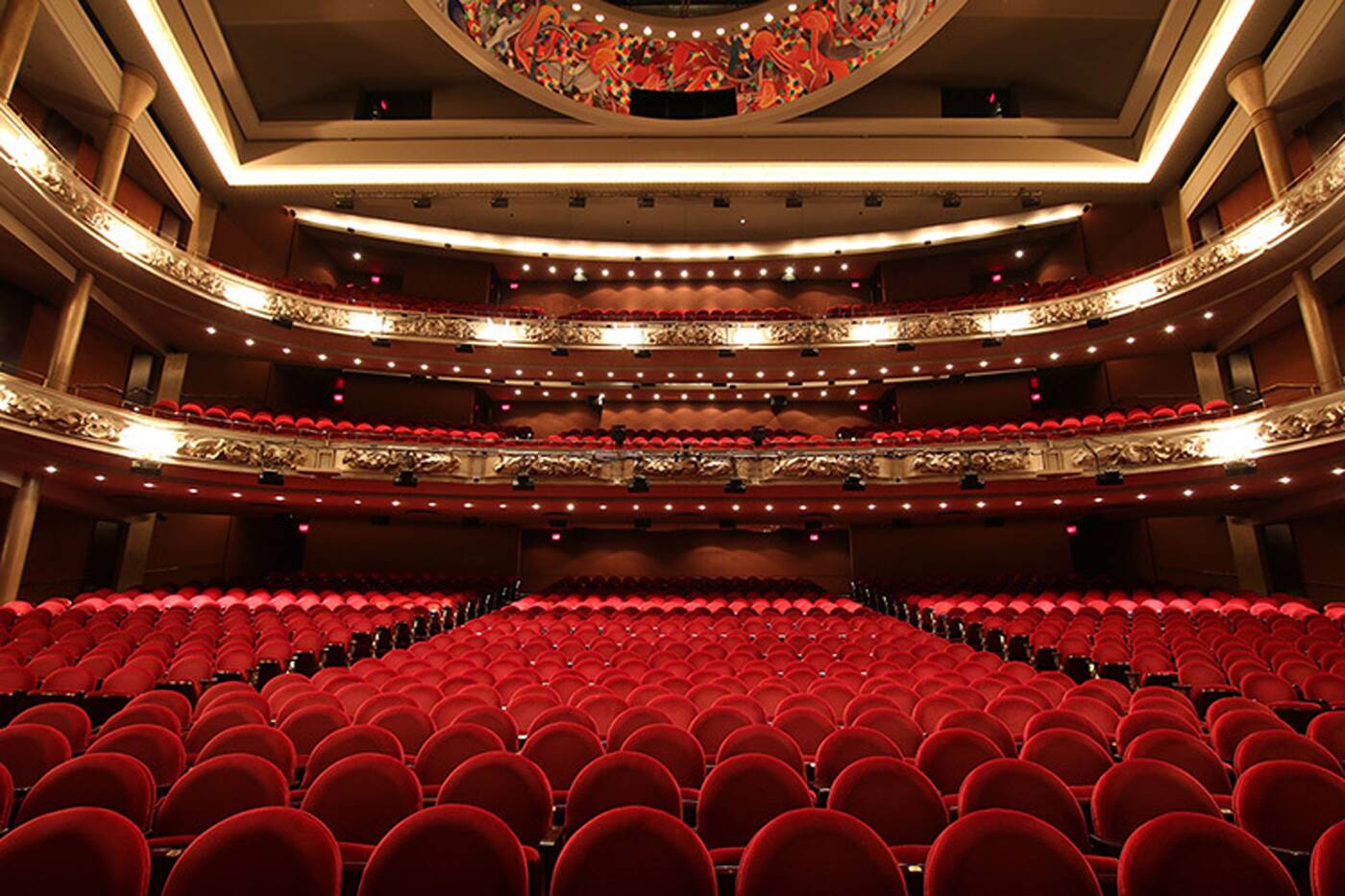 Photo via Princess of Wales Theatre.

Sure, the Lion King and Sound of Music shows may be a visual treat, but have you ever looked up to the skies at this King Street theatre? The whole place, including the domed ceiling with its oculus, is covered in murals by the abstract artist Frank Stella, painted in 1992.

This regal restaurant in the Financial District is as grand as it gets. Head up to the 31st floor of the St. Regis Hotel where you can dine on caviar and seafood platters beneath a swirling, whisky drink-inspired mural by Madison van Rijn.

Opened to much fanfare in 2017, the Vaughan subway stop marked the new north terminus of Line 1, and it's probably the coolest station on the TTC. The most iconic aspect of it is definitely the coloured mirrored panels that line the subways domed ceiling, titled Atmospheric Lense by Paul Raff Studio. 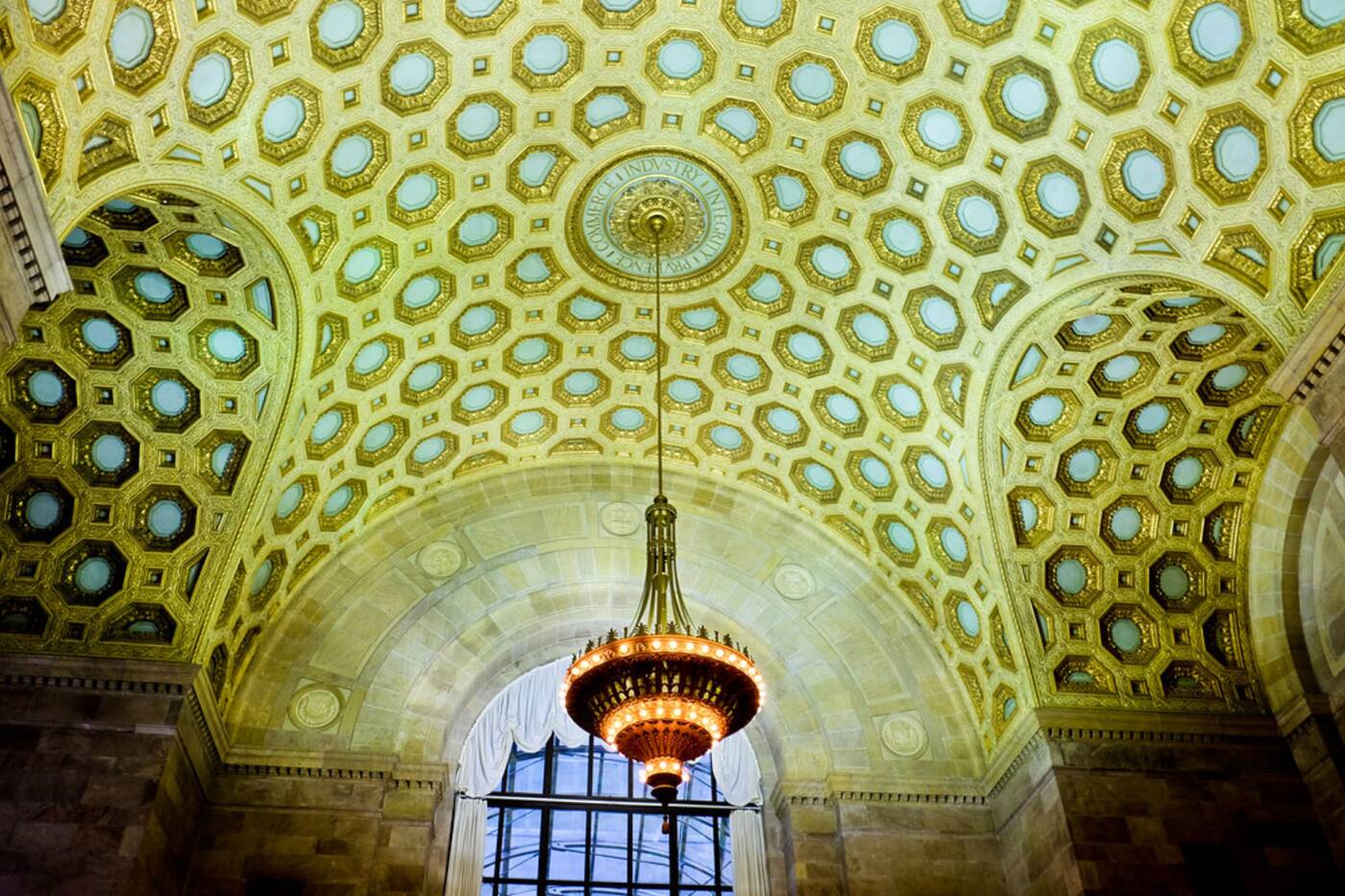 Once one of the largest skyscrapers in the Commonwealth, this Art Deco heritage Bank of Comerce Building (now a CIBC) is a favourite during Doors Open Toronto for a reason. The interior of its northern building, with its 65-foot coffered vaulted ceilings, is an incredible work of azure paint and about 715 ounces-worth of gold leaf.

Considered Toronto's signature Catholic Church, this Bond Street cathedral in the city's Garden District underwent a $128-million restoration a few years ago. The ceiling was completely re-painted by hand with the exact same blue colour as before, with yellow stars made from 22- and 23-karat gold leaf, for that extra shine.

This architectural gem was the first Greek Orthodox Church in Toronto, coined the "mother church" of the Greek Diaspora since it refashioned itself from a synagogue in 1937. The frescoes are  a Byzantine masterpiece, and it's the only place outside of Greece that was painted by a pair of Pachomaioi monks from Mount Athos. 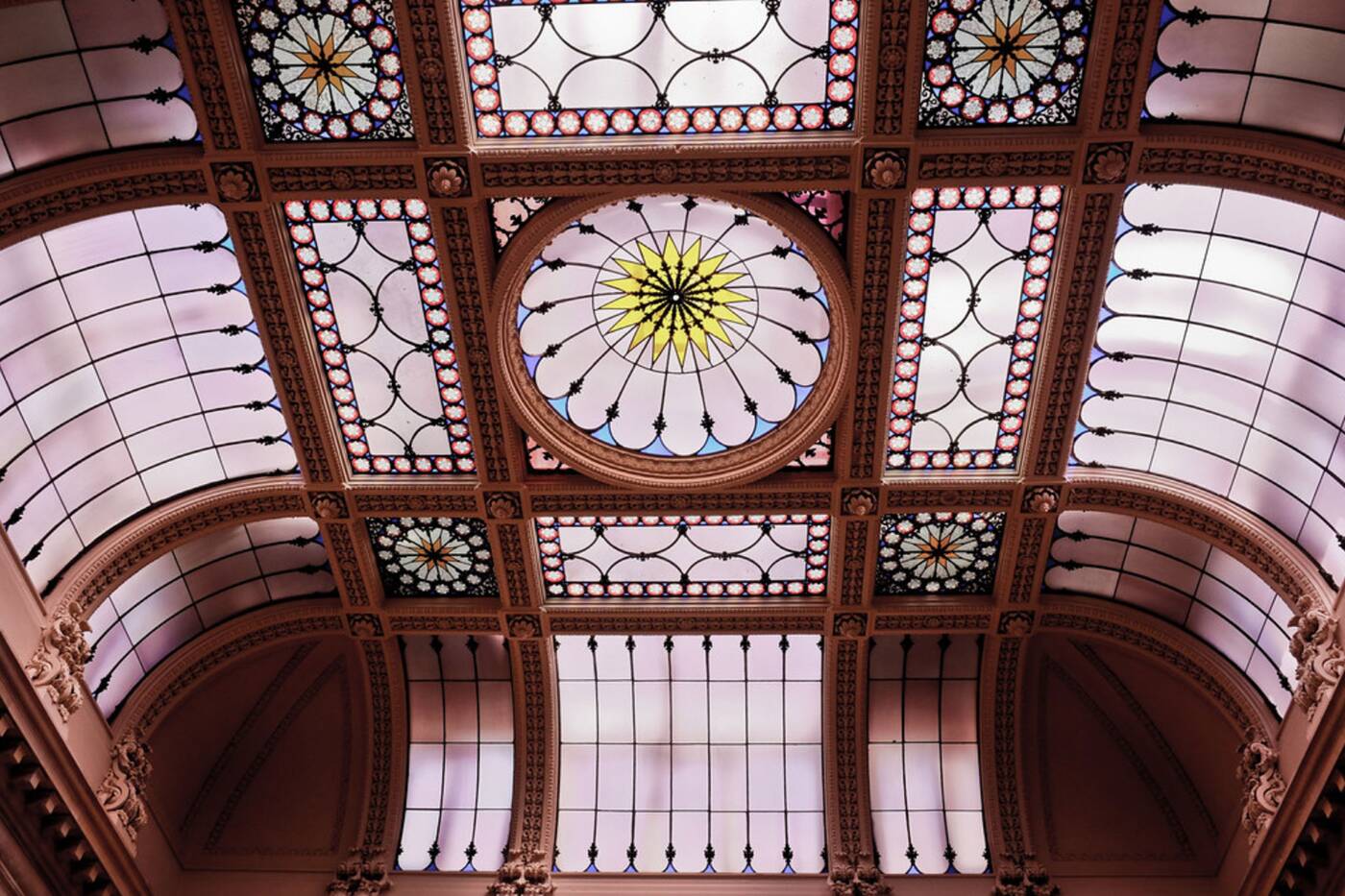 Deemed a national historic site for its incredible architecture, this hushed sanctuary on Queen West has undergone several restorations, with extra attention paid to the stained glass throughout the building. The ceiling in the central hall, with its circular ornament, is especially beautiful.