Construction has started on a sidewalk in Leslieville and one local business owner is not pleased.

James Lane, owner of Home James, took to Facebook to voice his frustrations with the unannounced construction positioned right in front of his store's door.

"I received no notice at all," says Lane.

In the Facebook post, Lane shared pictures of what used to be a sidewalk, but what is now a large hole filled with dirt. Yellow caution tape is wrapped around the perimeter of the trench ensuring people don't fall in, but also limiting access to the businesses behind it.

According to Lane, the shop, located on Queen Street East, has seen an overwhelming decrease in sales because the entrance has now become inaccessible to customers. 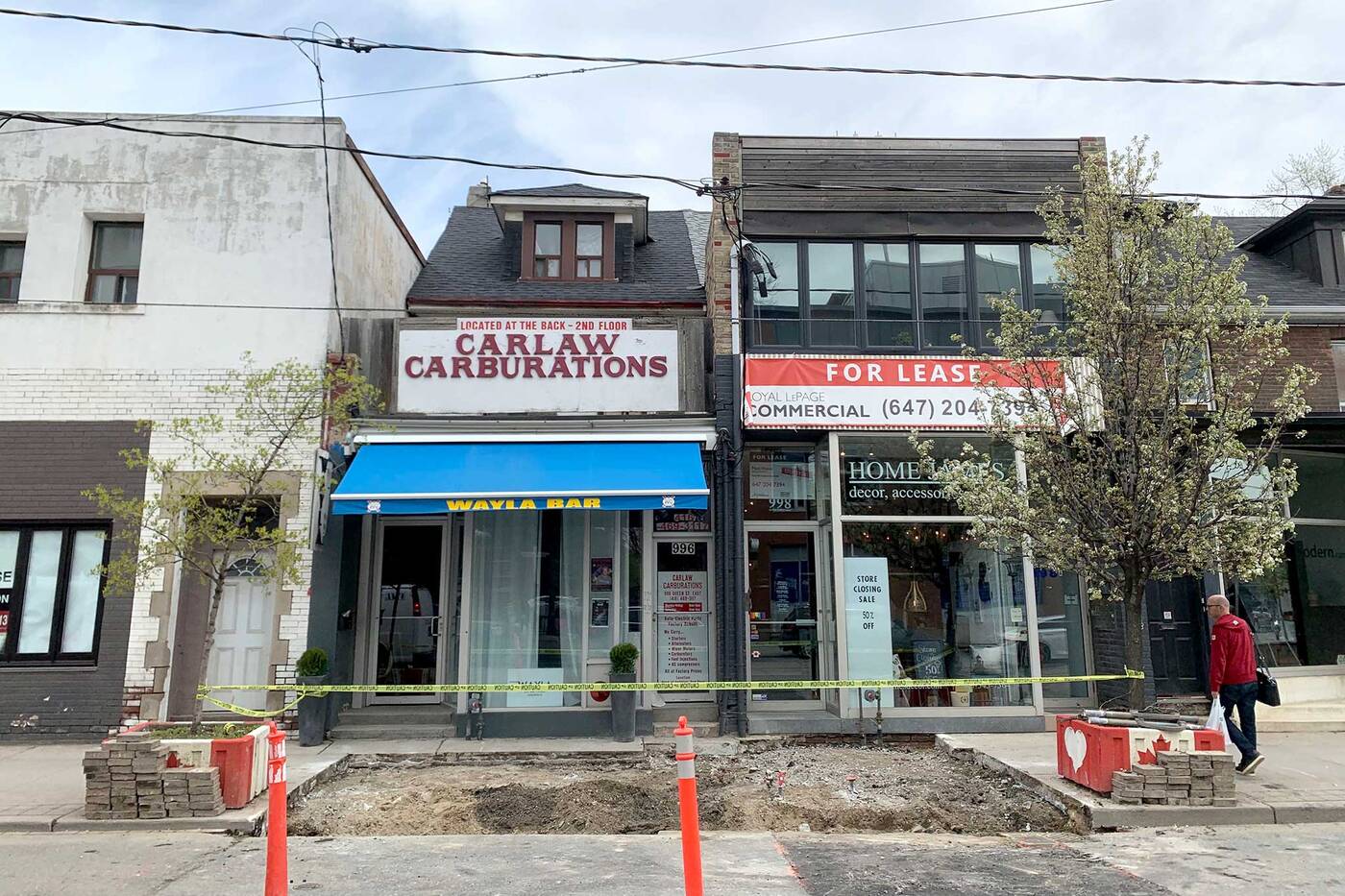 And this isn't the first time that Home James Decor has experienced surprise construction at its door.

Lane adds that he spoke to a city supervisor after a similar incident occurred where he was informed that the city would give him 48 hours notice if construction was to take place again, which Lane says he didn't receive.

The store has been given a makeshift ramp to make it easier for guests to enter the building, but due to an older clientele, he says that it isn't enough to help people safely enter. 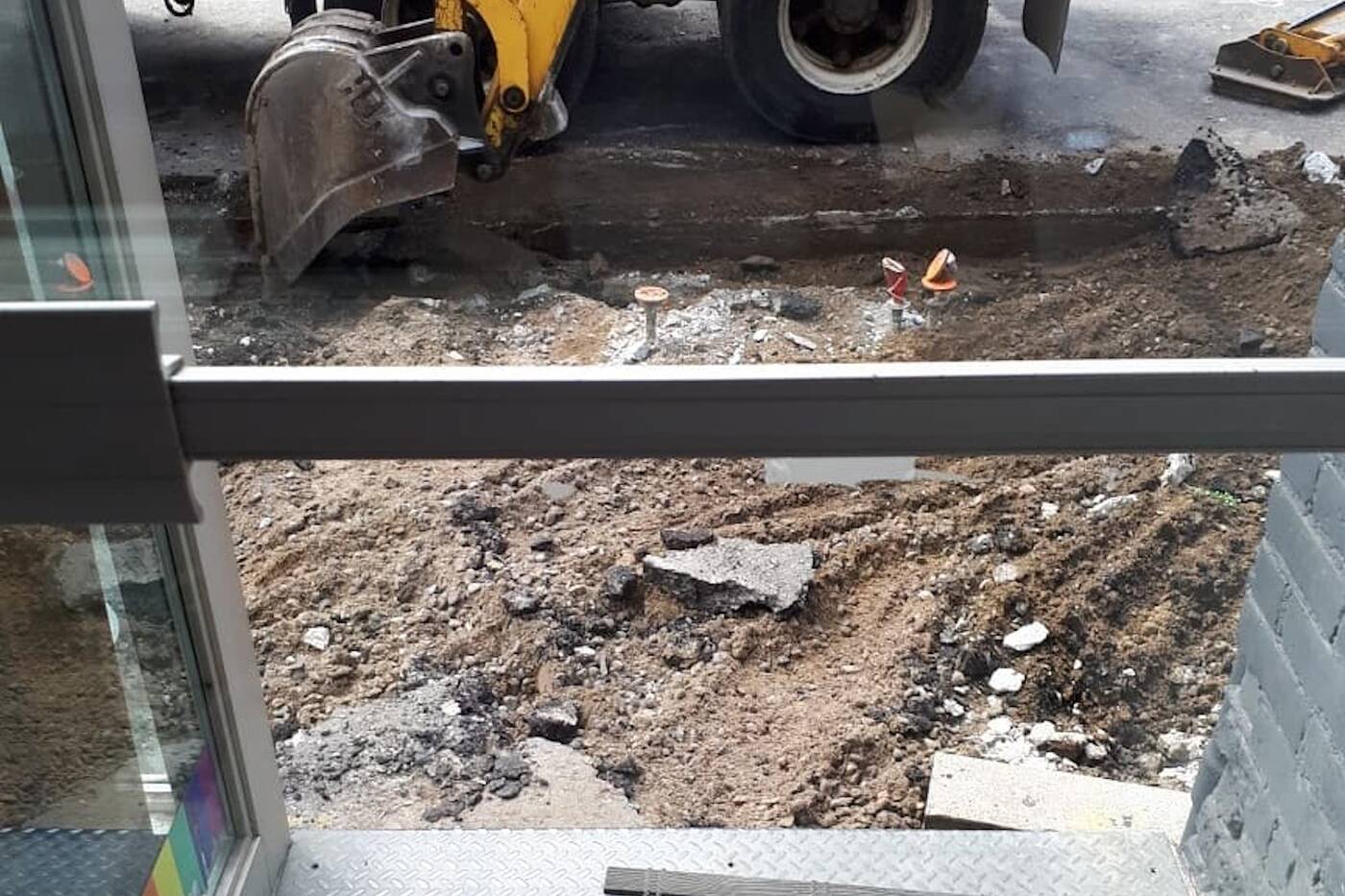 And the timing for this new sidewalk project couldn't be worse.

In April, Home James announced that it would be closing up shop and moving to a new home.

Lane says that with the end of his current lease, rent nearly doubled and he was forced to close his doors like other businesses in the area.

He's now on the hunt for a new location nearby.

The store is currently holding a 50 per cent off closing sale, but Lane says that not having safe and easy access into the store is impeding profits.

Lane says he contacted his local Business Improvement Area and that he was told that they will be filling the hole with concrete tomorrow morning.

Here's hoping that the sidewalk will return to its former state soon and that it will be back to business as usual.