It's been less than a year now since the people of Ontario voted PC leader (and now Premier) Doug Ford into office, but they wouldn't do it again, according to several recent polls.

"More and more Ontarians are turning away from Doug Ford as his support is collapsing," said Mainstreet Research CEO Quito Maggi, whose firm released new survey data this week.

"We have never seen an incumbent premier reach these depths in popular opinion with barely a year into his mandate." 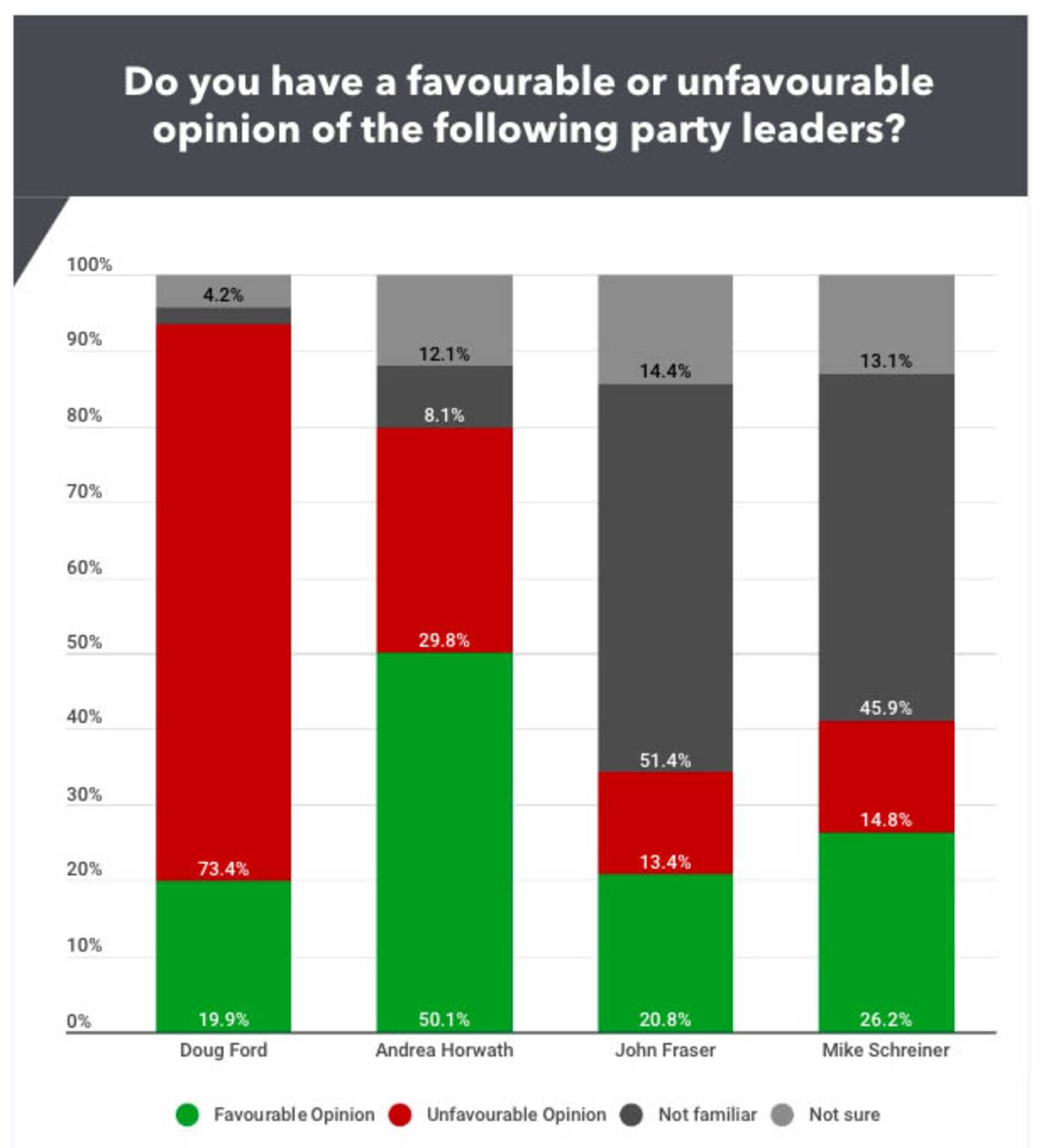 Nearly three quarters of those surveyed indicated that they had an "unfavourable opinion" of Ontario Premier Doug Ford. Image via Mainstreet Research.

After polling 996 Ontario residents on May 21 and May 22, Mainstreet concluded that Ford's favourability ratings have already fallen below those generated by Kathleen Wynne at the very end of her tenure as Premier.

Ford's net favourability rating currently sits at -53.5 per cent, according to Mainstreet, while Wynne's was at -35.3 per cent around this time last year.

NDP leader Andrea Horwath's net rating is currently +20.3 per cent, while Green Party leader Mike Schreiner and interim Liberal leader John Fraser's net ratings are 11.4 per cent and 7.4 per cent as of this week. 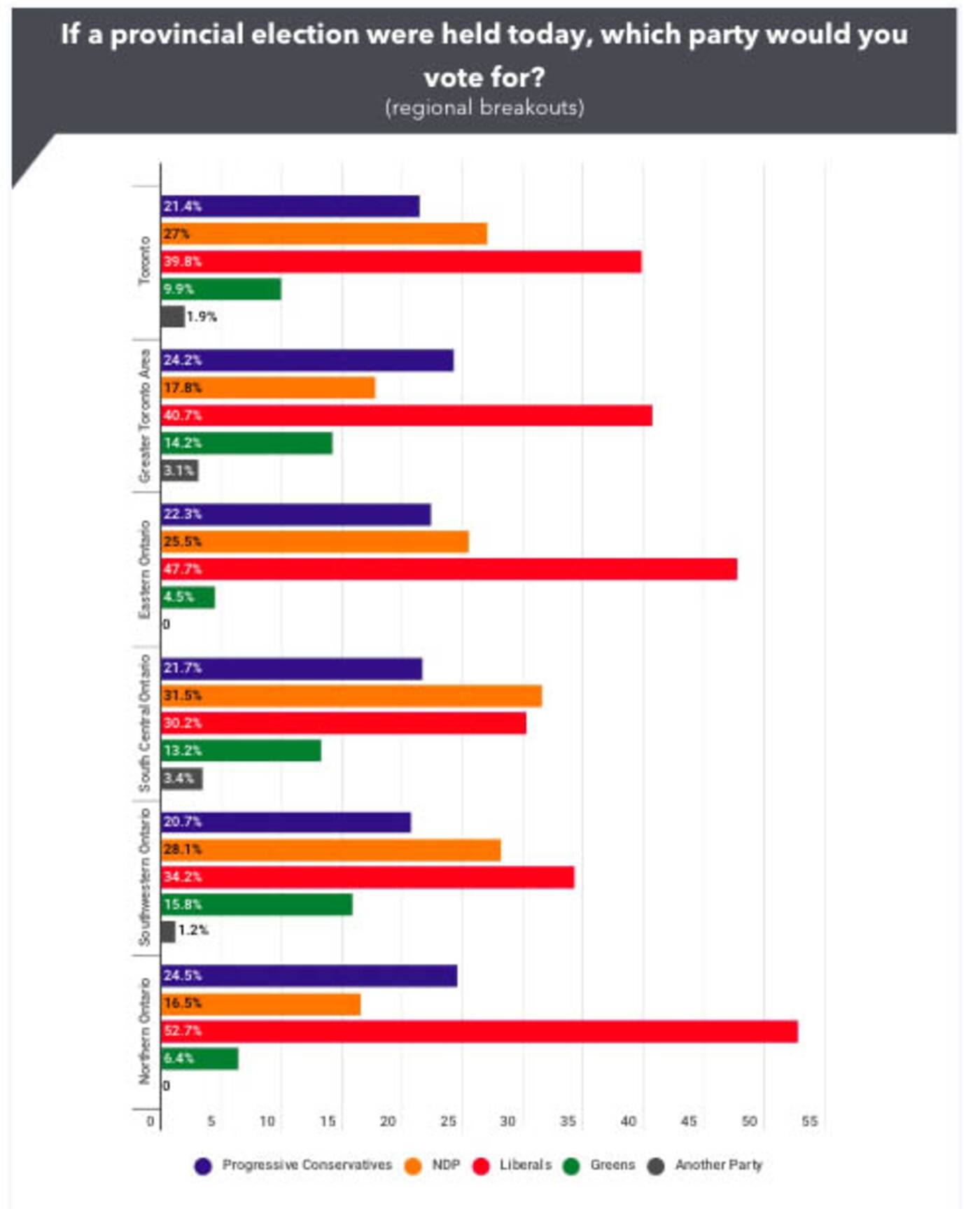 Another set of data released on Friday by Ipsos found similar sentiments among its sample of 1,000 adults living in Ontario.

"If a provincial election were held tomorrow, the Ontario Liberals would receive 32 per cent of the decided popular vote, up 12 points from their election tally in June of last year," reads a release from Ipsos titled "Ontario Premier Ford's Honeymoon in Rearview Mirror."

Ipsos explains that only three in ten people approve of what the PC government has been doing since it took office last June, with men showing stronger support for Ford than women.

Those polled were strongest in favour of Ford's cuts to government spending in general, indigenous issues, and arts and culture programs. Image via Ipsos.

"When cuts to specific ministries or programs are presented to Ontarians, most do not support the spending cuts, which helps to explain the opposition the government is facing in reaction to some of their announced cuts," reads the polling release.

Among the most contentious cuts are those to poverty reduction, support for seniors and, right at the top the list with 68 per cent of people opposing, cuts to Ontario's healthcare system.